Karl Lagerfeld found himself in a war of words with actress Meryl Streep just before the Oscars — he was quoted in WWD saying that the 20-time nominee had backed out of wearing Chanel on the red carpet when the fashion house wouldn’t pay her, a claim Streep denied.

But all squabbling was forgotten Tuesday morning at Chanel’s outer space-themed Paris Fashion Week show, for which the designer built a rocket inside the Grand Palais, and aimed it at the center of the building’s famous ironwork and glass ceiling. 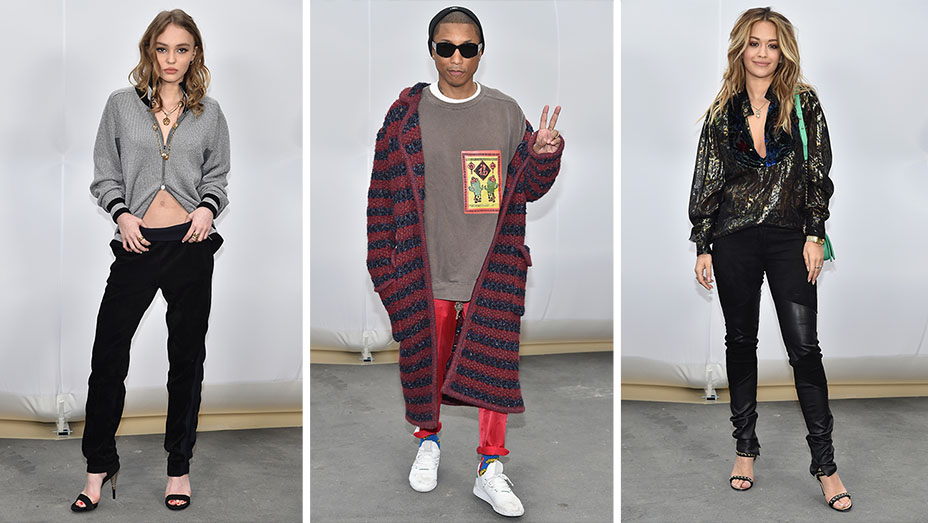 Rita Ora and Chanel brand faces Pharrell Williams and Lily Rose Depp were on hand for the launch of the fall 2017 ready-to-wear collection: a throwback to the original Space Age with ‘60s-inspired tweed, check and houndstooth shift dresses, tunic top and miniskirt combinations, and chain-trimmed coat dresses, all contemporized with tweed shorts layered underneath.

The look echoed the pared-down ladylike chic Lagerfeld debuted in the Chanel couture collection in January, and stripped back the kitschy cuteness of past blockbuster theme shows in favor of clean lines and uncomplicated clothes. 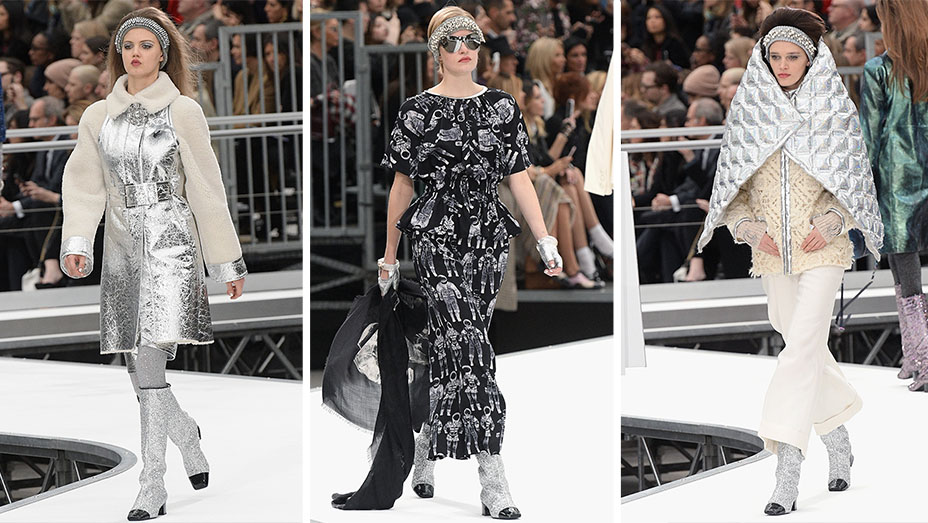 The iconic Chanel suit was recut for the fall season with a short, A-line wrap skirt and boxy jacket, and worn with shimmery white tights and glitter cap-toe knee boots with square heels. Smaller versions of the wide belts from couture cinched a white shearling and silver metallic calfskin coat, and an iridescent green leather trench.

After models trekked the curving catwalk spanning the length of the Grand Palais, they lined up around the thrusters to await the countdown. And it was difficult not to have a soft spot for Lagerfeld when he brought his eight-year-old godson Hudson Kroenig (son of Chanel muse, model Brad Koenig) along for his victory lap, and let the boy push the launch button.

The countdown commenced and then boom — we had liftoff! Smoke and fire rumbled from the engines, Elton John’s “Rocket Man” rang out, and a visual effect made it look like the Chanel rocket had launched, without it tearing through the glass ceiling of the Palais. Although the collection didn’t necessarily explore bold new territory for Lagerfeld or Chanel, it was a lot of fun. And judging from Hudson’s smile, he was over the moon.

Difficult not to like Lagerfeld when he walks his godson Hudson around the runway and let’s him launch the #Chanel rocket #PFW pic.twitter.com/irKw9bPUp6