Lagerfeld lovers rejoice: Today, the German fashion designer’s collaboration with Australian beauty brand ModelCo debuts and his infamous silhouette is splashed all over the 18-item collection. As the product — including eye, lip and face makeup, along with brushes and a minaudiere — are only being made once, the collectibles are expected to sell out.

Victoria’s Secret Angel and it model of the moment, Stella Maxwell, fronts the campaign, dubbed “Kiss Me Karl,” wearing a tuxedo jacket, pink lips and shiny blonde locks. This is not the first time Lagerfeld and Maxwell have teamed up; she fronted his namesake fashion collection in the fall of 2017, and has secured the title of Lagerfeld muse, following in girlfriend Kristen Stewart’s sneaker-clad footsteps.

Maxwell told Pret-a-Reporter she is “thrilled to be chosen to front the ModelCo beauty collection,” adding, “I genuinely only work with brands I respect and admire.” When asked about Paris-based Lagerfeld’s recent controversial remarks that he’s “fed up” with the Me Too movement, Maxwell had no comment. But she did walk in the Chanel Cruise show in Paris last week, with Stewart looking on from the front row. Certainly no ban-on-Karl in this household.

This beauty collaboration is not Lagerfeld’s first, nor his beloved Birman cat Choupette’s first — he debuted a makeup collab with Japanese brand Shu Uemura for holiday 2012 and followed that two years later with Shupette, which had a fluffy white feline on all the packaging. ModelCo is also in the business of partnering with boldfaced names. The brand — launched in 2002 with a heated eyelash curler (the first of its kind) and innovative Tan Airbrush in a Can, one of which sells every 36 seconds, according to the company’s founder and CEO, Shelley Sullivan — has collaborated previously with Elle Macpherson, Rosie Huntington-Whiteley and Hailey Baldwin. 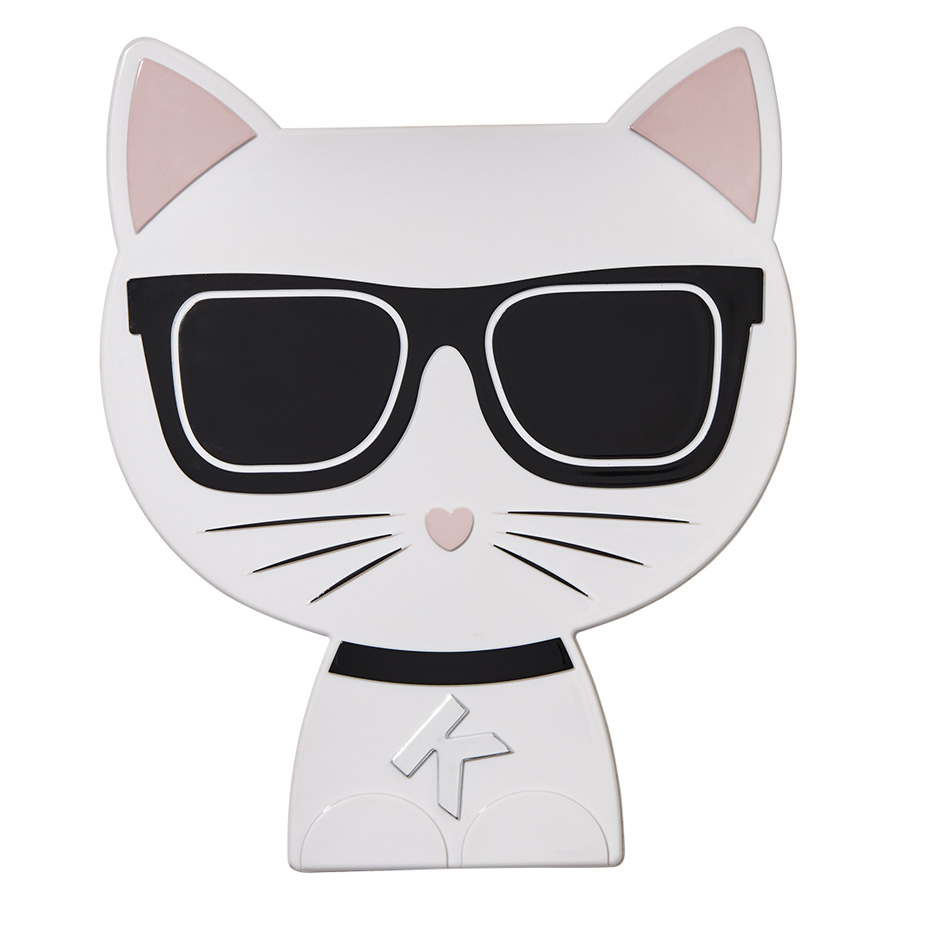 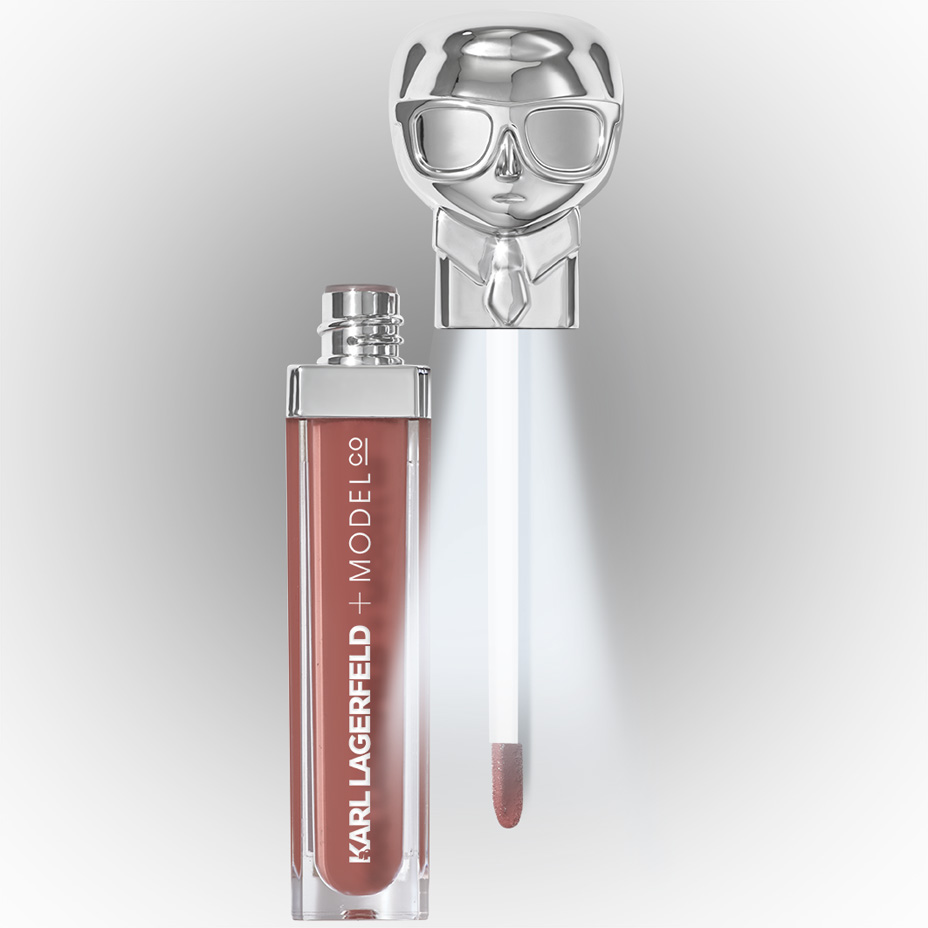 She also loves the shea butter lip balm that comes in pink or silver Lagerfeld heads, “as this is such a cool collectible must-have,” and says the Choupette Eyeshadow Palette “is hands down the ultimate fashionable color edit of wearable eye shades.” The palette, available in Warm Nude or Smokey Burgundy, holds 16 shadows in one palm-size, cat-shaped compact, an ode to Choupette, who can be found on Instagram with 110,000 followers. 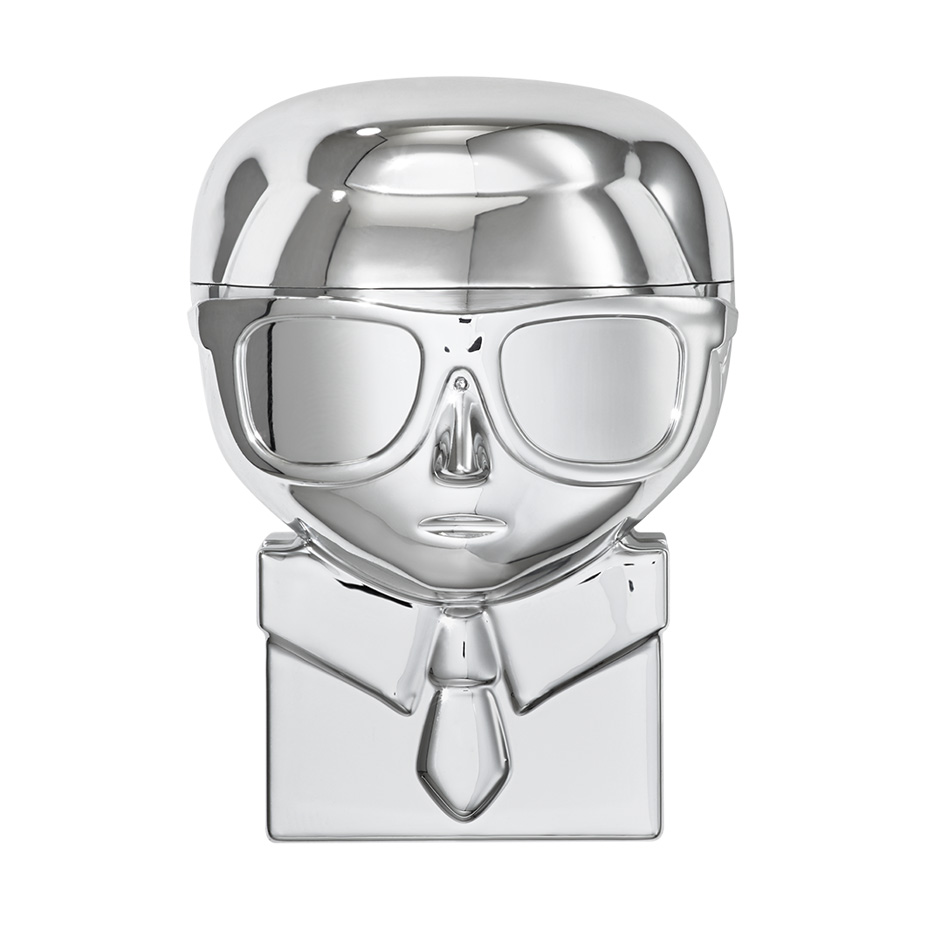 Maxwell says she will tease the campaign on her own social media, including to her 3.6 million Instagram followers. That’s a cool 3.5 million more than Choupette. But who’s counting.

Karl Lagerfeld + ModelCo is available at nordstrom.com, karl.com and modelco.com and ranges in price from $10 for collectible puffer stickers to $195 for a minaudiere with mini lip kit.