The creative director of Chanel (who was notably absent from his Chanel haute couture show in Paris earlier this month) will partner with Roitfeld on his eponymous brand, Karl Lagerfeld. Roitfeld previously collaborated with Lagerfeld on his successful Karl Lagerfeld for H&M line in 2004 that sold out in two hours.

Roitfeld will curate a selection of Lagerfeldd’s fall 2019 line called “The Edit by Carine Roitfeld,” featuring her essentials and favorite pieces. “The collaboration will further evolve with additional projects to be announced later this year,” the Lagerfeld house told WWD. It will highlight “versatile styles with mix-and-match appeal,” debuting in the fall at Karl Lagerfeld stores and online.

“[Roitfeld] knows what she wants; she has a vision and she states her vision,” Lagerfeld said in a statement to WWD. “She is actually what she seems to be; she matches her image, she fits in her universe, and she is a perfect match for KL.”

In turn, Roitfeld called Lagerfeld “one of the smartest, most inventive and innovative people I have ever known.” After working with Tom Ford, Roitfeld styled campaign shoots for brands from Chanel to Yves Saint Laurent, eventually running French Vogue for 10 years beginning in 2001.

Known for her pencil skirts, Roitfeld has previously partnered with Japanese brand Uniqlo for military-inspired apparel, slips and blazers. She is the founder and editor of CR Fashion Book, which led to additional volumes, CR Men’s Book and CR Girls in 2016.

The rise of fashion collaborations has been attributed in part to Lagerfeld, who last year partnered with Cindy Crawford’s supermodel daughter Kaia Gerber on a capsule collection for the Karl Lagerfeld brand. The iconic 85-year-old designer has also teamed up with Vans sneakers, Australian beauty brand ModelCo, Fossil watches and Japanese makeup brand Shu Uemura. 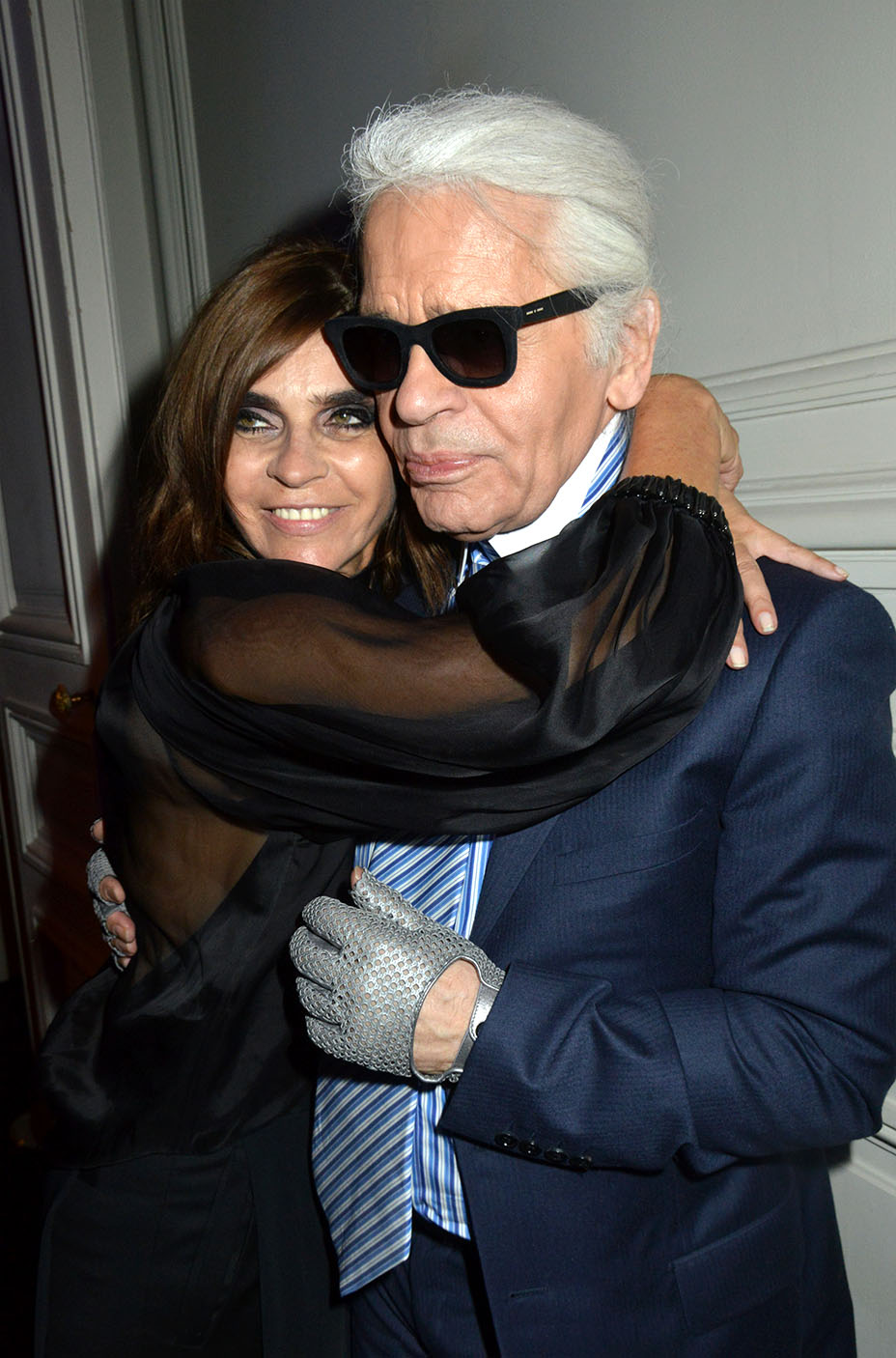