Kate Beckinsale, David Arquette, Rumer Willis and Josh Hutcherson were among the Hollywood stars who made the scene this weekend at the opening of On the Record in Las Vegas, the first out-of-Los Angeles venue for nightclub-and-bar impresarios Jonnie and Mark Houston.

On the Record features a number of the cool kitschy hallmarks for which the Houstons are known, including a speakeasy-style entrance, a secret room known as the Vinyl Parlor — where mixologists from coast-to-coast serve as “Bartenders-in-Residence” concocting song-inspired cocktails — and three karaoke rooms which have fast become the spot for stars, including Jeremy Renner and Dave Grohl, to hang out and cut loose.

The design ranges from framed vinyls and walls of retro cassettes to a commissioned 1963 Bristol Lodekka double-decker bus converted into a DJ booth and bar. “During our L.A. openings, even though we have a lot of celebrities come out, we keep it really low-key,” said Mark Houston. “Now that we have a red carpet here, this is magnified, this is like 2.0. I’m like, ‘What is going on?’ We’ve built up a lot of positive vibes and energy. People are super excited about it, and we’re just happy to be part of this city and create something different.”

“We are buying a house here — we love Vegas!” added Jonnie Houston. 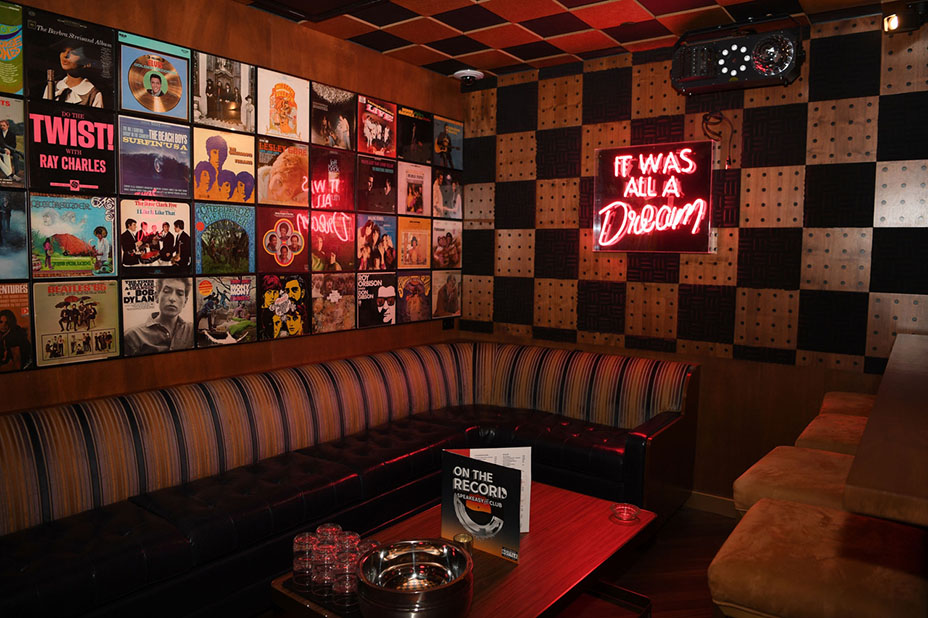 Beckinsale came straight from the Producers Guild Awards in L.A., where she presented earlier in the evening, and hinted on the red carpet that she would be heading straight to karaoke: “‘Lucky’ by Britney Spears [is my go-to song], just because we’re representing unity,” she said. Joined by Willis inside, the duo sang along to Queen’s “Bohemian Rhapsody.” 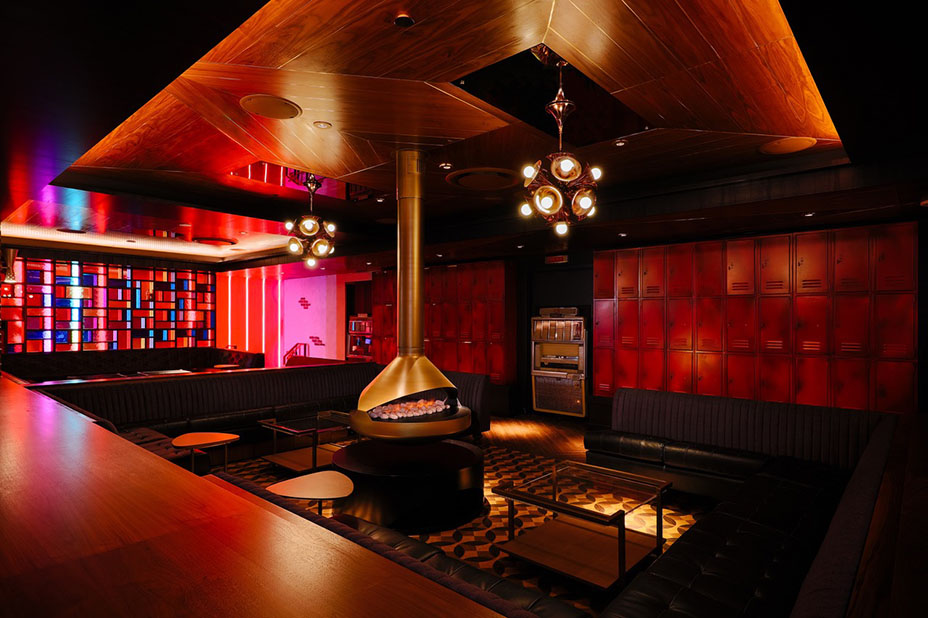 Wearing a white Mishka one-shoulder mini-dress and metallic Louboutin heels, the actress spoke of spending six months in South Africa, filming the upcoming Amazon/ITV series The Widow, which she called an “intense, emotional time.” “I didn’t know the ending when I started shooting it. I’ve never done that before,” Beckinsale said. 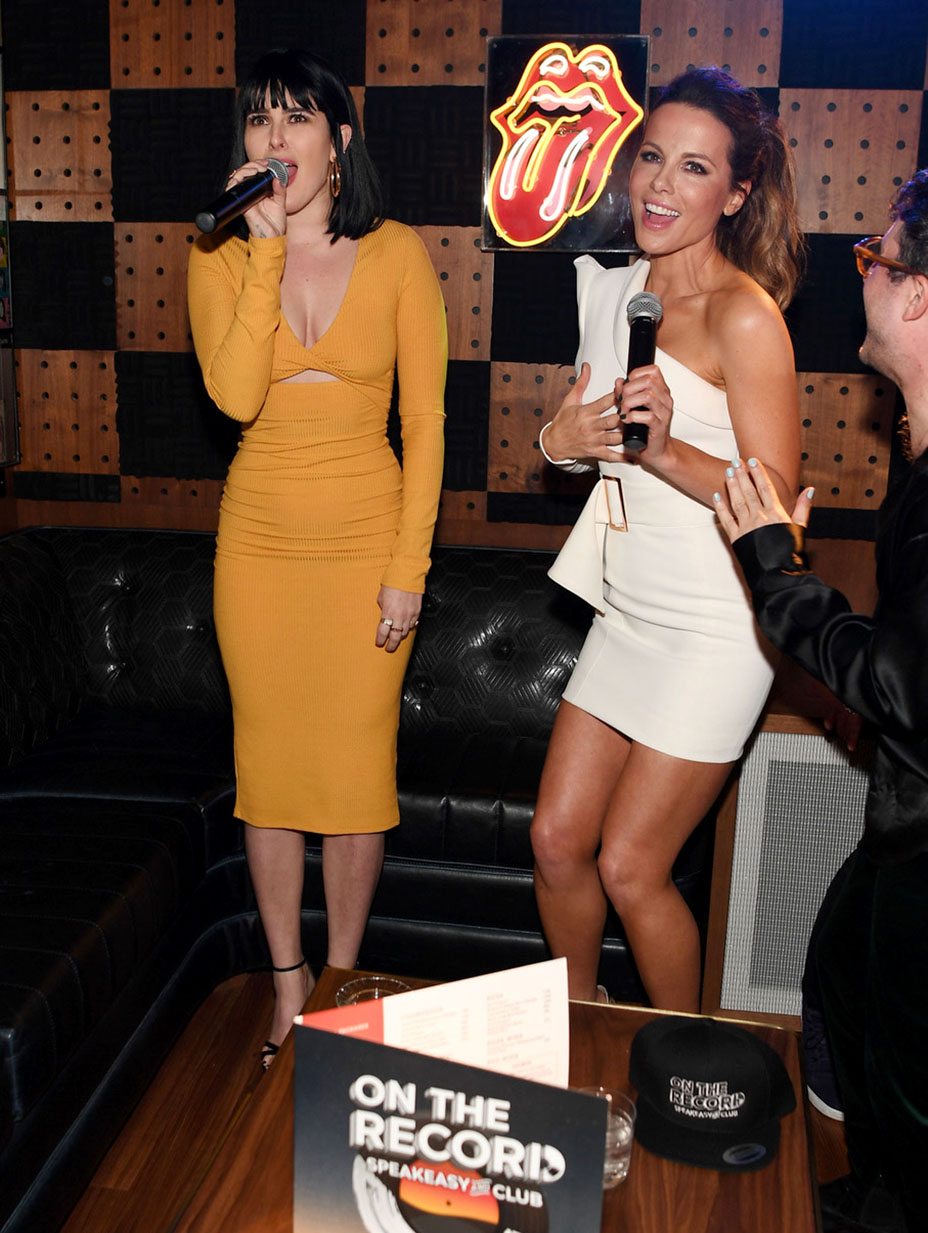 The Hunger Games’ Hutcherson also showed up, despite being in a cast. Earlier in the evening (along with Arquette, Hirsch and Wesley), he joined Park MGM players at the resort’s Juniper Cocktail Lounge for the NoMad 500 Celebrity Poker Invitational, and then hit the MGM Grand Garden Arena for the WBA world welterweight title fight.

“Every time I go out [in L.A.], I go to [the Houstons’ places]. I like Madame Siam and Break Room 86,” said Hutcherson. “[On the Record reminds] me of that. The Rolls Royce DJ booth is amazing. The double-decker bus [on the patio is] crazy. The sound is really good. What’s crazy to me is you can go from one room to the next and hear [the music] distinctly.” 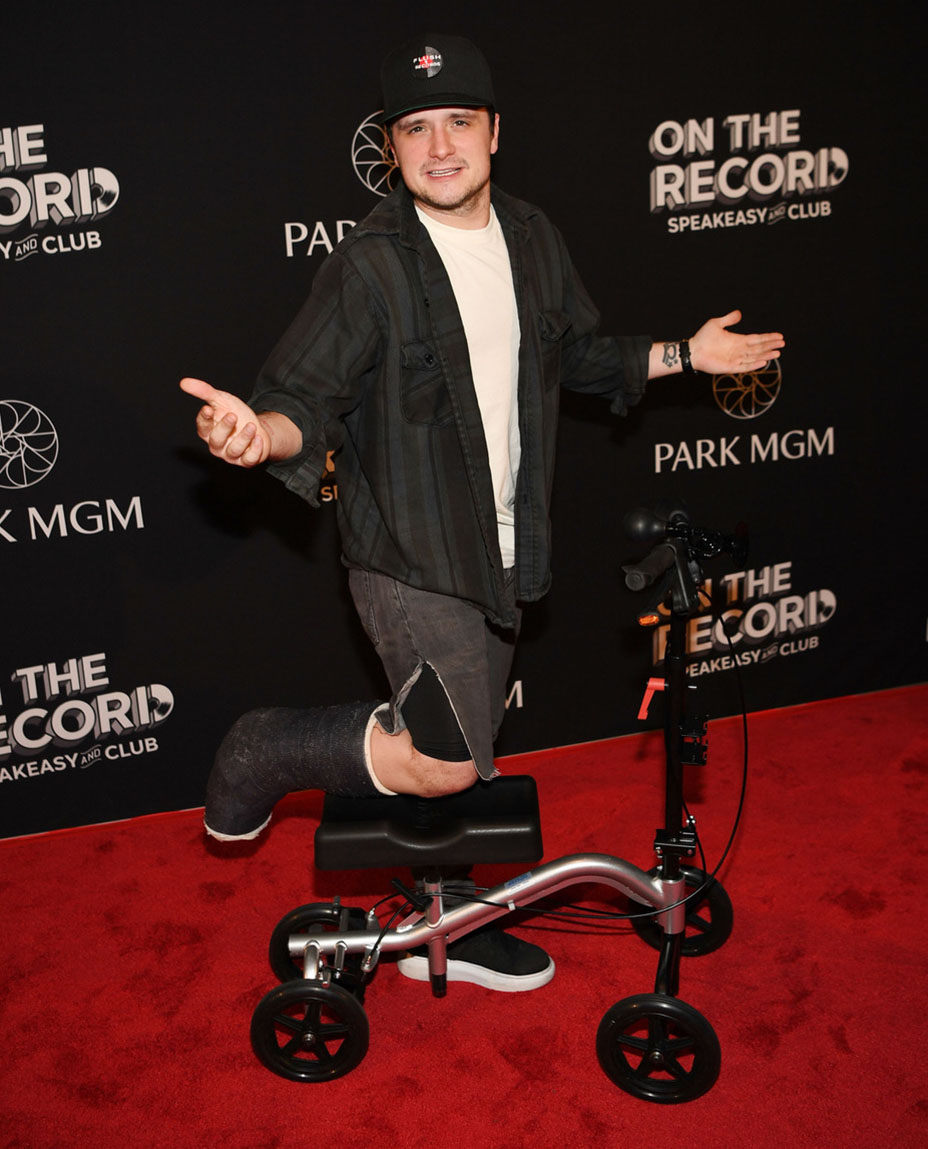 Arquette, who was wearing a Tupac Shakur and Marilyn Monroe T-shirt, a bomber jacket and Mickey Mouse-patterned jeans, said he favors his own club, Bootsy Bellows, but admitted it’s all family in the nightlife scene. “We’re remodeling [Bootsy], but it will be open in late February, [so] I go to the Houston brothers [spots],” he said.

Now wrestling full-time and also shooting a documentary on the sport, Arquette, who has been in the ring for 20 years, admitted that “everything hurts so much. My neck’s out, my back’s out, everything hurts. Wrestling is a lot more real that anybody thinks; they think it’s fake. Get in the ring and you’ll see it’s not.” 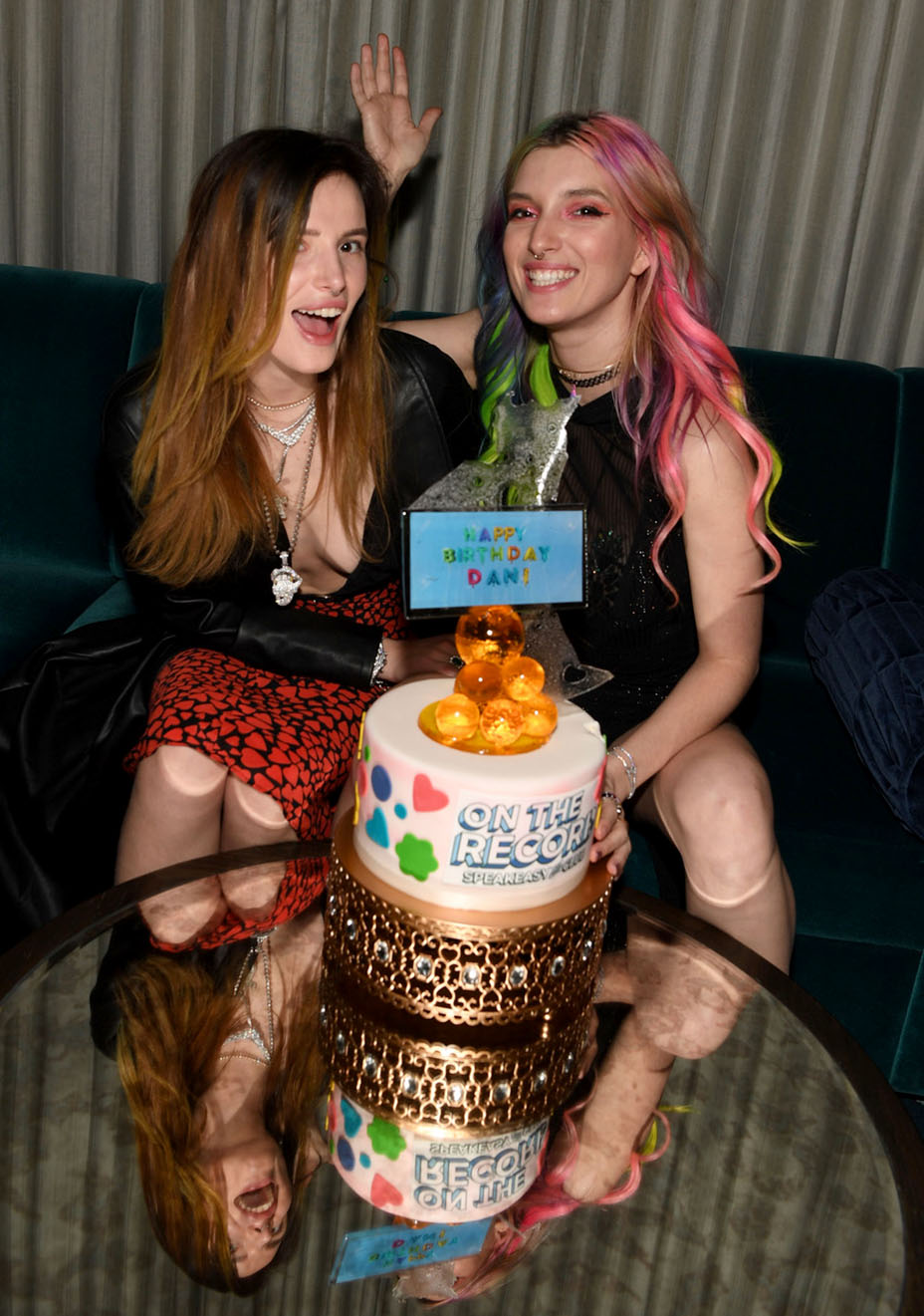 Baldwin, who alluded to a new campaign for Guess, was dressed in a black trench and modestly flaunted winning $150 while playing blackjack for the first time and riding the New York-New York Hotel roller coaster during her Vegas vacation.

The Thornes, Baldwin and Willis attended Lady Gaga’s Enigma show and then had dinner at L.A. chef Roy Choi’s new restaurant Best Friend, also at Park MGM, before heading into On the Record for a night of singing and dancing.