The fashion industry lost one of its female heroines on Tuesday, when Kate Spade was found dead in New York City.

Spade rose to fame in the 1990s, creating a line of sleek nylon handbags that became the aspirational It bags for many career women. Priced in the $200-$600 range, with the telltale “Kate Spade” label on the outside, they were a status symbol for the minimalist era.

Tributes have poured in on social media, from both sides of the political spectrum, posted by everyone from Chelsea Clinton (“My grandmother gave me my first Kate Spade bag when I was in college. I still have it. Holding Kate’s family, friends and loved ones in my heart”) to fashion brand builder Ivanka Trump (“Kate Spade’s tragic passing is a painful reminder that we never truly know another’s pain or burden they carry”).

“I am heartbroken about the news of Kate Spade,” wrote Mindy Kaling, who has worn Kate Spade’s quirky fun clothes many times, including on her show The Mindy Project. “I have worn her clothes many, many times. They were colorful, bold, cheerful and encouraged women to find the twinkly person inside them. You coulldn’t walk into her boutiques and not smile.”

Spade met husband Andy (whose brother is actor David Spade) in college at Arizona State University, when they both worked at the same clothing store. The two moved to New York City after graduation; Andy went into advertising and Kate into fashion. She would eventually become the accessories editor at now-defunct Mademoiselle.

Unable to find any purses in the market she wanted to carry, Spade used her 401K money to launch a line of square shaped totes in 1993. The night before introducing them at trade shows, she made a snap decision to put the labels on the outside of the bags instead of the inside, and it became her signature. A Jack Spade line of men’s bags followed in 1996.

Spade developed a sunny lifestyle brand around her fiercely feminine, slightly retro aesthetic (which reminds me of the look of her niece Rachel Brosnahan on The Marvelous Mrs. Maisel). Often piling her hair in a beehive ‘do, and wearing pedal pushers like Audrey Hepburn, she became a fixture on the scenes in New York City and in Southampton.

In 2004, she launched a home collection of bedding, bath items, china, wallpaper and accessories, establishing Kate Spade as a full lifestyle brand. She also shared her personal style and philosophies in her three books: Manners, Occasions and Style.

As an American businesswoman, Spade helped define a new category of attainable luxury that opened the door for a host of other brands in the marketplace, including Tory Burch, Michael Kors and Rebecca Minkoff.

She inspired a generation of female entrepreneurs, too, including Los Angeles handbag designer Clare Vivier. 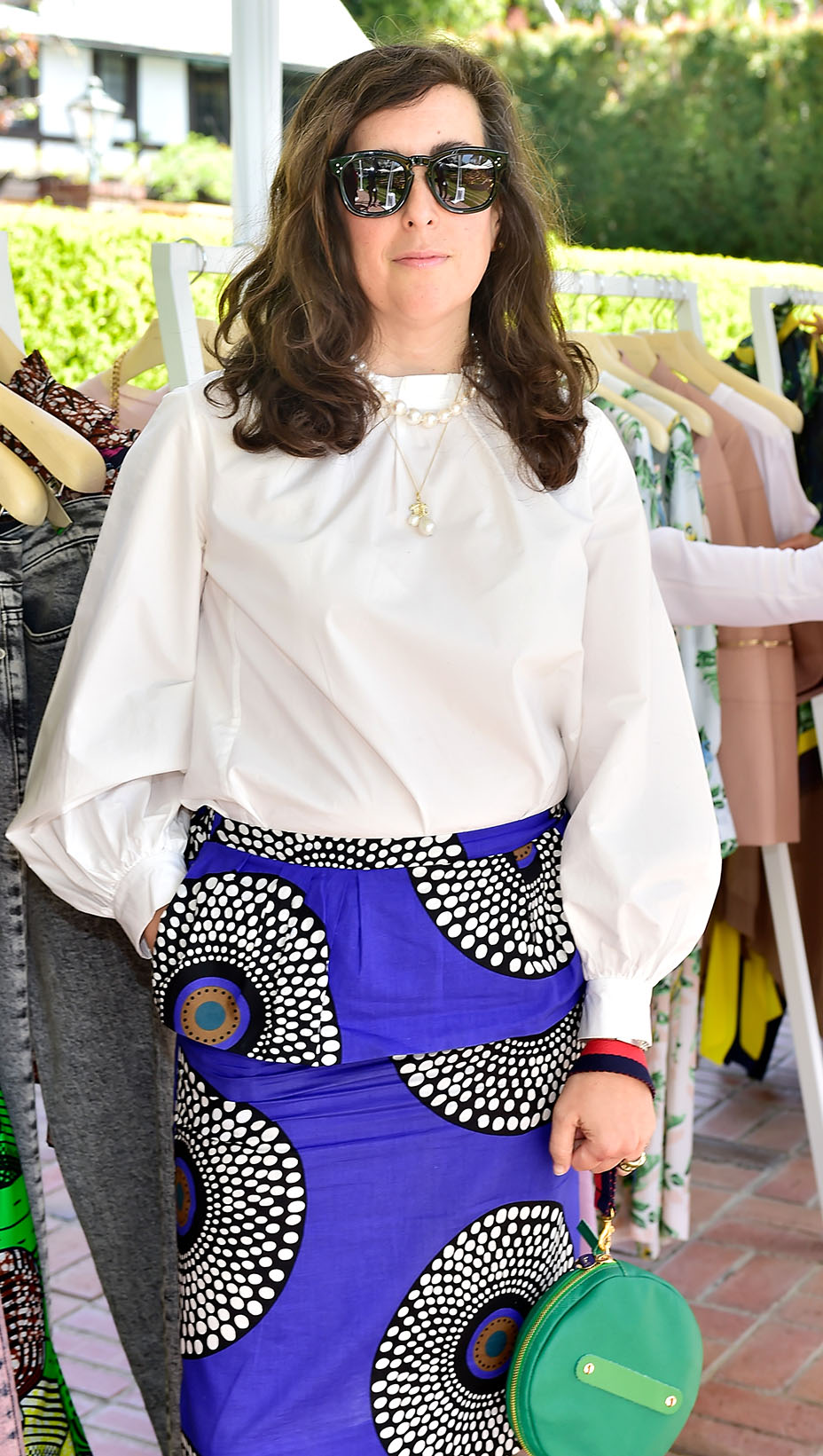 “There was no one like Kate in the handbag industry. I looked up to her immensely,” Vivier said. “When she came on to the scene, she was so important because not only did she hit the nail on the head of what women were looking for at the moment, she did so by embodying the best of American style: preppy and chic with a high dose of cheekiness. It always felt that it was important to Kate Spade to not take ourselves too seriously — which in a way paved the way for me and many other fashion designers.”

“She was an inspiration for any female entrepreneur starting in the mid-late ’90s,” said L.A. designer Trina Turk, who has a sunny lifetyle brand of her own. “Who knows what was going on in her life/head but from the outside, it seemed like a fashion entrepreneur’s dream.” 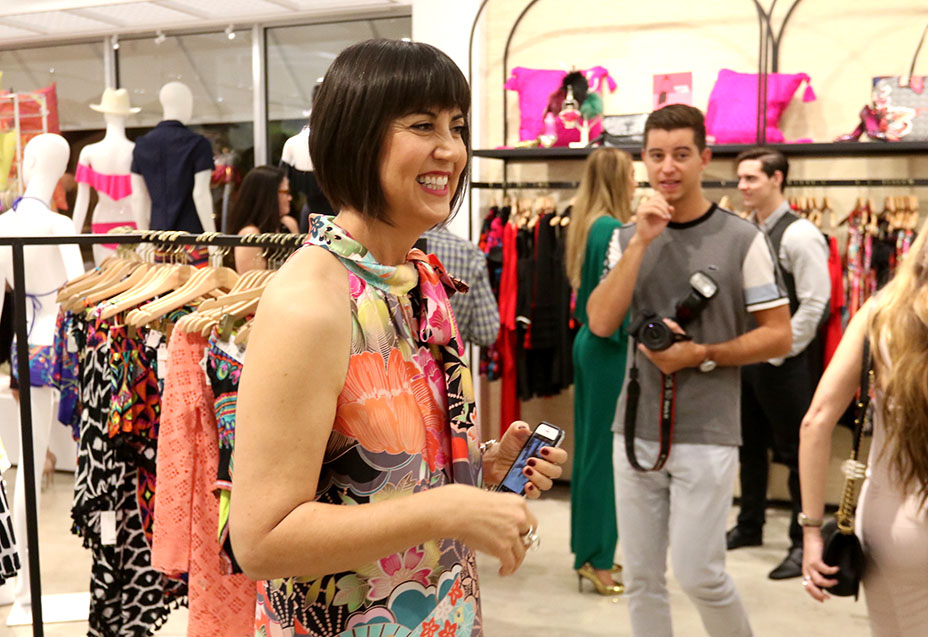 New York designer Rachel Comey, who is set to show her Resort collection Tuesday night at the old Bullocks Wilshire building in Los Angeles, echoed the sentiment: “As a young designer, she took me out to a bunch of gorgeous restaurants I could never afford in Paris one year in my twenties. She had a great energy and optimistic and generous spirit. I admired her for sure.”

But Spade’s business path is also a cautionary tale for those who expand and sell their names to big conglomerates. In 1999, she sold 56 percent of her brand to Neiman Marcus Group, which acquired the remainder in 2006 and sold it to Liz Claiborne Inc., later named Fifth & Pacific. Coach Inc. (now Tapestry) bought it for $2.4 billion in May 2017. The collection expanded to include ready-to-wear, too, with regular showings at New York Fashion Week and a collaboration with stylist Brad Goreski that launched in 2011. He was an advisor to the brand for several years, helping to draw young Hollywood talent to the presentations and events. 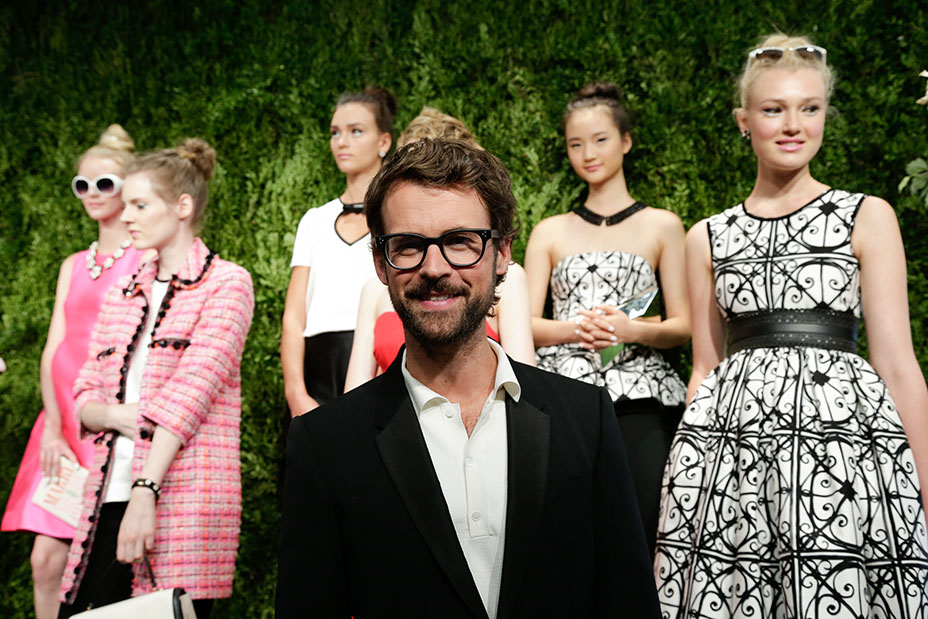 Meanwhile, Spade herself, who departed the company in 2007, was left without the ability to use her own name in business. Her husband opened the ad agency Partners & Spade as well as Sleepy Jones loungewear, and the couple partnered on a new venture called Frances Valentine in 2016, selling accessories very similar to those they made at Kate Spade. She even changed her surname to Valentine to avoid confusion, becoming Kate Valentine.

But the chances of striking gold in fashion twice are slim, and Frances Valentine has not gotten much traction in the market. It’s unclear how the business was doing because financials have never been released.

At Tapestry, the Kate Spade brand is struggling, too. Although it has more than 300 retail shops across the U.S. and abroad, and the products are sold at department stores, as well, it was heavily knocked off in the 1990s and the name does not have the same currency it once did.

In third-quarter results reported last month, Kate Spade same-store sales fell 9 percent, a much bigger drop than the 7.24 percent analysts had projected, according to Reuters.

Now, the future of both brands will certainly be in question.