“The most I’m allowed to tell you is that I am blue, and a lot of water is involved,” says Kate Winslet. That description conjures images of a certain star-making role that showed her shivering while clinging to a headboard in the North Atlantic, but Winslet is actually talking about her character in Avatar 2, which reunites her for the first time since 1997’s Titanic with director James Cameron. Did the actress mind another soaking? Far from it. “I’m a water person, so I was very, very happy,” she says.

Winslet was on Long Island Friday evening for the Longines Masters of New York, a weekend of horse jumping that’s part of a lengthy schedule of equestrian events the watch brand sponsors around the world. She’s been the company’s “Ambassador of Elegance” since 2010, most recently partnering to design a limited-edition watch auctioned to benefit her charity, the Golden Hat Foundation, which spotlights the intellectual capabilities of autistic children. Only five pieces of the yellow-gold style, known as the Flagship Edition by Kate Winslet, were created; three were auctioned, garnering $250,000 for the Golden Hat Foundation, while Winslet wears one, and the fifth has gone into the Longines museum at the company’s headquarters in Saint-Imier, Switzerland.

Kate Winslet Taken to Hospital After Fall While Filming in Croatia 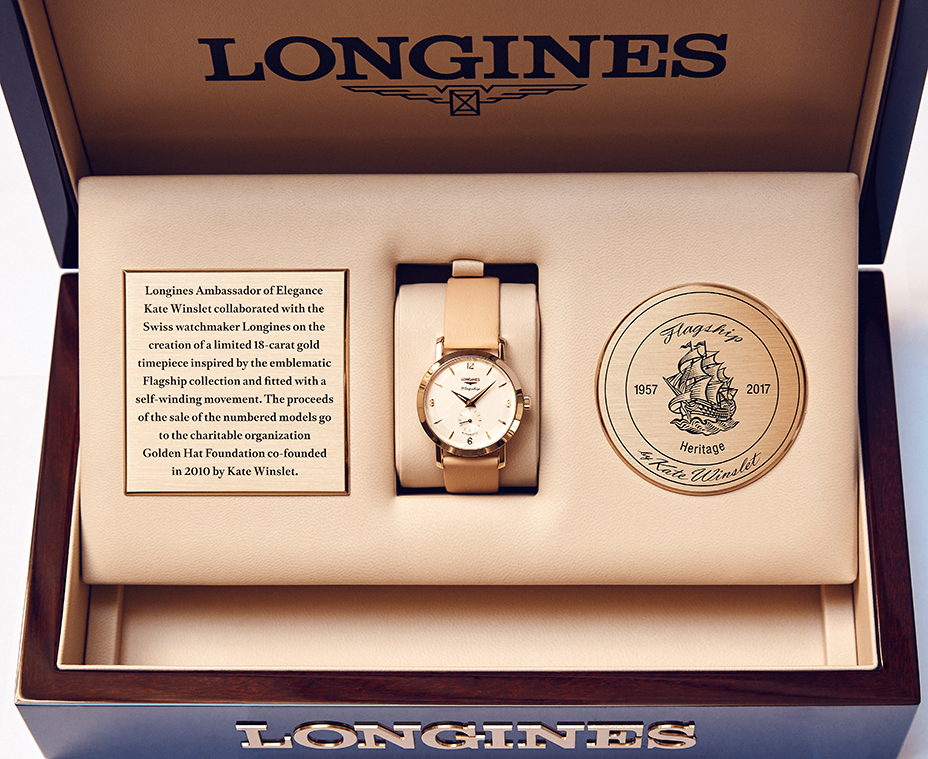 The auction wrapped last summer, but the actress’s schedule demands meant that Friday’s event was the first opportunity to officially celebrate those efforts. While athletes like Jessica Springsteen and Georgina Bloomberg (both champion riders and the daughters of Bruce and Michael, respectively) were taking their horses through their paces in the ring, Winslet met with VIP clients and received the commemorative check from Juan-Carlos Capelli, a Longines vp and head of international marketing. 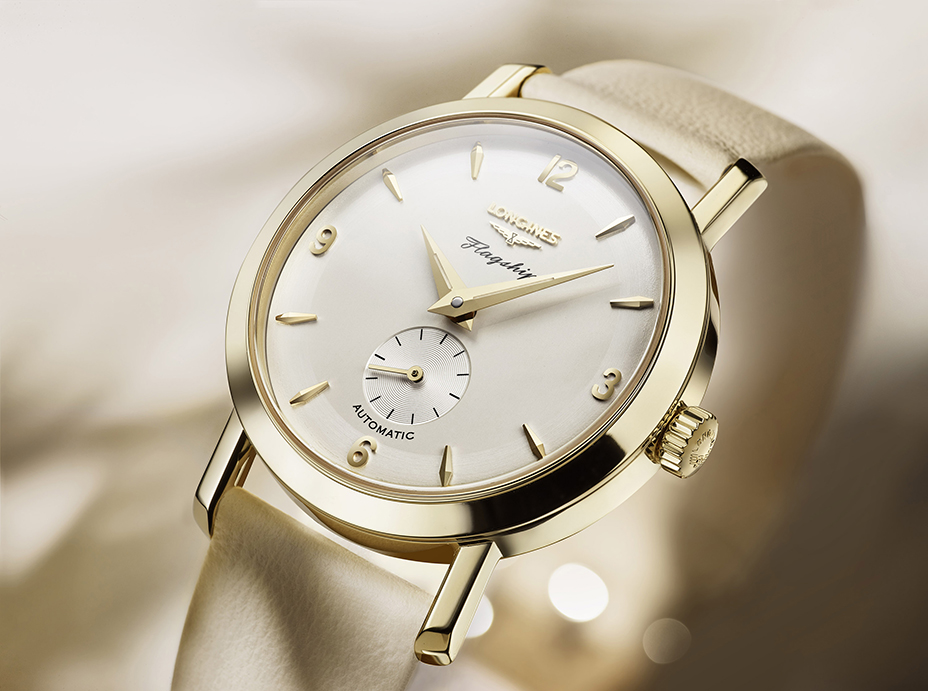 When Longines first approached Winslet, she owned exactly three watches, she says. One was given to her by her father, a birthday gift when she was 12 years old, while another, by pure happenstance, was a vintage Longines she had purchased for herself. “It was a total and utter coincidence, because I just fell in love with this thin face and the very fine, beautiful black crocodile strap,” Winslet says. “I don’t wear it too often because it’s quite delicate, but it’s always been a prized possession.”

The third? A gift from Eli Wallach after the pair appeared together in 2006’s The Holiday. “He was a huge collector of watches, which no one really knew, and he loved interesting clocks as well,” Winslet notes of the actor, who passed away in 2014 at the age of 98. Following dinner at Wallach’s home one night in 2007, he led her into a bathroom, and from out of a cabinet pulled a vintage watch on a heavy chain. “It’s very old, from 1902, and more than ever, I absolutely cherish it,” she says.

Partnering with Longines was an easy decision, Winslet says, because both the brand’s aesthetic and its values marry nicely with her own. “I’ve visited [the workshop in] Saint-Imier, and they present themselves as a company in such a warm way, as a kind of family, really, and I liked that,” she says. “And even though some of their fancier watches include diamonds or perhaps a chichi strap, they’re still understated and elegant, and I like to think that’s what I’m always trying to pull off as well.”

On this night Winslet is wearing an on-trend black cape dress by Givenchy – “I’ve never worn [a cape dress] before, and I keep looking in the mirror and thinking, I actually quite like this,” she says – and at 42, she admits that the term “age appropriate” is crossing her mind more often, especially for red-carpet events. “I’m suddenly entering that zone, even though my daughter [17-year-old Mia] will say, ‘Well, Mom, it doesn’t bloody matter.’ But actually, at events I think it does, though in real life it doesn’t matter at all.”

She also still hears the advice of her mother, Sally, who passed away last year from ovarian cancer, when making such decisions. “If I have to come to an event, it’s always nice to feel a bit pulled together, but nothing that draws too much attention. My mother always said, ‘I don’t like showoffs, please don’t wear any showoff clothes,’” the actress remembers. “Even when I became the me post-Titanic, she would still say, ‘Please, darling, don’t wear anything that draws too much attention.’ There’s something sort of uncomfortable to me about seeing women who are clearly presenting themselves in a way that’s designed to make people stare, but not for the right reasons. When I walk into a room, I hope to have interesting conversations with people; I’m not interested in whether people look at me or not. In fact, quite the opposite.”

There’s no shortage of red carpets in Winslet’s future. In addition to Avatar 2, she’s getting closer to a start date on filming a biopic on Lee Miller, the American who enjoyed an early career as a Vogue model before becoming a photographer who covered World War II for the magazine. “The term ‘biopic’ always makes me a bit nervous,” Winslet says. “It would be impossible to cover her whole life because it was so vast; so much happened to her from a very young age.” She allows that the as-yet-untitled film, based on the book The Lives of Lee Miller, by the photographer’s son, Antony Penrose, will include her World War II experiences. It’s also the first film with Winslet as a producer. “It’s very much a passion project,” she says, noting that Penrose recently got in touch to tell Winslet that he’d found his mother’s diaries, and would she like a look? “I couldn’t believe I was sitting at her kitchen table, reading her diaries; it was truly incredible.”

She’ll also return to the Avatar 2 set for just a couple days, as most of her work is already completed on this first sequel, set for release in December 2020. “It was a really wonderful experience to work with Jim again,” Winslet says, and it’s clear she’s still fully aware of how special it is to take part in a James Cameron film – no matter how much water might be involved. “He seemed to really want to include me with the children. I enjoy working with kids, especially when they’re young and eager and so keen on wanting Jim to be impressed with them. I loved that I was able to say to them, ‘I remember what this feels like. Enjoy every moment.’”