Break out the fireworks for Katy Perry. The singer will be honored at Diane von Furstenberg’s female-focused awards show this year along with #MeToo activist Anita Hill, the organization announced Monday.

The fashion designer’s 10th annual DVF Awards will present Perry with the Inspiration Award for her work as a UNICEF Goodwill Ambassador and LGBTQ equality advocate. Hill, who chairs Hollywood’s Commission on Sexual Harassment and Advancing Equality in the Workplace, will receive the Lifetime Leadership award at the April 11 ceremony at the Brooklyn Museum in New York. Grammy-nominated duo Chloe x Halle will perform and guests can peruse the museum’s “Frida Kahlo: Appearances Can Be Deceiving” exhibition.

In December 2018, the group announced it will prioritize protecting freelance workers in the industry, who don’t have access to human resources departments and other typical workplace protectors. Hill also serves as a professor of social policy, law and women’s, gender and sexuality studies at Brandeis University. 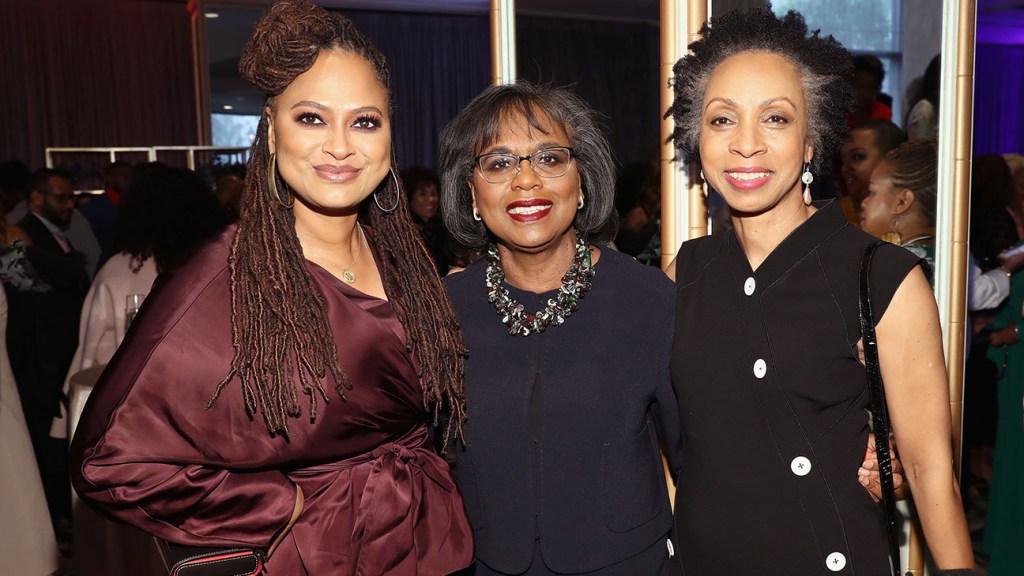 Perry was active in the 2016 presidential election as a Hillary Clinton supporter (and Nasty Woman shirt-wearer). In October, the American Idol judge was honored with the Award of Courage at the amFAR Gala, where a trip to Disneyland for six with Perry fetched $150,000 at the auction benefitting HIV/AIDs research programs.

Other 2019 DVF Award recipients include Nadia Murad (2018 Nobel Peace Prize winner and advocate for genocide survivors) and Hadeel Mustafa Anabtawi, founder of The Alchemist Lab for childhood education. Fans can still vote for the People’s Voice Award at DVF.com until March 24. Honorees receive $50,000 toward their affiliated nonprofit through The Diller von Furstenberg Family Foundation.

Von Furstenberg frequently fetes female leaders in the industry; for International Women’s Day this year, she commissioned portraits of 37 pop culture women she admires — from Lady Gaga to Oprah Winfrey. The wrap-dress extraordinaire previously spoke to The Hollywood Reporter about men’s “abuse of power” and women “being treated as a piece of meat.” 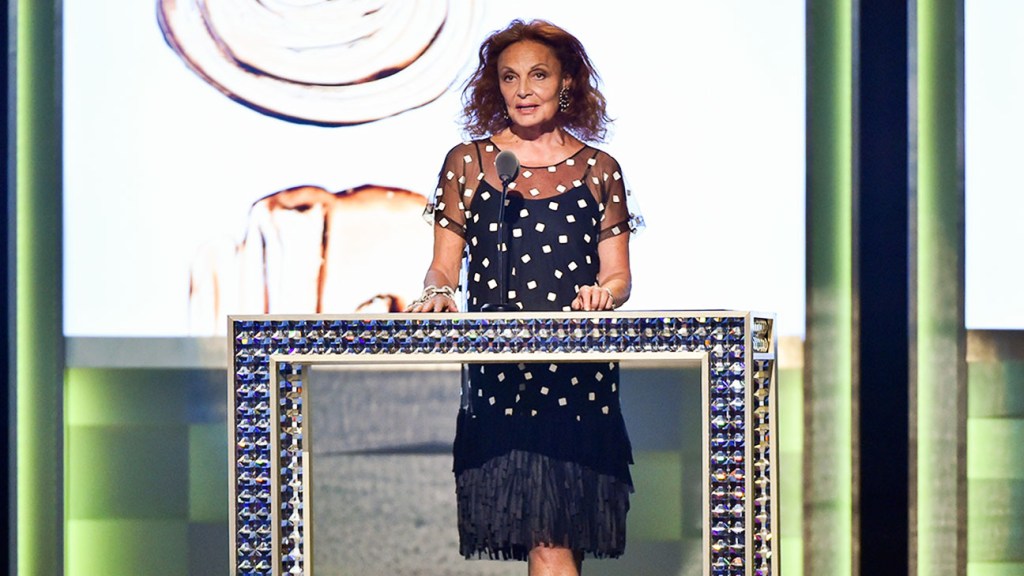 Katy Perry Honored With Award of Courage at amFAR Gala