Keke Palmer is having quite the start to September. Hustlers, the female-led comedy about scheming strippers in which she features alongside Jennifer Lopez, Constance Wu and Lili Reinhart opened strongly at the box office. After weeks of speculation, the 26-year-old was confirmed as a permanent co-host of Good Morning America’s third hour, alongside Michael Strahan and Sara Haines. And the actress went viral for not knowing who Dick Cheney was on a lie-detector test Vanity Fair made her take, inadvertently creating the “sorry to this man” catchphrase and meme.

The actress, singer, rapper, songwriter and television personality was among a host of speakers who touched on the subjects of social media and confidence at the SHE Media BlogHer Creative Summit in Brooklyn, where she was awarded with a Voice of the Year award for being “a truth-teller.” 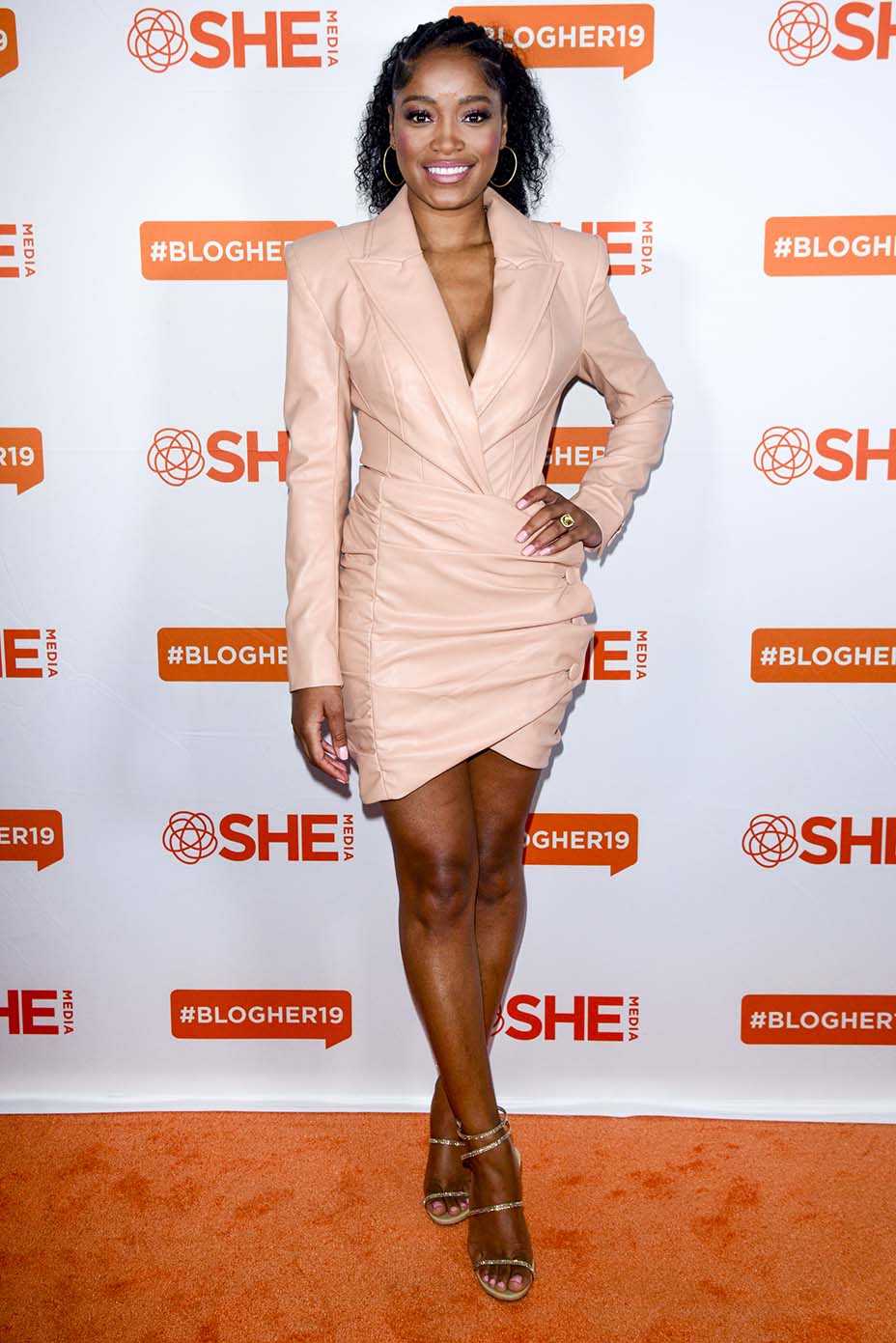 Palmer told the audience that she has relied on a great support system through all that’s happened in her life, online and off. “It’s helped me deal with everything that’s come my way. My mom always made me feel like any of the roadblocks that came in my life were not really a big deal. She helped me keep that child-like innocence, and it always made me feel like anything was possible,” she says.

Having been in the industry since the age of 9, Palmer is used to being in the public eye. “I’ve had my ups and downs,” she says. “Growing up as an entertainer, you want to be able to give a lot. Every kid wants to make every adult happy. But then I realized I’m not a kid anymore, I don’t have to do that.”

Speaking to the toxicity that can exists on the internet, Palmer says she’s kept her head straight, especially when it comes to social media and her Instagram account. “It’s about surrendering to the fact that not every one is going to like you,” she says. “You’re never going to make 8 million people happy. You’ve got to focus on those that do [like you]. It’s about silencing the noise and finding your voice.”

She added that her resilience has helped her keep going through moments when things haven’t gone her way. “I’m a true artist. I feel everything to the core. The fact that I can still love again, or be excited again, makes me have the faith to manifest things I never thought possible. We all go through the same things, just different backdrops. I’m grateful to God when I have those moments.”

While her interests have varied over the years, Palmer is still driven by the same aim. “There’s so much tension in our society right now, I want to do something that’s going to make people laugh. That’s the world I came from. We lived in poverty. We didn’t have the worst but we didn’t have the best,” she says, of her Chicago upbringing. “I was always the one trying to make people laugh [saying] ‘Let me get on the floor and dance’ I look around and I just want people to be reminded that we can still enjoy each other.”

On the subject of diversity, Palmer feels it has “gotten better over the years,” saying: “It’s a constant progression and it does give me a lot of hope, especially to see what people like Ava DuVernay are doing. You make a project diverse when there are diverse people behind it.”

Four-time Emmy-nominated actress  and producer Connie Britton is also working to boost other women, through her newly-inked deal with Amazon Studios to develop new television series to premiere exclusively on Amazon Prime Video. “My hope is certainly to have women driving the storytelling but, even more specifically, that the stories that we are telling are really true reflections of who we are as women or whomever the story is about. That we show ourselves back to ourselves, so that we might have a bit better understanding of ourselves,’ she says. “I like to do that in subversive ways. It’s not about hitting people over the head but more in a way that they go, ‘I better understand who I am or how I fit into the culture and what I’m capable of doing.’” 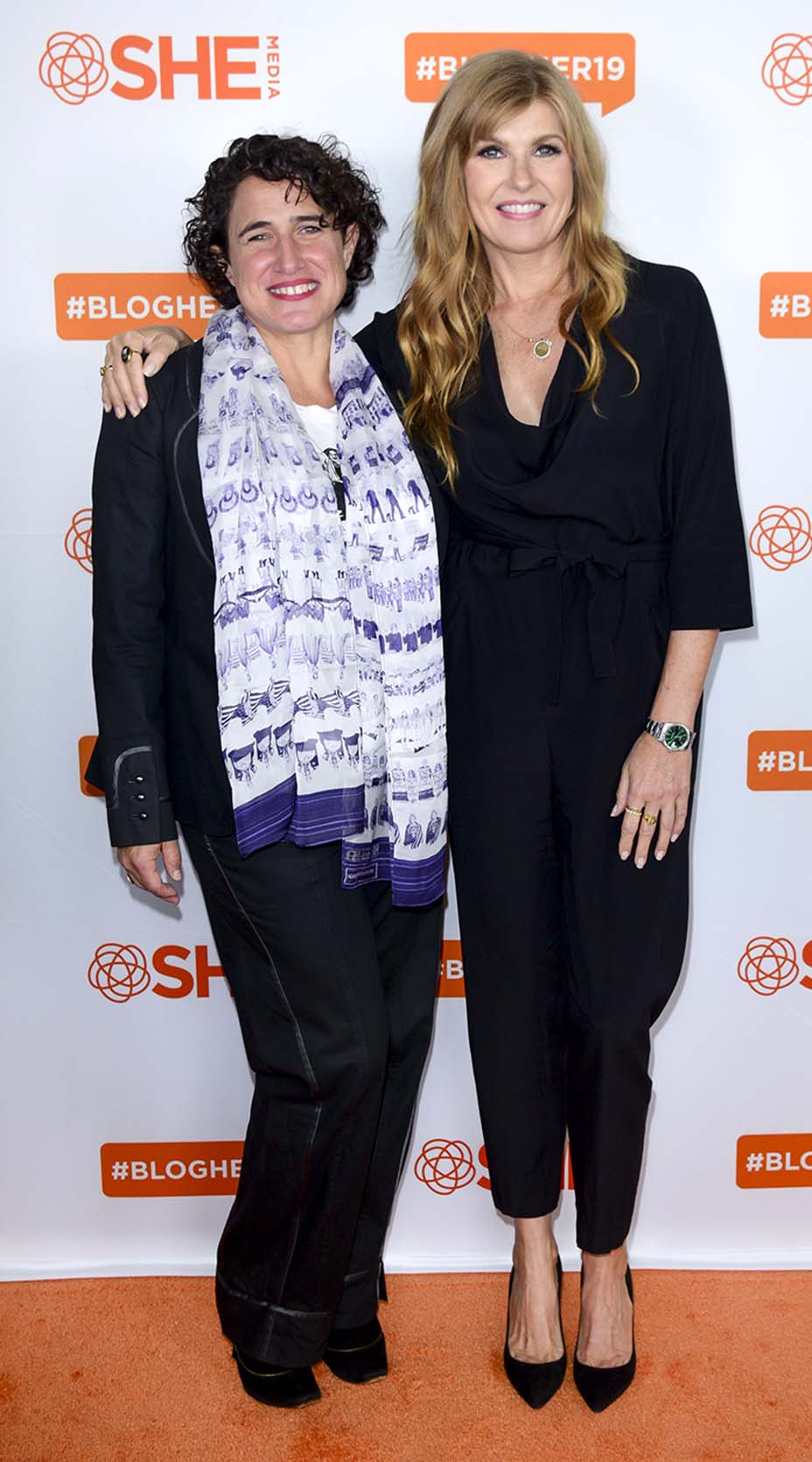 Britton admits that, even after almost 25 years in the industry, she still has a hard time expressing herself. “It’s really hard, as a woman, to say something that people don’t like, and I still really struggle with trying to be nice about it and make sure that everyone is feeling okay. Ultimately, I have a concern that I’m going to be perceived as a bitch. The more I’m getting into producing, the more input I have, the more I really bump up against that. I know that’s something I carry with me, that has been passed down to me as a cultural expectation, so I have to fight against being presumptive.”

Britton recalled the highs and lows of her career playing memorable female characters on shows like Nashville, American Horror Story and Dirty John. Through her role as Tami Taylor, the Emmy-winning Friday Night Lights had “a great opportunity to give the women of that community a voice. Which, of course, they have,” she said. [When asked if a remake of the beloved show is in the works Britton stated, with a smile, “You need to let it go.”]

The actress has an easier time using her voice to speak up for others and the causes she most believes in, often using interview questions to deflect to other topics. “I do still get asked about my hair all the time,” she says. “But that’s what we do as women. We have to be so creative about how we get into the culture and make an impact. We really have to know ourselves. The first and most important thing, I’ve learned, is to be brave enough to know what I can offer and then use that to accomplish the things we’re trying to organize.”

Britton spoke of a recent trip with This is About Humanity to the Mexican side of the border, where she tried to get a better sense of the country’s immigration policy. “I’m just devastated and losing a lot of sleep about what’s going on there … There’s no transparency about what the government is doing there.” She maintains that she’s never tried to impose a similar responsibility on anyone else to speak up, but she is appreciative of those who do. “It’s a personal choice, but we have a great opportunity to have a wide reach and use our voice for a greater good,” she says.

Britton presented Alexandra Posen, co-founder of Zac Posen (and sister to the designer) with SHE Media’s Voices of the Year award, for Posen’s Resistance by Design sheer silk scarf that features portraits of all the women who ran for office last year.

Other speakers who took to the stage at the two-day summit, run by the digital media company, included Sarah Jessica Parker, Julianna Margulies, Diane Guerrero and Alysia Reiner.