After more than 50 years, the iconic Ken doll — known for his beach blond locks and blue eyes — is (finally) getting a makeover. Yet, he’s still forever young.

Barbie’s boo also gets a fashion facelift, sporting a variety of looks, including a red plaid shirt with slim black pants (think lumbersexual), a collared white shirt with a skinny black tie and gray trousers (retrosexual), and a bro-y “California” tank with white shorts and slip on Vans-style sneakers (Calisexual).

The makeovers are long overdue, though it’s interesting that Ken is completely devoid of facial hair — and tattoos, both of which are major men’s trends. Also, the fashion looks suggest Ken hangs out in a pretty lax workplace; the clothes are office casual at best, beach bum at worst.

The expansion is part of Mattel’s effort to be more diverse, racially, reflecting demographic trends. (By the time the 2020 Census is conducted, more than half the nation’s children are expected to be part of a minority race or ethic group, according to the Census Bureau.) In 2016, Ken’s other half Barbie was introduced in three new body types (curvy, tall, petite), seven skin tones, 22 eye colors and 24 hairstyles.

“By continuing to expand our product line, we are redefining what a Barbie or Ken doll looks like to this generation,” said Lisa McKnight, senior vp and general manager of Barbie, in a statement. “Evolving Ken was a natural evolution for the brand and allows girls to further personalize the role they want him to play in Barbie’s world.”

According to Barbie history, Ken and Barbie met on the set of a TV commercial in 1961 and have been inseparable ever since. Ken, who was invented by Elliot Handler, has held at least 40 occupations.

Mattel most recently collaborated with Beyonce’s stylist Marni Senofonte to give Barbie a Victorian punk makeover.

Up next, Barbie will be hitting the big screen. Amy Schumer had signed on to star as the iconic doll in the Sony project, but she has since exited the movie. No word on Ken’s role in the film though.

The Ken Fashionista line is now available for $9.99 each at barbie.com. 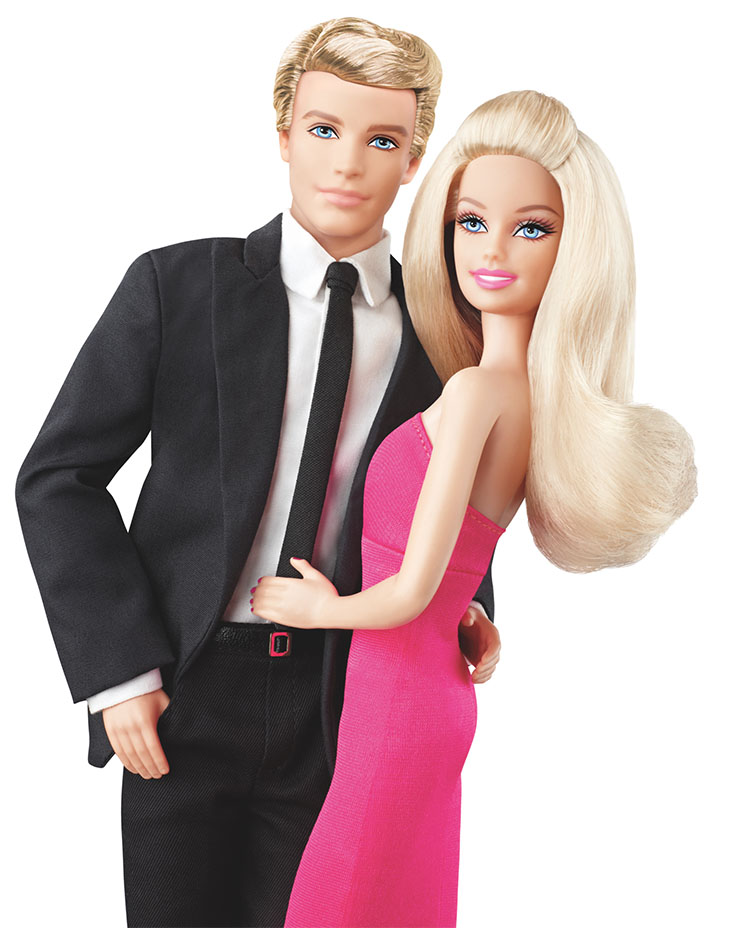