An intimate, lush green backyard — tucked away in a cozy Beverly Hills neighborhood — was the unlikely location of one of Hollywood’s biggest pot parties.

Just off Wilshire Boulevard at her bungalow/atelier, jewelry designer Jacquie Aiche and Spark the Conversation founder Bianca Green hosted a smoke-filled soiree Wednesday (at 4:20 sharp) with one goal in mind: opening a dialogue about weed.

Supermodels Kendall Jenner and Gigi Hadid, (both avid Aiche fans, as is legendary weed aficionado Rihanna), as well as Vanessa Hudgens mingled among vape pen vendors and browsed custom Mother denim chambray shirts embroidered with marijuana leaves. But alas, most of the celebs in attendance didn’t want their photos taken, pointing to the social stigma that pot still has in the culture — the very topic the event was created to discuss.

Hadid, who arrived with older sister and fellow model Alana Hadid, wore one of the cheeky “High My Name Is” nametags being dispensed at the door, writing in “Jelena”, and a pair of round sunglasses which she kept on despite the setting sun. The sisters, surrounded by guests who freely smoked the joints that littered every open surface of the space, enjoyed the laid back atmosphere and reggae music. 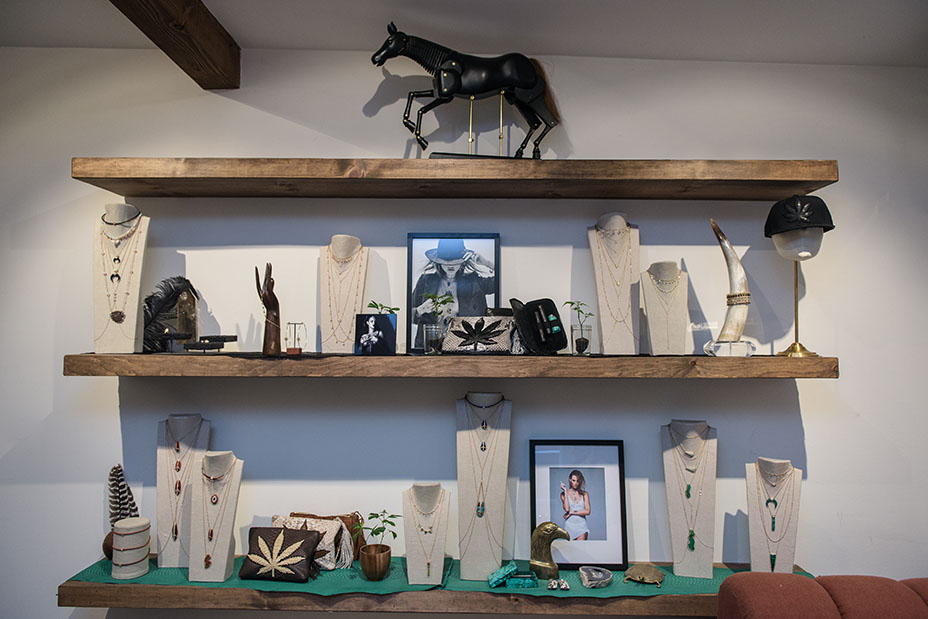 Hudgens, who was also accompanied by her sister, the younger Stella Hudgens, chatted with guests while wearing a crown of marijuana leaves, one of several passed around for photos.

Jenner, on the other hand, made a beeline for the studio (a converted garage) toward the back of the yard, darting through the smoke-filled space in order to check out Aiche’s new sweet leaf jewelry collection, including delicate pot leaf-shaped pendants, earrings and more.

The celebration of the new line, which Aiche said was a long time coming, given she’s included one or two “sweet leaves” in each of her previous collections through the years, also coincides with Prop 64’s placement on the California ballot. On Nov. 8, voters will decide whether or not to make the substance legal for recreational purposes for adults 21 and over. (Medicinal marijuana is currently legal in California; however, it is still illegal under federal law.)

“Fashion brings awareness,” Aiche told Pret-a-Reporter. “It’s a sense of personal freedom, it’s how somebody feels when they’re wearing the sweet leaf on a shirt and they’re walking down the street — maybe someone gives them a wink. It’s an underground community.”

The nature of the “underground” community, is one of the reasons Green founded the Spark the Conversation movement. “My involvement really came from being a patient advocate, and also doing everything I could to change the social stigma of cannabis and people who use it,” she said, noting that she is a regular user of medicinal marijuana to treat a spinal cord injury.

Green has subsequently worked with several celebrity weed advocates, including Snoop Dogg and Wiz Khalifa, in order to encourage others to step out of the “green closet,” and help non-smokers understand not everyone who partakes in cannabis is necessarily the cliche, unproductive “stoner.”

“I had a good network from my prior career which was in modeling, music, film and fashion, but I was able to do a crossover with some of my celebrity friends and bring them into the fold,” said Green of growing the movement and becoming involved with Aiche, whom she met five years ago.

For Aiche, fashion has been a crucial tool for opening the door to conversation. “Especially for women in my culture and in my community, it was a way to come out,” she said of wearing exotic skins and high-end jewels emblazoned with leaves to show their support of cannabis use, rather than carrying tired Bic lighters or tacky trucker hats. “Look, we’re not Deadheads. We work full time jobs. We still find a way to enjoy our cannabis — and not abuse it.” 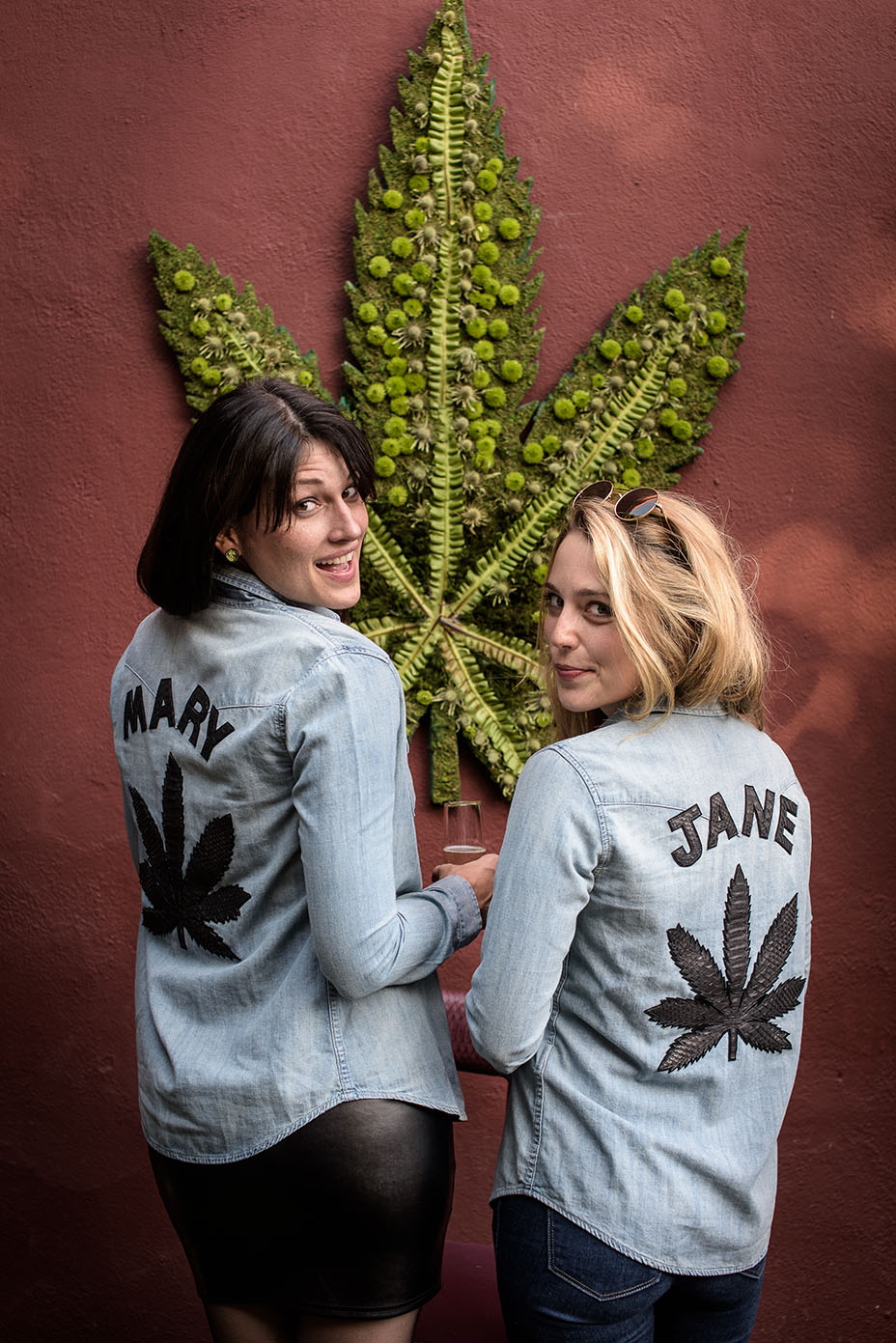 Scout Durwood and Jessica Roth, stars of the Snoop Dogg-produced MTV pot comedy Mary + Jane, also chimed in about how Hollywood can work to break the stigma as well. “There are a lot of women involved in the cannabis business, so the girl power aspect feels really good,” said Durwood.

The show’s writer, Deborah Kaplan, added, “We’re also talking about millennials and female entrepreneurs, and that spirit of the new frontier. There’s no glass ceiling in place here.” She added with a smile, “There’s no grass ceiling.”

“Getting out information is a good thing,” added Durwood. “Especially in a nation that otherwise functions in relative gridlock, it’s pretty sweet.”