And the award for “Most Instagrammable Set” goes to… Kenzo. Capping off Paris Men’s Week with their third combined collection, the brand unveiled its most ambitious presentation yet — filming a movie-in-the-making during the show.

They set the stage, literally, with the runway snaking around a laundromat, dining room, living room, kitchen and bathroom, where scenes from designers Humberto Leon and Carol Lim’s late nineties L.A. life played out on big screens around the room.

The set dressers had the details of California down, from Lim’s Honda Prelude and Leon’s Neutrogena products in the shower, to Robert Mondavi Cabernet on the dinner table.

Titled My Sister’s Wedding, the semi-autobiographical film hinged around a pivotal moment in Leon’s life — the moment he dyed his black hair bleach blonde.

The set of the @kenzo Fall/Winter Men & Women show: a film directed live inspired by Humberto Leon’s sister’s wedding. Our creative director dyed his hair white for the occasion and shocked his whole family! Stay tuned to see the full movie  @mohamedkhalilparis #KENZOFW18

“And my mom freaking out, that’s all true,” Leon told Pret-a-Reporter after the show. “A lot of the rest was kind of fictionalized, but it was a fiction based on reality.”

Lim’s character saves the reception, giving a moving speech with some famous lyrics, and it all culminated with the most rom-com of endings — the couple dancing under falling confetti to The Cranberries’ “Dreams.” It was a magical moment, and very, very social media-friendly.

They are best friends since college and went through so many adventures together. @Kenzo‘s creative directors Carol Lim and Humberto Leon (@humbertotoo) are proud to present KENZO’s Fall/Winter 2018 Men and Women show tonight at 8PM CET. Stay tuned for many surprises #KenzoFW18

The models and audience joined the actors on the dance floor for snaps and selfies before laying down on the couches, sipping wine at the table and even throwing clothes in the dryers. All of it hashtagged for posterity.

The Cranberries’ finale was a last-minute selection to pay tribute to the late Dolores O’Riordan. “We wanted to show her some love,” said Leon of the singer who passed away last week.

Oh, and there were clothes too, sure to be a hit with the brand’s fans. The bright colors and floral patterns they’re known for were in full bloom, with high waists, tight vests a slimmer silhouette for the menswear than in recent collections.

Women’s coats were oversized in bold prints, and sequined snake boots and opera-length gloves were particularly covetable. Delicate florals also made an appearance, with traditional Chinese motifs and a few riffs on the Chinese cheongsam in between movie poster-themed tees. 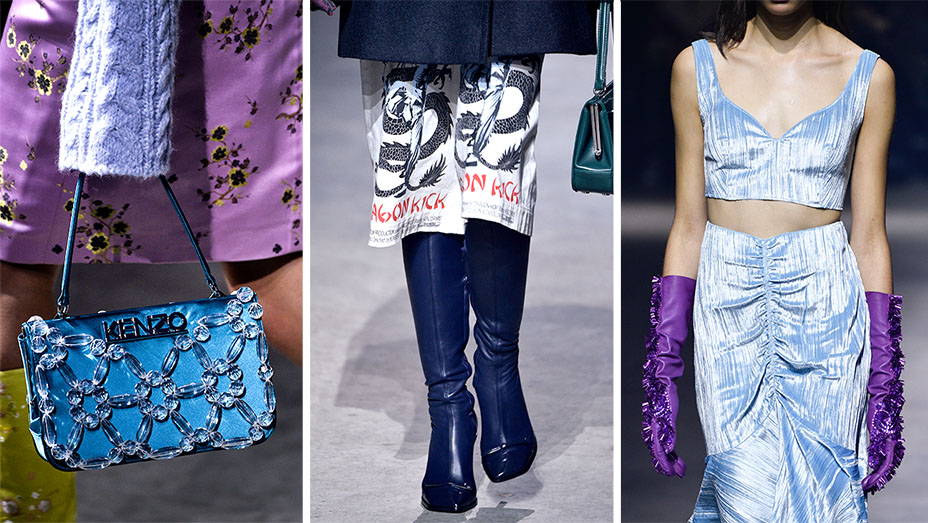 As for former Saint Laurent designer Hedi Slimane joining the LVMH family as the new designer for Celine, Leon sang the fellow Angeleno’s praises. “I’m super excited. I love what he does, and he’s such a good storyteller. That’s really something that we strive to do in our collections and I think he’s one of the best at that.”

With the success of Kenzo’s gender-blended shows, Leon said the brand plans to stay on the men’s calendar in January. But Slimane — who plans to add menswear at Celine — used to take the traditional closing spot for Saint Laurent. “I’ll just call him up and say, ‘Hey, Hedi, c’mon, we like it.’”

Oscar, Grammy Winners to Get Fast-Tracked Visas for Life, Work in U.K.