Female genital mutilation and domestic abuse aren’t exactly fashion cocktail party banter. But luxury giant Kering (which owns Gucci, Yves Saint Laurent, Balenciaga and more) is out to prove it isn’t afraid to tackle tough subjects on or off the runway. Such was the case in Paris Tuesday as the company feted 10 years of its philanthropic Kering Foundation, dedicated to defending women’s rights and ending violence against women.

Held at the Left Bank headquarters on Rue Sevres, the event drew Kering executives and press together with several foundation charity partners and recipients to highlight work done in the past year.

Foremost was the White Ribbon for Women campaign, Nov. 16-30, which debuted in conjunction with International Day for the Elimination of Violence Against Women, aimed at taking a stand against online abuse. An installation depicted staggering statistics about online cyberbullying worldwide and a clever way to reimagine slurs: “You’re ugly” redefined as “unique, gorgeous, lovely, yes!” for example.

“Worldwide, over half of adolescents and teens, both young men and young women, have been bullied or engaged in bullying online. Nevertheless, women are 27 times more likely to be bullied online than men. Generation Z is the first generation to live so much of their lives online and become victims of cyber bullying. We believe they are also a generation who can make change happen,” explained Céline Bonnaire, executive director of the Kering Foundation. (Brands such as Gucci, Saint Laurent, Balenciaga, Pomellato and Boucheron are donating proceeds from November sales of select items to the campaign, whose social media hashtag is #IDontSpeakHater.)

Guests enjoyed champagne in a gallery area where several initiatives were highlighted, among them: the Kering-sponsored 2009 film Desert Flower starring Liya Kebede (who portrayed Somali supermodel Waris Dirie); the biannual Kering Awards honoring social entrepreneurs; and the Starfish Project and other NGOs providing on-the-ground support for women in abusive and violent circumstances supported by the foundation.

“For the past 10 years, we have contributed to weakening the taboo around violence against women by openly addressing it in our awareness campaigns. We will continue the fight and explore new fields of action such as prevention, by raising awareness among men about violence against women,” said Kering CEO Francois-Henri Pinault, adding, “I will also keep in mind the fate of children, who are often direct or indirect victims of this violence.”

Christmas came early for the Foundation as the CEO pledged to double the budget to 2 million euros for 2019.

Among the beneficiary charities in attendance was Woman’s Aid from the U.K. A supporter of the charity, who for security purposes did not want to share her name, drove home the misconceptions around domestic abuse. The survivor spoke to the crowd about her own experience as an educated, upper-class, independent woman who found herself in an abusive relationship, a sobering tale that left most in the room at a loss for words after hearing the harrowing experience she had with a boyfriend. 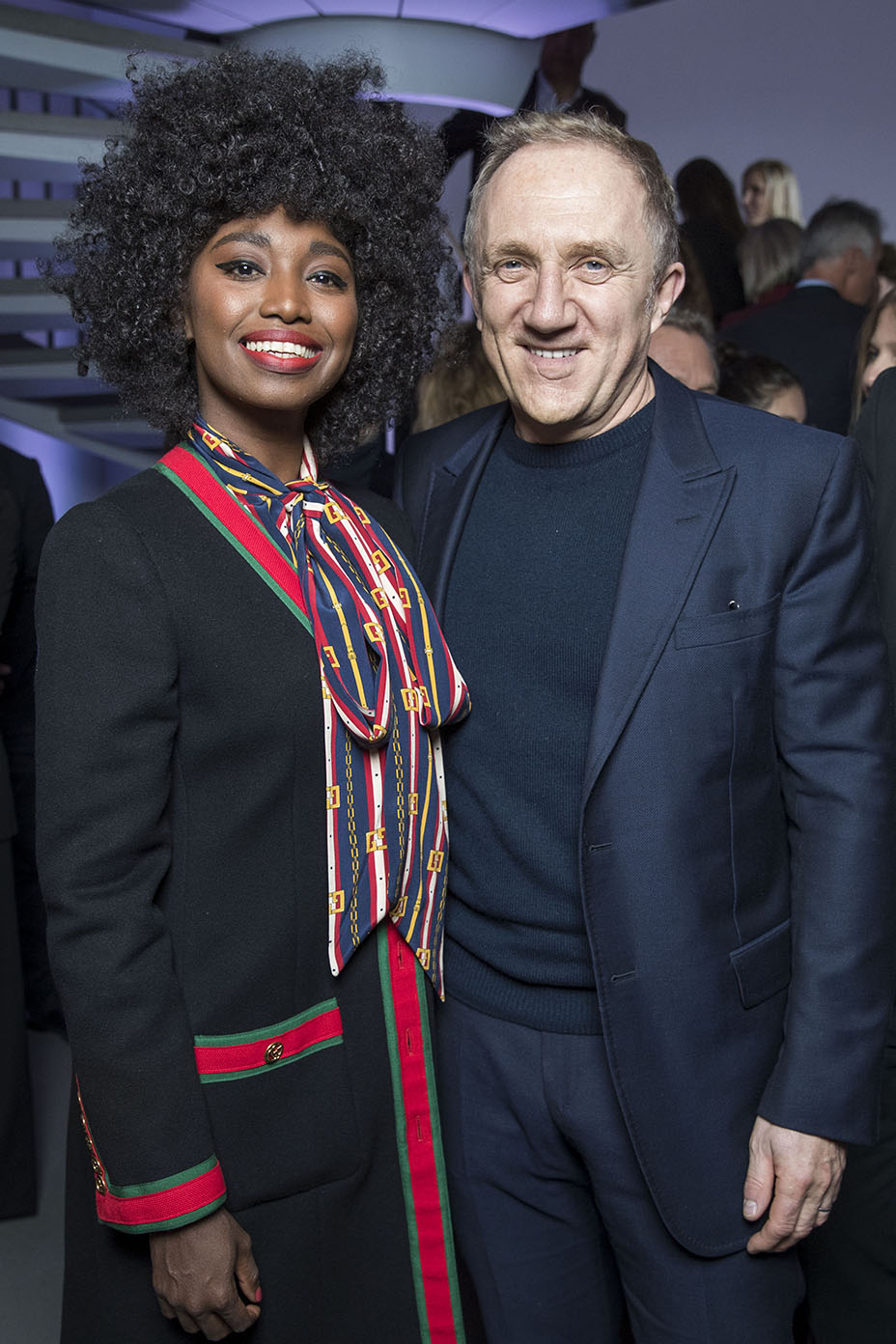 Another inspiring story came from Paris-based fashion designer Sakina M’sa. The 2010 Kering Foundation Award winner opened the Front de Mode boutique with the support of mentors at Saint Laurent and Balenciaga to sell her own eco-friendly clothing line as well as 50 other sustainable clothing and home goods brands. The designer, who hails from the immigrant-heavy and economically challenged Parisian district called Goutte d’Or, also launched a dressmaking workshop, Atelier Trevo, to promote low-income women’s access to employment as a means to financial independence.

The evening closed with the melodic sounds of Inna Modja, a Malian-born model and French pop music artist who songs relay a challenging upbringing in Africa. She and her four sisters were all subjected to genital mutilation via extended family members. She has since had reconstructive surgery and has become a women’s rights activist. She said, choking back tears, “Only after my reconstruction did I really begin to feel alive and find success in my music career.”