On Wednesday afternoon, the couple stepped out together for the CFDA/Vogue Fashion Fund show, where they sat alongside Emma Stone and Katy Perry to watch this year’s class of designers — including Adam Selman, Brock’s Kristopher Brock and Laura Vassar and Stampd’s Chris Stamp — present their latest collections at the Chateau Marmont in L.A.

The Cafe Society star, 26, arrived in a tailored blazer, sans shirt, and tweed trousers with black striped details, while her musician girlfriend, 34, opted for a cropped collar jacket and high-waisted black pants.

The pair were also spotted together earlier this week at the Elle Women in Hollywood Awards. It seems as though the two have been spending a lot of time with each other, as they’ve been spotted together on numerous occasions — though Wednesday’s event marks the first time they’ve made a public red-carpet appearance.

Stewart previously dated film producer Alicia Cargile and St. Vincent had been dating Cara Delevingne for nearly a year until their split over the summer.

Perhaps Stewart, who’s known to be extremely private, is getting more comfortable with putting her love life in the limelight now. 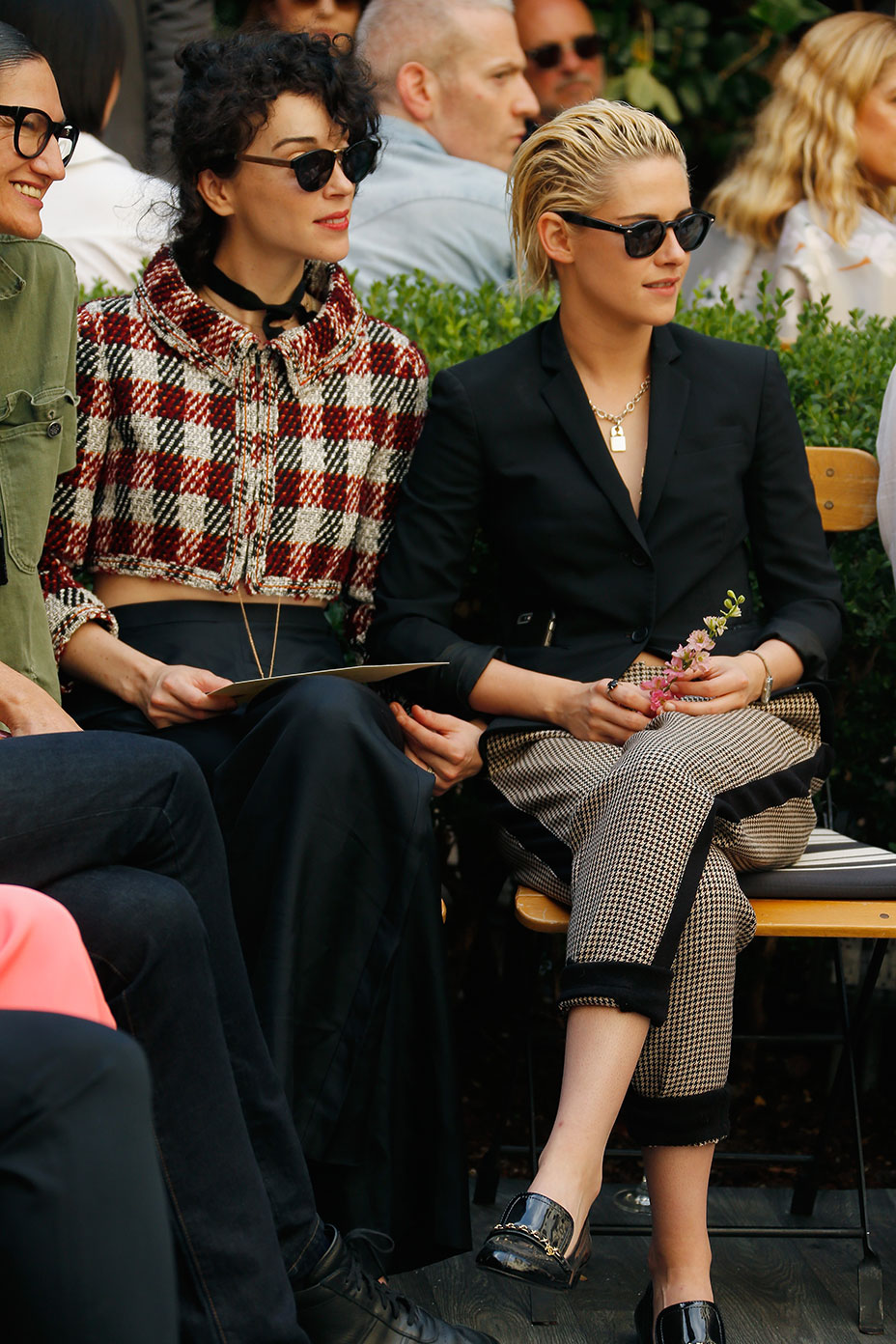