Cosmetic guru Kylie Jenner may be elusive (who else could keep her pregnancy hidden for nine months while starring in a national Calvin Klein campaign and hit reality show?), but her best friend Jordyn Woods was open about her own entrepreneurial ventures on Tuesday in an interview with The Hollywood Reporter. 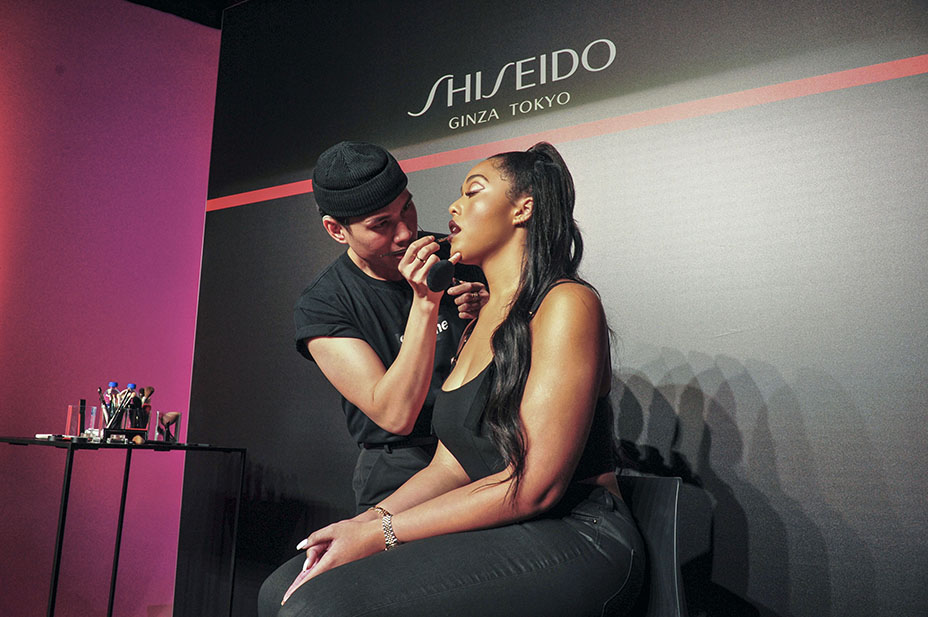 In the green room before the performance, Woods was getting “a little skin prep” in front of the vanity with Ta and her team surrounding her on couches.

“I’m excited for him to do my makeup,” Woods tells THR. “It’s our first time together and seeing the new products and what kind of graphic eye he’s creating … I’m here for the ride.”

The budding star and businesswoman has a makeup line of her own, which launched this week for her 21st birthday, in collaboration with Kylie Cosmetics. The Kylie x Jordan collection includes lip glosses ($16), a highlighter quad ($40), an eyeshadow palette ($45) and a maroon matte lipstick in the shade Woods ($17). Their friendship was on full display in a sultry brown-tinted photoshoot and in the product names; the highlighter shades are called Inseparable, No New Friends, Best Life and Together Forever.

“We always wanted to do something together and I’ve been there for a lot of the creative processes,” Woods says. “We designed multiple collections together that we never ended up releasing, and finally we created a collection that we loved and was perfect.” She says it’s doing “really well” — indeed, the lipstick and eyeshadows are sold out as of Wednesday.

“There’s a lot of memories, a lot of different colors, a lot of brainstorming” that went into the collab, “but I think my favorite was finally seeing it come together and being able to do the photoshoot and just working creatively with your friends is always fun and exciting,” Woods says.

i can’t wait to introduce the KYLIE X JORDYN @kyliecosmetics collection to you guys but before i do, i wanted to come on here and let you know just how special this collection really is to me. jordyn and i have had a true unmatchable relationship and i consider her family. she’s helped me remain ME throughout all these years and this is the first time we have collaborated on such a project! it has been so much fun and I’ll cherish the memories forever! we’ve worked hard on this and hope you love it as much as we do! reveal coming tomorrow

As she grows her own brand, Woods is taking note from her bestie, named Forbes’ youngest self-made billionaire. “I just learned [from Kylie] how to be an entrepreneur. I always had that within me. And my parents are all entrepreneurs, but her work ethic is unmatchable, so I definitely have been inspired by her,” she gushes.

Part of that venture includes her own athletic wear company SECNDNTURE, a play on “second nature,” which launched on Aug. 30. Her size-inclusive sportswear includes windbreaker pants, bodysuits, sports bras and a birthday collection (featuring waist training shorts, leggings, biker suits, bras and more) with Woods modeling the products in an Instagram campaign not unlike Jenner’s marketing tactics.

“I have always been a curvier girl and I feel like everyone should feel like they have options for them, and something cute and trendy,” Woods tells THR. “Growing up, it was very difficult to find clothes that I felt like made me feel cute like all the other girls.”

She adds, “I wanted to create something for everyone. We created a very large range of different styles and sizes, so I mean it was our first drop, we’re still working on it. There’s still so much to learn, but I’m just going with the flow.”

Part of that open spirit is her willingness to explore different realms in entertainment and fashion: “I feel like life’s short. You might as well try everything.”

So why partner with Shiseido on Tuesday? “I mean, why not? It was fun and Patrick asked, and I think he’s a great makeup artist,” she says.

Ta agrees: “It was just amazing to see different innovative products that I hadn’t seen before … it’s cool to be able to see a brand that comes out with new things.” He says working with Shiseido has been “an amazing experience. I’ve been able to go around the world and see so many different makeup trends that I hadn’t been exposed to before,” traveling to Tokyo to see the looks “you don’t see in America.”

He tells THR the upcoming red carpet makeup trend is color-blocking. “I want to try to blend colors together more rather than just choosing, like, one color.” Expect to see his clients with a blue eye with an orange lip, or purple and red together, “and different colors that you normally wouldn’t see. But it’s definitely like wearing it with a purpose and having an outfit to pair it with.”

So what’s next for Woods now that she’s entered the world of beauty and fashion?

Woods says in five years, “I could be a monk and shave my head in the mountains of Peru for all I know. My life is so different. I change my mind all the time,” she tells THR. “I’m almost positive that’s not where I’ll be, but I feel like I’m constantly trying to reinvent myself and try new things. I didn’t think that within the year I would have my own company. I’m just hoping to continue to grow as a person and try as much as I can to be as experimental as possible.”

She hinted that music could be her next conquest. “Maybe I’ll drop a mixtape or something. No, not actually. But maybe. You never know,” Woods teased. “I DJ a little bit, Air Jordyn. Maybe I’ll be something in music or acting. I don’t know, maybe.”

“The world is yours, girl,” Ta tells Woods, who says, “Yeah, exactly. Try everything. I would love to be in a feature film, just one time so I could say I did it.”

“She’s quite the actress,” her mother and manager Elizabeth Woods jumps in to laughs.

“There’s always something to learn. I think the smartest thing you can know is that you can never know everything,” Woods says. “So I’m like a sponge. I kind of take on a little bit of everything.” 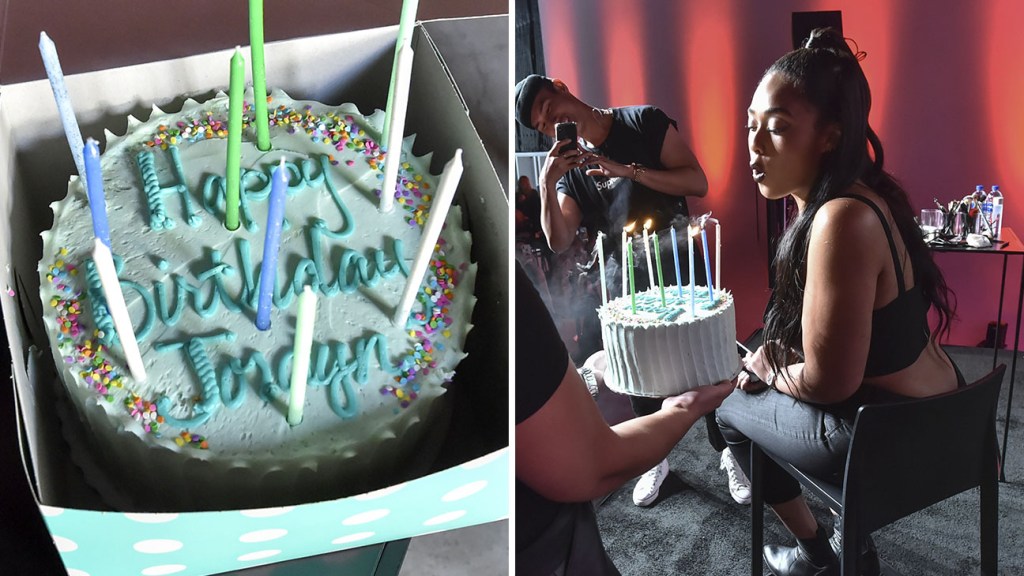 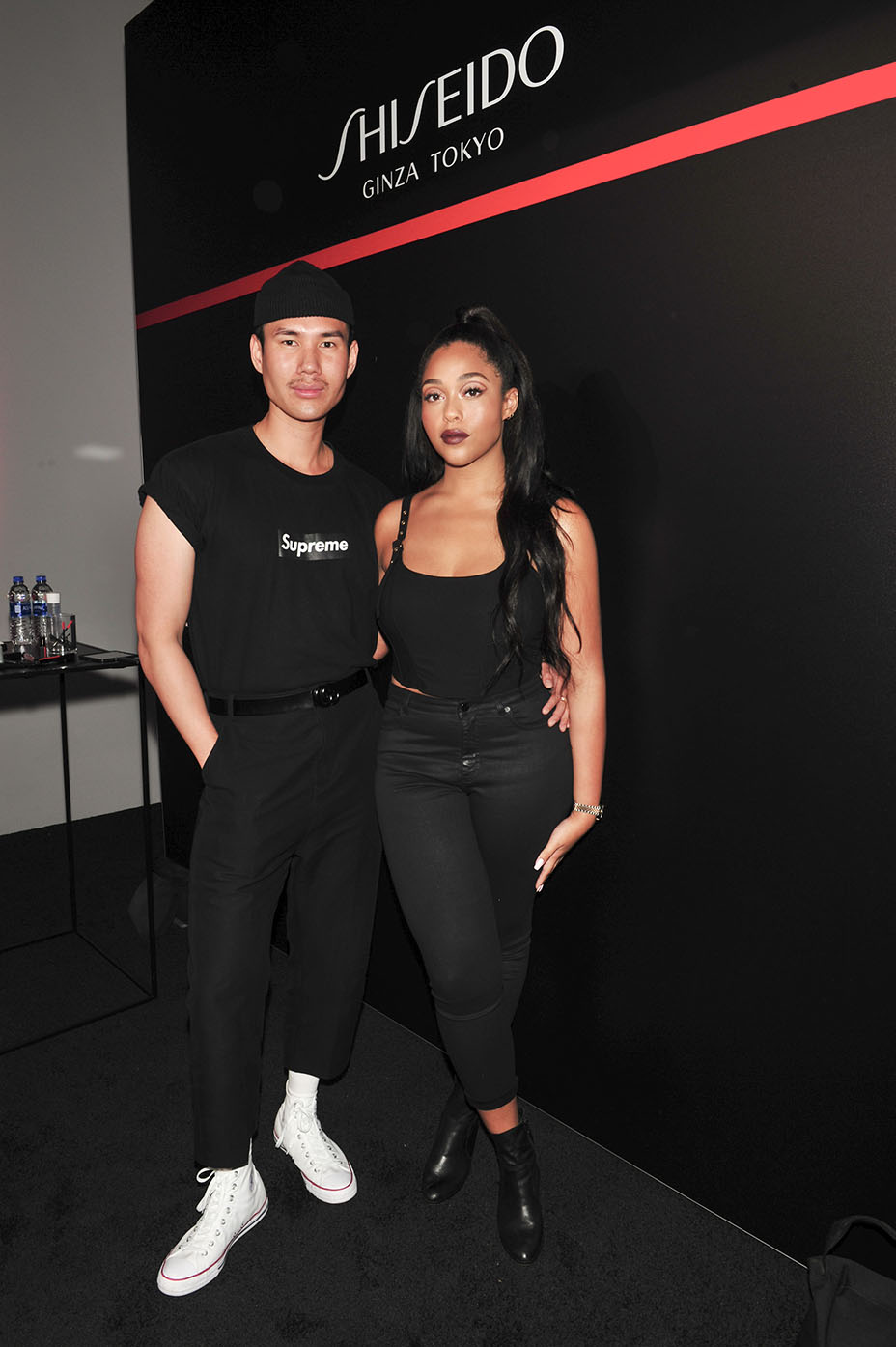 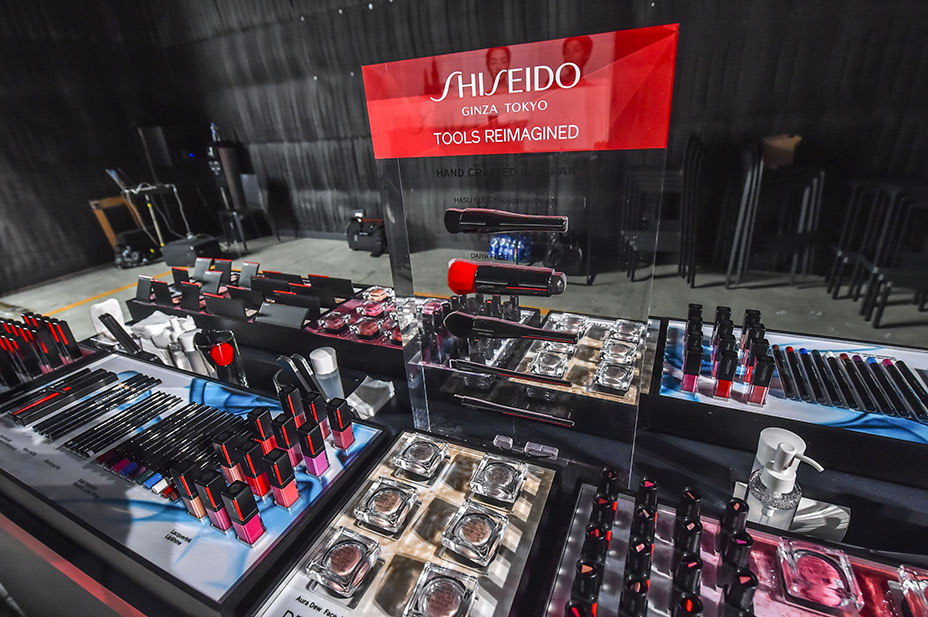