If ever there was a sign of the fashion times in 2018 Los Angeles, this was it.

On Sunday, Jasmin Larian, creator of Cult Gaia, the brand that Instagram built one bamboo Ark bag “like” at a time, hosted the first runway show for her fledgling lifestyle label with a Malibu beach backdrop made for social media.

Rescheduled from two weeks ago because of the Malibu fires, the event brought Cult Gaia-dressed guests to the designer’s parents’ Frank Gehry-designed house (dad Isaac Larian is the creator of the Bratz dolls and mom Angela Neman is a sculptor), for cocktails, lounging on the lawn and beachfront photo ops. 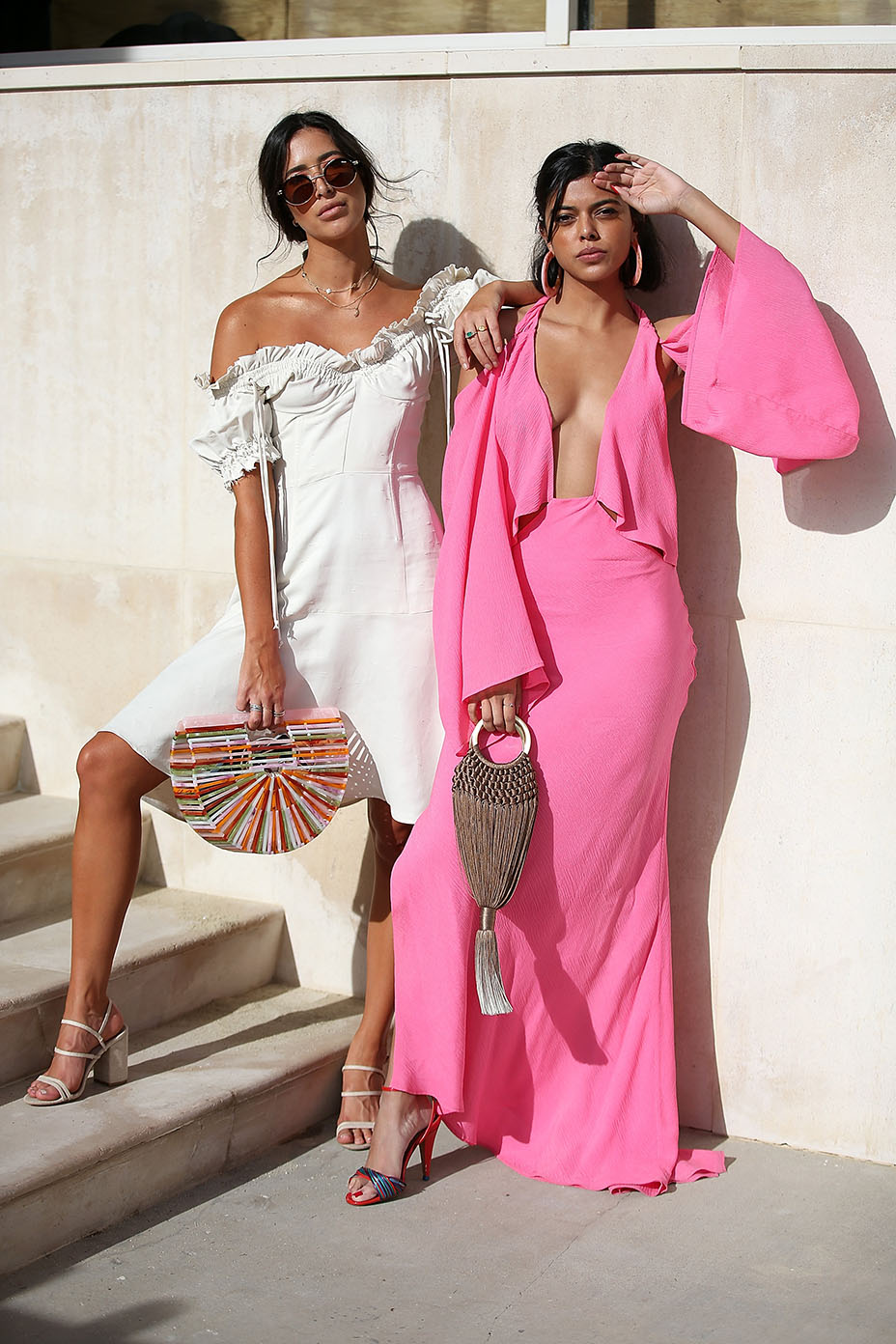 “It’s such a beautiful backdrop, and I like using the contrast of architecture and nature as inspiration. L.A. is in our DNA. So much of our brand is built around the weather and lifestyle,” explained Larian, who launched her brand with handbags in 2014 with a $7,000 investment from her dad, and has since expanded into clothing, shoes and jewelry, continuing to be self-funded. Her path in the business is becoming a familiar one in Los Angeles, with accessories-first labels such as Staud and Rebecca de Ravenel also expanding into ready-to-wear and generating a following among the city’s fashion-forward social media trendsetters.

Larian used Instagram to introduce her signature half-moon shaped bamboo Ark bag, priced right at $168, a style that peaked last summer when it spawned wait-lists, imitators, and was being carried by social media and Hollywood stars alike, Jessica Alba, Rosie Huntington-Whiteley, Sincerely Jules and Chriselle Lim among them. She says Cult Gaia will do $15 million in sales this year.

Shown on the family’s tennis court, with her mother’s abstract clay sculptures as set pieces, and falling rose petals to create drama, the runway show featured the designer’s Resort collection that is already in stores now, with plenty of vacation-ready sundresses in vivid prints (including the backless one worn by the designer herself, part of a collaboration with Brazilian artist Lane Marinho, whom she discovered on Instagram — where else). 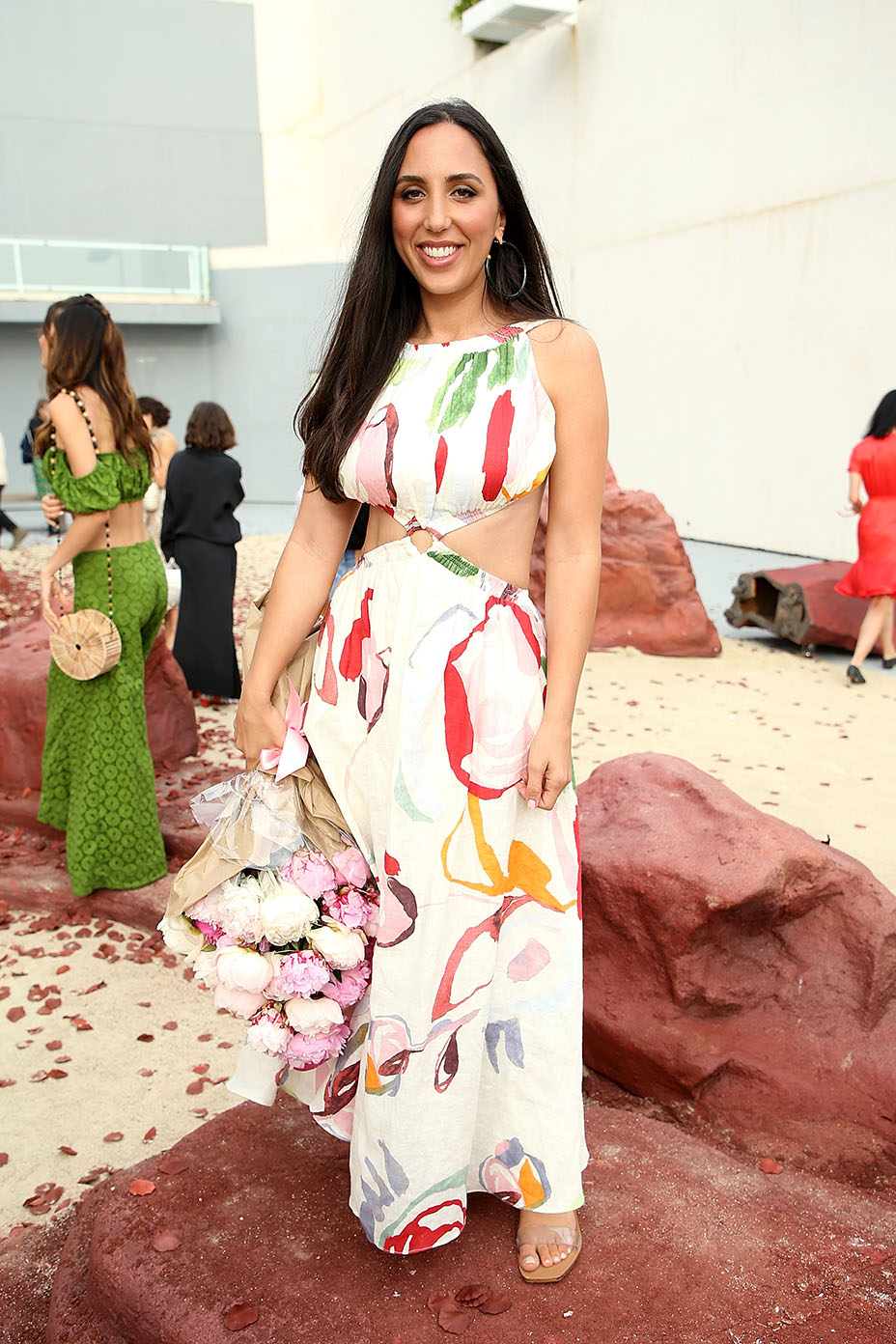 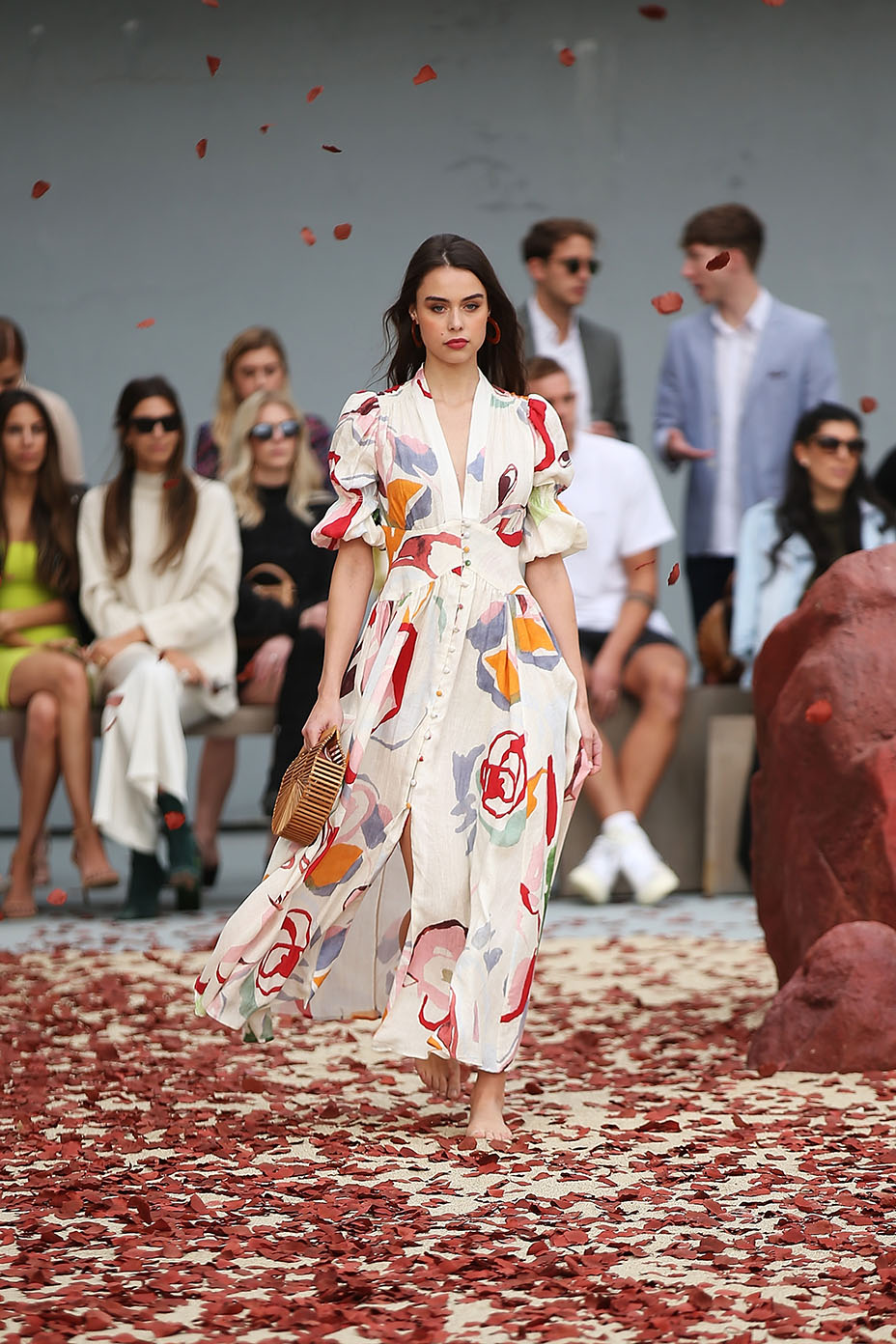 The collection was accessorized with Cult Gaia’s newest bags, including one in acrylic shaped like a hive, and another a wood-beaded carryall tote. She also used the show to introduce Cult Guy, her first menswear styles, including button-down shirts and shorts in the same vivid prints. “I didn’t see any brands doing shirts out of the same fabrics as women’s clothing, and I knew a handful of guys who would wear them, so why not?”

Her philosophy to building her brand, she says, has been to listen to what her customers want. “It’s about making products that are attention-grabbing, unique and different but not overdone.” 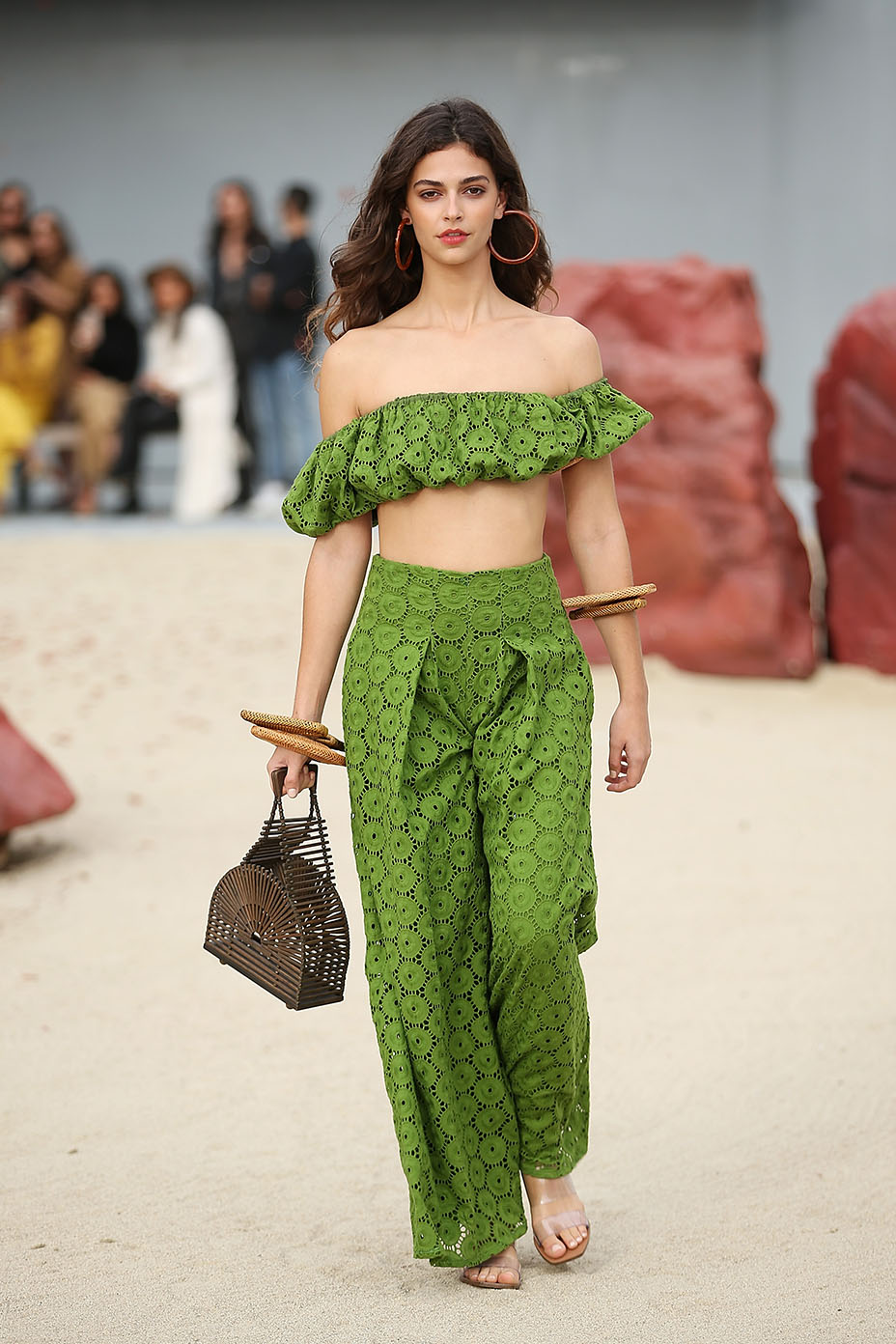 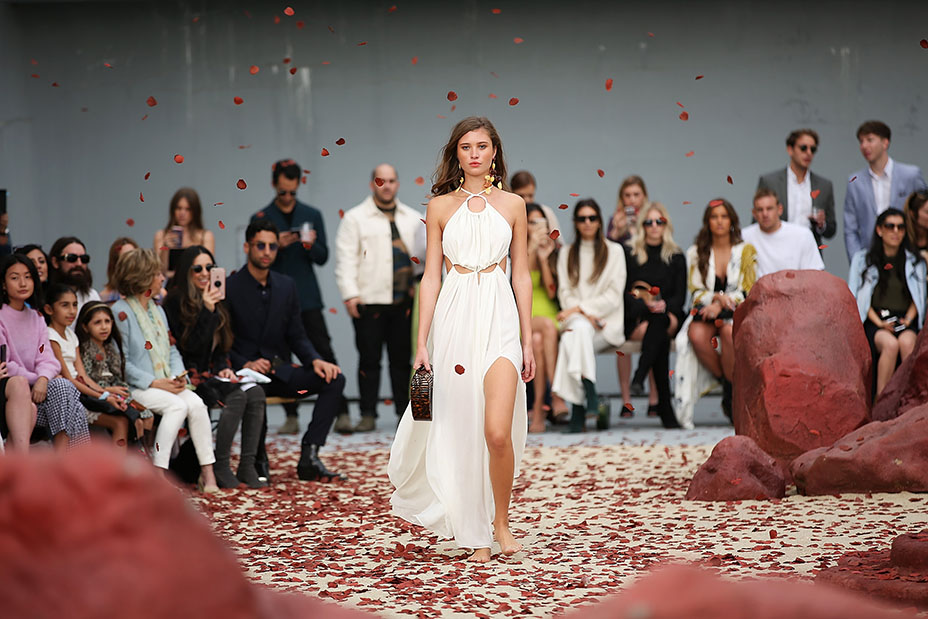 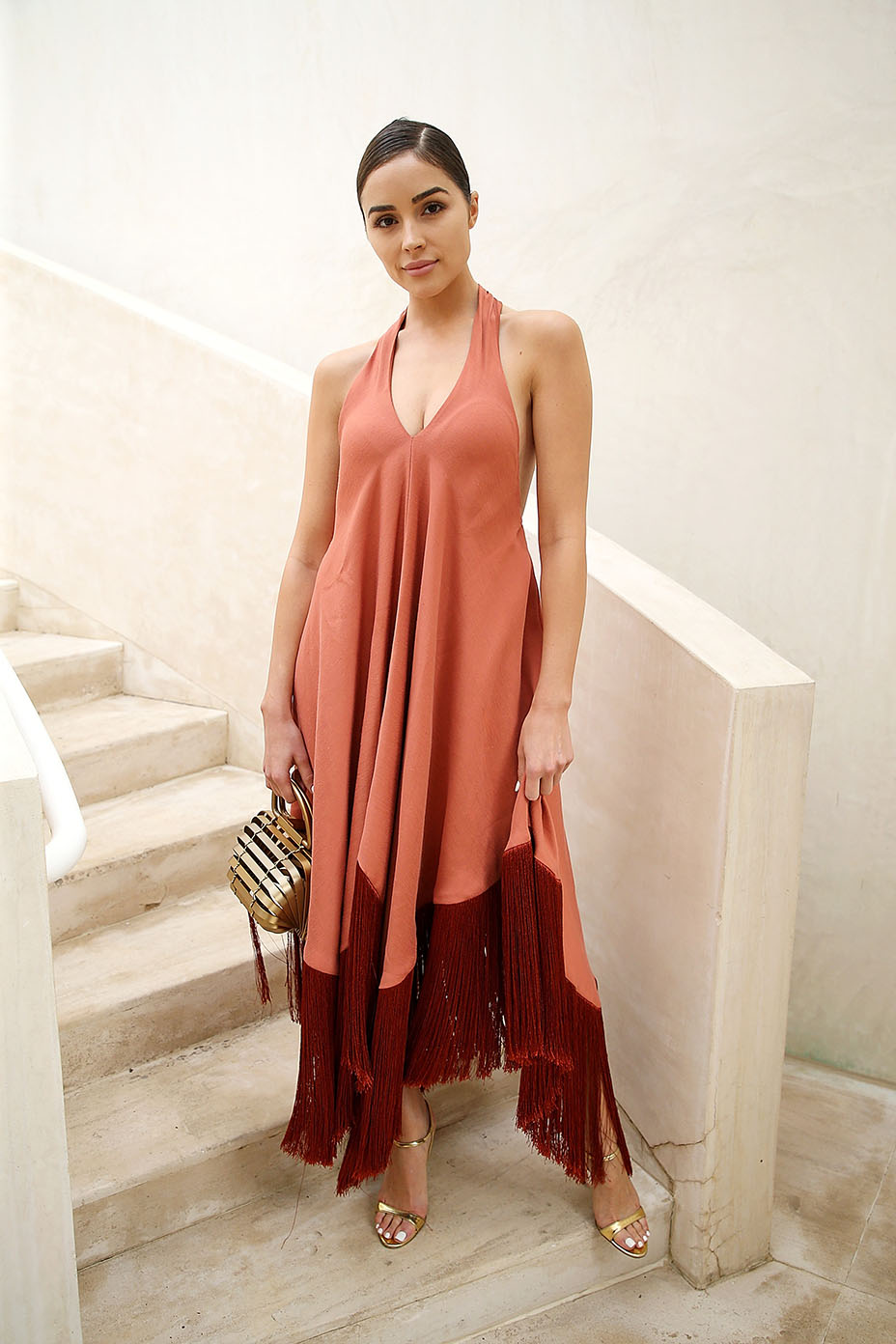 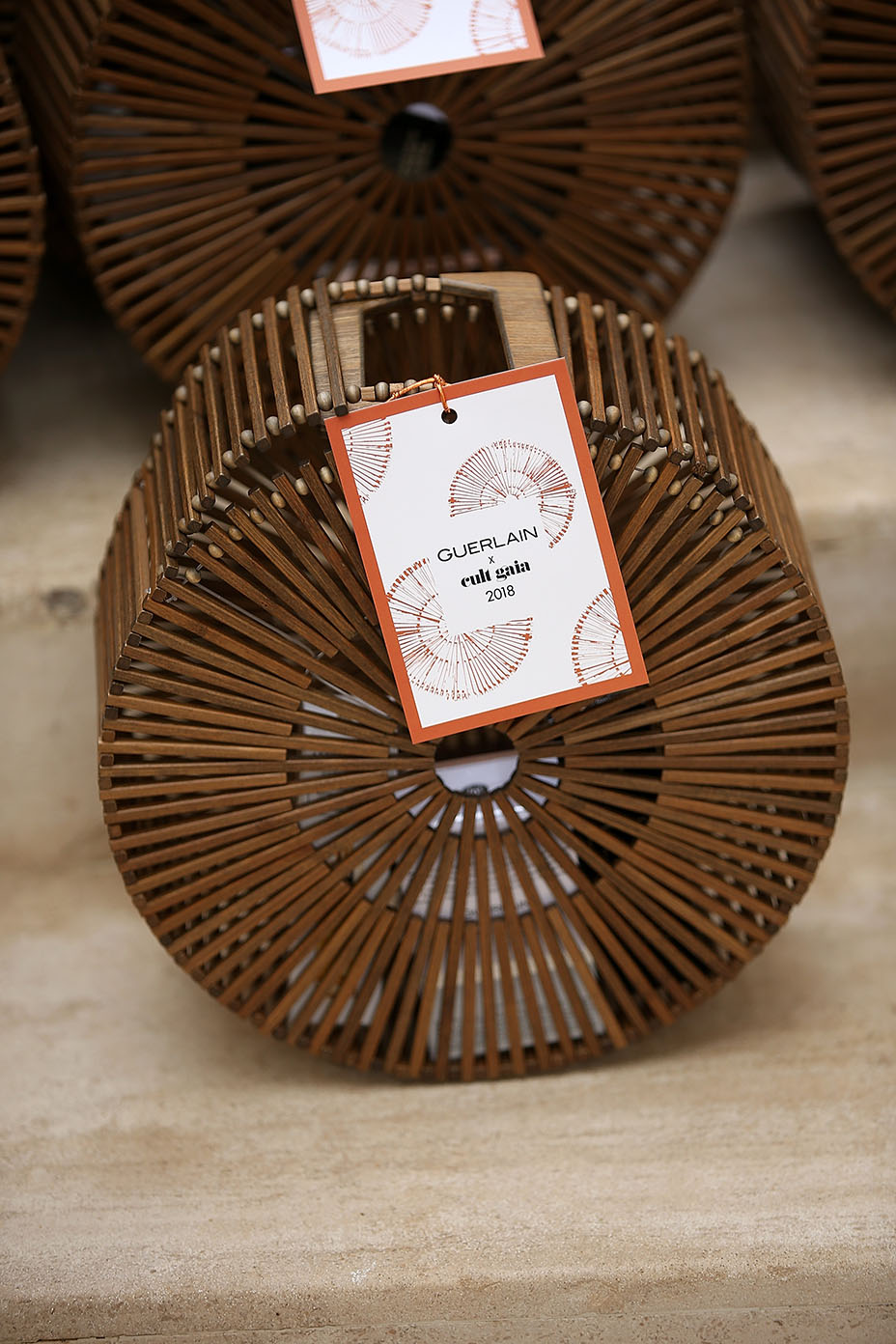