No water? No problem.

Like many flower fanatics, 26-year-old Hagar Elaziz, a former producer for ABC’s Extreme Makeover, wondered how the handmade bouquets she designed from downtown L.A.’s flower mart could outlast their average shelf life. After trying various techniques, Elaziz, now 29, found a winning method that against all odds, does not require water and keeps real roses alive for at least a year.

Lizzo Is Getting Her Own HBO Max Documentary 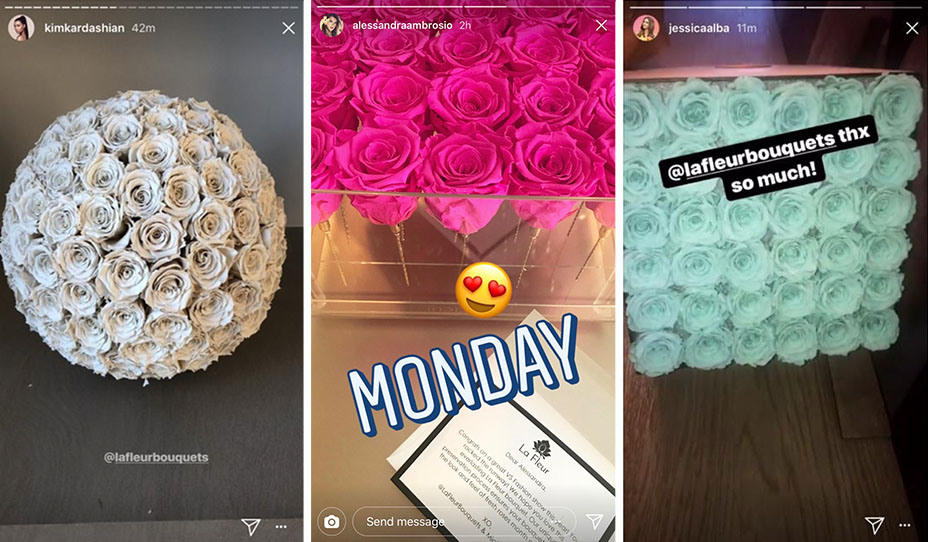 Whether it’s for birthdays, holidays, celebrations or simply just because, Elaziz has created dozens of personalized designs for famous clients, including a massive floral butterfly arrangement for Kylie Jenner (after she welcomed daughter Stormi Webster in February), and a black and gold scorpion arrangement for Drake in honor of the rapper’s new album. Jenner also received a bouquet for her 21st birthday in the design of a red solo cup with “Legal AF” written in gold roses.

Congratulations @kyliejenner on your beautiful baby butterfly! These roses will last until her 1st birthday! Thank you @yrispalmer for always choosing us for your floral needs! 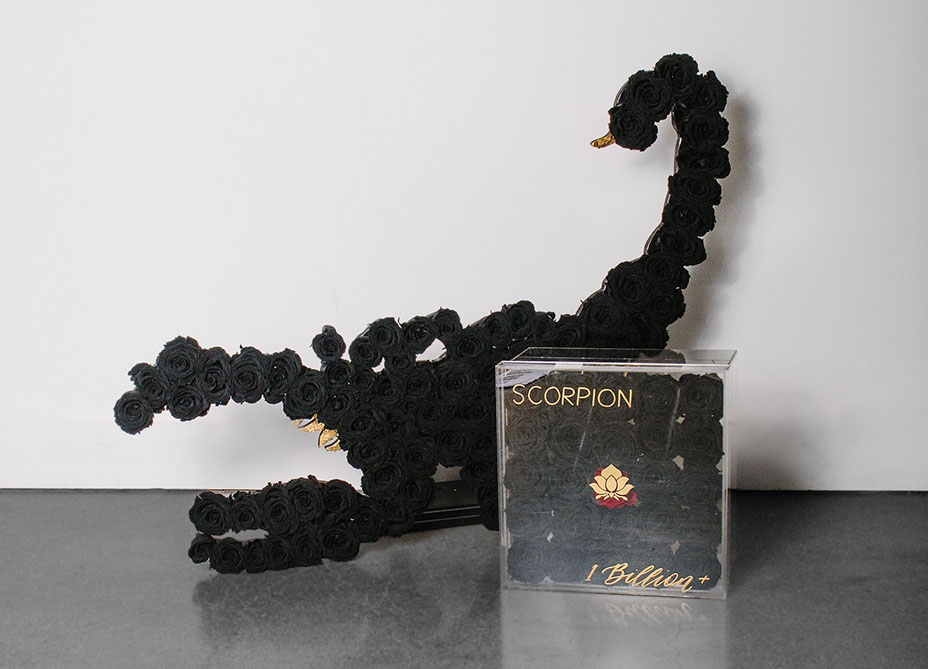 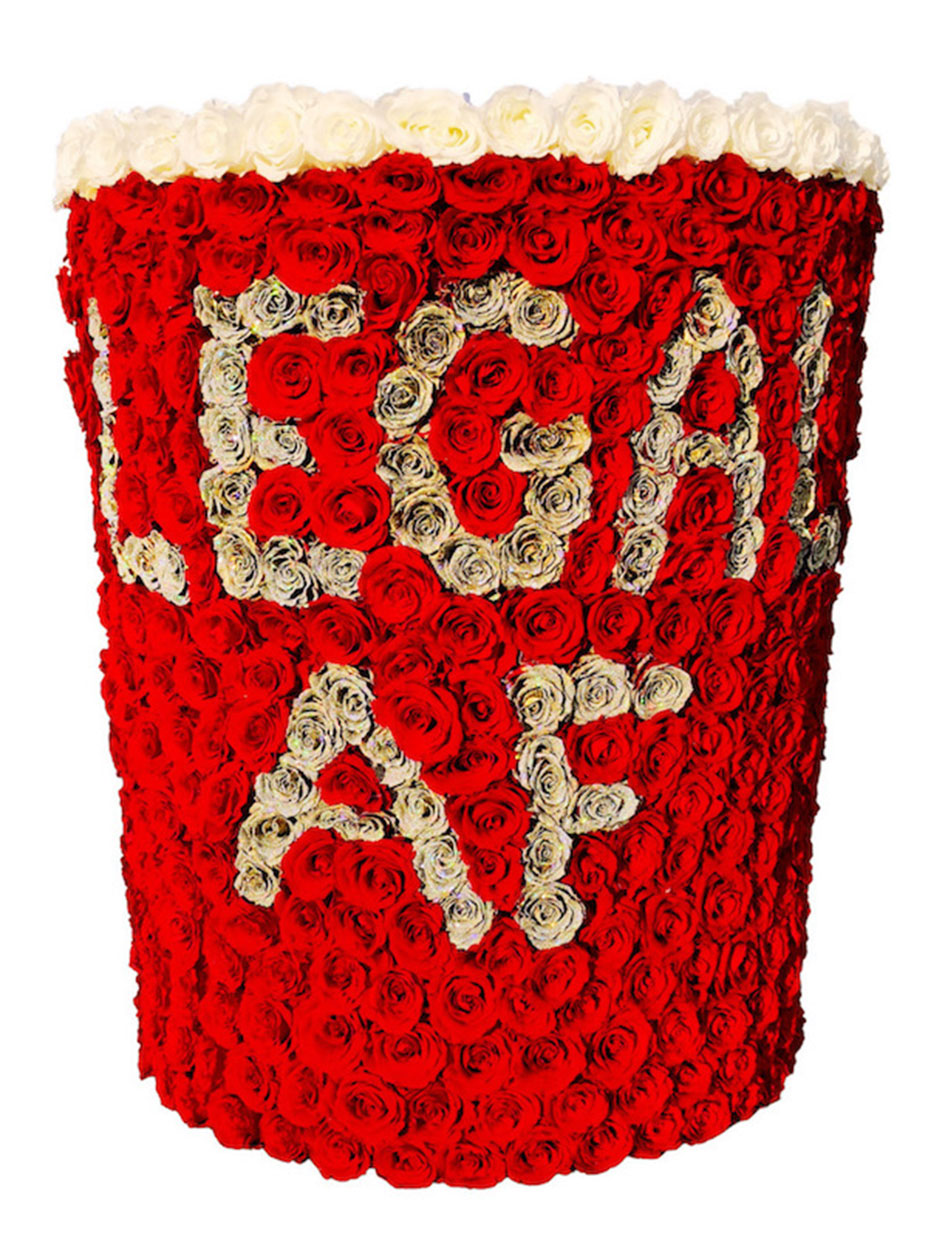 In order to maintain the preserved roses’ longevity, Elaziz uses a process that involves cutting the flowers at their peak bloom state, removing their natural moisture and re-infusing them with nontoxic, food-grade dyes and oils. Her rose assortments come in more than 40 colors, including metallic gold, the top seller. 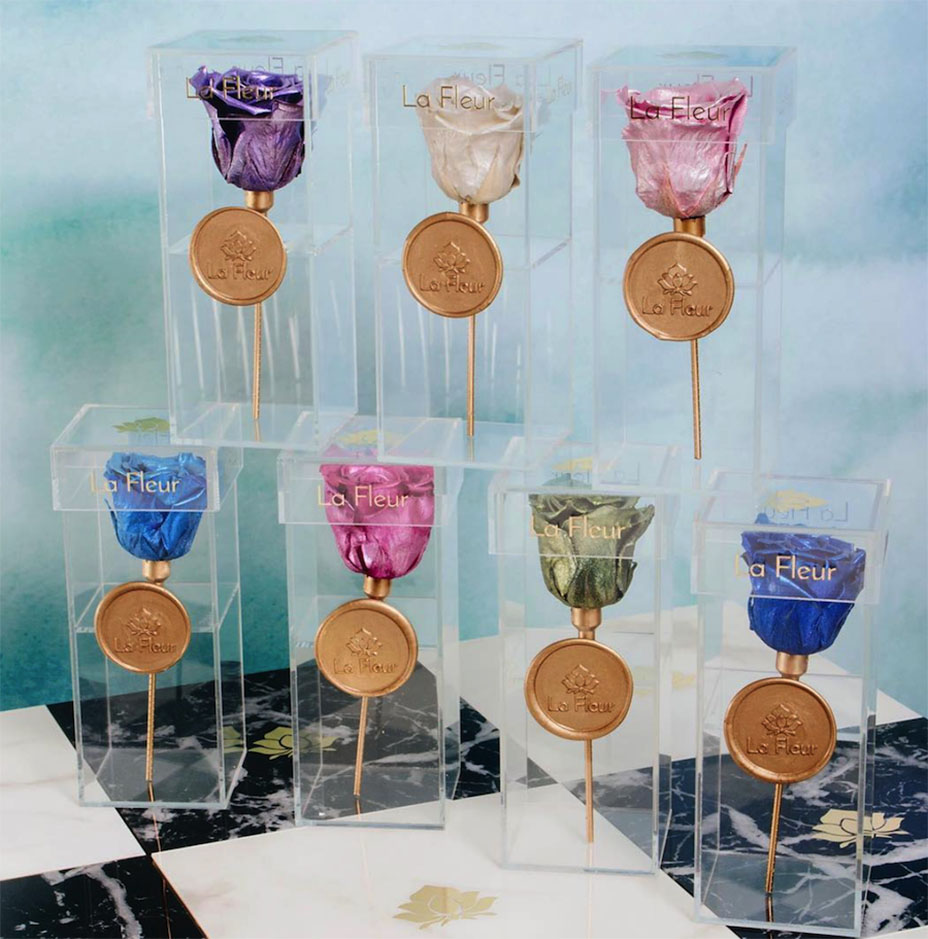 “Oprah [Winfrey’s] was our largest arrangement,” Elaziz reveals of the media mogul. “It was green and white because her favorite color is green. Like a checkerboard style in an acrylic box with 100 roses. That box sells for $2,000.”

Prices range from $40 to $2,000. Aside from its website, the brand can also be purchased at Nordstrom and Ron Robinson, who recently commissioned Elaziz to create a 2,000-rose wall installment for his home. Personalized design options include a velvet keepsake box with calligraphed engraving, or diamond-dusted roses. Each order is sprayed with an original scent developed by the young inventor herself — fragrance is something she says is next on her company’s radar, in addition to trying to tap the male celebrity market: “Men don’t typically get flowers and we have masculine colors that would be perfect,” she noted.

Happy Birthday @50cent we loved creating this custom arrangement for you!!! #getthestrap 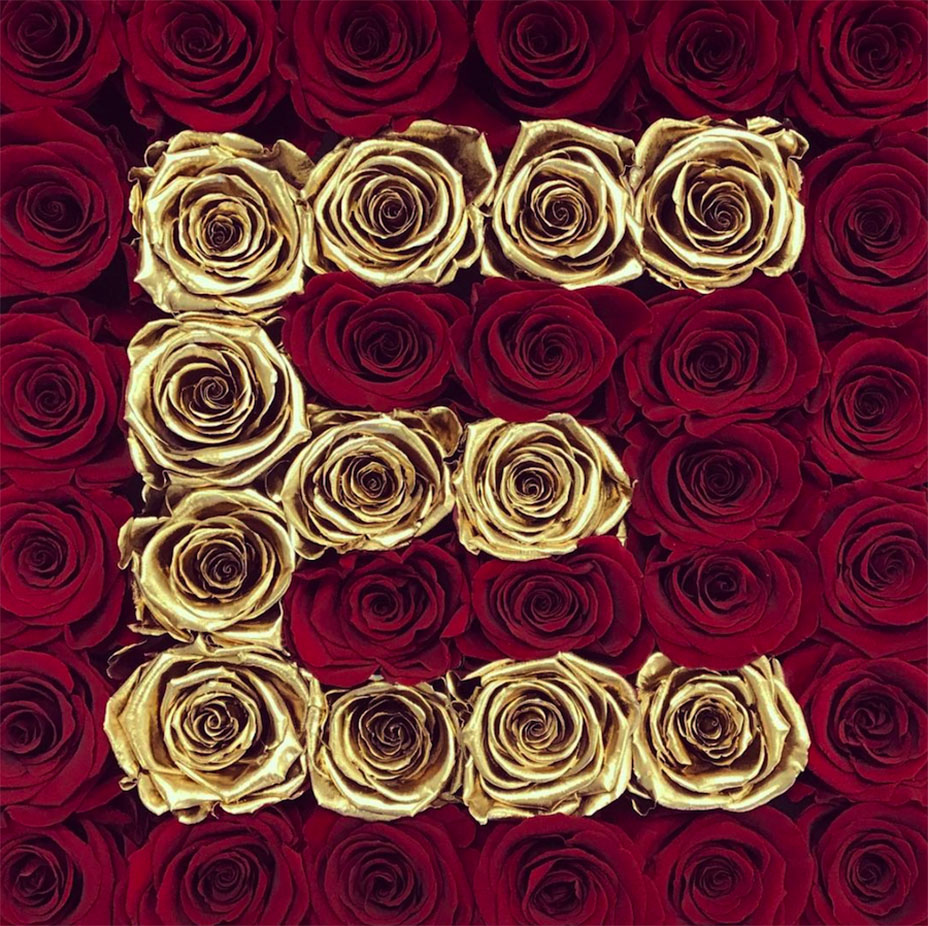 In addition to Drake, Elaziz has created designs for Elton John (red and gold roses in the shape of an “E”), 50 Cent, Tracy Morgan and George Lopez, but she says most orders have been primarily for women. Still, as Elaziz’s impressive list of clientele continues to grow (“You think it can’t get better and it does every time”), she still has a few Hollywood icons that she’s hoping will one day put in an order.

“Drew Barrymore would be at the top of the list, and I really want to send to Ellen [DeGeneres]. I freakin’ love her,” admits Elaziz. “Cardi B would be really cool, too, just because she’s so crazy and her reaction would probably be priceless!”