Taking the stage to accept his award, film director Guillermo del Toro joked that he had been dressed by his favorite designer, “big and tall.” He was actually wearing a custom Gucci suit, as was fellow honoree Catherine Opie. Gucci dressed half of Hollywood on Saturday night for the LACMA Art+Film Gala in a powerful showing of the brand’s range — and inclusiveness — which is the new way of luxury.

“Sameness is madness and difference is sanity,” del Toro told the crowd of creatives, including Gucci designer Alessandro Michele, who has built a powerhouse brand (sales up 35 percent in the third quarter) on that very philosophy, elevating the individual in an industry that has traditionally been about conformity. 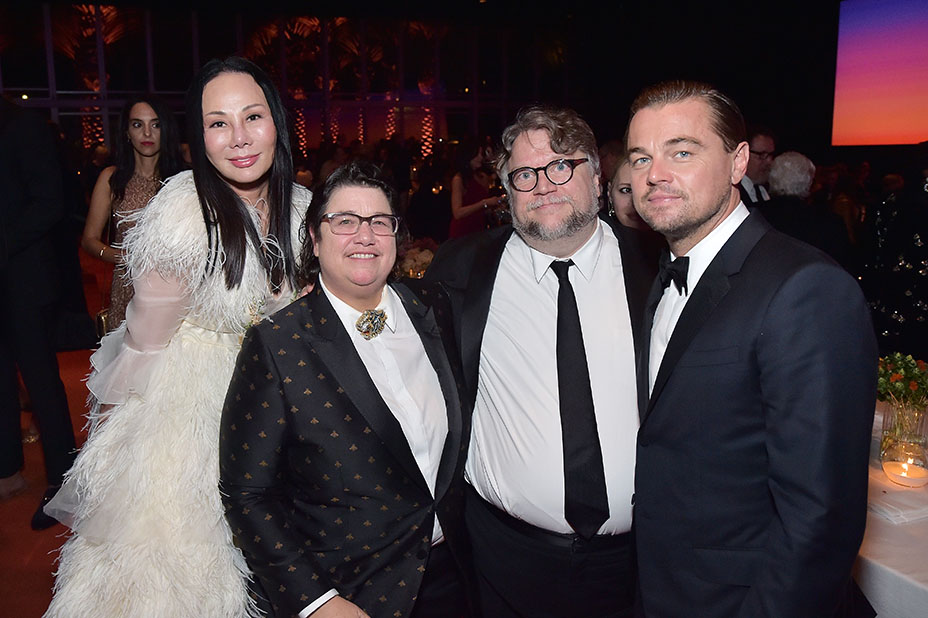 Capping off a weekend of L.A. events, including a celebration of its latest fragrance campaign at Hollywood Forever Cemetery, and the unveiling of a new facade for its Rodeo Drive store, Gucci was the presenter of the eighth annual gala, which was co-chaired by LACMA trustee Eva Chow and actor Leonardo DiCaprio, with a special performance by Beck, and raised more than $4.5 million to support the museum’s future exhibitions, acquisitions and programming.

More than 850 guests arrived via Wilshire Boulevard, walking through the landmark “Urban Light” lampposts to reach the cocktail reception, before taking their seats at a dinner served under a clear tent that let the lit palm trees shine through for a Hollywood-worthy backdrop. 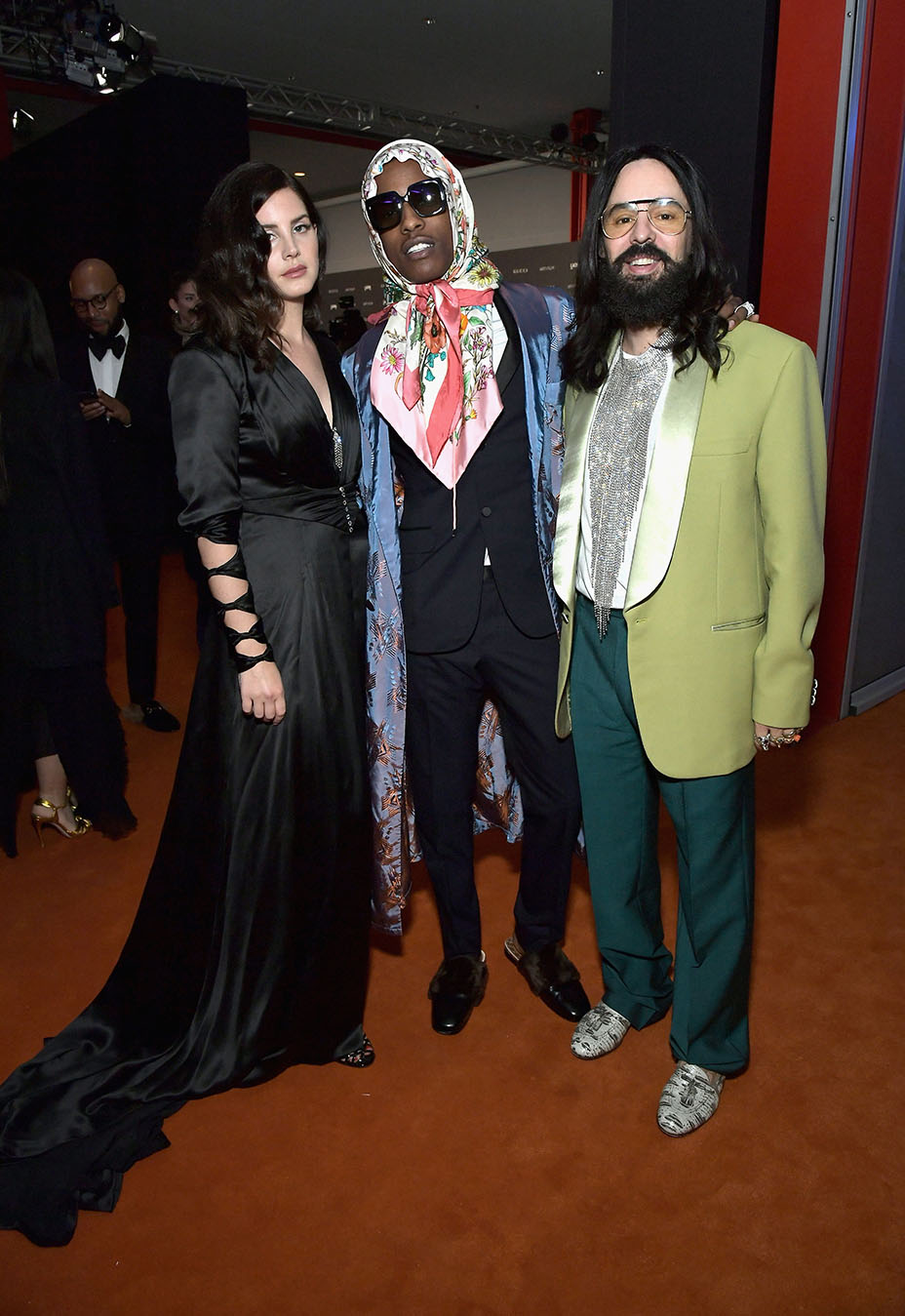 Although Michele never took the stage during the event, Chow singled him out in her remarks, thanking him for being “personally warm and kind.” The brand dressed a multitude of guests, but each one managed to look different, like a character in a Gucci movie, perhaps. 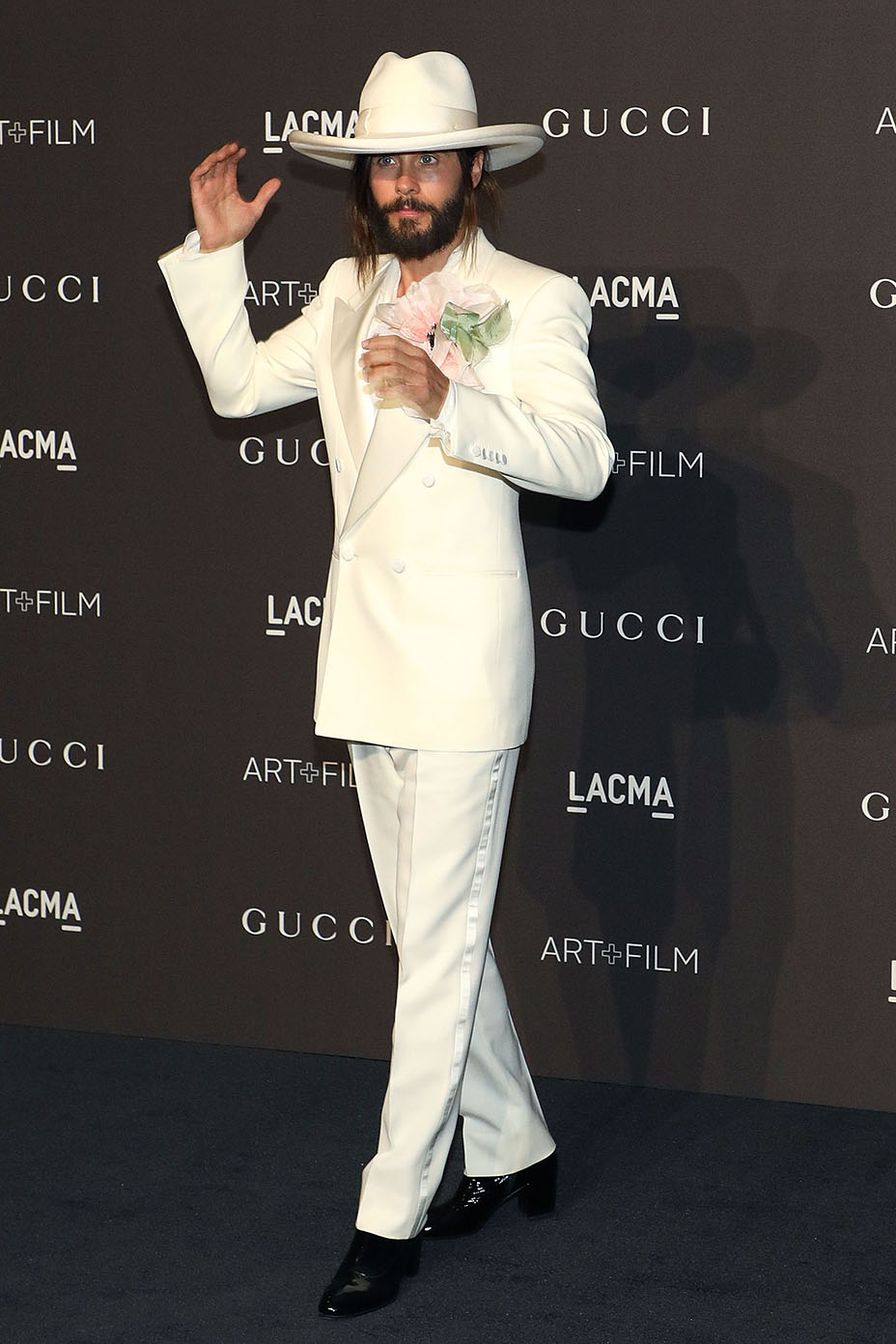 Jared Leto played the Gucci don in a white tuxedo, oversized pale pink corsage and white hat. “Thanks, I had nothing to do with it,” he deadpanned when complimented on the ensemble. Meanwhile, A$AP Rocky worked a Gucci granny look — for real — complete with headscarf and sunglasses. He was deep in conversation with Zoe Kravitz (the rare star not wearing Gucci, she wore a lovely freshwater pearl-encrusted Gabriela Hearst gown) at the dinner table. To be a fly on that wine glass. 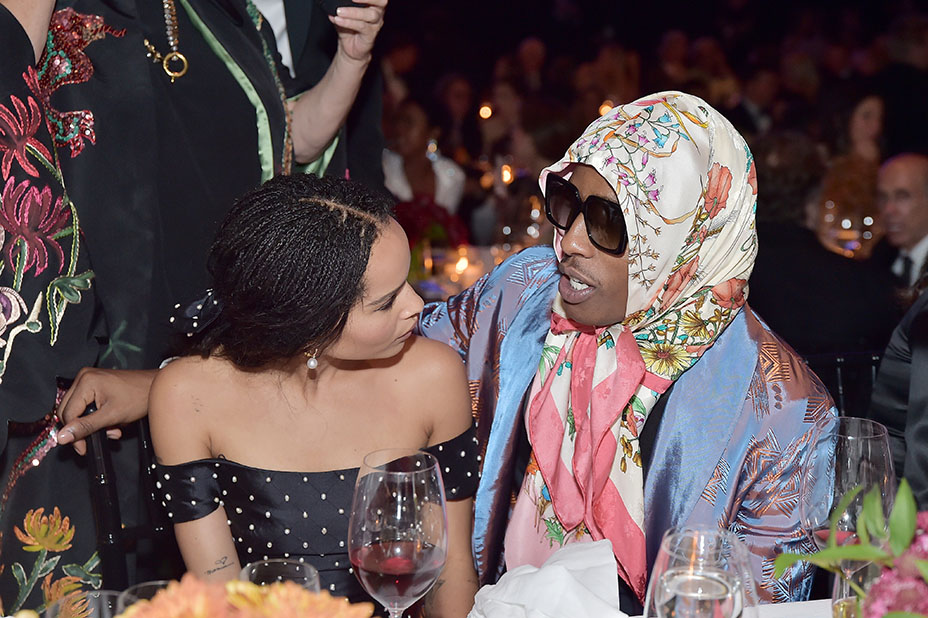 With Hari Nef, who fronts the Gucci Bloom fragrance campaign, the conversation drifted to weed (hey, it’s L.A.). “I want to be the face of Gucci cannabis,” she announced, before gliding away in her black strapless, sculptural-ruffled gown. 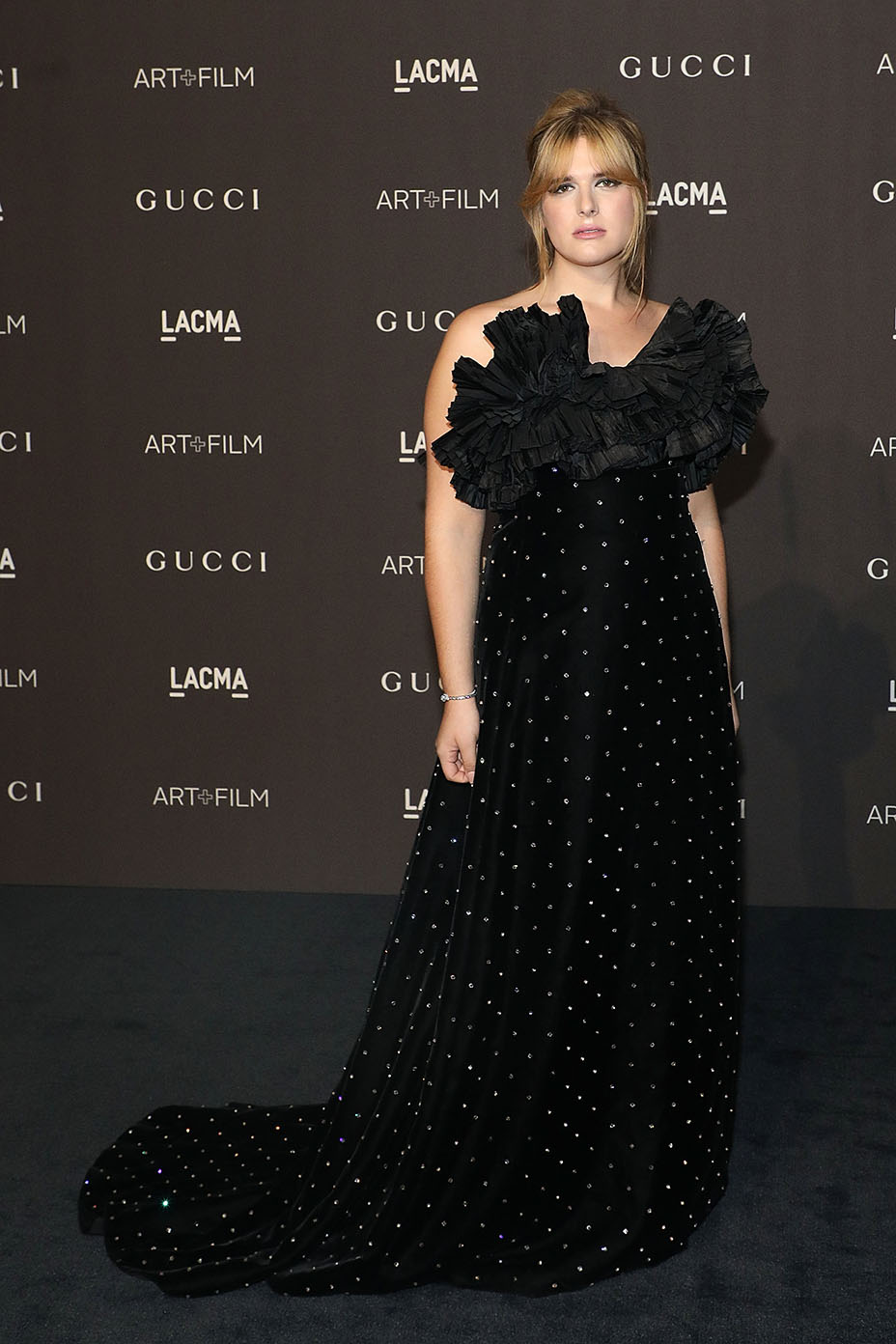 If Beale Street Could Talk star Kiki Layne played the ingenue. Attending the gala for the first time, she said her gown made her “feel like a queen,” and played up the pleated skirt to dramatic effect on the red carpet. 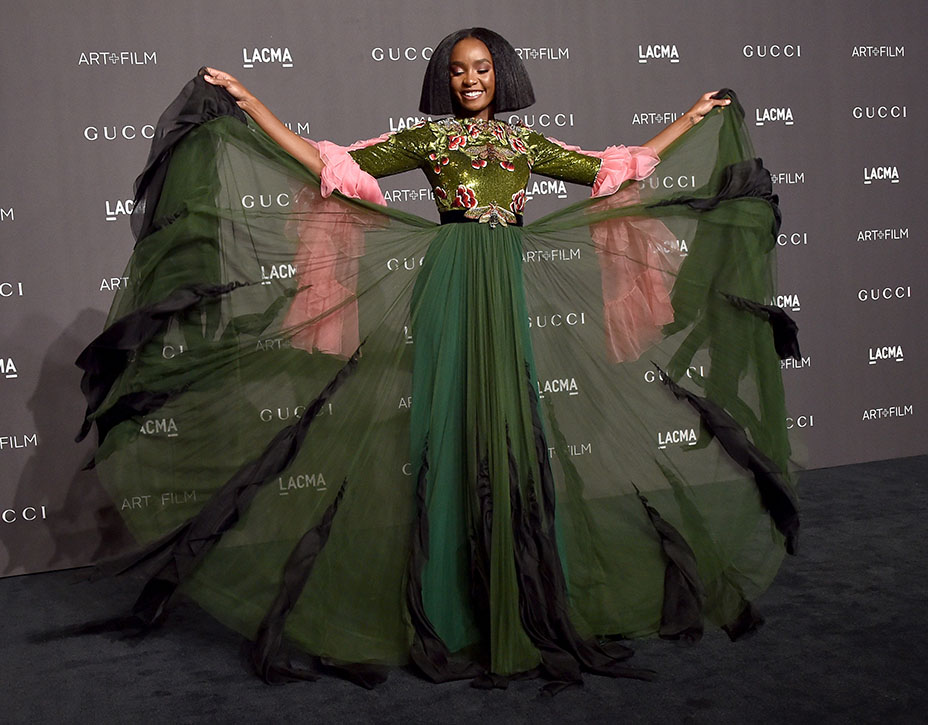 Also part of the brand’s tribe was Courtney Love, who looked old Hollywood glam with her blonde hair in waves, wearing a chartreuse duchesse satin gown with sequin bow detail, and walking in with costume designer Arianne Phillips, herself a glam Gucci caped crusader. 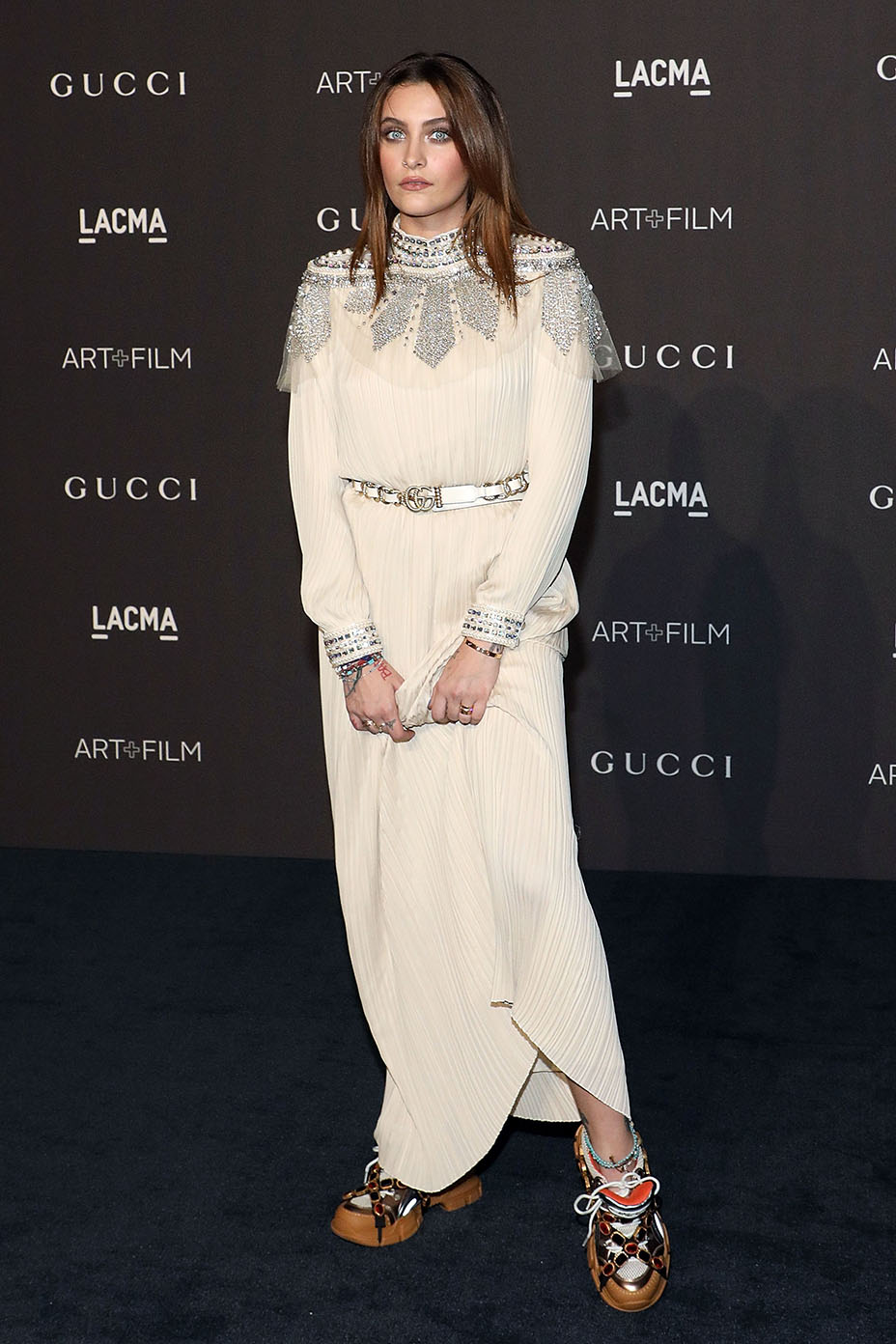 Meanwhile, Fifty Shades actress Dakota Johnson, who also fronts for Gucci Bloom, was decidedly covered up in a monastic-looking black gown with sheer detail at the neckline, a sly wink at her sexy reputation. Paris Jackson paired her gown with Gucci Flashtrek jewel-encrusted sneakers. 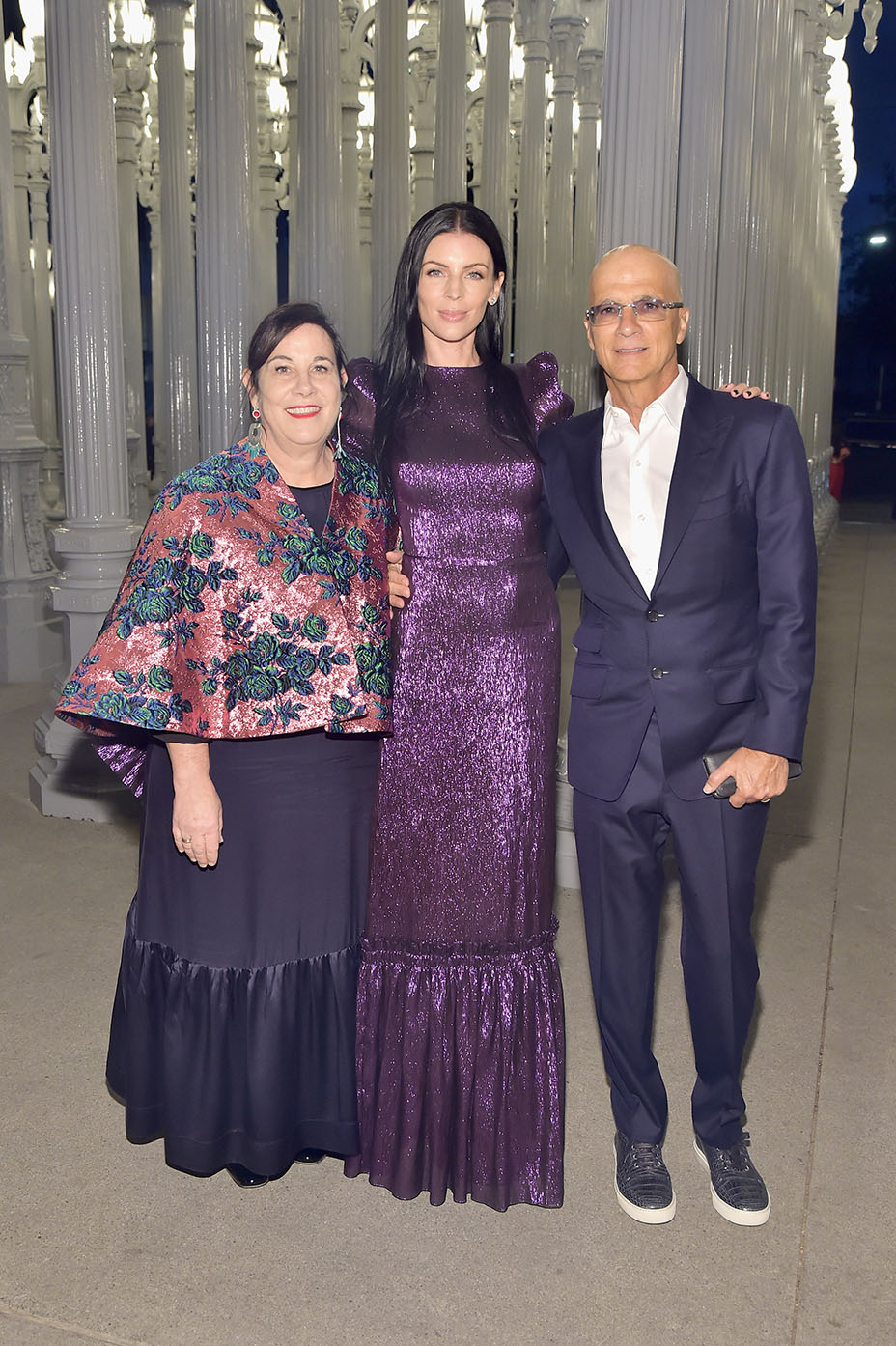 Not in the Gucci camp, Kim Kardashian West brought sis Kourtney as her date, and the two rolled in wearing ’90s-style black silk slip-dresses. Kim paired hers with a cross necklace (channeling Madonna?).

After dinner, everyone gathered outside for one holy jam session led by a Gucci pussy-bow blouse-wearing Beck, joined onstage by Dave Grohl, who doffed his Gucci tux for a tank top for easier drumming, and St. Vincent crooning in a tiger-stripe mini. Yes, there was weed in the air, but it was not Gucci branded, at least not yet.

Scroll through more photos below. 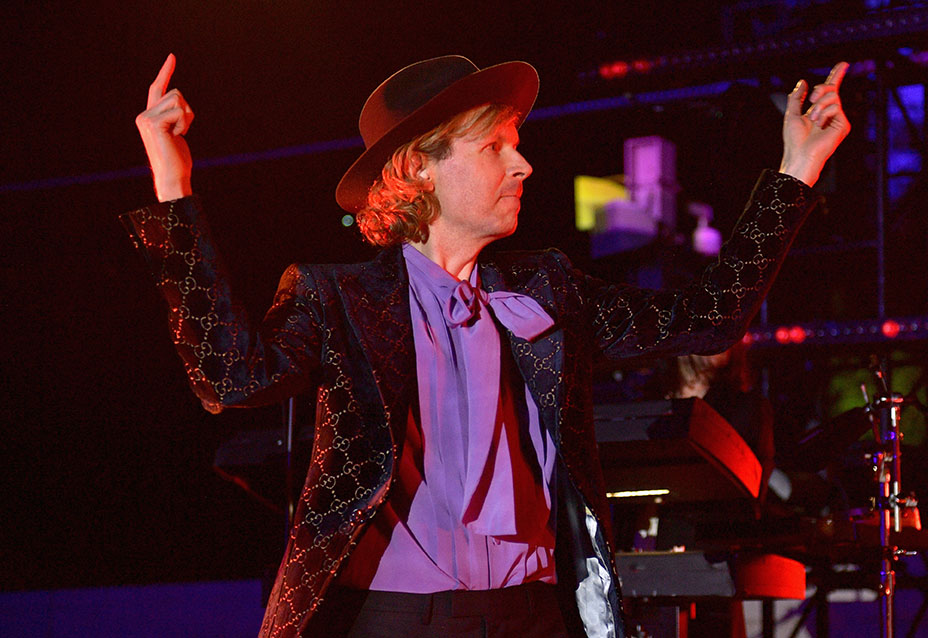 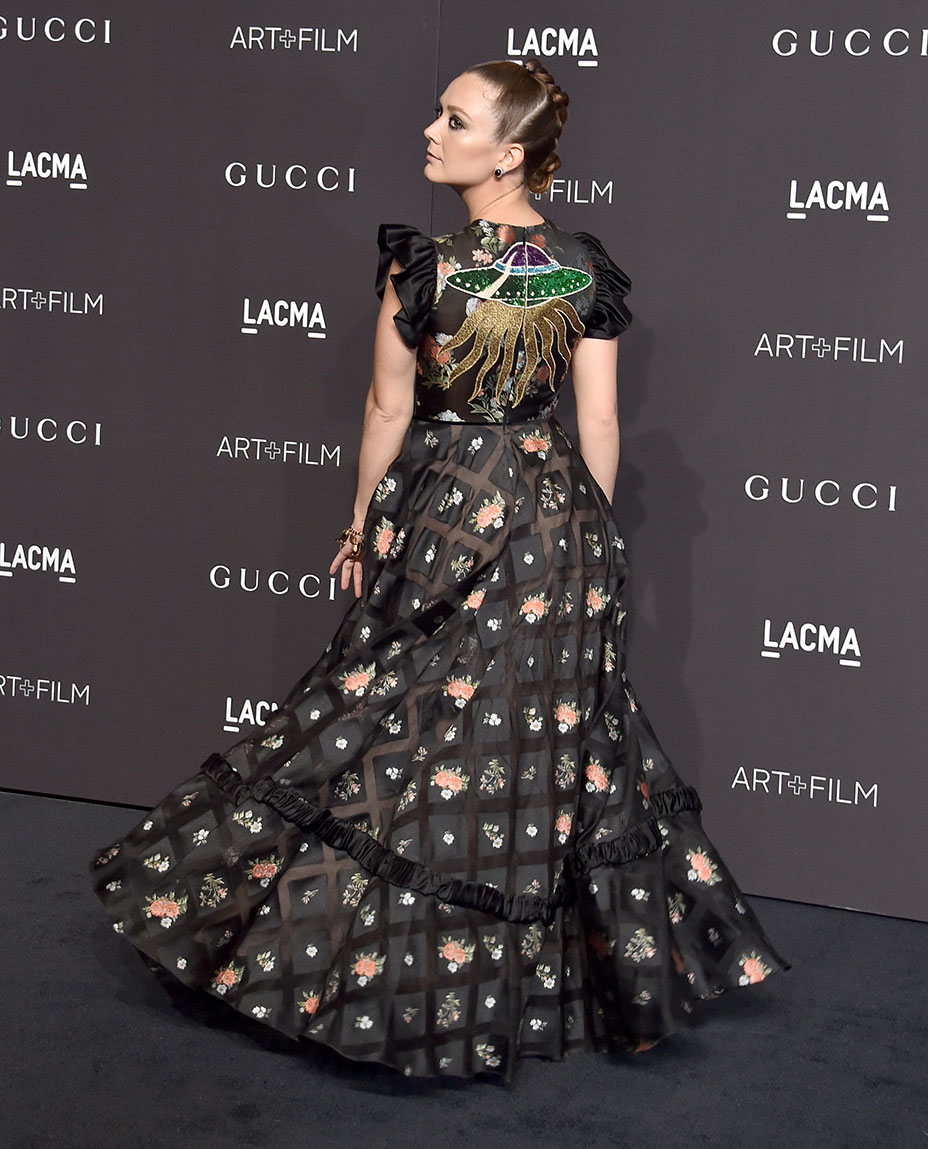 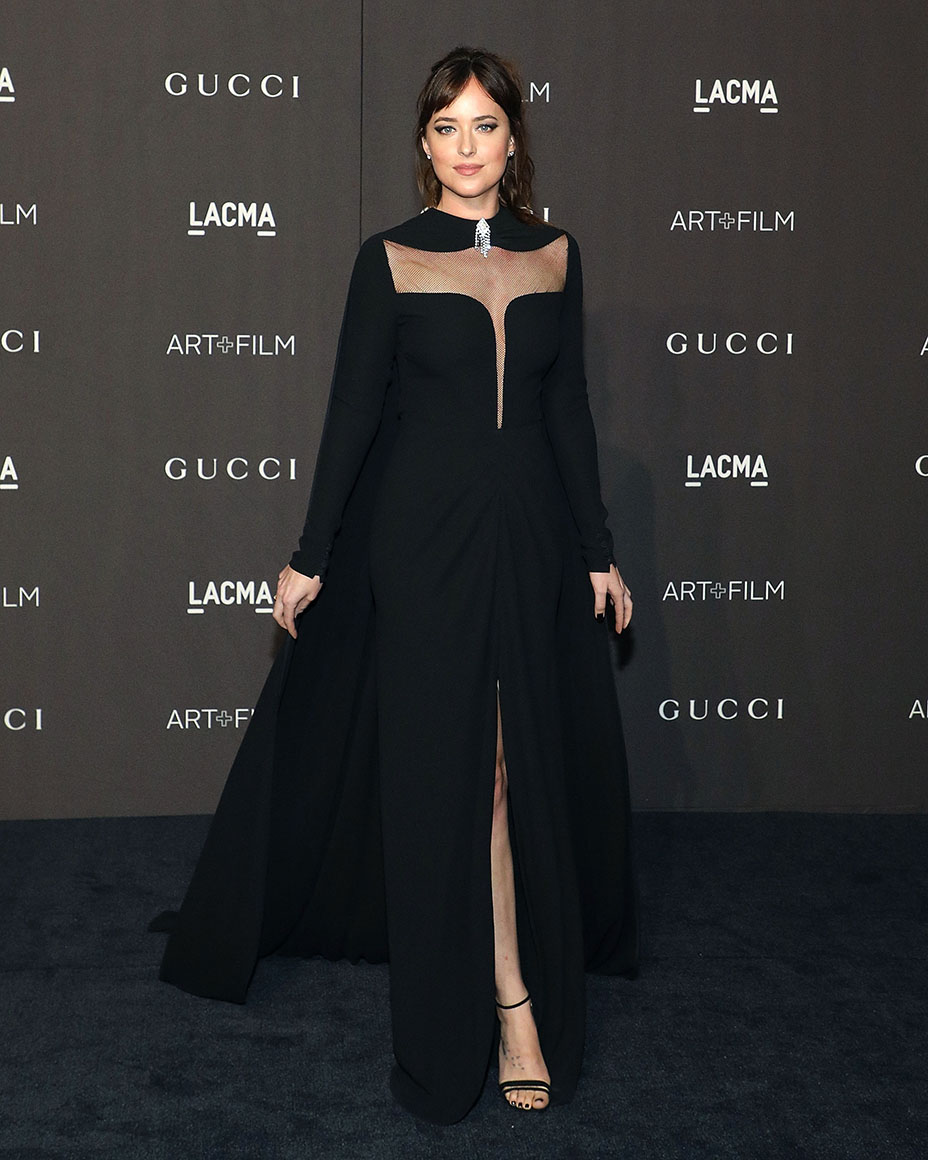 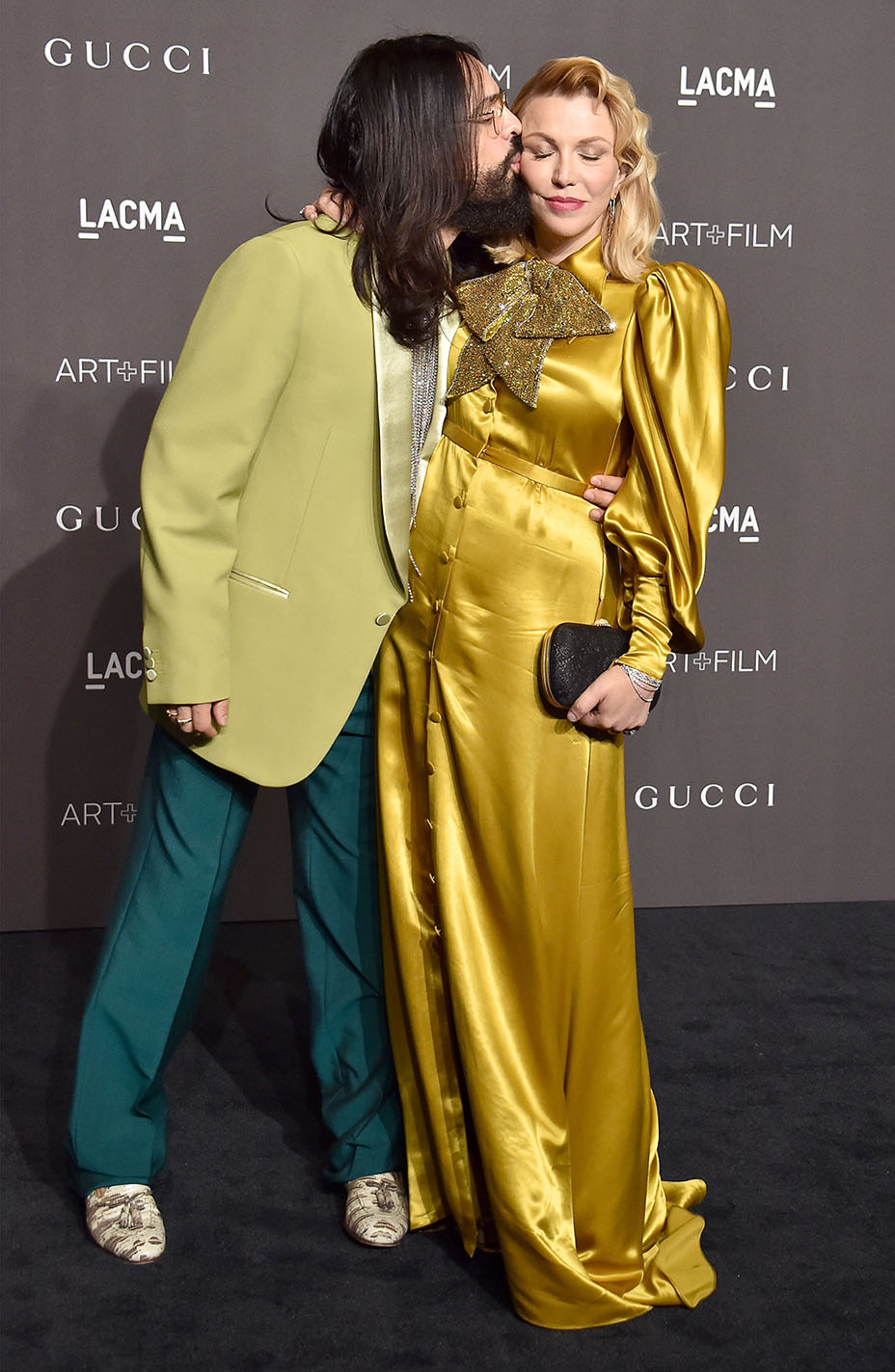 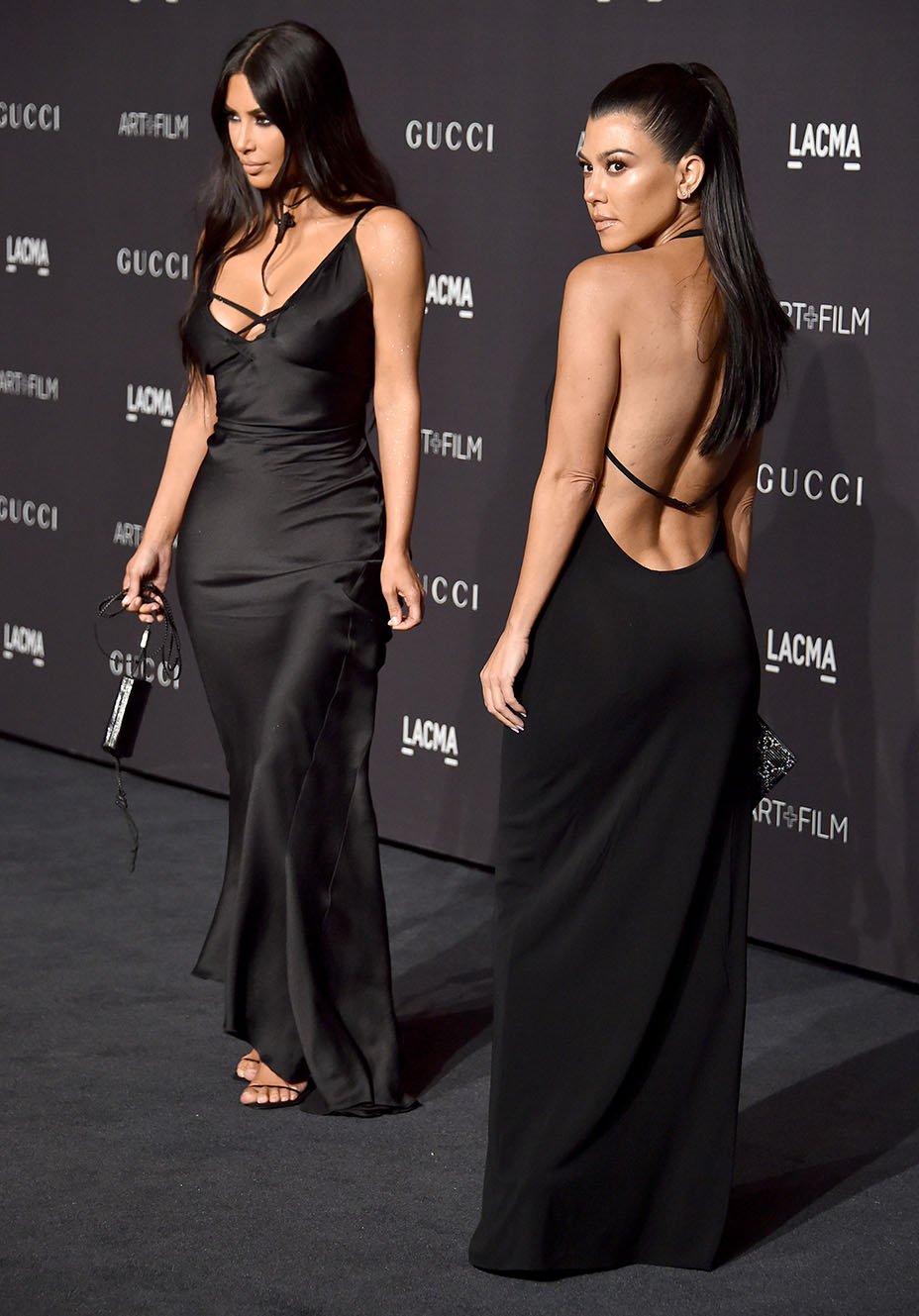