In 2018, the Oracle founder acquired Cal Neva through bankruptcy proceedings for $35.8 million from a Napa Valley-based developer. Since then, locals in this world-class skiing area have been abuzz over what comes next for a property that lays claim to one of the most colorful histories of any lodge in the country.

“We’re now designing and developing [it] to make it into a Nobu Hotel and, of course, a restaurant,” says Teper, whose producing credits include From Dusk Till Dawn. He adds that the project is still very much in the planning phase. A spokesman for Ellison (father of producers Megan and David Ellison and one of Tahoe’s biggest property owners, having spent an estimated $102 million on various properties) declined to comment.

Ellison’s planned redevelopment of Cal Neva, in Crystal Bay on the lake’s North Shore, will add even more of a luxury sheen to a region that is increasingly drawing the attention of California’s creative and tech class. Last year, Facebook co-founder Mark Zuckerberg shelled out $59 million to acquire two properties, and the shoreline in Incline Village, Nevada, is now informally known as “Billionaire’s Row.” According to Bill Dietz, president of Tahoe Luxury Properties, much of the spike in popularity in Tahoe’s upscale sector can be attributed to Nevada’s favorable tax structure with respect to California. The Trump administration’s tax bill, signed into law in 2017, has only accelerated that trend because it removed certain tax breaks that were specific to California. According to Dietz, the number of $10 million-plus homes sold in Crystal Bay and Incline Village (both of which are on the Nevada side) is on track to double over 2018. In the third quarter of 2019, the median home sales price in Crystal Bay and Incline Village was at a 14-year high, while on the California side of the lake, the median sales price was the third highest it’s been in 14 years. 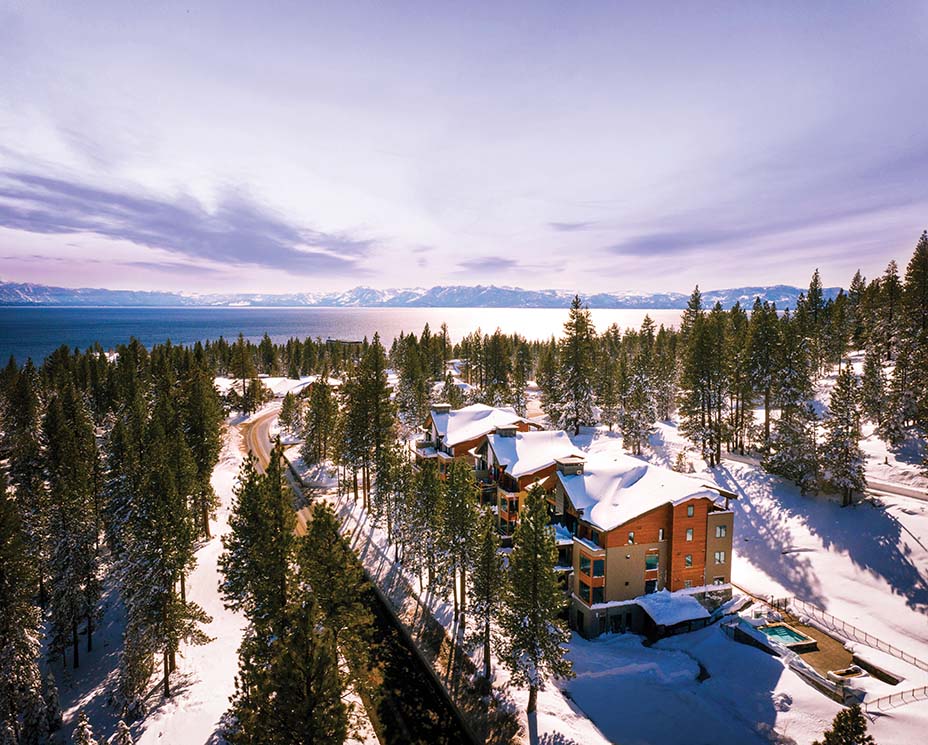 But it’s not just billionaires who are attracted to the area. Jeremy Renner owns a home in Tahoe and admitted in a recent Men’s Journal profile that his purchase was partially for “business reasons,” citing Nevada’s tax code. Actress and activist Alyssa Milano and husband CAA agent Dave Bugliari also own there, as does HBO programming chief Casey Bloys. Tahoe also launched its own film festival five years ago.

Cal Neva would be the latest project in an ongoing partnership between Ellison and the Nobu Hotel group. Ellison has contracted the Nobu group to run his Epiphany hotel in Palo Alto and the Nobu Ryokan hotel on Carbon Beach in Malibu, another property Ellison owns. He also lured Matsuhisa out to his Four Seasons Hotel on Hawaii’s Lanai Island to open a restaurant.

But Cal Neva gives Ellison — and by extension, the Nobu Hotel group — ownership not only of a property that straddles California and Nevada but one that comes with enough golden age Hollywood lore to fill several pulpy anthologies. 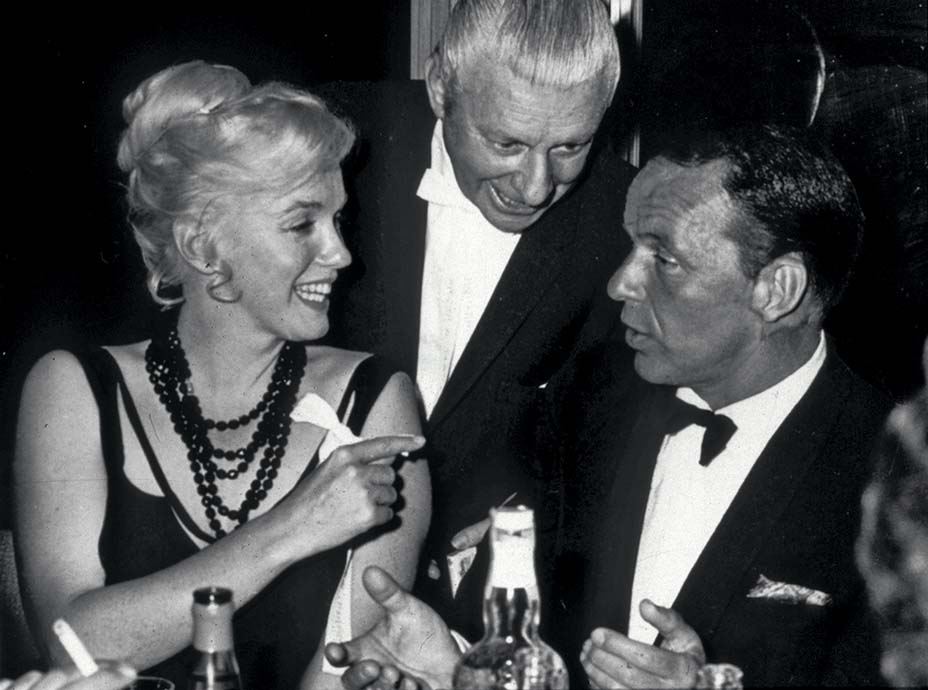 Built in 1926, the property encompasses multiple structures including a 10-story hotel, the casino, wedding chapels and a large theater. There were once several cabins on the property as well. In 1960, Frank Sinatra, Dean Martin and Chicago mobster Sam Giancana purchased Cal Neva for $250,000, and it became a favorite getaway for everyone from John F. Kennedy to Lucille Ball and Judy Garland. Marilyn Monroe was also a regular and, as rumor has it, overdosed at the resort while on vacation one week before she was found dead of an overdose in her Brentwood home. After Sinatra’s tumultuous ownership — at one point, the Nevada Gaming Board revoked his gambling license due to his association with Giancana — the property changed hands multiple times, and in 1976 MGM mogul Kirk Kerkorian took ownership before selling it nine years later. Cal Neva has been closed since 2013. 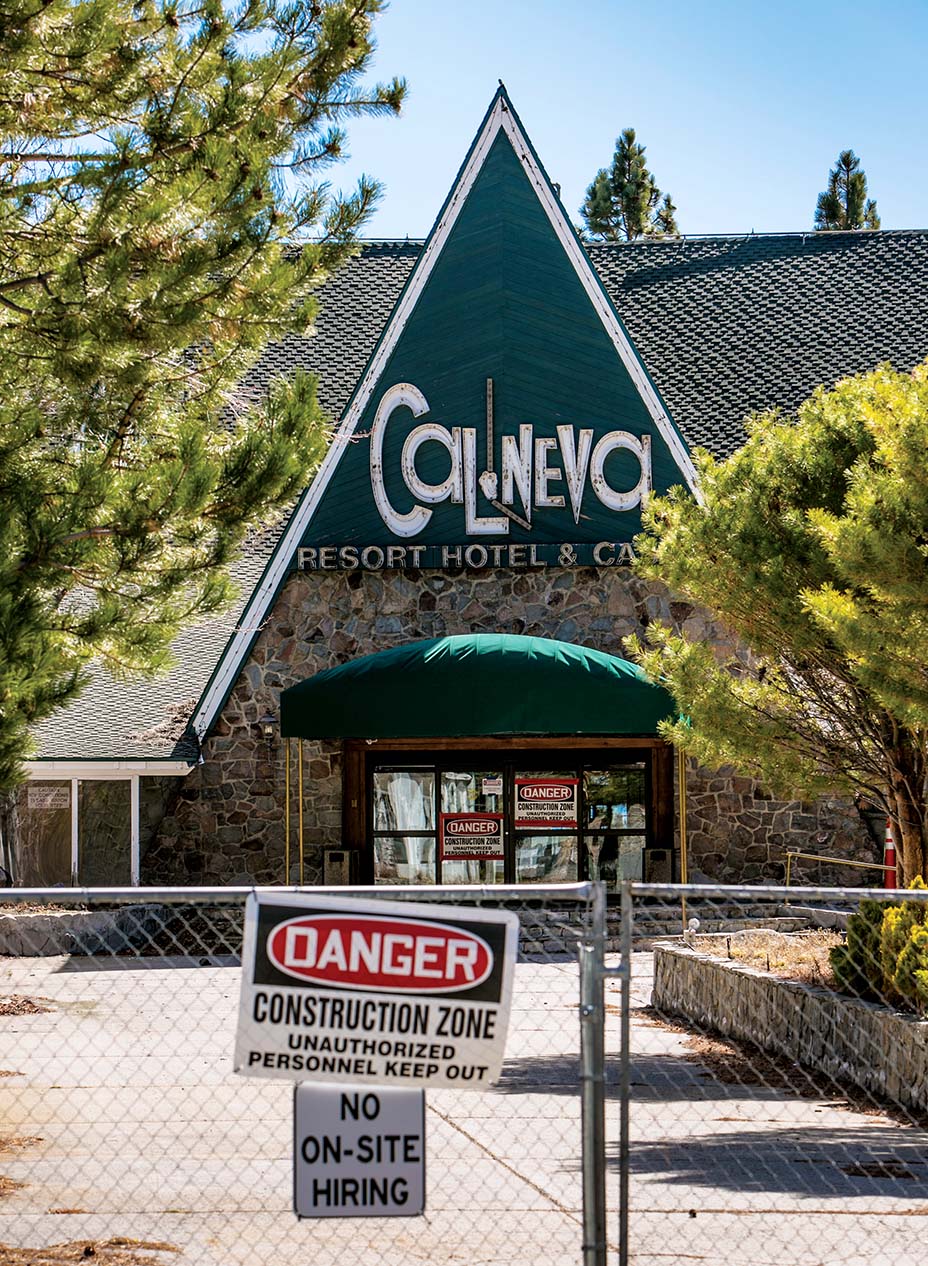 But don’t expect the Cal Neva redo to move ahead quickly. Tahoe stakeholders and the Regional Planning Agency are known for rigorous oversight of projects on this scale. “Anyone jumping into this is going to have a thick development stomach, patience and a strong team of attorneys and planners,” says Dietz.

Much further along is the Boulder Bay Resort, just up the street from Cal Neva. When completed, the new luxury property will be a mixed-use site of 59 residences and a 275-room, five-star hotel, along with a gallery and retail component. The first phase of the project — 18 residential condos — was just finished. Also on-site is another one of Tahoe’s once-booming casino properties, the Tahoe Biltmore, established in 1946. Plans call for tearing it down to create a health and wellness retreat, but gambling will still be offered at Boulder Bay. “Gaming is not the future driver of this community. It’s really more of an amenity,” says Boulder Bay president Heather Bacon. “Our primary focus is going to be on health, wellness, recreation and rejuvenation.” So far, Bacon says, they’ve been getting quite a bit of interest from prospective buyers who like Nevada’s tax benefit.

Adds Dietz: “The gravitational pull of Nevada for high-net-worth Californians is unmistakable.”