Continue to The Hollywood Reporter SKIP AD
You will be redirected back to your article in seconds
Skip to main content
August 17, 2018 9:05am

The wedding gown she designed for Meghan Markle may have been minimalist glamour perfected, but Givenchy creative director Clare Waight Keller isn’t afraid of a little fugly, either.

Following in the footsteps of Balenciaga, Stella McCartney, Valentino and nearly every other luxury brand taking on the fugly dad sneaker and sneakerboot trend, Givenchy’s new designer has debuted her first men’s sneaker, the Jaw. 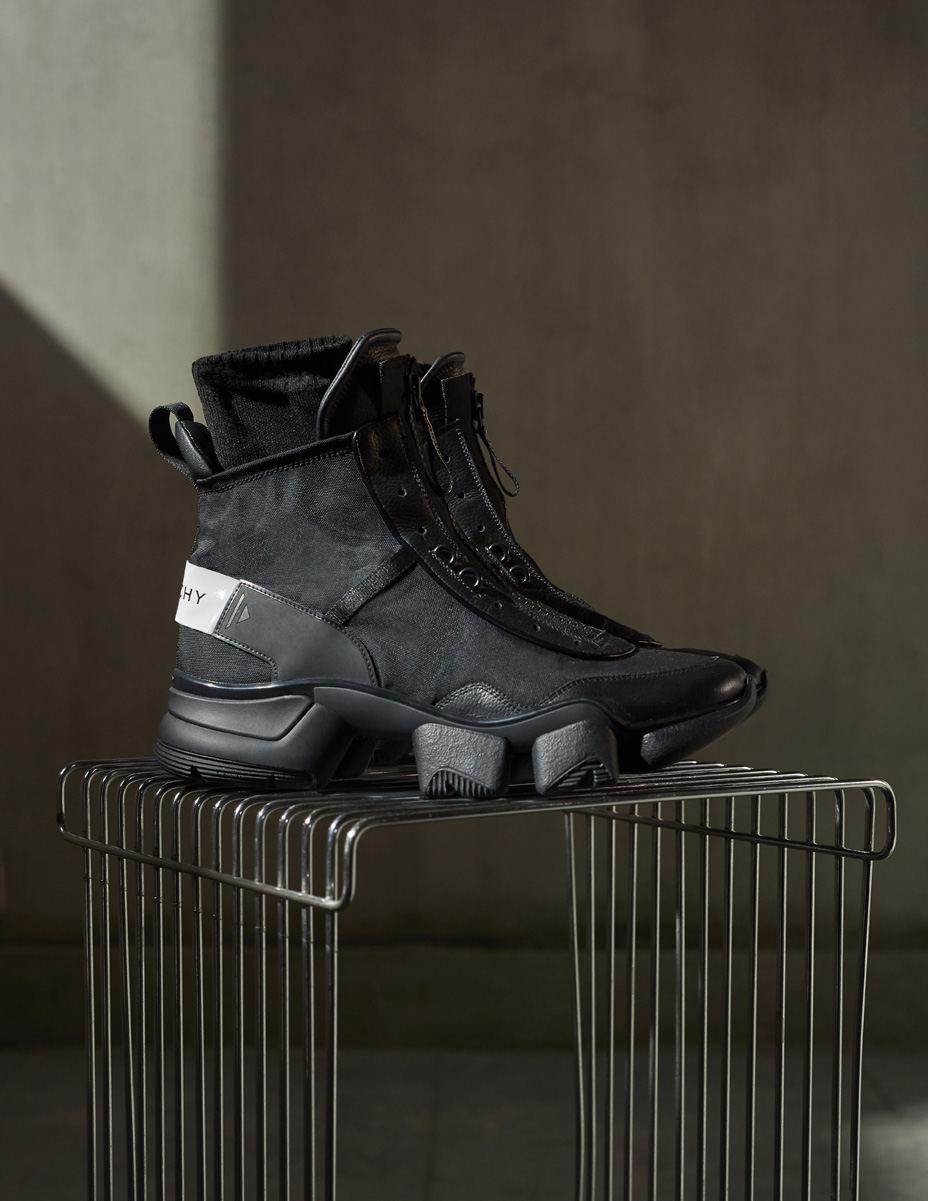 A sneaker/hiking boot hybrid that’s a bit of a throwback to the ’90s, the Jaw is named for the tooth-like shapes adorning its heavy rubber sole. The $995 sneaker, which comes in all-black or all-white leather and nylon, is available online and in Givenchy boutiques; a classic sneaker with the same sole is planned for a later date.

Givenchy’s Jaw joins a veritable parade of clunky high-top and hiking sneakers marching into stores for fall. Gucci’s $1,590 Flashtrek sneakers for men and women are crafted in leather, suede and technical canvas on a thick rubber lug sole, then embellished with a removable elastic ribbon adorned with crystals. 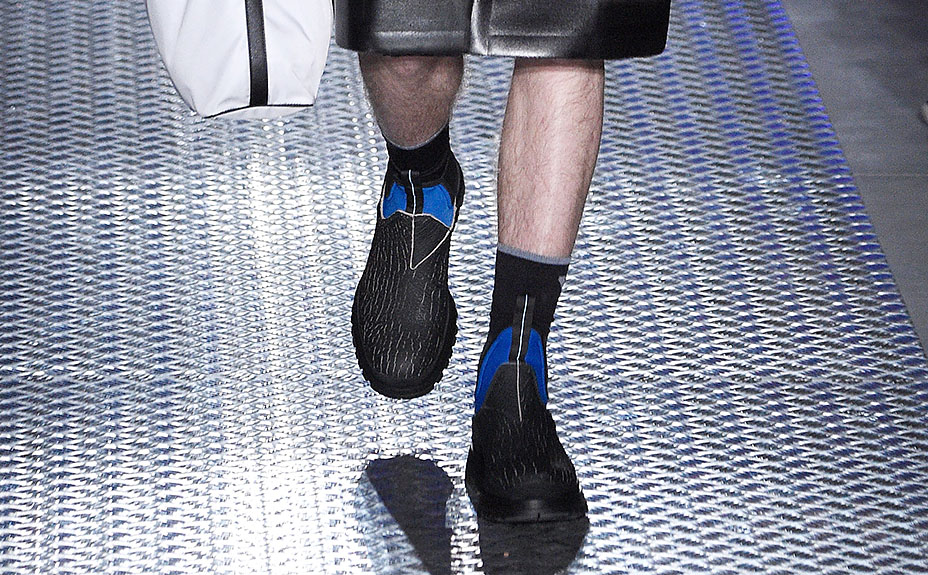 Prada’s offerings include a leather high-top sneaker for men — its futuristic styling puts one in mind of being appropriate for the latest Star Trek reboot — while for its Resort 2019 collection, Louis Vuitton is following up its popular Archlight sneaker with a leather high-top for women that also includes the Archlight’s now-signature wave detail on the rubber sole. 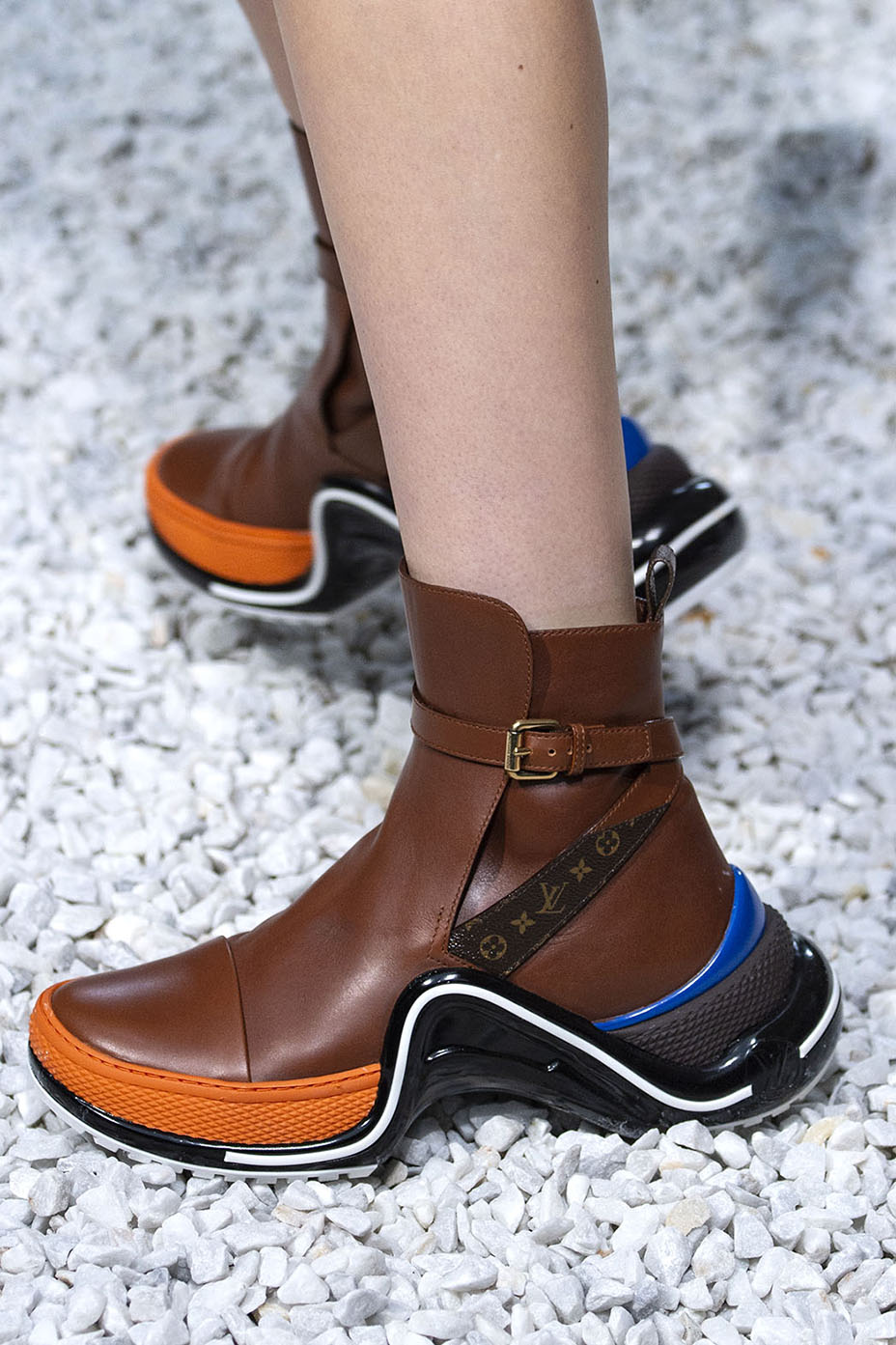 Credit evolving habits in dressing for men and women, coupled with the frenzy created around sneaker drops like the highly sought-after Yeezy by Adidas, as a reason for athletic details now ruling footwear seen on the runway.

We now live in a world in which it’s not only common to see sneakers paired with a suit or dress, but it’s almost expected as an element of street style. And sales increasingly are supporting that idea: According to the market-research firm NPD Group, sales of “non-performance, athletic-inspired” sneakers enjoyed healthy growth between April 2017 and April 2018 — the men’s market increased 10 percent, while the women’s market was up by 33 percent. In other words, clunky not only equals chic these days, but also profitable.