The actress, who works with stylist Brian McPhatter, wore a glittering black gown with a sheer overlay, paired with sparkly drop earrings. 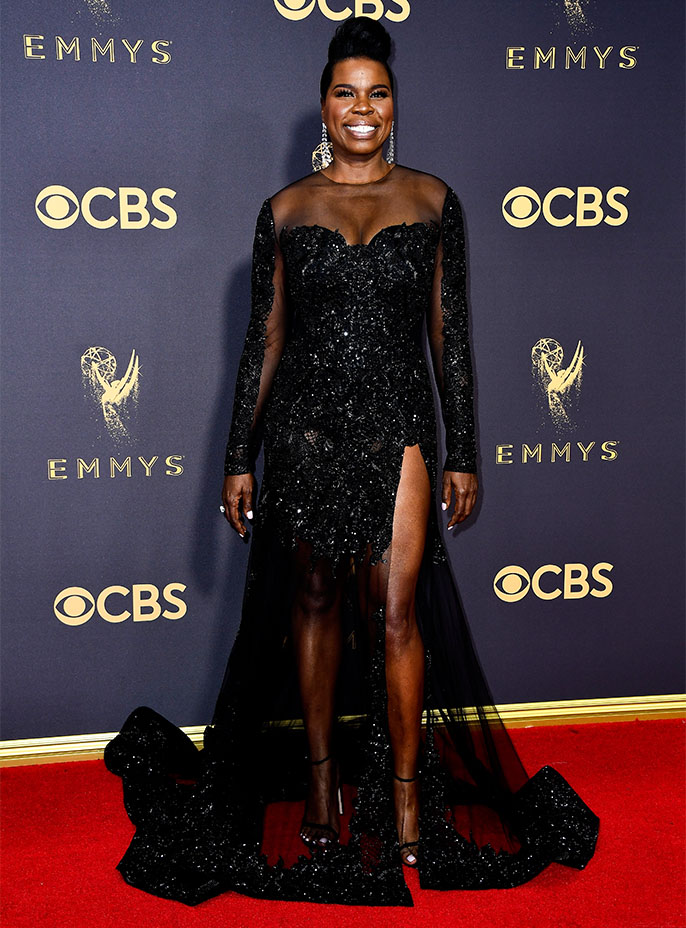 “I was backstage and I thought, ‘Oh my God, somebody’s hurt!'” Siriano told THR of what was going through his mind during the show. “I was like, ‘Somebody’s screaming! What is happening?!'”

He laughed, “She did a fitting with me the next day and she was like, ‘Baby I’m sorry, I didn’t know!’ She didn’t understand that it was The New York Times sitting across from her and Vogue, she [thought it was just my friends]. I think that that was also really endearing because she was really just reacting. She’s like that all the time; it wasn’t a stunt, and I feel like we all needed that. Clothes should be fun, and she made it fun.”

Siriano dressed several women for the Emmys red carpet this season, but added that Jones, whom he first formed a relationship with last year when he whipped up a red gown for her to wear to the premiere of Ghostbusters, held a special place in his heart. “It’s her first nomination, which is so exciting, and she deserves to look fabulous.”