If New York Fashion Week has a fan favorite, it could well be Christian Siriano, the delightfully fun, unsnobby Project Runway vet who has taken up diversity as his cause, collaborating with Lane Bryant in 2016 and stepping in to help Saturday Night Live castmember Leslie Jones find a dress to wear to the Ghostbusters premiere after she took to Twitter last summer to say no other designers would dress her.

On Saturday, Jones repaid the favor, showing up for Siriano’s spring 2018 runway show and having the time of her life. No joke — witnessing her play-by-play as the models of all sizes, races and sexes sashayed by was a highlight of the week.

“He saved my life,” Jones said of Siriano, after arriving for the show just in the nick of time and looking like a superhero in a chic, electric-pink cape by the designer. “I’m superfly,” she said. (Sounds like a good name for a comedy, come to think of it.) “He loves color like I love color,” Jones said of the designer’s style. 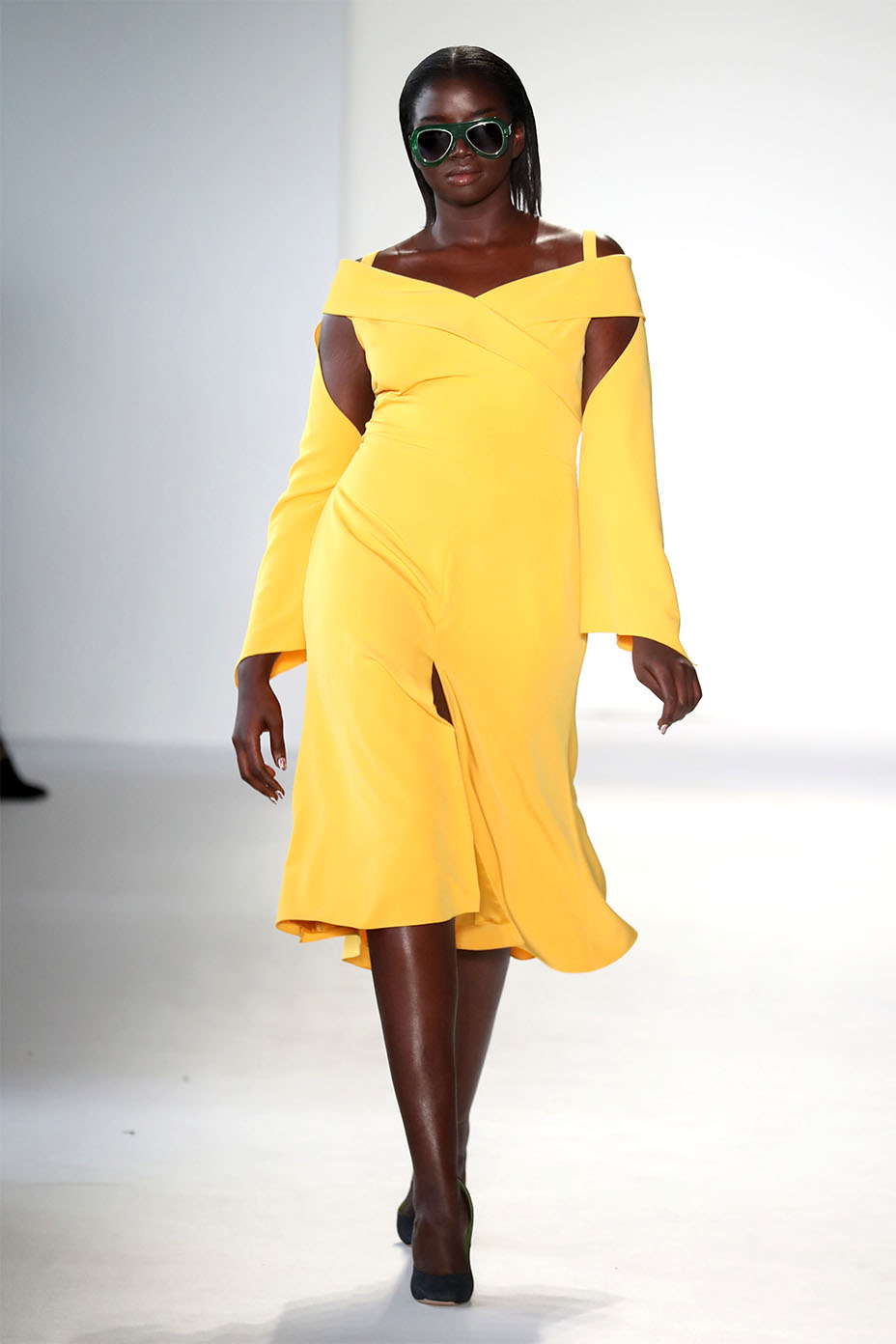 On the runway, there was color, alright. The inspiration was “a psychedelic hallucination of what’s inside my fantasy greenhouse,,” Siriano wrote in his show notes, which translated into an array of fuchsia, sunshine yellow and grass green evening looks on an even brighter array of models. 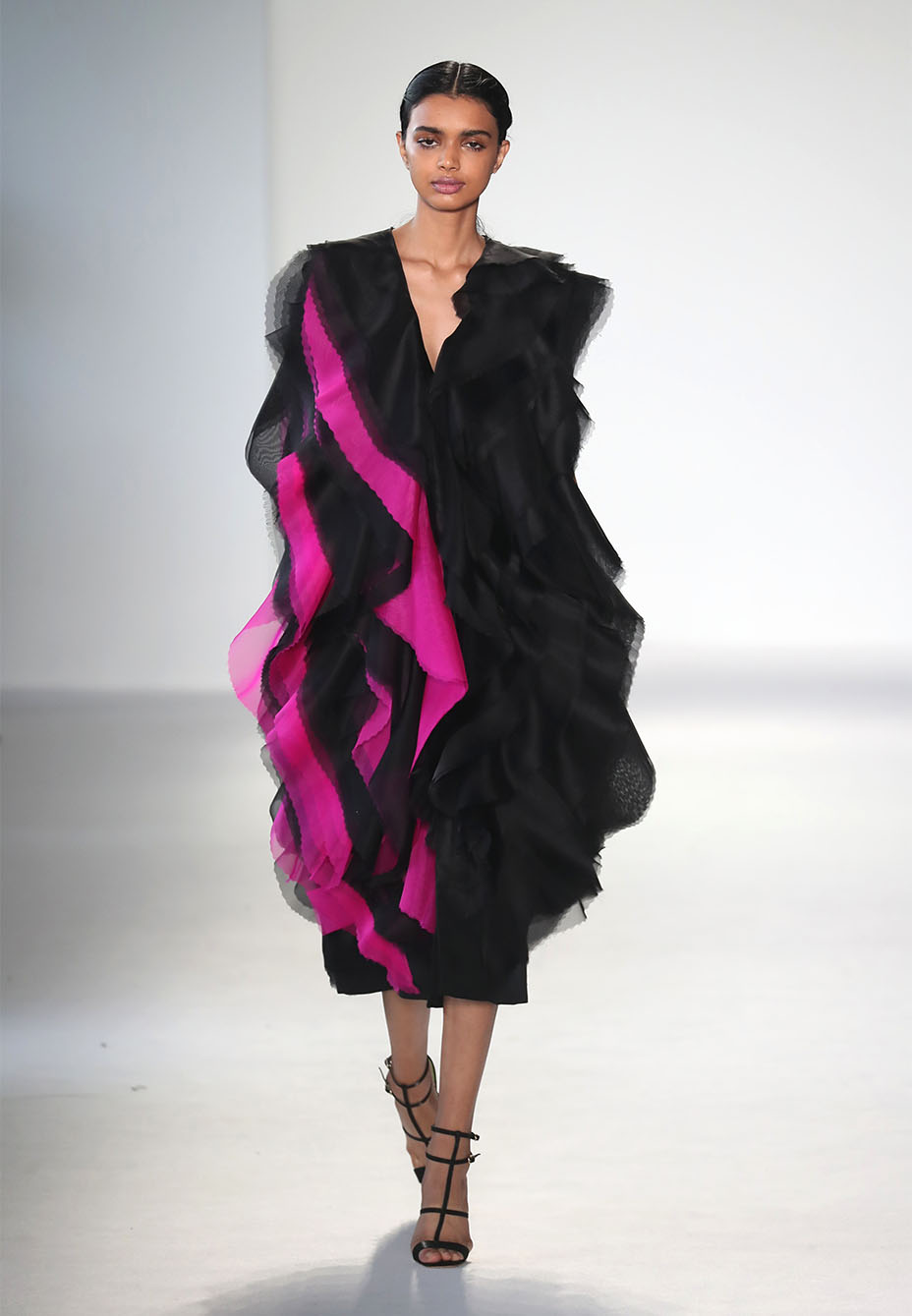 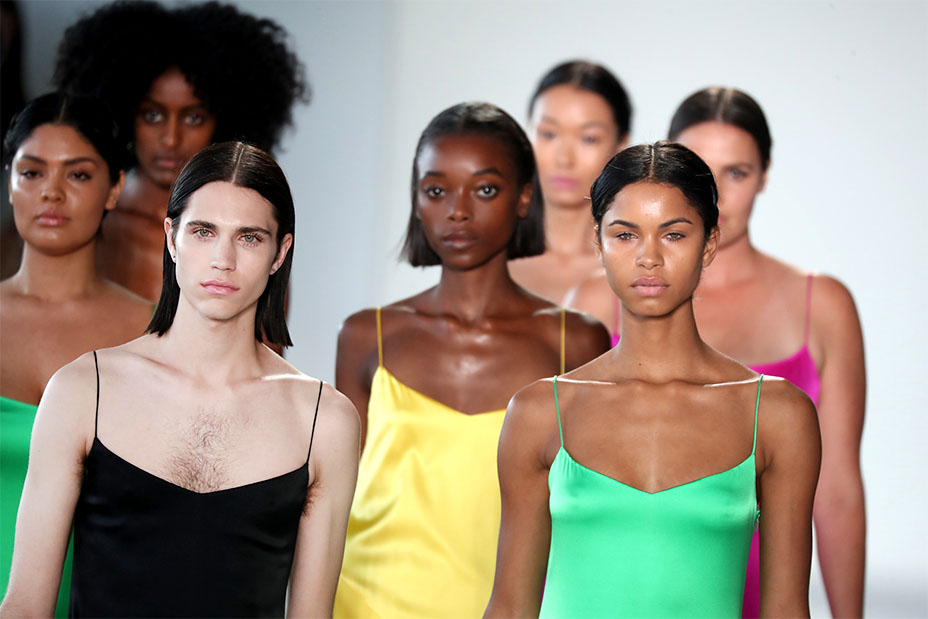 Jones was joined in the front row by Danielle Brooks, Patricia Clarkson, Cardi B, Gina Gershon, Vanessa Williams and more.

The It bag at the most inclusive @CSiriano #nyfw show yet. pic.twitter.com/teUkfxeLAv

The message of inclusivity carried over into accessories, like the designer’s new It bag emblazoned with the words, ”People Are People.” A bold statement from a bold designer. 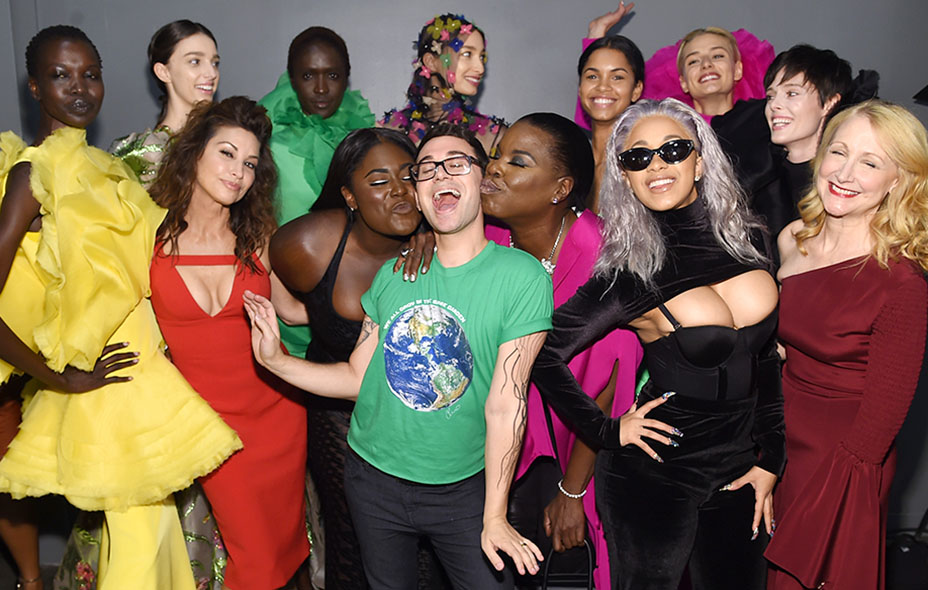