Continue to The Hollywood Reporter SKIP AD
You will be redirected back to your article in seconds
Skip to main content
February 22, 2018 3:03pm

On Tuesday afternoon, Oscar-winning actress and bona fide Hollywood veteran Jennifer Lawrence wore a beautiful Versace dress to the daytime London photo call of her latest film, Red Sparrow. It took only hours for the actress’s look to be dissected stitch by stitch by the internet.

“Isn’t she cold?” they said. “Poor thing, forced to wear that sexy dress while her co-stars wear coats,” others lamented. A writer by the name of Helen Lewis fired off into the Twittersphere, “This is such a quietly depressing (and revealing) image. Not least because I’ve been outside today and it’s bloody FREEZING. True equality means either Jennifer Lawrence getting a coat, or Jeremy Irons having to pose for a photo call in assless chaps.” 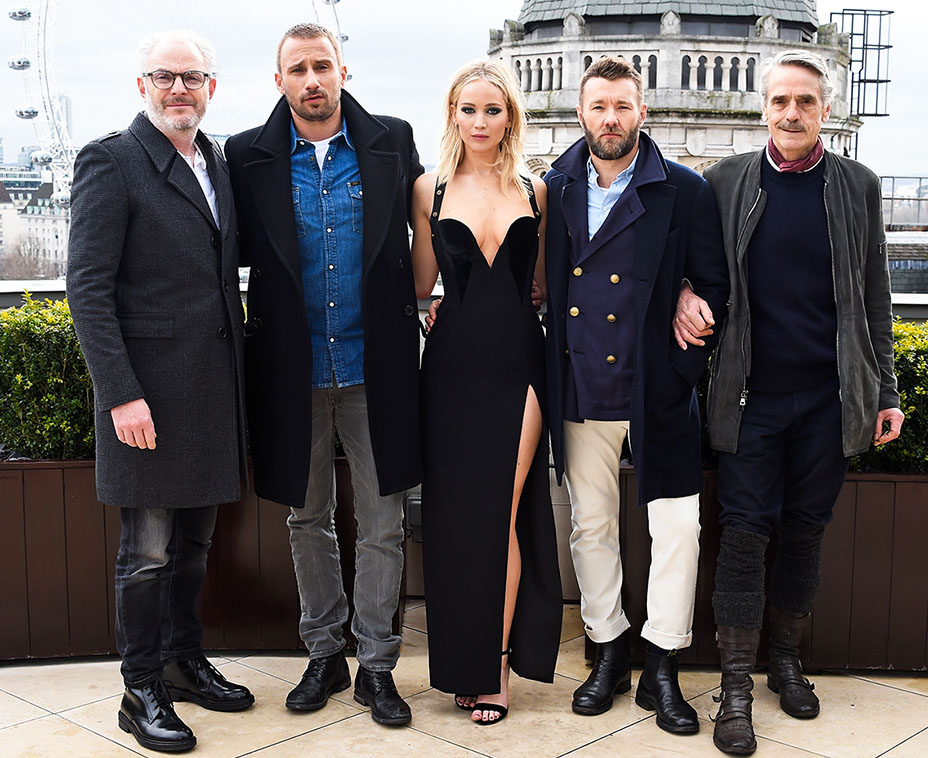 Lawrence was then forced to issue the following reminder to those who assumed she had no agency in getting dressed that day: “Everything you see me wear is my choice,” she wrote on Facebook. “I was outside for 5 minutes. I would have stood in the snow for that dress because I love fashion and that was my choice.”

The first thing that came to mind when I saw the debacle unfolding was, “I’ve written this story before.”

“X actress wears outfit that is very pretty but very different from co-stars of Y film” is a narrative that seems to happen with increasing frequency. In 2015, Selena Gomez caused a stir on social media when she chose to rock a spicy red two-piece Katie Ermilio ensemble to the photo call of Hotel Transylvania 2 in Mexico. The juxtaposition of the glammed-up Gomez next to her sloppily dressed co-stars Adam Sandler and Kevin James — the latter of whose attire was maybe appropriate for snack dad duty at Saturday’s soccer game, but definitely not for a promotional tour of a $48 million movie — elicited cries of a double standard, with critics suggesting that Gomez had been forced to dress up while Sandler and James, adult men, could get away with sartorial murder.

As in Lawrence’s case, the fact that Gomez wanted to wear the look, was not the focus. (Neither, unfortunately, was James’ basketball shorts. C’mon.) 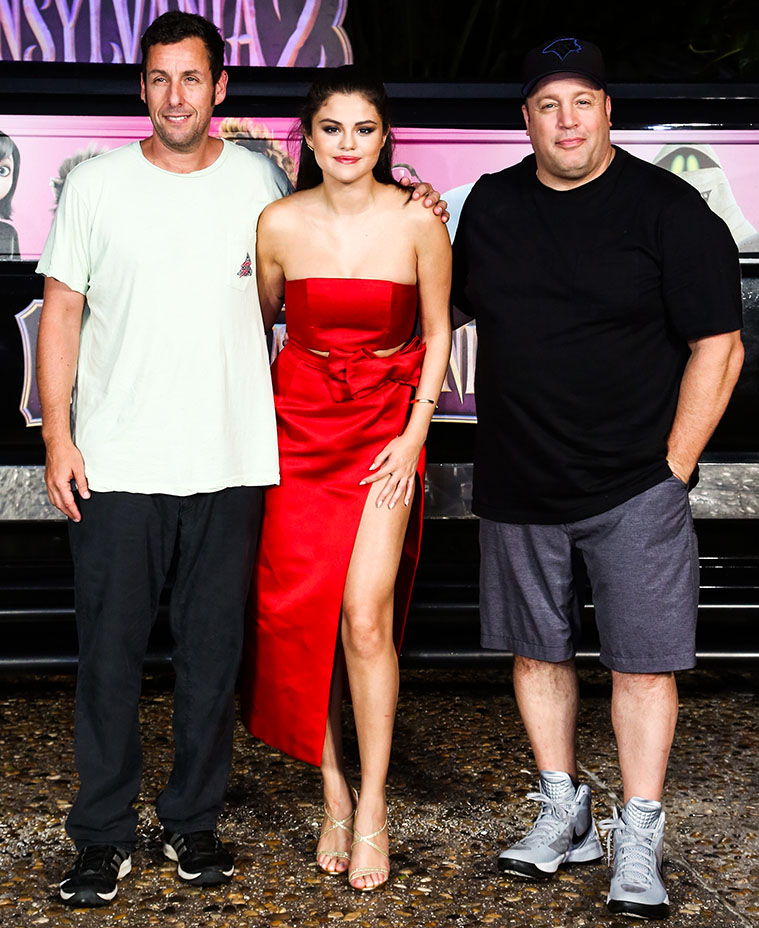 Again last March, Ariel Winter was the target of trolls who came for the curve-hugging mini dress she wore to a daytime panel for Modern Family in Pasadena. To be blunt, it was a bit jarring at first glance to see Winter posed alongside her more casual castmates, who were outfitted in pastel button-downs and denim that was more “Easter brunch” to Winter’s “Going Out” look. That being said, Winter — like Lawrence and Gomez — is an adult, capable of making adult choices, which includes how to dress. 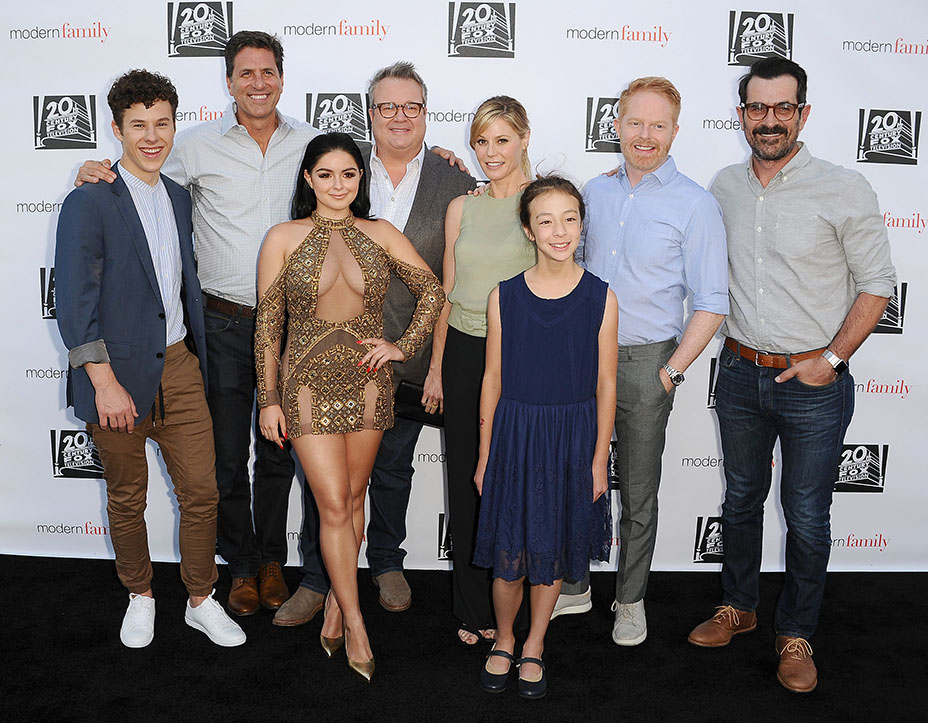 In the same vein as Lawrence, Winter wrote at the time on Instagram, “Why do I have to be like everyone else?… Why can’t people just let other people feel good about themselves and do what they want?” The point being, you don’t have to like her style, but that doesn’t mean she can’t wear it.

While promoting a movie or fashion collaboration or whatever else, stars routinely have to make upwards of four outfit changes a day (make that seven if you’re Blake Lively) — no easy feat, especially when each outfit is criticized by the amateur fashion police that live in the dark crevices of Twitter, poking their heads into the daylight (not literal daylight, of course) only to tell an actress that her look is inappropriate or too sexy or not sexy enough. In the context of the current feminist wave, with women finding their voices through #MeToo and Time’s Up,  calling into question a woman’s dress is, as Lawrence put it, insulting.

To suggest that these same women have no agency, too, and are being forced to wear sexy ensembles, is especially unfounded in the age of social media, when there is an added level of transparency to the getting-ready process. From hair and makeup to styling, behind-the-scenes moments are usually captured on Instagram, not only illustrating the collaborative relationships between women and their glam squads (should they choose to use them), but also of the fun side of fashion. (Can we third wheel with Karla Welch and Tracee Ellis Ross, please?)

While some stylists are willing to provide light guidelines for the most fashion-forward way to approach daytime dressing (“[It’s] probably not black-tie wear during the day, but I still wouldn’t say no to daytime sequins,” celebrity stylist Erin Walsh, who works with Kerry Washington and Maggie Gyllenhaal, tells THR. Added Armie Hammer’s stylist Ilaria Urbinati, “[A daytime photo call] is a perfect setting for those looks that are too casual for a red carpet”), in 2018 — the era of streetwear and athleisure — why isn’t there room for daytime Versace, too? 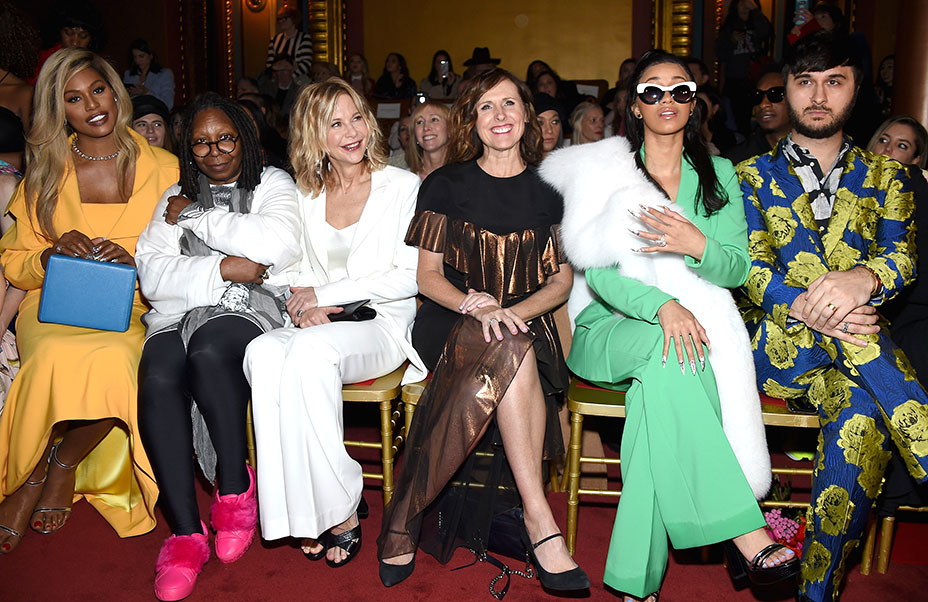 Take fashion month’s front rows, for example, where anything goes. A runway presentation is where you’re likely to see a guest in pajamas sitting next to a man in a three-piece pattern-on-pattern suit next to Whoopi Goldberg in leggings and electric pink sneakers. If you don’t like their ensembles, that’s a different story. (I will never be on board with James’ basketball shorts, if that wasn’t clear.) But in the words of Winter, “WEAR WHATEVER YOU WANT PEOPLE.”