New York City’s first snowstorm did not stop stars from coming out to party on Thursday at the opening of Levi’s newest and grandest location. Models and young Hollywood were well represented with Hailey Baldwin, Barbara Palvin, Dylan Sprouse, Ansel Elgort, Presley Gerber, Joan Smalls, Gemma Ward, Precious Lee, Jasmine Tookes and Christie Brinkley all in attendance — and all clad in Levi’s to complement their personal styles.

Speaking to Levi’s timelessness, Brinkley told The Hollywood Reporter how the all-American brand is a wardrobe staple, albeit a competitive one, for her family. “I have a thick non-washable pen, and I write ‘Mom’s Jeans’ all over the inside of my jeans because the second I get a pair, and I love the way they fit, they may vanish!” Brinkley cheekily added that her zero-sugar Bellissima Prosecco happens to be the ideal beverage because “it will keep you fitting into your perfect-fitting jeans.”

At 16,902 square feet, Levi’s Times Square flagship offers the brand’s latest and greatest — every collection can be found, including its Mickey Mouse and Justin Timberlake collaborations — as well as exclusive New York-centric product, a 501 timeline, a large children’s selection and a dedicated Authorized Vintage section. Levi’s embraced the NYC theme for its opening celebration, with local artists like Cey Adams and 13thwitness on site to screen-print and air-brush trucker jackets, as well as snacks from beloved eateries like Katz’s Deli, Lombardi’s and Momofuku. With music in Levi’s DNA, it’s no surprise the party also featured an exciting performance lineup, including Ms. Lauryn Hill, Joey Bada$$, Q-Tip, Questlove, Nile Rodgers & Chic, Julian Casablancas and GZA of Wu-Tang Clan. 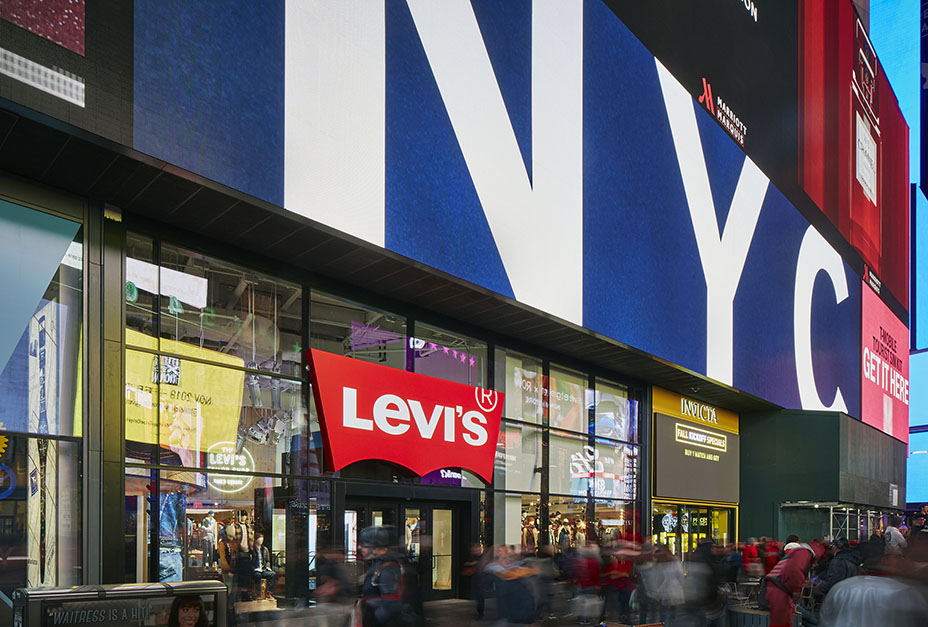 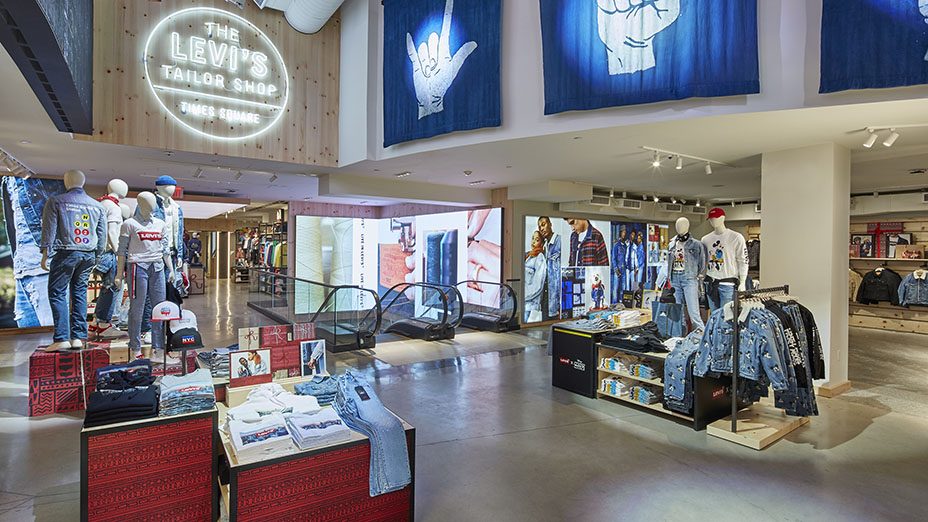 But for true denim die-hards, the store’s standout amenity is easily its 500-square-foot Tailor Shop, equipped with 10 sewing machines, 10 master tailors, two direct-to-garment printers and a slew of iPads for customers to get inspired by browsing designs from Levi’s master tailors in London, Paris, Shanghai and other locations. Additional features include sizable fitting rooms with call buttons for a stress-free way to instantly reach a trained Levi’s specialist, plus generous hours — the store will also be open every day from 8 a.m. until 1 a.m.

Though Levi’s struggled in the early 2000s through 2010, the last five years have brought consecutive growth with the company reportedly planning a $5 billion IPO. “At times we’ve struggled to chase the edge of cool, and it wasn’t real and authentic, but now there’s nothing cooler than Levi’s,” Jen Sey, CMO, global brands at Levi Strauss & Co. told THR. Sey explains how Levi’s international pop-ups and activations at music festivals helped illuminate what customers were looking for in their products, which informed the new Times Square flagship’s unique display and offerings.

“I love how Levi’s is always reinventing denim with cool designs and collaborations to keep it fresh,” Joan Smalls said. Her eyes are currently on the Mickey jacket. “That’s mine!” 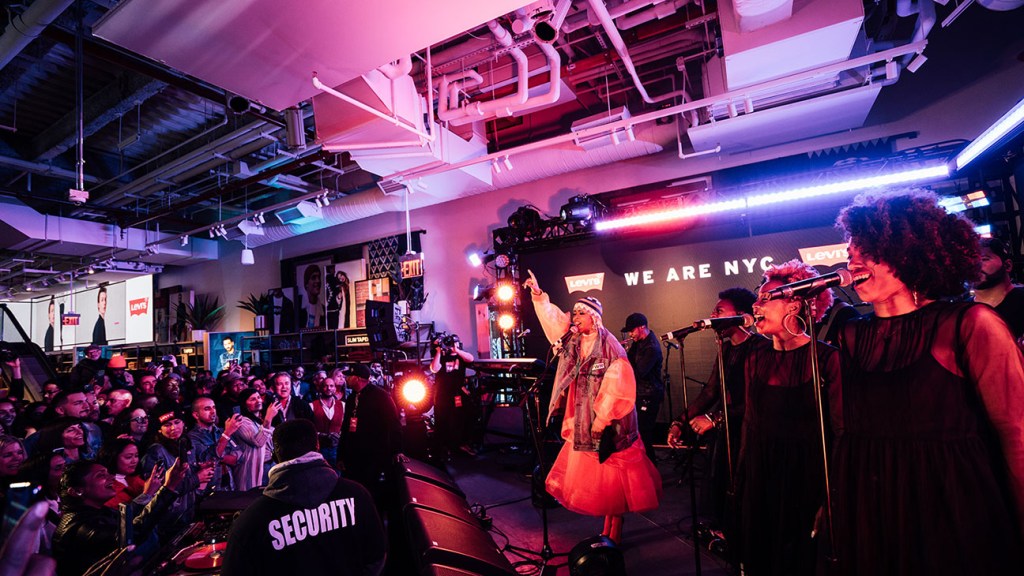 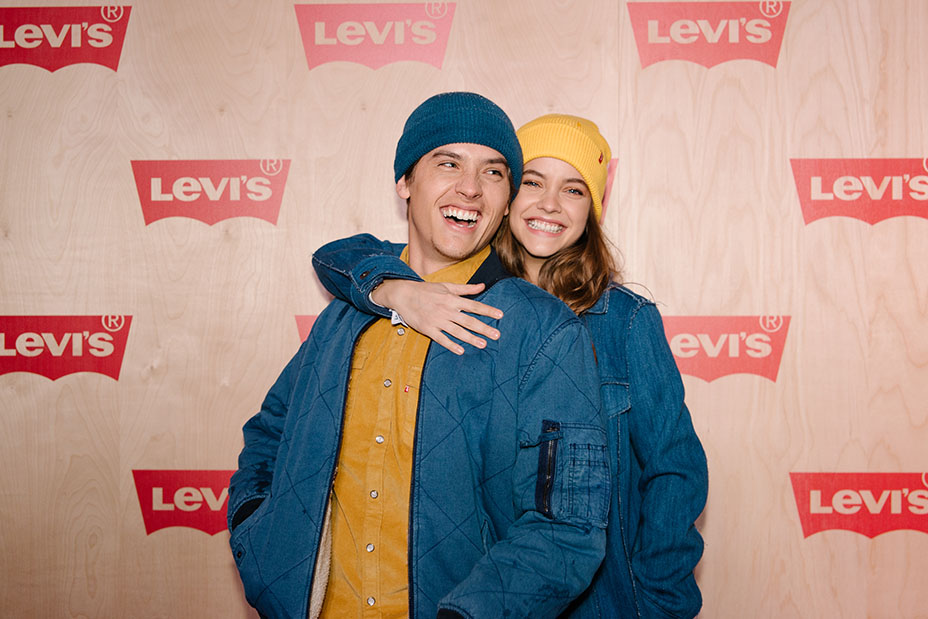 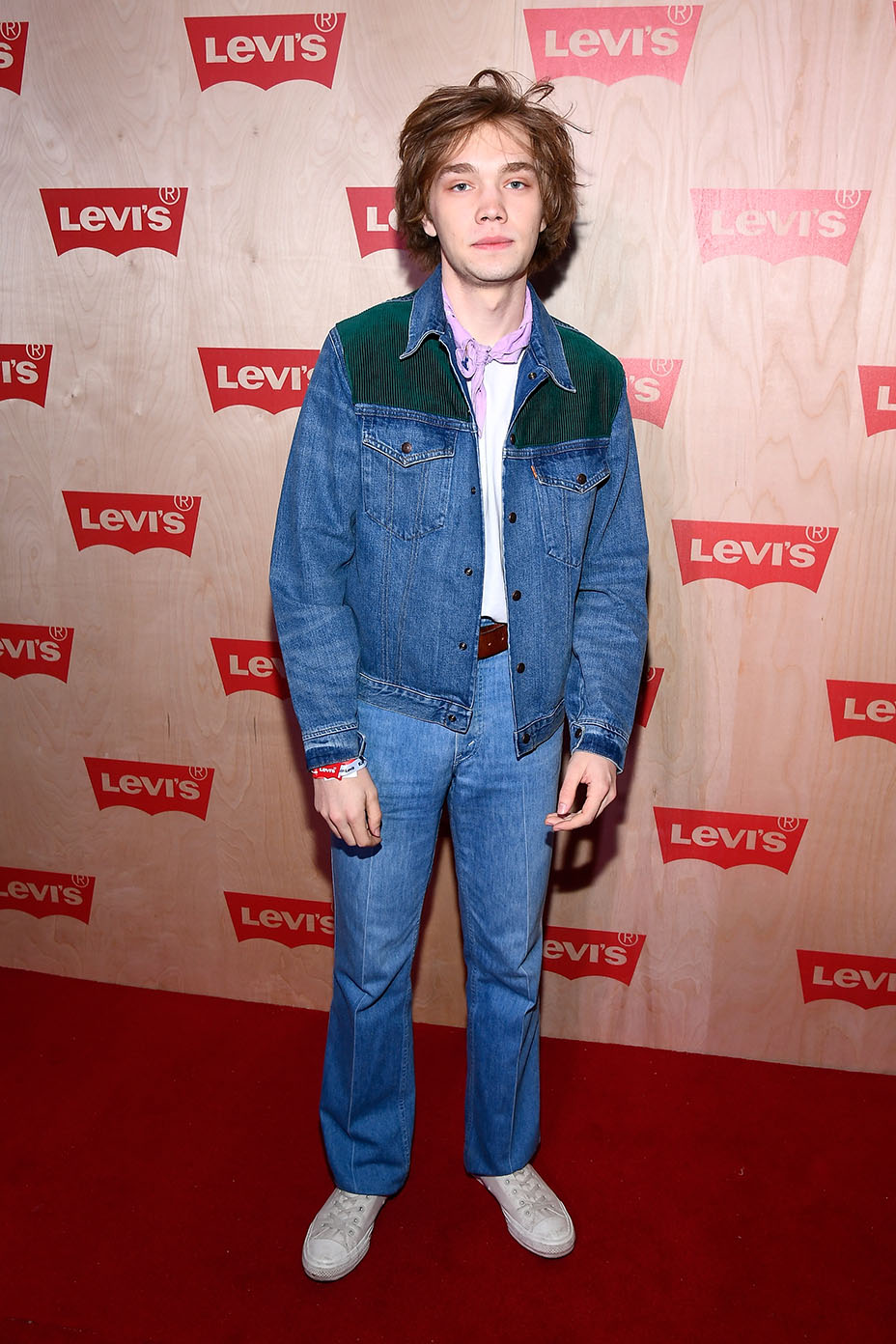 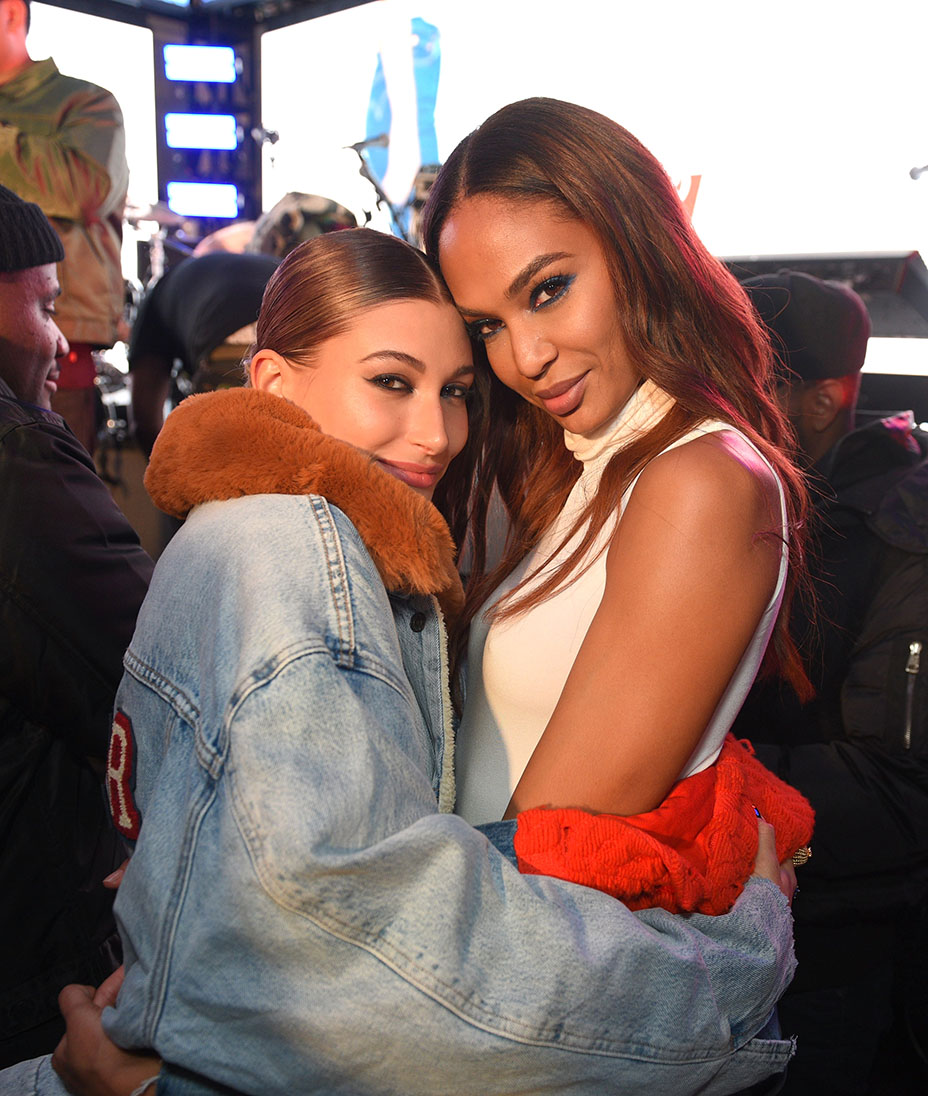 Beyond comfortable and timeless garments, Levi’s believes that particularly with Generation Z, transparency is crucial. “Levi’s has always operated and led with our values. We just talk about it more now because consumers care,” Sey said. “We integrated factories in the South during the 1950s before being legally required to do so, and we were one of the first companies to offer same-sex benefits before marriage equality was even a thing.” Levi’s is not afraid to be socially relevant, and it has campaigns around Pride, Women’s History Month and many more global events and causes. Most recently it enlisted stars ranging from Busy Philipps to Dustin Hoffman for its VOTE campaign, tied to the U.S. midterm elections.

“We’ve always been about using our voice, and voting is the ultimate use of your voice,” added Karyn Hillman, chief product officer design, innovation and merchandising. Not to mention, Levi’s even offered voter registrations in its stores.

If inclusivity and accessibility are the keys to retail success in 2018, Levi’s is indubitably a market leader, whose American expansion is more timely than ever. 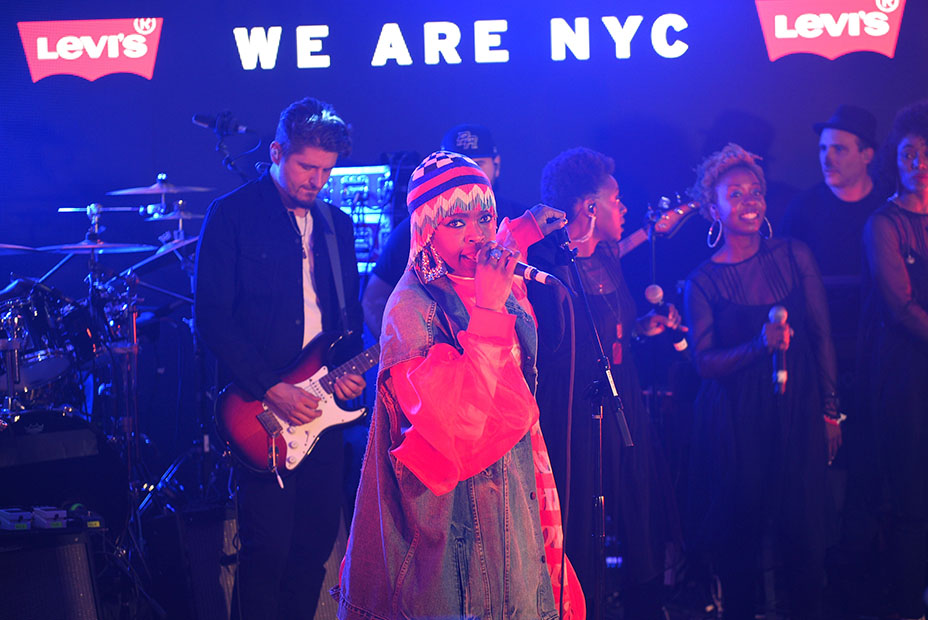 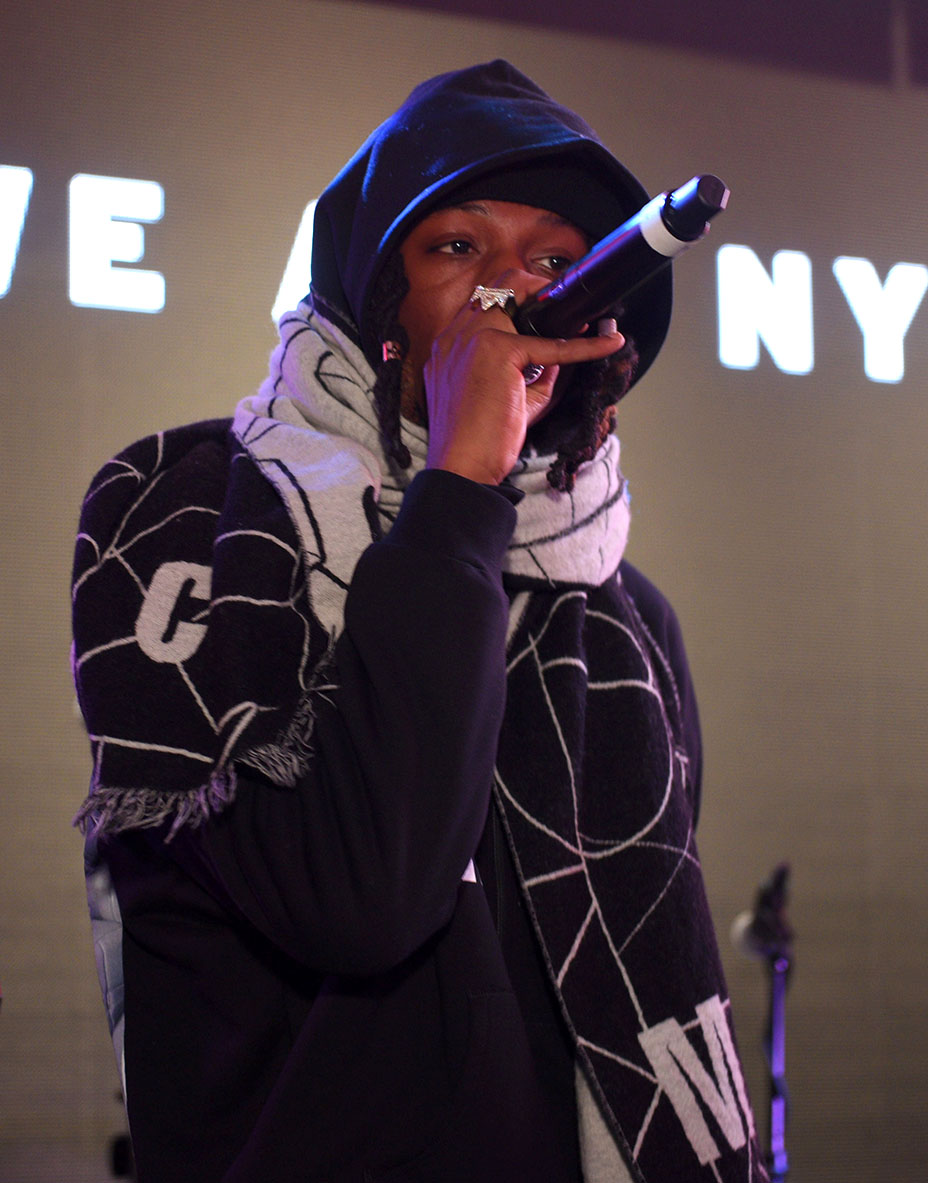 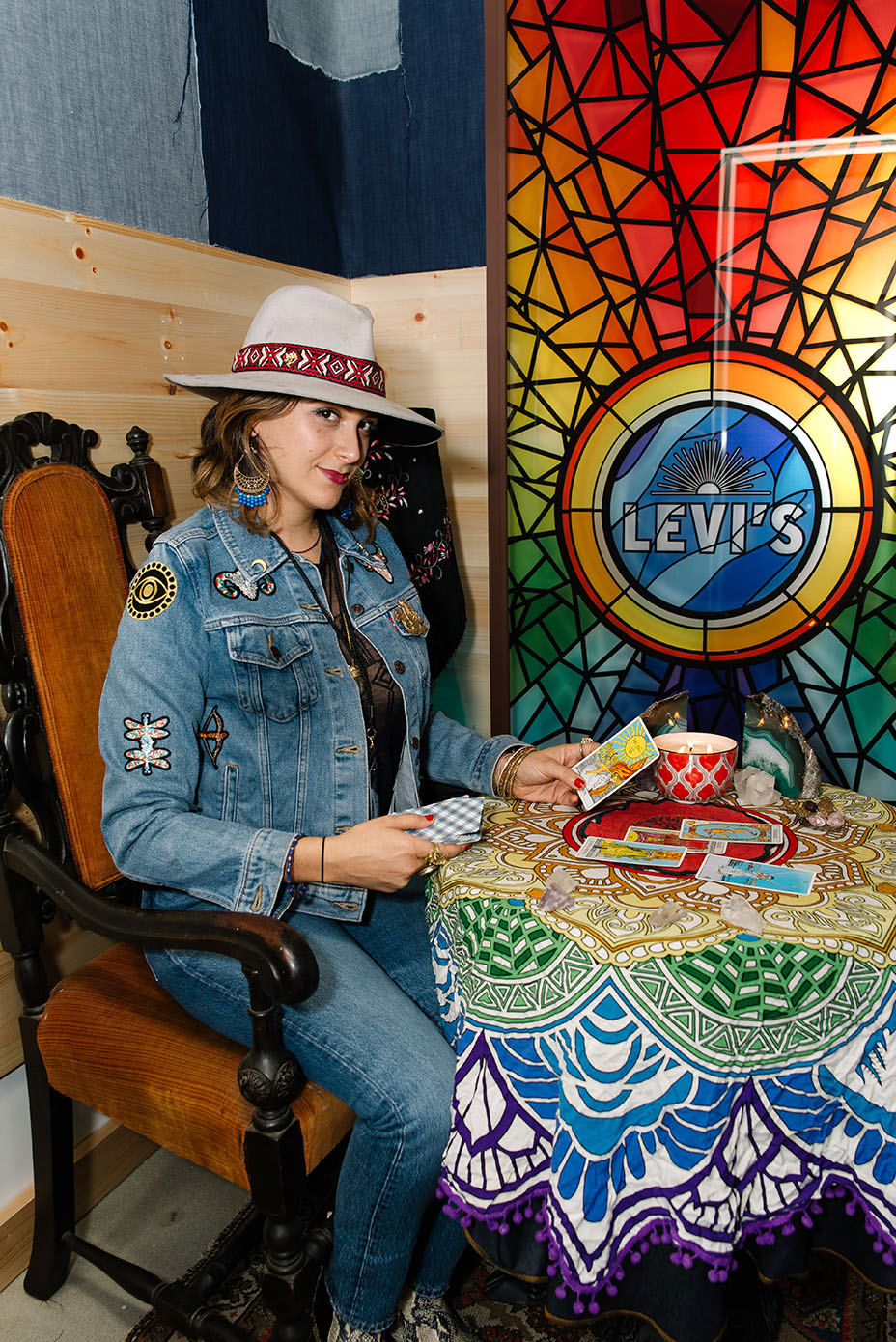 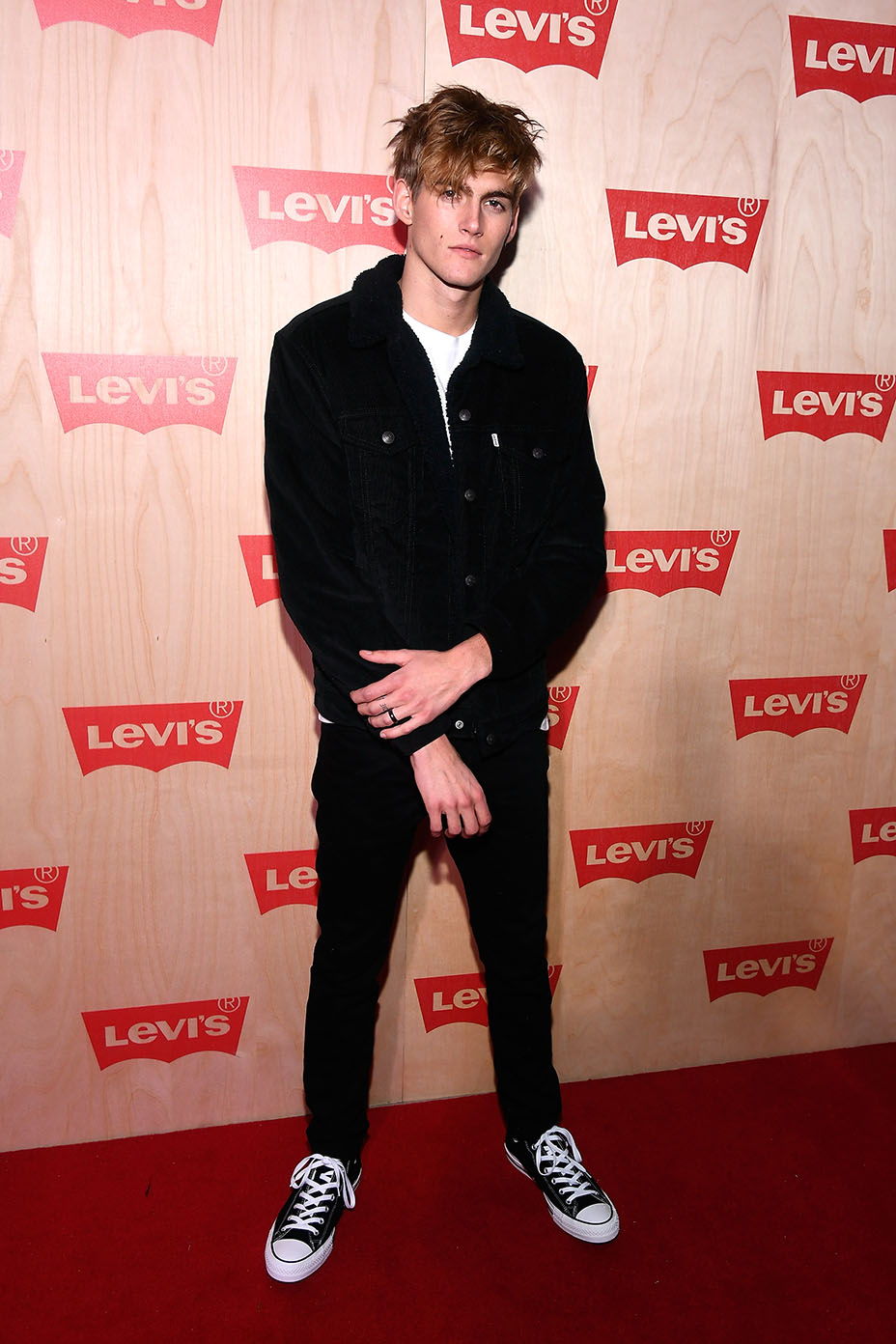