Steve Urkel is that you?

Rapper Lil Yachty and vine star Jay Versace channeled the beloved ‘90s sitcom character at the MTV VMAs red carpet on Sunday night, where they both stepped out in nerd-chic outfits that would have Jaleel White himself asking, “Did I do that?”

Yachty, whose flashy and flamboyant fashions have landed him design deals with Nautica and Urban Outfitters, as well as a tour merch pop-up at a local NYC pizzeria last weekend, stepped out in a red varsity sweater, wire rim glasses and cuffed khakis, which he styled with his signature beaded red locks and some orthopedic-looking sneakers. His one edge on Urkel, however, is his bling. Yachty upped the ante with diamond rings and a thick chain around his neck. 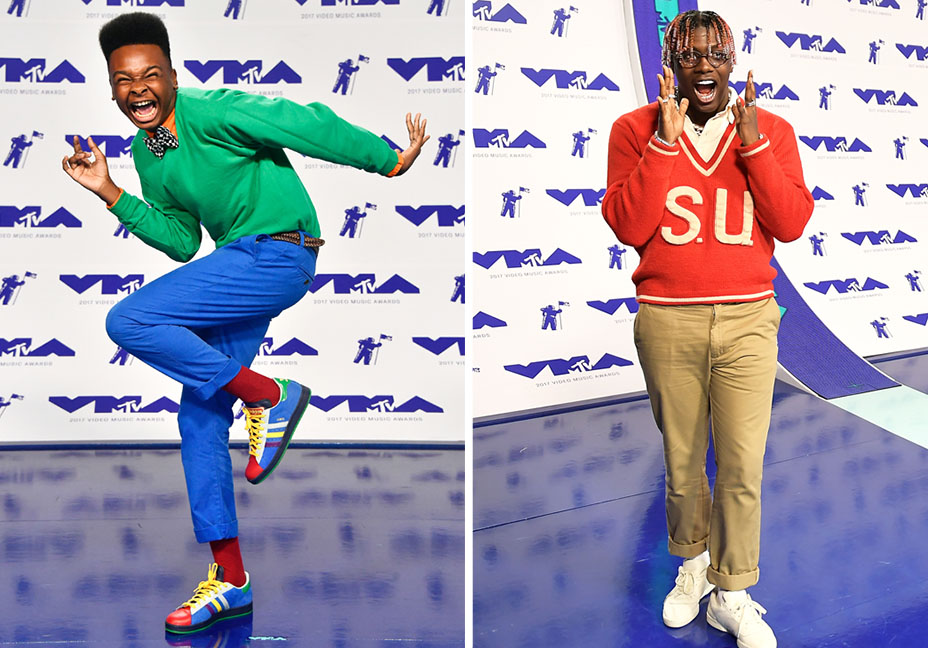 Jay Versace, a 19-year-old social media phenom with 2.3 million Instagram followers, played up his colorful persona with bright pops of blue, green, red and orange. A pair of striped sneakers and a checkered bow tie tied together the Urkel-esque ensemble.

The most striking comparisons, however, stem from the boys’ gimmicky poses. Both truly embody the quirky Family Matters geek next door with over-the-top facial expressions and a mastery of that mischievous look of surprise. Urkel would be proud.