Lily Collins was a breakout style star during her press tour for Rules Don’t Apply, thanks in part to styling duo Rob Zangardi and Mariel Haenn. At the Golden Globes red carpet on Sunday, the actress didn’t disappoint. 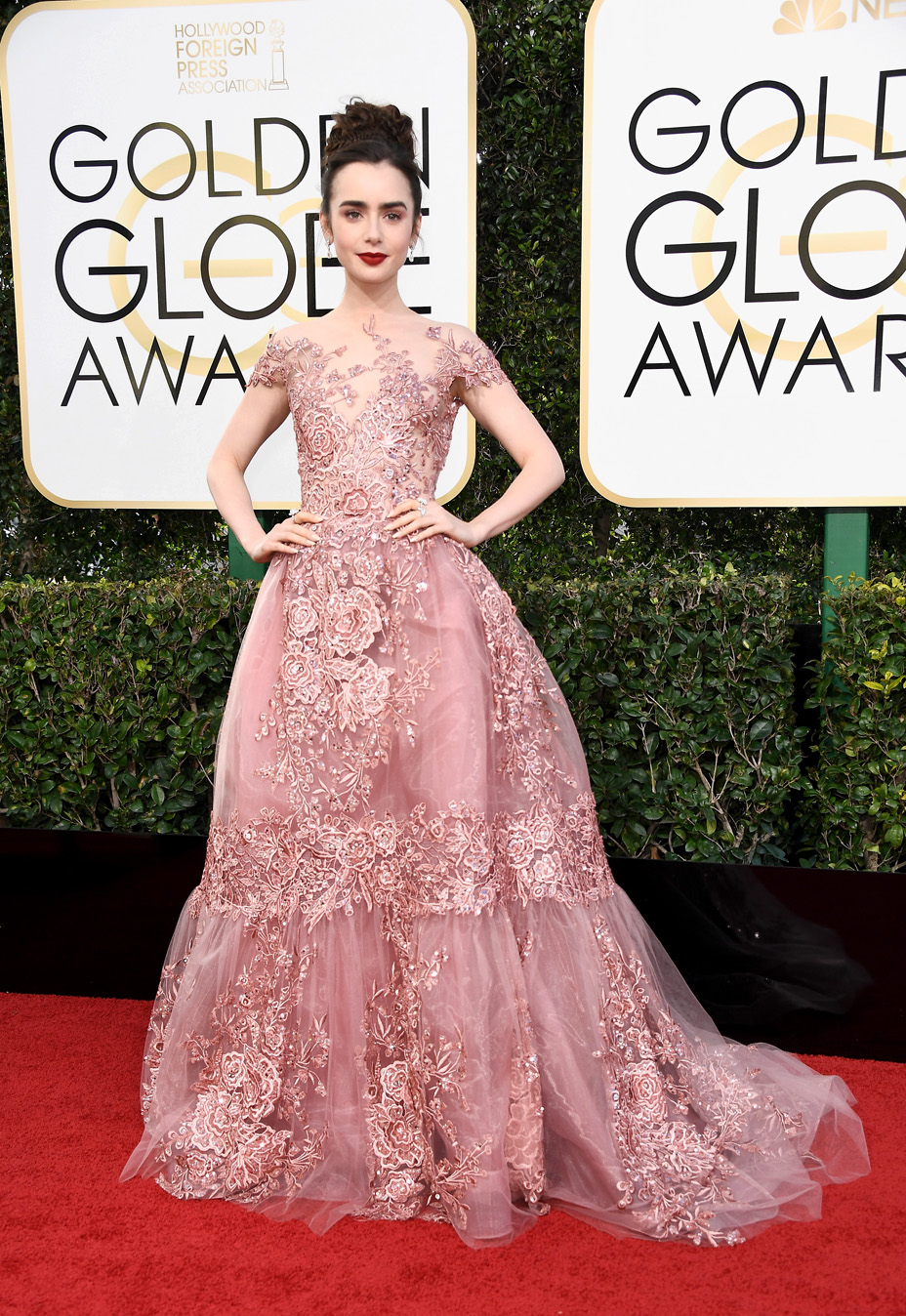 Collins is nominated for her first Golden Globe for her role as aspiring young actress Marla Mabrey in Warren Beatty’s Rules Don’t Apply. The 27-year-old beauty is nominated in the same category as Hailee Steinfeld (The Edge of Seventeen), Emma Stone (La La Land), Annette Bening (20th Century Women) and Meryl Streep (Florence Foster Jenkins) for best performance by an actress in a motion picture — musical or comedy.