Lingua Franca’s celebrity-backed, statement-making sweaters have set up shop on Bleecker Street in an intimate 560-square-foot space. But don’t let the cozy vibe fool you; the boutique has already proven just how seriously it takes social activism with multiple collaborations and relevant events.

By taking slogans from politics (“I Miss Barack”) and social calls to action (“Time’s Up,”), Lingua Franca has managed to charm customers, including Hollywood stars Tessa Thompson, Reese Witherspoon, Candice Bergen and others, with its combination of effortless wit and luxe embroidered cashmere.

This month, the brand, founded in 2015 by Rachelle Hruska MacPherson, will be releasing multiple Ruth Bader Ginsburg-inspired products. First up is an exclusive collaboration with Of Rare Origin on ‘Super Diva” earrings featuring hands with doily lace cuffs paying homage to the justice’s signature accessories. 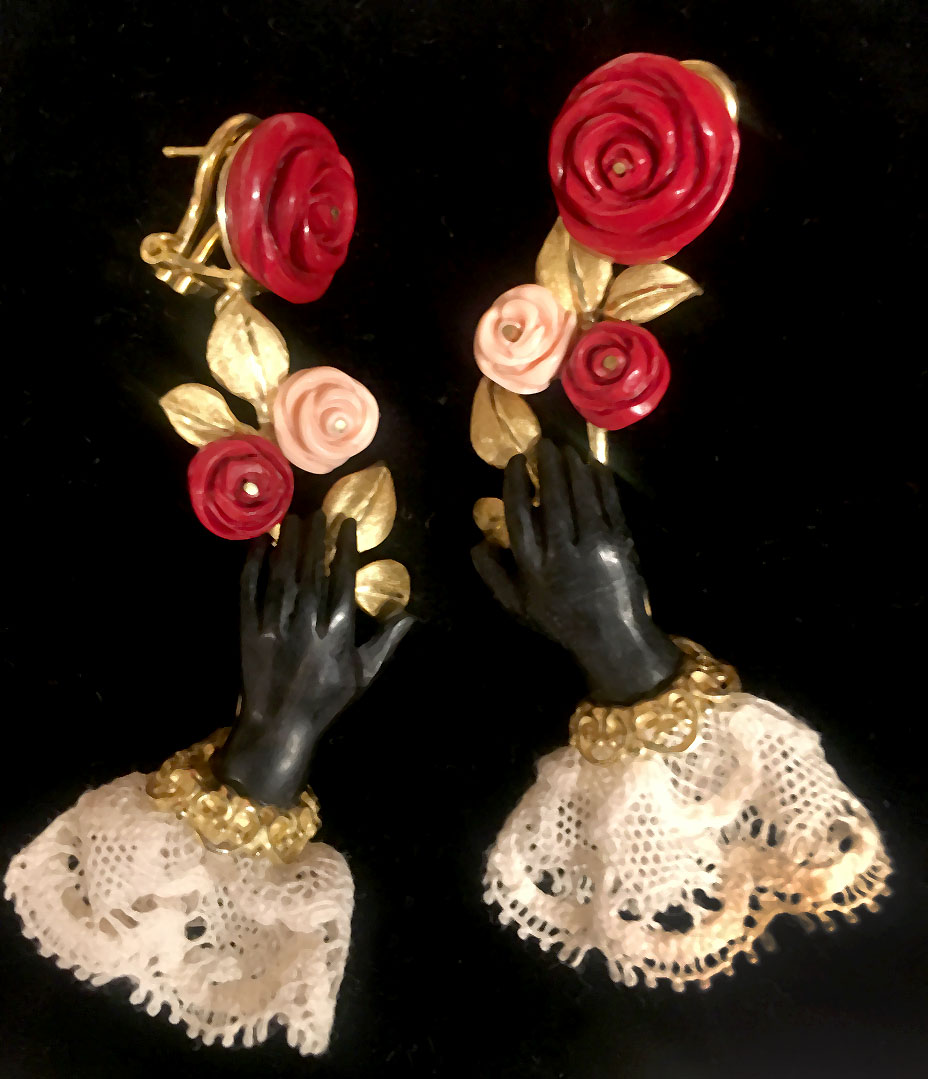 Later this month, Lingua Franca will release “All Rise” slogan sweaters ($380) to mark the upcoming film On The Basis of Sex, opening Dec. 25 and starring Felicity Jones. As with many of the designs, which benefit charitable causes, $100 from each RBG-inspired sweater will be donated to the ACLU Women’s Rights Project. (Focus Features and Participant Media are also partnering with several other female designers on merchandise inspired by the female empowerment theme of On The Basis of Sex.) 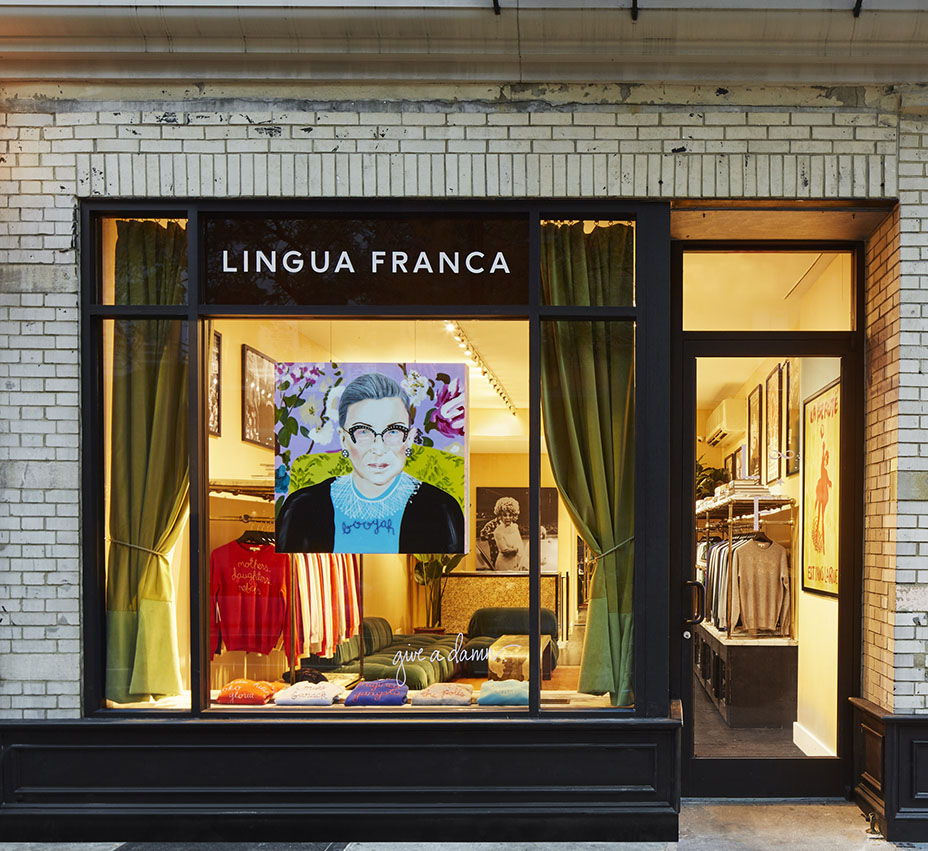 When it came to designing her first brick-and-mortar space, MacPherson worked with her husband Sean, the hotelier and restaurateur behind NYC hotspots like The Bowery, The Jane, The Marlton and The Waverly Inn. A swanky velvet turquoise couch and Chinese deco rug are offset by brass racks and black-and-white resistance -theme posters. Books by and about trailblazing women like Zadie Smith, Cindy Sherman, Frida Kahlo and Susan Sontag are stacked above the technicolor sweaters and accessories, made for both children and adults. 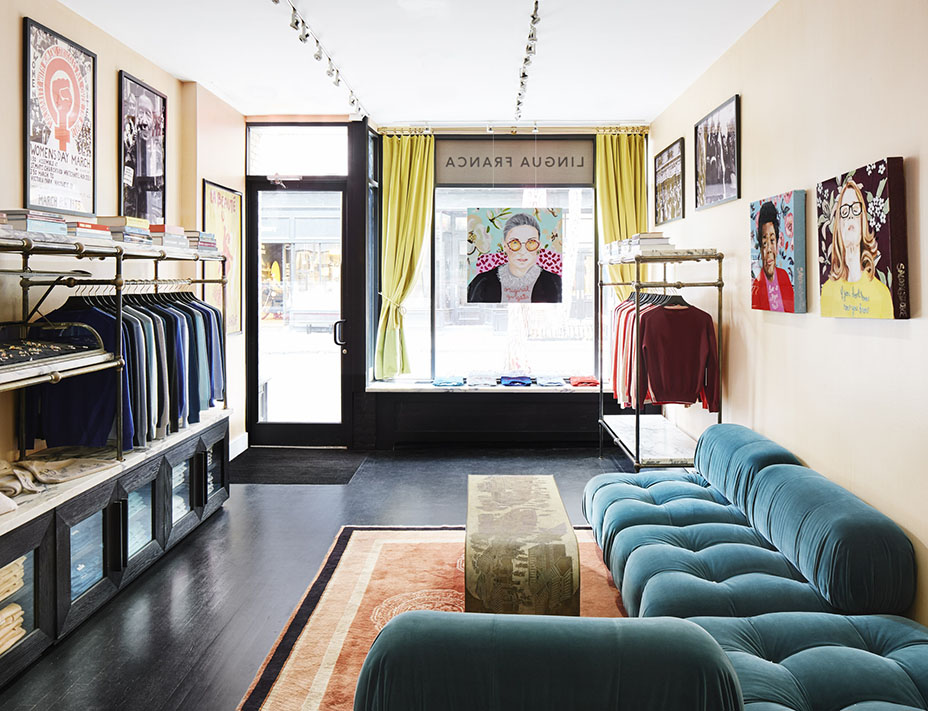 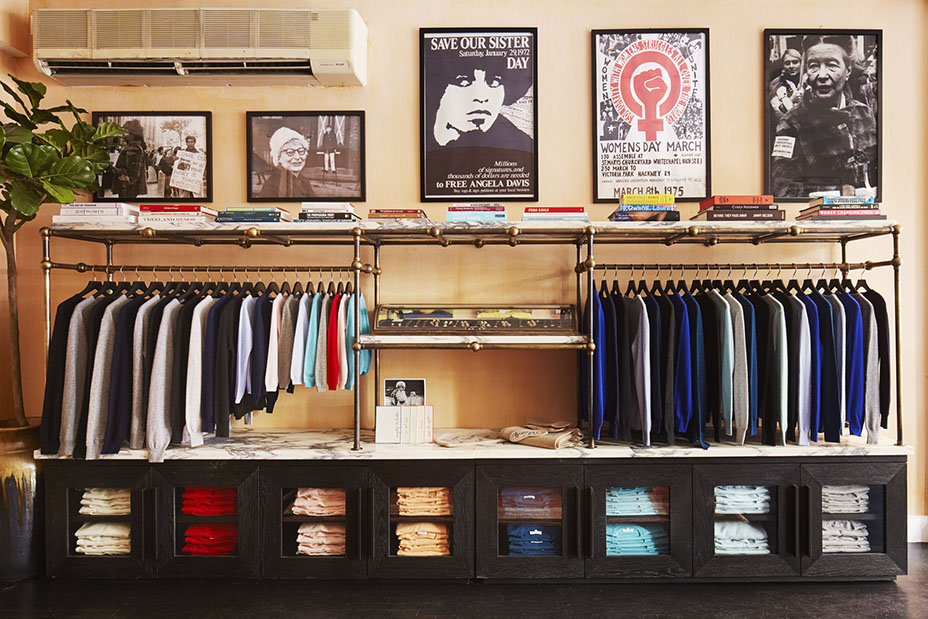 In November, Lingua Franca hosted an in-store celebration with New York Senator Kirsten Gillibrand for her new children’s book Bold & Brave. The company has also focused its fundraising efforts on raising money for DACA recipients’ annual renewals. In the fashion realm, there is a collaboration with Diane von Furstenberg, a woman MacPherson believes “embodies the spirit of the woman I think all women strive to be.”Together, the fashion companies are selling sweaters emblazoned with two of DVF’s most famous quips: “Love Is Life” and “Fear Is Not An Option.” 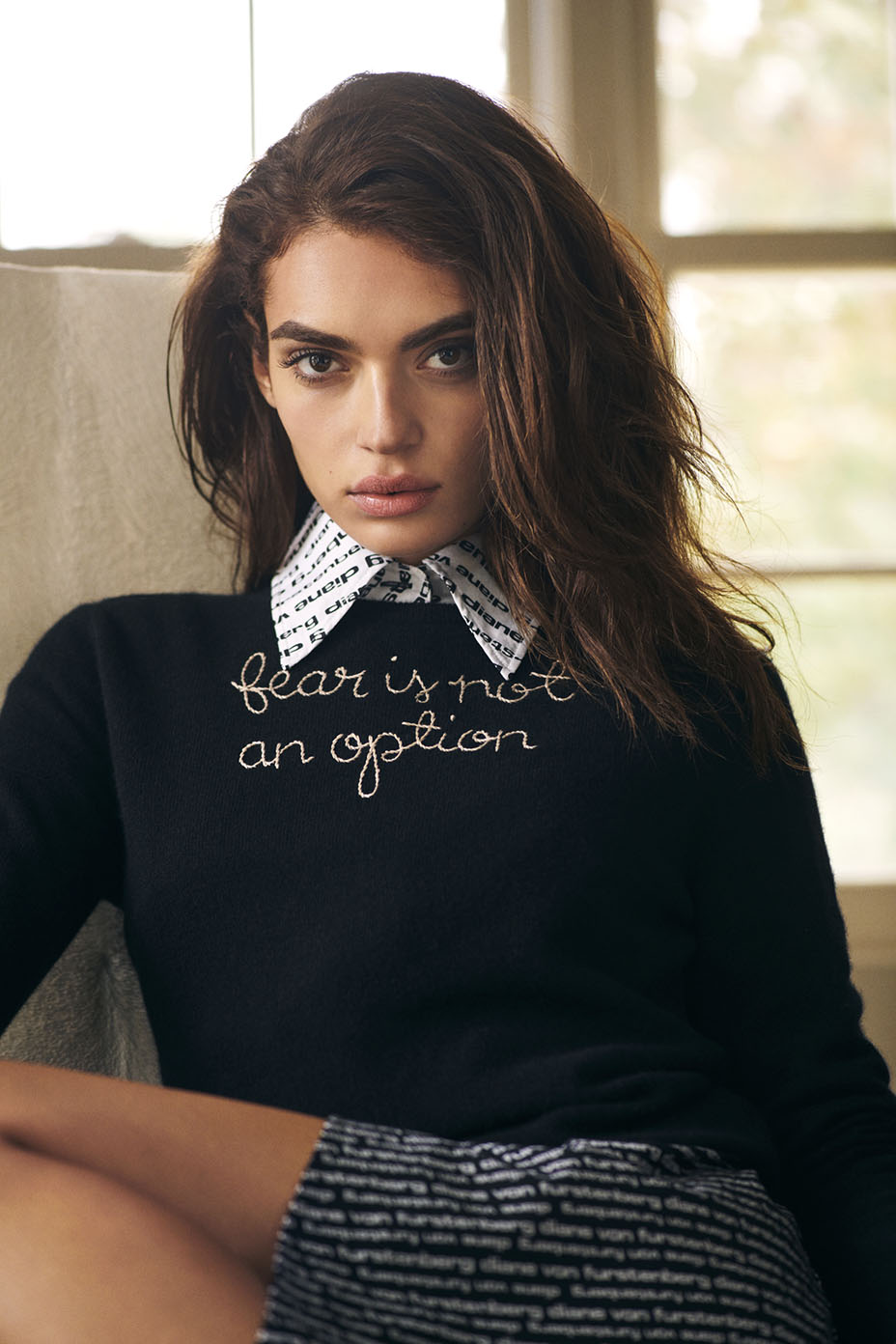 “Lingua Franca really did start with a simple stitch and grew into this larger fantastic community of consumers who care,” MacPherson said on the importance of brands being authentic and socially conscious. “It’s up to everyday people like you and me, and especially business owners that can affect real change, to speak out and stand up for what we believe in, without apology — because if not us — then who?”