While half the world had their attention fixed on the Las Vegas showdown that was Hiliary Clinton and Donald Trump’s final presidential debate, an intimate group of Lionel Richie’s friends and fans sipped on champagne and tuned into something a little classier: Richie’s debut home collection.

“You’re witnessing a duck out of water,” Richie declared in the middle of Geary’s Beverly Hills, which will sell the collection alongside brands Rosenthal and Kelly Wearstler. Designing home accessories, the singer-songwriter explained, was an unexpected move: “You try it, and if it doesn’t work, you try it again. You do it a couple of times and when someone says ‘I think you have something’ — well, you want to get it out into the world. You do your research, you find one idea and then two ideas and you realize — yes, you might be onto something. So if we do this correctly, hopefully in the next forty years … I too can be Ralph,” he said to laughter.

Inspired by Richie’s love of traveling, dinnerware sets ($30 to $80), each with a distinct gold patterned border, are inspired by luxurious destinations including Geneva, London, Milano, Riviera and Versailles. Black onyx highball glasses, and accessories such as a 27-inch-high crystal vase ($1,375) were showcased at the event with cascading arrangements of orchids and buttery English garden roses.

“Most people see the whole building, I see the railing,” Richie said of the attention to detail that went into each piece. “I was always that way — once the songwriting started happening it opened it all up. When I was growing up they didn’t know that ADD was called ‘hypersensitive’ … what it really meant was that you were on the other side looking at the world another way. I don’t see it like it is, I always see something different.” 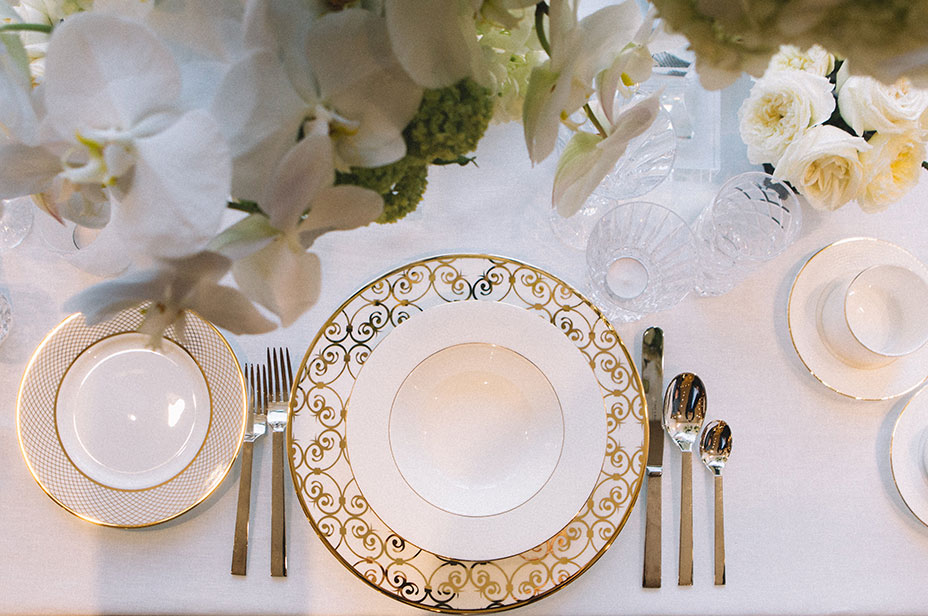 A master at working the room, the musician managed to catch up with friends like David Foster and Secretary of Transportation Anthony Foxx, while agreeing to every single one of the selfie requests that came his way without losing his smile.

“I actually enjoy doing stuff like this,” he beamed. “I don’t like fishing, I don’t like hunting. I have friends in Nashville… Luke Bryan will say ‘Do you want to go hunting?’ And I say ‘I’m designing plates!’ And they leave Lionel alone.”

As for guests who didn’t get the chance to mingle with him? They took his “Endless Love” scented candle home. A mixture of lemon, bergamot, bamboo and freesia, it was subtle and yet refreshing enough to burn, that’s right, all night long.