On Friday afternoon, Brett Alan Nelson’s stress level had peaked well past 11, thanks to a delayed FedEx delivery. “Because of COVID, shipments have been all over the place,” says the star stylist, who is dressing Lizzo, Doja Cat and Noah Cyrus for Sunday’s 63rd Annual Grammy Awards. “I’ve been on the phone so much, I’m pretty sure FedEx now dreads hearing that Brett Nelson is calling.”

But soon enough a much-anticipated box from Paris arrived, and Lizzo was smiling. “She just lit up when she tried on the first dress, and when she tried on the second one, she lit up again,” Nelson says of the custom designs created by Balmain creative director Olivier Rousteing. “She told me she wanted to look like a legend, and she wanted to look sexy. I knew I wanted to make a Balmain moment happen, and from there Olivier and I talked about legends like Diana Ross and Cher. I wanted it to feel classic and a bit familiar, but new.”

Lizzo’s pair of Grammys looks — a strapless mint-green dress and a pink asymmetrical one-shoulder gown, both crafted in an Italian Lurex that resembles liquid metal — can be summed up in four words, says Rousteing: “Very Parisian. Very Balmain,” he tells The Hollywood Reporter. “I really wanted [to] channel the unique mastery that Pierre Balmain brought to Parisian post-war couture – his ‘New French Style’ – with that incredible draping and tailoring that this house has always been known for … [while] the draping and the ruffles obviously riff on some of the strongest, most glamorous mid-century looks of this house.” 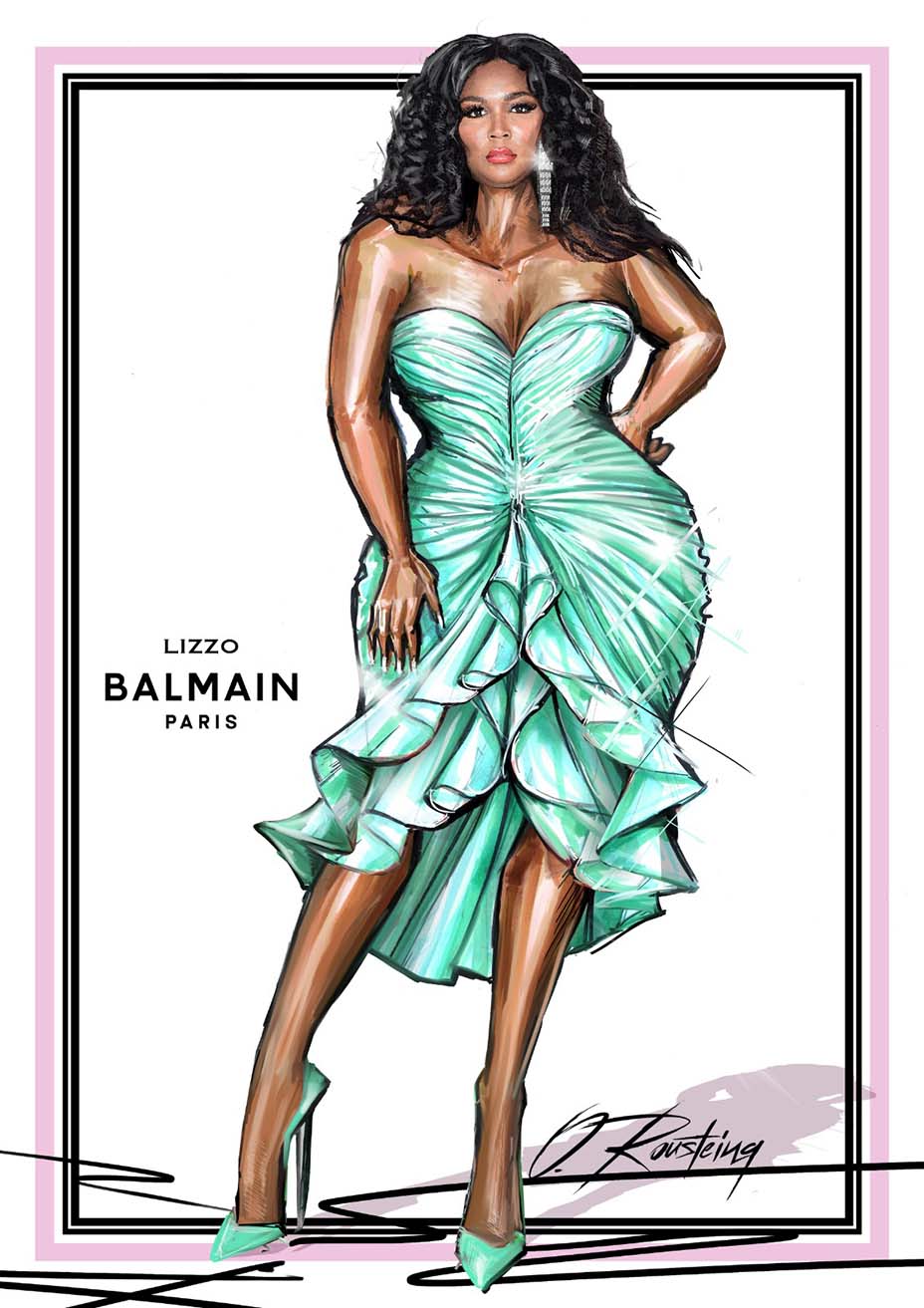 Nelson has worked with Lizzo, who will present the best new artist award at Sunday night’s Grammys, for roughly two years. “She’s such a beautiful woman, and she really loves to look sexy – and in our world of fashion, a lot of people don’t know how to do that justice,” he says. “Lizzo is a sexy woman who wants to feel sexy, and that made the shape of what we created really important.”

Rousteing adds that he was inspired by women Pierre Balmain used to dress for red-carpet events, “those legendary Cinecittà and French actresses who wanted something extra for the Cannes red carpet, or the great European singers who needed a fantastic look for a special Olympia concert,” he explains. “And so, knowing that – really, what other kind of style could be more perfect for Lizzo?” 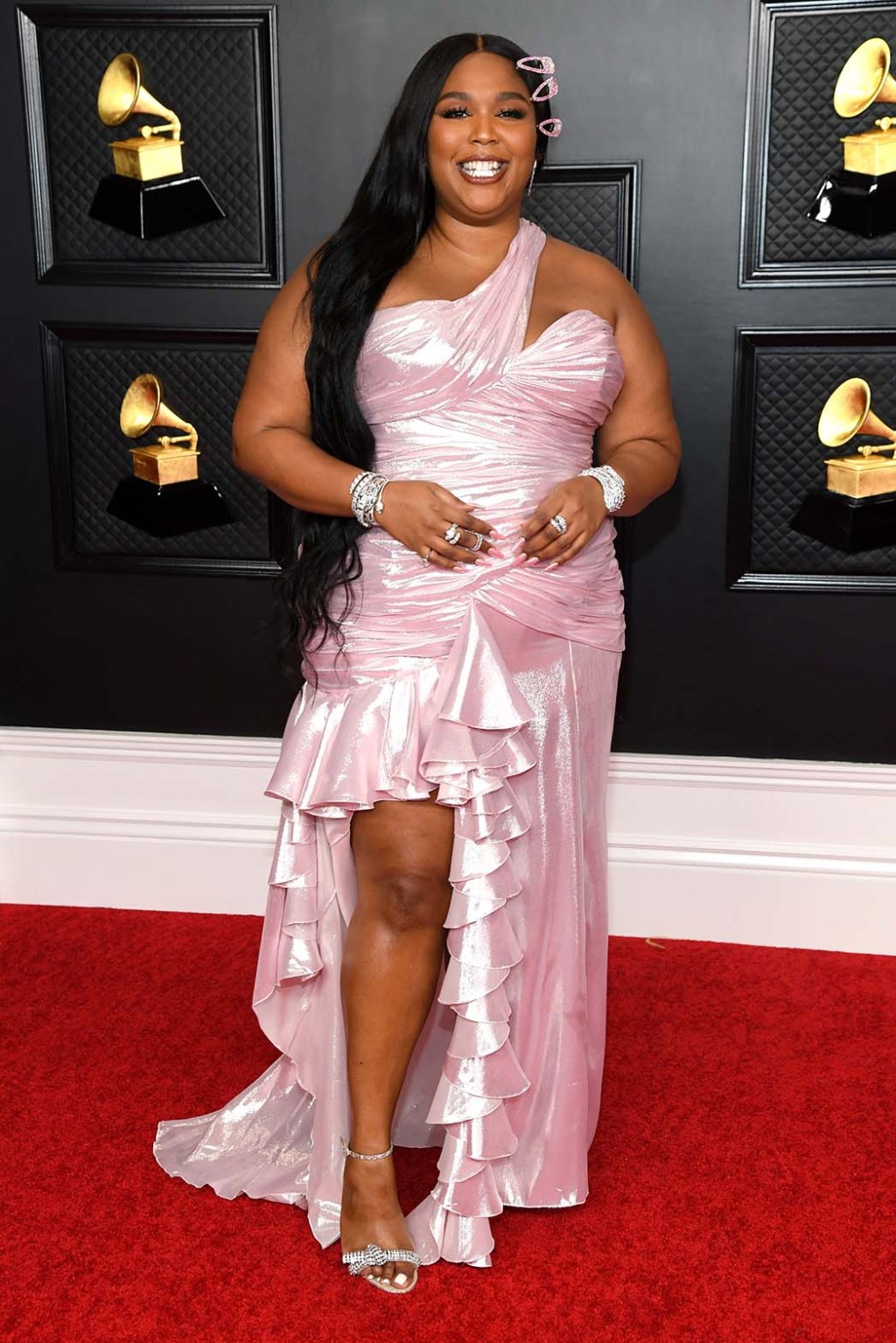 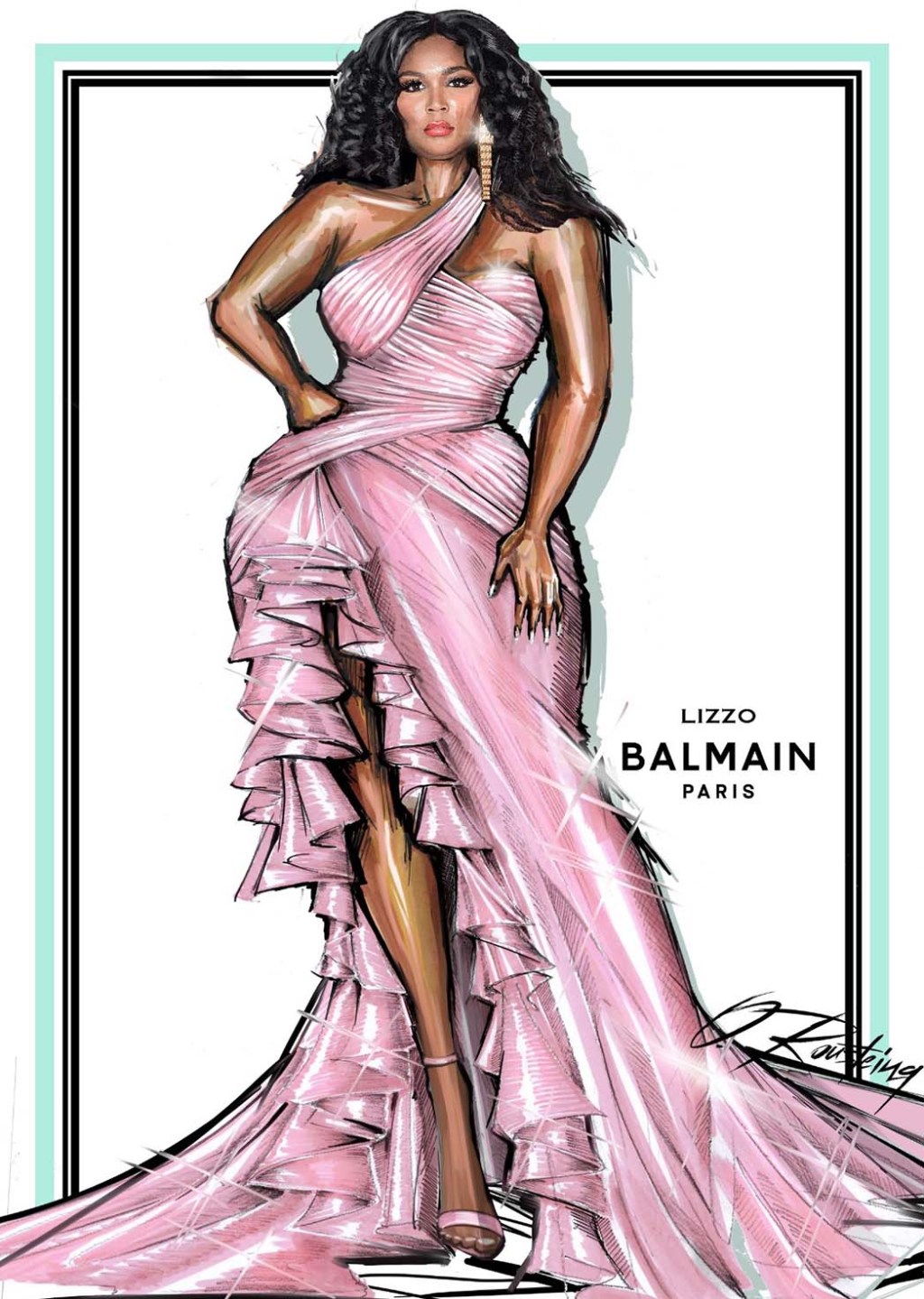 Jewels by Bulgari and Stuart Weitzman shoes embellished with crystals by Los Angeles-based Vincent Michael Braccia (who goes by the name The Disco Daddy and worked on the sparkling bodysuit and boots Lizzo wore at the 2020 Grammys) complete the look.

Says Nelson, “She’ll wear a diamond Serpenti necklace with a tassel of diamonds that hangs from the snake’s tail – it feels a little disco, but fit for a queen,” he notes. “I wanted to do something that would convey that Lizzo is a rock star, but also would rock Bulgari’s world a little bit.” Lizzo’s bulgari Serpenti high jewelry necklace in white gold is set with one pear-shaped 1.15 carat brilliant-cut diamond, 37 pear-cut diamonds and pavé diamonds. The star also wore a Bulgari Serpenti high-jewelry bracelet, Serpenti earrings in white gold and diamonds and other pieces (totaling 157 carats) by the Italian house. 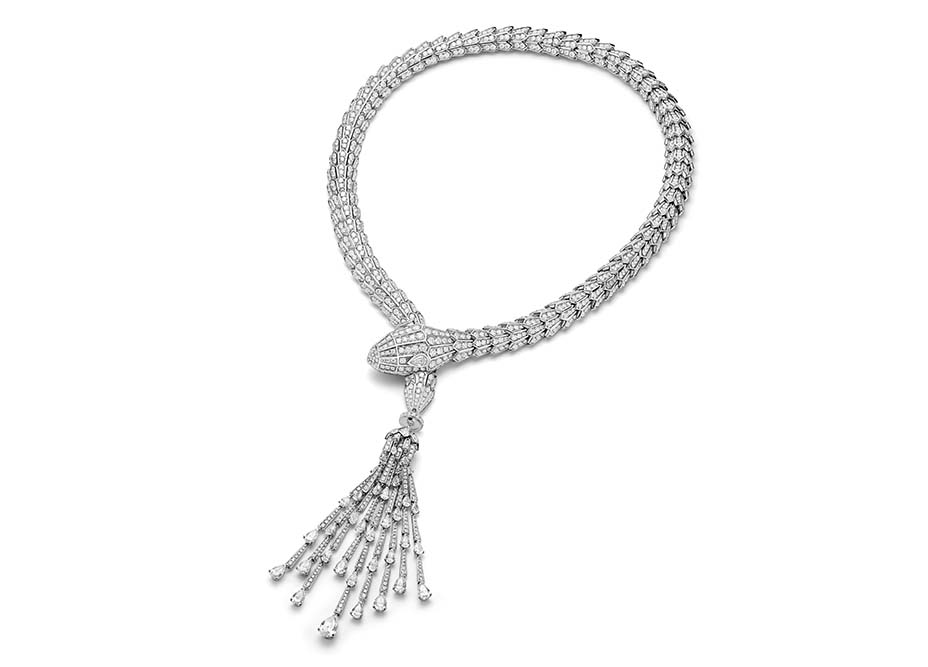 Choosing the designer for Lizzo’s Grammys look ultimately was the easiest part of the equation, Nelson adds, especially after the awards event was delayed from its original Jan. 31 broadcast date due to the COVID-19 pandemic and lockdown mandates in Los Angeles. “Olivier always keeps things fresh and exciting, and I knew this Lizzo moment was coming,” Nelson says. “Lizzo is a queen and everyone wants to dress her, but as long as Balmain had the time to make sure everything was perfect, I knew it was the right choice.”

For Rousteing, the feeling was mutual. “OK, really – who doesn’t love Lizzo?” he says. “That talent, voice and power of her message. She is definitely an inspiration for me – every step, song and statement she makes reflects the fact that she is a strong, talented woman whose positive energy and messages are exactly what every one of us needs right now.”