Downtown Los Angeles, already home to Soho Warehouse and the new NeueHouse inside the Bradbury Building, is getting another social club: the first satellite location of the U.K.’s Bike Shed Motorcycle Club. First opened in London’s Shoreditch neighborhood in 2015, the club counts more than 800 members as well as investors that include Pink Floyd’s Nick Mason and Charley Boorman, who’s starred with Ewan McGregor in the motorcycle-journey documentary films The Long Way Round and The Long Way Down. It also runs the annual Bike Shed motorcycle show in London. 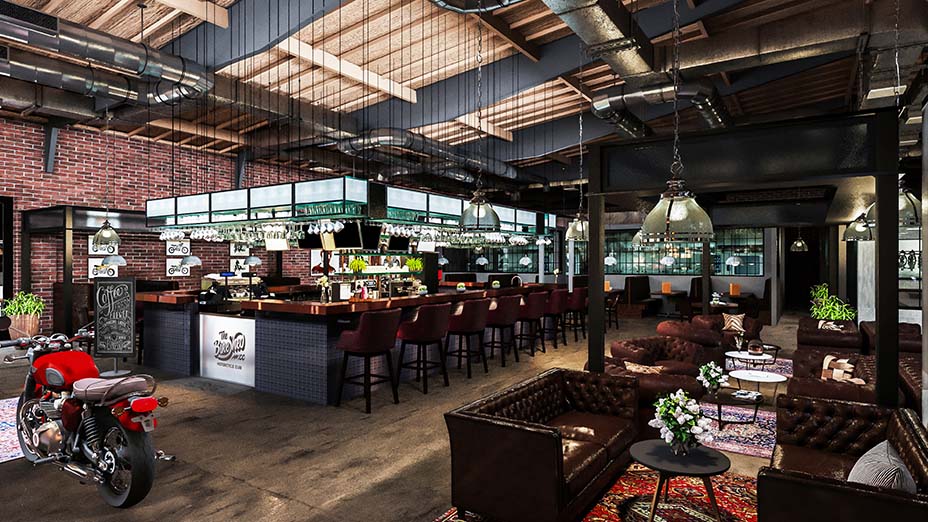 As at its 12,000-square-foot London location, its new Los Angeles outpost — slated to open in the fall of 2020 and located in DTLA’s Arts District at 1580 Industrial Street — will include a full-service restaurant, bar and lounge, a barbershop, event space and retail space. Located in a 1945 red-brick warehouse building, the club’s 30,000-square-foot L.A. space (shown in these first-look renderings) will also display some of the world’s most covetable motorcycles, many for sale. But unlike other social clubs such as Soho House, Bike Shed is open to the general public, while members (pricing is still TBD but should fall in the range of $600-$800 a year) get access to special events, rides and programming — and in Los Angeles there will also be a dedicated members-only area. The L.A. location will also include a tattoo space.

Ewan McGregor, Jack Black and Zooey Deschanel Dive in for Mike Birbiglia's 'The Old Man and the Pool' 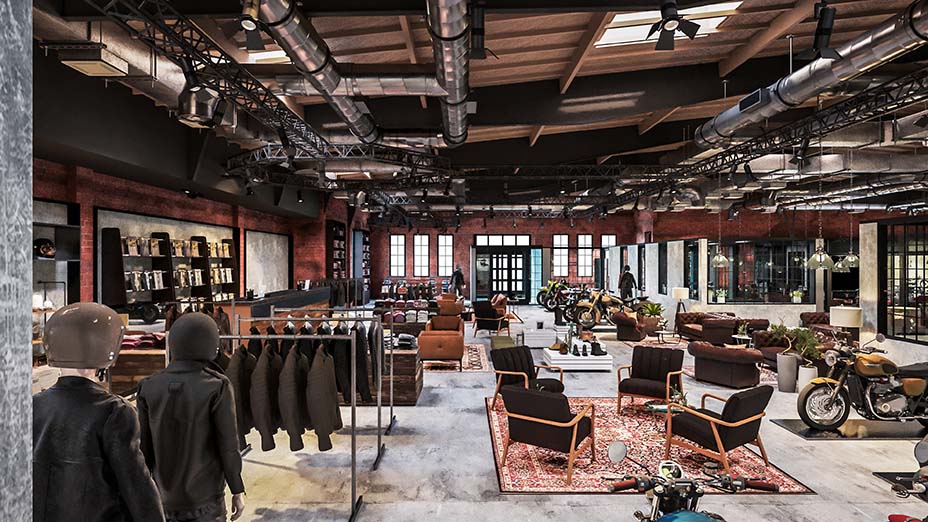 “London is a big, creative city and a lot of our community spends time in Los Angeles,” says co-founder Dutch van Someren, who started Bike Shed with his wife Vikki as a motorcycle-focused blog prior to opening a bricks-and-mortar destination. “We were really pulled here by the very cohesive motorcycle community in Los Angeles. We’re first and foremost a destination for people who appreciate motorcycles, but we’re for everybody. You don’t need to join the club and you don’t need to bring a motorcycle or even ride one to come.” 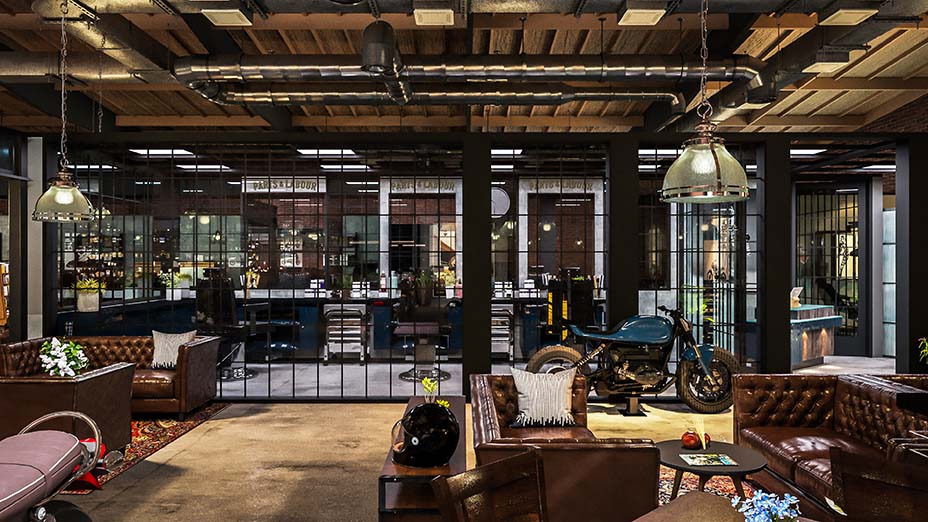 Members will also get invited to participate in invite-only dinners with figures in the motorcycle world. “You can have dinner with someone like Charley Boorman or a famous motorcycle GP racer. It’s about connecting like-minded people,” says Dutch, a former creative director at MTV and VP at Cartoon Network.

The build-out of Bike Shed LA is being carried out by design group Spacecraft. “We want it to feel very comfortable, but with that London Brit vibe with Chesterfield sofas,” explains Vikki, a former commercial director.

The couple say they are currently meeting with many of the motorcycle companies based in Southern California, which is home to brands like Kott (which has customized a Triumph Thruxton for Ryan Reynolds), Super73 electric motorbikes and ARCH, co-founded by Keanu Reeves. “We were one of the first places you could see that bike in London,” Vikki says.

As for the couple’s own motorcycle collection? It includes three Ducati SportClassics, a pair of Honda Dominators and a custom Triumph. Says Dutch, “We quite often argue over who owns which bike.”