If you’ve ever perused the Louis Vuitton City Guides while imagining an escape to far-off lands (with monogrammed trunks in tow, of course), you’ll likely be a fan of the French label’s latest timepiece, which has been crafted with your wanderlust in mind.

The Tambour Horizon debuts today and represents Louis Vuitton’s inaugural entry in the smartwatch market. At 42 millimeters, it’s slightly smaller than other recently launched smartwatches — TAG Heuer’s Connected, for example, measures 45 millimeters — and that concession to size is likely rooted in a desire to appeal to both men and women. Indeed, a choice of 60 interchangeable straps — 30 for men, 30 for women — includes the brand’s iconic LV Monogram print, a detail that’s sure to draw the interest of those devoted to their Alma and Speedy bags.

But it’s the technology within that draws the lion’s share of the attention. Like the growing range of Connected watches, the Tambour Horizon allows you to access email, receive texts and perform other functions via its Android Wear 2.0 system, which works in concert with both Android and Apple iOS devices. The wearer is also able to create myriad custom dials, many featuring design elements well known to Vuitton fans. The brand is ultimately positioning the Tambour Horizon as a partnership between its Parisian heritage, Geneva-driven craftsmanship (the three stainless-steel case styles, in either brushed or polished finish, are manufactured in Switzerland) and electronics developed in Silicon Valley, courtesy of Google and Qualcomm.

That marriage has been woven through Louis Vuitton’s “Art of Travel” DNA to create features sure to appeal to globetrotters, from a GMT function with 24-hour display on the dial’s rim to “My Flight,” which stores your travel info and keeps you apprised of terminal and gate numbers, delays, remaining flying time and more. Those famed City Guides likewise have been folded into the technology so the wearer can access nearby restaurants, hotels, landmarks and other attractions in real time via the watch’s geolocation function. The Tambour Horizon also performs the duties of a world timer, taking its cue from Louis Vuitton’s Escale watch to track the time zones of 24 world cities (the look of the Escale’s flag-embellished dial is also a choice on the Tambour Horizon).

“Our clients want new technology, it’s important, but they want to have our savoir-faire on their wrist,” says Hamdi Chatti, vice president of watches and jewelry for Louis Vuitton.

Pricing for the Tambour Horizon is $2,450 for the Graphite or Monogram model and $2,900 for the Black model; each comes on a black rubber strap embossed with “Louis Vuitton Paris,” with additional interchangeable straps priced between $300 and $500 each. The watch is available in select Louis Vuitton boutiques. 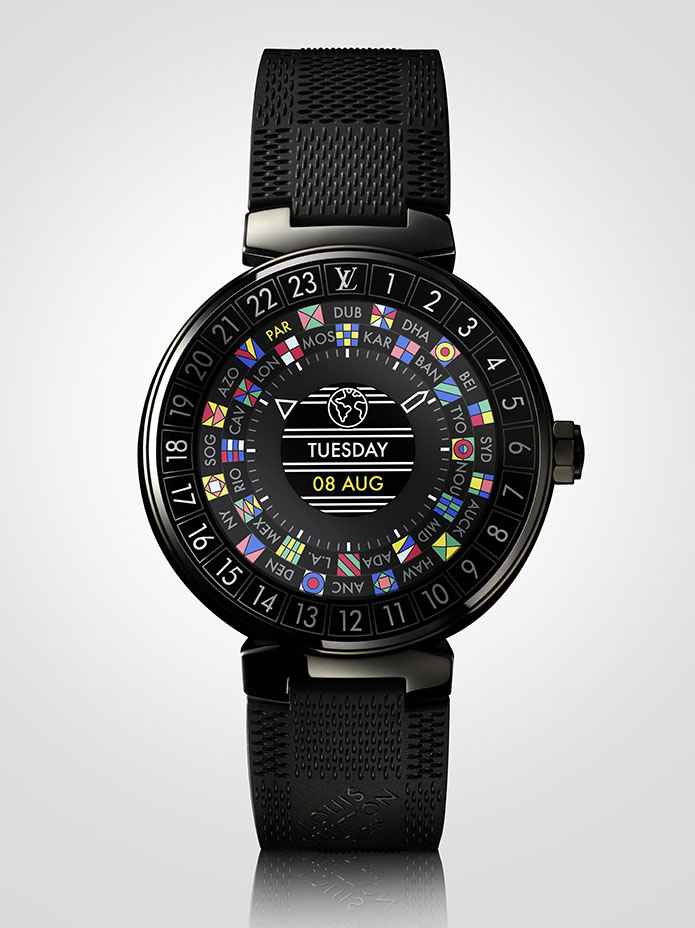 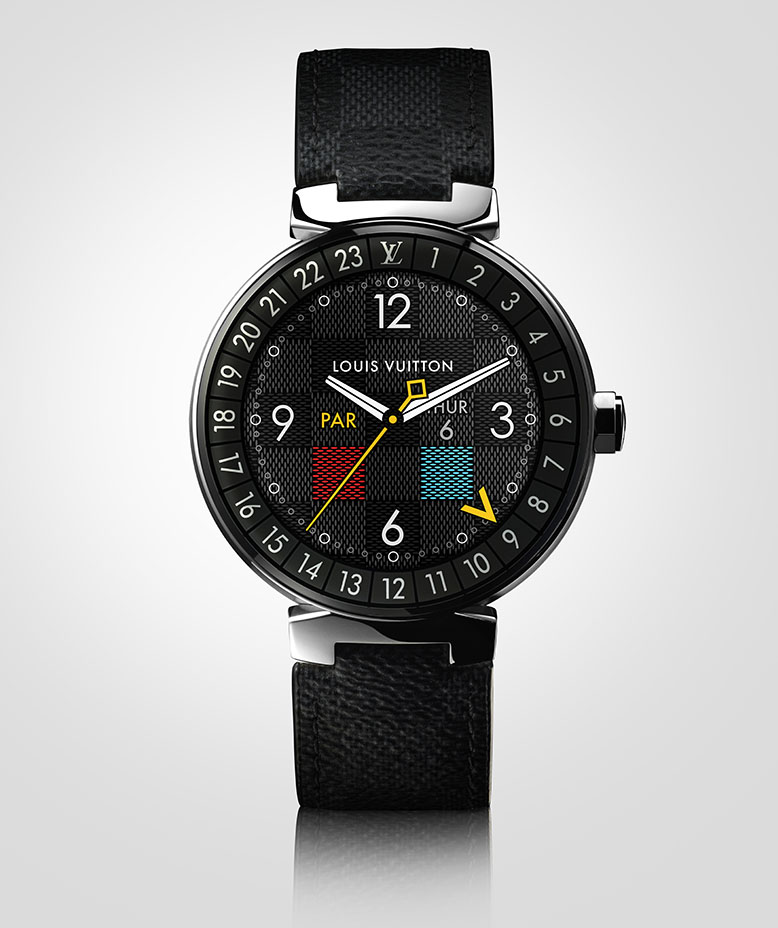 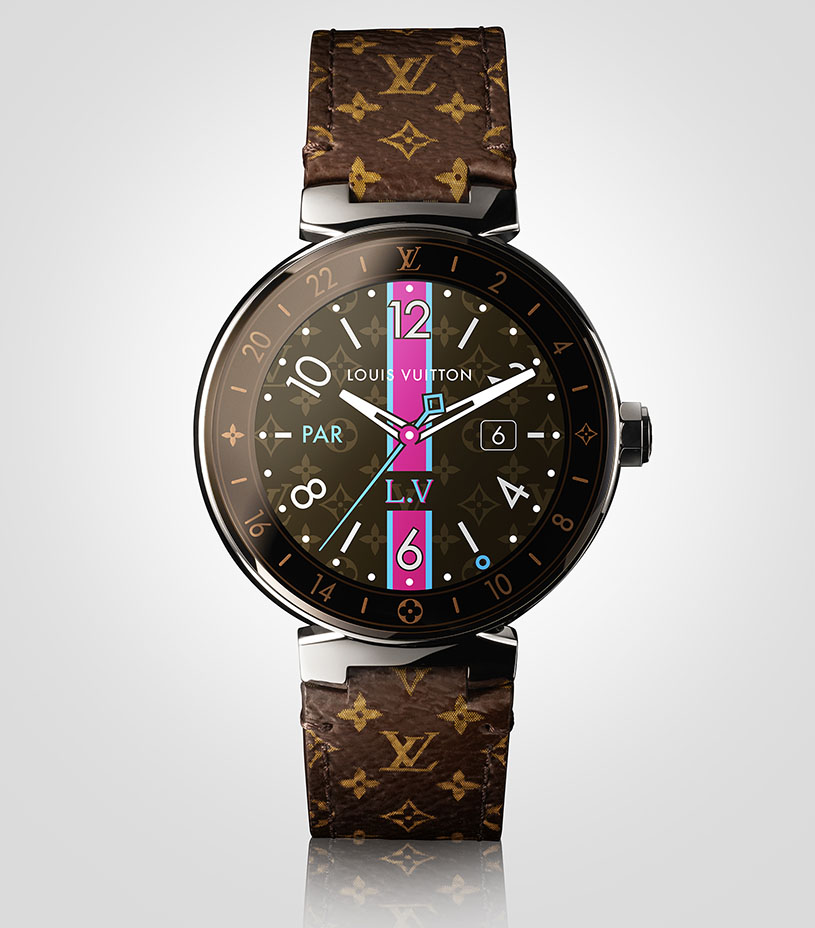