As Louis Vuitton is gearing up for the first drop, on Jan. 18, of buzzy designer Virgil Abloh’s debut spring 2019 men’s wear collection, the French luxury house has installed a “yellow brick road” outside its Beverly Hills flagship store on Rodeo Drive.

Store windows in Beverly Hills and at the Louis Vuitton boutique on 5th Avenue in New York showcase styles from the line — inspired by the 1939 film The Wizard of Oz — in kaleidoscopic shades and crisp white, decked out with imagery of Dorothy and her friends or trippy tie-dye patterns. In show notes, Abloh described the palette as “black, white, off-white and taupe, ruby shoe red, brick road yellow, tin man metallic, garland green and rainbow.”

The focal point in Beverly Hills is a traffic-stopping, super-size mannequin that dons a dazzling technicolor look in a window visible from the street at the corner of Dayton Way. In New York, there is a similar painted rendering on the outside facade.

During Paris Men’s Fashion Week in June, Rihanna, Chadwick Boseman, Kanye West and Kim Kardashian West were among those that looked on as Abloh’s first collection as Louis Vuitton men’s artistic director hit a rainbow-hued runway in the gardens of the Palais Royal. (Abloh worked as West’s creative director until launching his first label in 2012.) 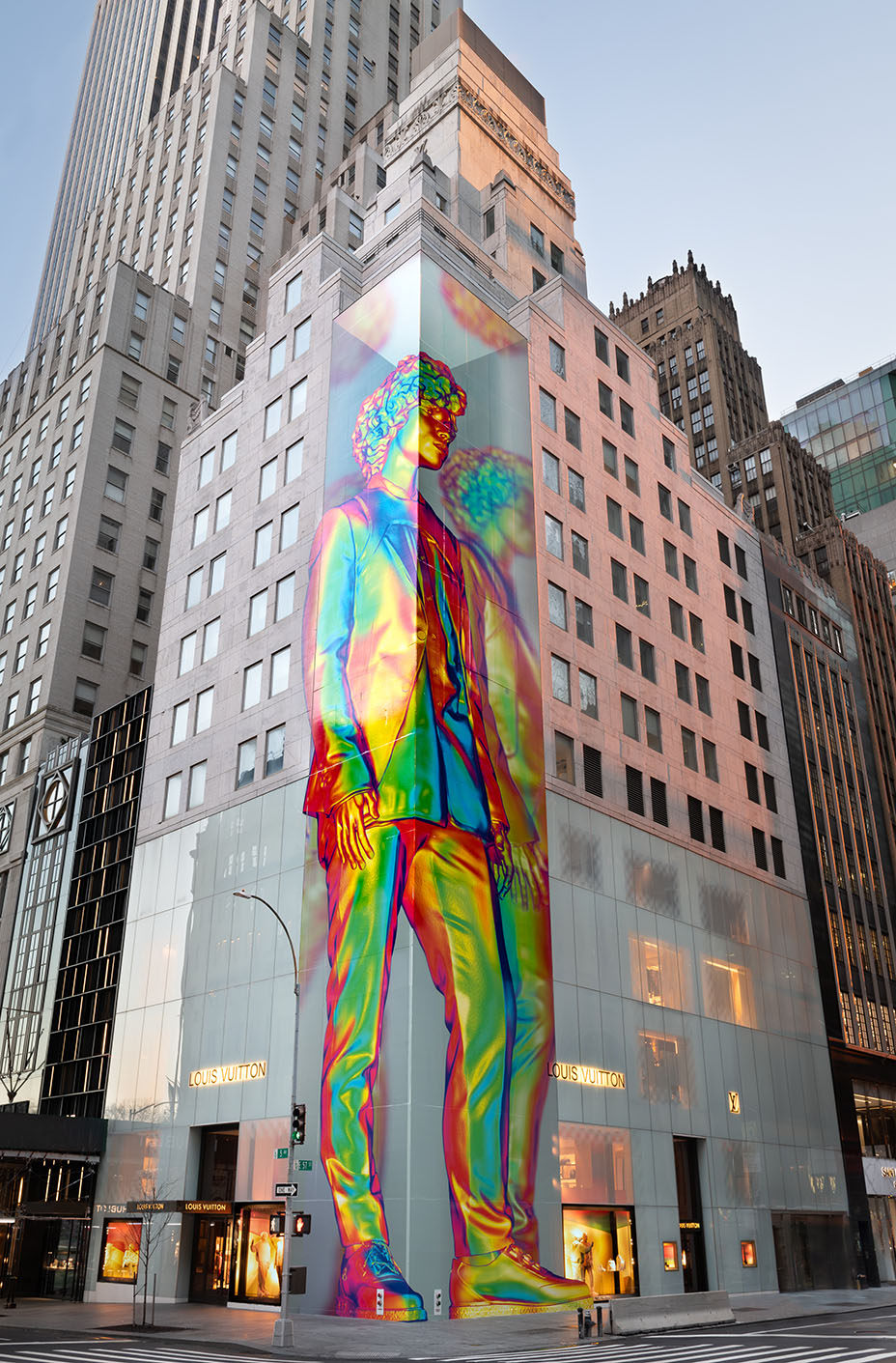