The Alienist actor has narrated a 20-minute audio guide for drinking Stella Artois beer (because it’s the optimal time it takes to enjoy a cold one). He partnered with the meditation app Inscape to release the calming experience Stellaspace on Wednesday on iTunes.

A preview of the mindfulness guide sounds like a Rick Steves audio tour, but with Evans’ husky voice to help you “savor the present” and “indulge in the art of beer sipping.” He murmurs on the recording, “Sometimes life can feel hectic. Being an actor, I know a thing or two about a fast-paced life, traveling from place to place, punishing schedules, barely being able to find a moment to take a breath, not to mention slaying dragons, fighting criminal masterminds or turning into a vampire.”

Evans advises drinkers to “have some food or nibbles prepared,” as cafe piano music plays in the background. “Sit upright but not uptight … focus on your breathing and turn your attention inwards.”

Evans describes the tipsy project as “witty” as it doesn’t take itself too seriously. He speaks with The Hollywood Reporter about his (sober) upcoming film projects, Midway, Murder Mystery and Super-Normal, in which he’s co-starring and co-producing with his Beauty and the Beast co-star Josh Gad. 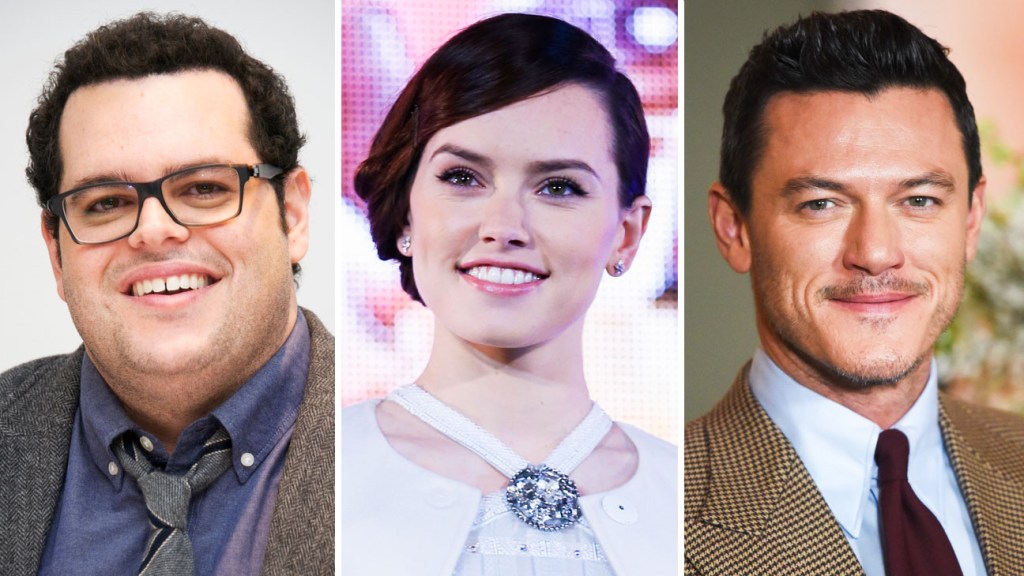 Why did you want to collaborate with Stella Artois?

I thought it was very clever, very innovative, very unique. I’d never heard of anything before like this. I’ve used the Inscape app quite a few times over the last few years. My life is so fast-paced sometimes. It’s very hard to find a moment to take a breath and eliminate the things of every day that consume your brain and your attention. I found the app was good at being mindful and present.

When they said they were using the app and collaborating with Inscape to create a 20-minute mindful appreciation and experience of the sipping mentality of drinking a Stella Artois, I thought, “Well that’s actually quite clever,” because though I’ve drank Stella Artois my whole adult life, I haven’t really thought about how to enjoy the mindful sipping nature that we encourage. And so I thought the whole thing was witty; it’s very fun. It doesn’t take itself too seriously. But it’s also a way to encourage people to appreciate drinking a premium Belgian lager in a different way than they have before.

I don’t have a bar at home, but I do have a good selection of drinks. I have a lovely garden and I use it all through the summer when I’m at home, which I’m not that often. But when I am, I open all the sliding doors and my friends come around and family, and we often have a barbecue, sit in the garden all afternoon, keep the Stella Artois chilled on ice and enjoy the evening. I’ve started to use the Stella Artois cocktails, like their version of an Cidre Spritz with Aperol. That’s how I enjoy my time at home and see my friends.

What are some other ways you take a break from your busy schedule?

I work out. I train a lot. I find that a really good way to get your energy up. My brain often doesn’t switch off. I think that’s the problem when you’re an actor, and also traveling time zones can really affect that sleeping. So it depends where I am, and it takes me a good few days to settle into a routine. I like routine, but I don’t seem to get a lot of it as an actor, which is just part of my business. But I try being in the moment.

Yes. We’re shooting the Netflix comedy with Adam Sandler and Jennifer Aniston. They’ve known each other for a very long time, so they have this wonderful shorthand and they’re very collaborative. They’ve embraced me into this fold and everybody else into the film.

We’ve been shooting in Montreal, and then we were shooting in Portofino in Italy, which was exquisite, and now we are in Lake Como, which is just as beautiful, and it’s been just a really wonderful job. We’re lucky — it’s not always as glamorous as this. But it’s the summer and we’re in some of the most beautiful places in Europe, so I’ve been making the most of it. I’m as brown as a berry.

What types of projects do you want to work on going forward?

Well, it’s keeping it diverse. It’s keeping it varied and looking for those roles and those directors and those scripts that are going to challenge me and keep me on my toes. I’m doing a World War II movie with Roland Emmerich. That’s something I’ve never done before. Doing the comedy with Adam Sandler and Jennifer Aniston was something I’d always wanted to do, I wanted to do more comedy. That was great for me. And this Midway, the Battle of Midway, which is a very important historical moment, was something really interesting, and Roland is a master of these huge disaster and wartime movies.

I’ve got a few projects of my own that I’m pushing and developing, scripts that I’m working on, collaborating with a writer on another movie, producing a movie with Josh Gad next year. It’s called Super-Normal, and it’s been bought by Netflix, and at the moment the script is being developed. We’re really excited about it. Josh and myself are going to star in it, as well as Daisy Ridley. We’re both producing, so that’s exciting. That’s a new venture for me. And I like to mix it up, do the big movies and then do the small independent movies.