Inked-up skin is in — and there are a few new options for sporting pieces from Hollywood-favored tattooers, with or without going under the needle. Renowned Danish body art shop Iron & Ink Tattoo Studios is making a mark in America with its first outpost on Melrose Avenue, while fashion designer Paul Smith and Swiss luxury watchmaker Hublot have tapped starry inkmasters Mark Mahoney and Maxime Plescia-Büchi, respectively, for stylish collaborations.

Drake, J. Balvin and several L.A. Rams football players are among the famous clients of Copenhagen-based Iron & Ink Tattoo Studios, founded in 2010 by entrepreneur Hawaro Juuland (who emigrated to Denmark as a Kurdish refugee at age 3) and boasts four locations in its native Denmark. “A lot of our clients were flying in from L.A.,” Juuland tells The Hollywood Reporter, a major factor that convinced he and co-owner Rasmus Cort Hansen to make their tattoo parlor’s stateside debut on the West Coast.

If you’re into black and grey realism, keep your eyes open for updates on artists! This one was made by the talented @martinrothe at @ironinktattoo.cph ! #blackandgrey #blackandgreytattoo #tattoo #eye #tiger #ink #art

The company is known for its approachable vibe and modern interiors, and the L.A. parlor will feature Iron & Ink’s signature “clean, minimalistic and Nordic style because I want to keep the studio very transparent,” says Juuland. Beyond landing A-listers, he wants to be “the dream studio” for all, from parents seeking to permanently ink their kids’ names to serious tattoo collectors.

The shop’s artists can draw up traditional designs (think Sailor Jerry and Don Ed Hardy), realistic portraits, surrealist scenes, intricate tribal works and more. In addition to housing locally-based tattooists, Juuland says the goal is to set up a visa model similar to the special work permit he worked out with the government in Denmark in order to host international artists from around the globe.

Hansen and Juuland previously planted business roots in the U.S. with cruelty-free tattoo aftercare brand Sorry Mom (co-owned with Philadelphia-based inkman Myke Chambers), but they are relocating to L.A. to oversee their U.S. expansion, which Juuland says will include future locations in New York and Miami. Also in the works is a tech platform called Markd, a management tool that allows customers to connect directly with tattoo artists, while studios and artists can manage bookings and payments. 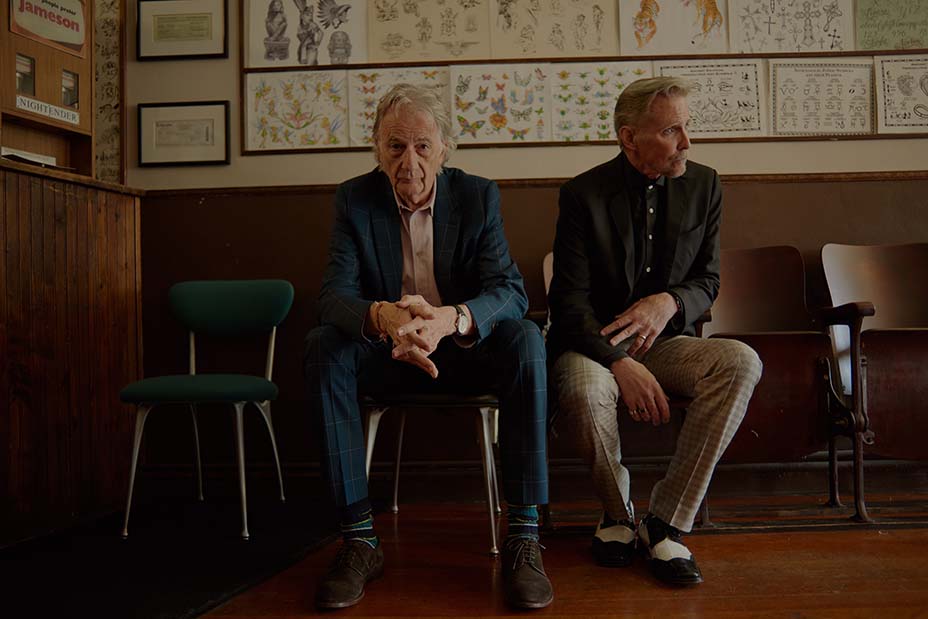 Mark Mahoney has imprinted Johnny Depp, Angelina Jolie, David Beckham and countless other stars in his famous fine-lined ink style, but trypanophobic fans of the Hollywood-beloved tattoo artist can now wear his illustrations on their sleeves sans the needlework. The legendary founder of West Hollywood’s Shamrock Social Club has been tapped by British fashion designer Sir Paul Smith for a capsule collection of women’s and men’s clothing, footwear and accessories emblazoned with his take on classic American tattoo motifs.

The fashion range ($195 to $850) is comprised of silk blazers, crewneck sweaters, hooded sweatshirts, tees, wool scarves, footwear and leather goods. L.A.-based Mahoney created custom illustrations for the line, including “Big Spender” in classic old-school script (printed on t-shirts, black leather kicks and zip-up boots) and the sailor-beloved swallow (embroidered on jacket sleeves, scarves and hoodies). There’s also a WWI-famous graphic that represented British and U.S. troops fighting side-by-side (used here as a symbol of the Brit designer and American tattooer’s partnership) and the WWII-era panther (stitched on the back of hoodies and more). 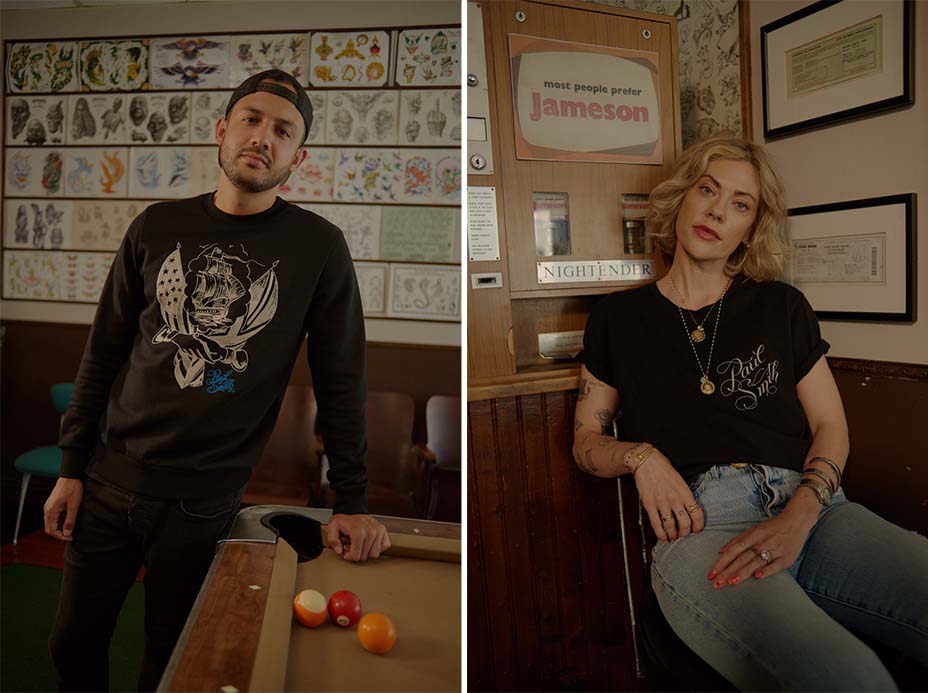 Switzerland-based luxury watch company Hublot has once again tapped Swiss tattoo artist and Sang Bleu founder Maxime Plescia-Büchi (Kanye West and Sophie Turner are among his clients) to dream up another face for its iconic Big Bang timepiece. The first collaboration launched in 2016, and Sang Bleu (which encompasses tattoo studios in L.A., London and Zurich; a magazine; a clothing label and creative collective) has previously collaborated with New Balance, Nike and Champion. 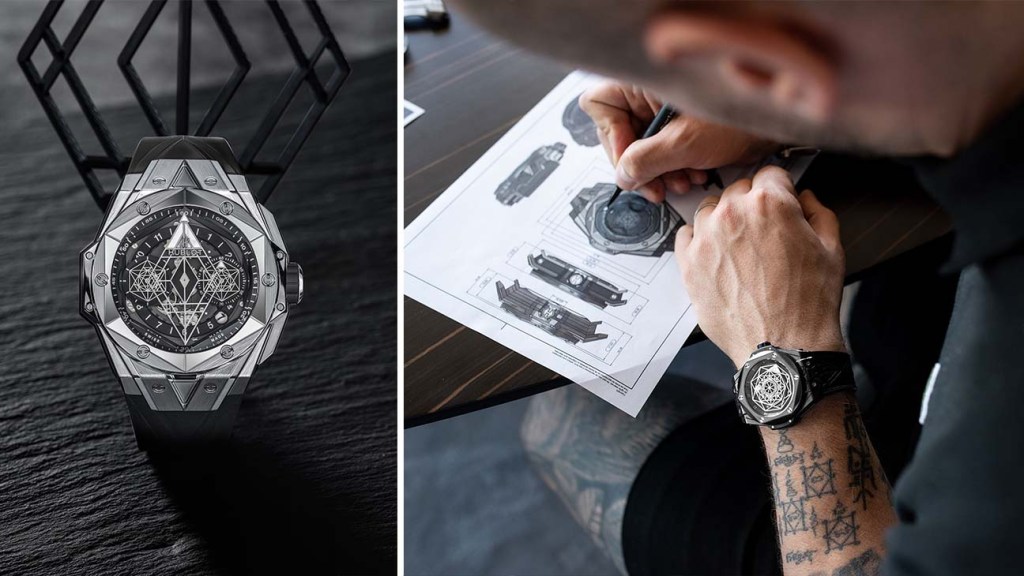