Mackenzie Davis, known for her roles on Halt and Catch Fire and Terminator: Dark Fate, is set to emcee a virtual live fundraiser gala, titled Alone, Together: A No-Gala, on June 4 at 6 p.m. PT to benefit One Girl Can, a nonprofit that provides scholarships and mentorship to female students in Kenya and refurbishes schools throughout the country.

To date, the group, which seeks to break cycles of poverty and impact gender equality, has provided scholarships (which include room and board) to 865 Kenyan girls, with 550 girls currently in school. Davis says that — because the group had to cancel its annual in-person benefit last April due to the coronavirus outbreak — the virtual fundraiser is critical for making sure the girls’ educations aren’t interrupted.

“The girls are out of school right now — all the schools have been shut down in Kenya. They do need to go back to school in September. Our worst nightmare is we get wrapped up in this crisis and then September comes and these girls we have made commitments to are left high and dry,” says Davis, whose mother, Lotte Davis, started the organization in 2008. The group, she says, “invests in girls who we hope will change the world or change their community. We’re educating girls so they can achieve positions of power that have been historically held by men.”

The fundraiser will include live interviews with two scholarship students in Nairobi — “We’ll check in with them and see how life is changed since the lockdown started and what they are thinking about all this,” says Davis — plus a live auction, silent auction and a live performance by Rainsford. Anyone is welcome to join the event.

Davis, who next stars in the rom-com Happiest Season opposite Kristen Stewart, due out in November from Tri-Star, has been to Kenya at least four times to support One Girl Can, visiting schools and meeting students. She traveled there most recently last year for a 10-day trip which included a three-day conference in Nairobi focused on goal-setting, entrepreneurial skills and financial planning. 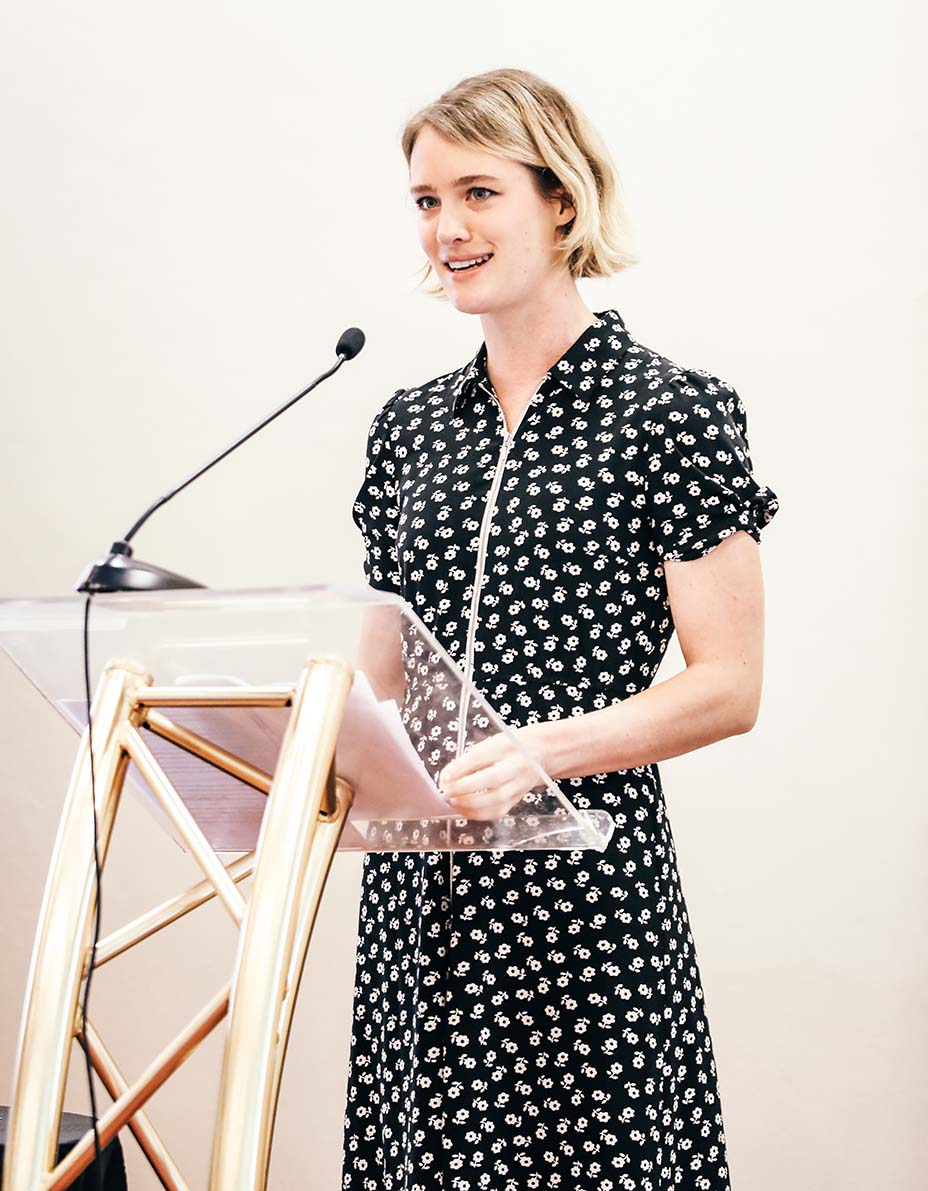 “It was a really interesting experience,” says Davis, who already knew the program well and personally sponsors scholarships for four student, including Pauline (who wants to be a business tycoon), Sharon (who wants to be a neurosurgeon) and Irene (who wants to be a lecturer). “I felt like I was walking through the whole concept of One Girl Can and seeing how these girls grow. A number of these girls I had seen two years ago, and then I visited them at their school and they had just blossomed. They turned into these incredibly ambitious, gregarious characters eager to talk about everything they wanted to do in the world. Two years ago, they were these shy girls. It was a visible arc of growth.”

All donations go directly to girls’ scholarships. “My parents have a hair care company and that company takes care of all the administrative costs of running the program. There’s not a cent paid to a salary, to anything other than girls’ education and refurbishing schools,” says Davis, whose mother is originally from South Africa. “It happened kind of organically. She was looking to do something focused on gender equality. She started working with an organization that happened to be based in Kenya that was focused on education, not specifically girls’ education. Through working with them, she started One Girl Can.”

For the last few months, Davis has been sheltering at home in Los Angeles. “I think you sort of weave between feelings of a strange normalcy and then sudden dread that this shouldn’t feel normal, that you aren’t doing enough. I’m trying to stay quite engaged,” she says, admitting that amid the coronavirus pandemic, “It’s tough to fundraise for things that aren’t directly healthcare.”

She stresses that, “Even though there’s a huge crisis going on, we must not let COVID-19 leave these girls without access to the education they were promised. Girls’ education should not be treated as second tier to whatever the most pressing crisis of the day is. We should treat all of these things as emergencies as well.”