In addition to being known for his hit singles “Thrift Shop” and “Same Love,” American rapper Macklemore is apparently recognized by some for having a “Hitler Youth” haircut — long on top and shaved on the sides.

The term for that hairstyle was first brought to light in a New York Times article published in 2011, notes BuzzFeed. In 2016, The Washington Post also reported that the haircut has long been associated with Nazis and white supremacists.

And on Tuesday, someone took to Twitter to call out Macklemore for sporting such a ‘do. Jon Hendren, whose handle is @fart, pointed out that Macklemore (nee Ben Haggerty) has “the chosen haircut of the racists.” Hendren then asked the performer to “get online and denounce his own haircut.”

To which Macklemore responded, “Got rid of it over a year ago.”

Got rid of it over a year ago

Indeed, a quick search on Getty Images shows the rapper now sporting a buzz cut. A number of followers thanked him for his decision, with one fan writing, “He mackled less, for our sake.”

Macklemore… Welcome to the resistance.

He mackled less, for our sake

Though Macklemore has stayed relatively mum surrounding about the news, he did retweet writer and civil rights activist Shaun King’s tweet honoring 32-year-old “American martyr” Heather Heyer, who died after a white supremacist drove into a group of anti-racist protestors. 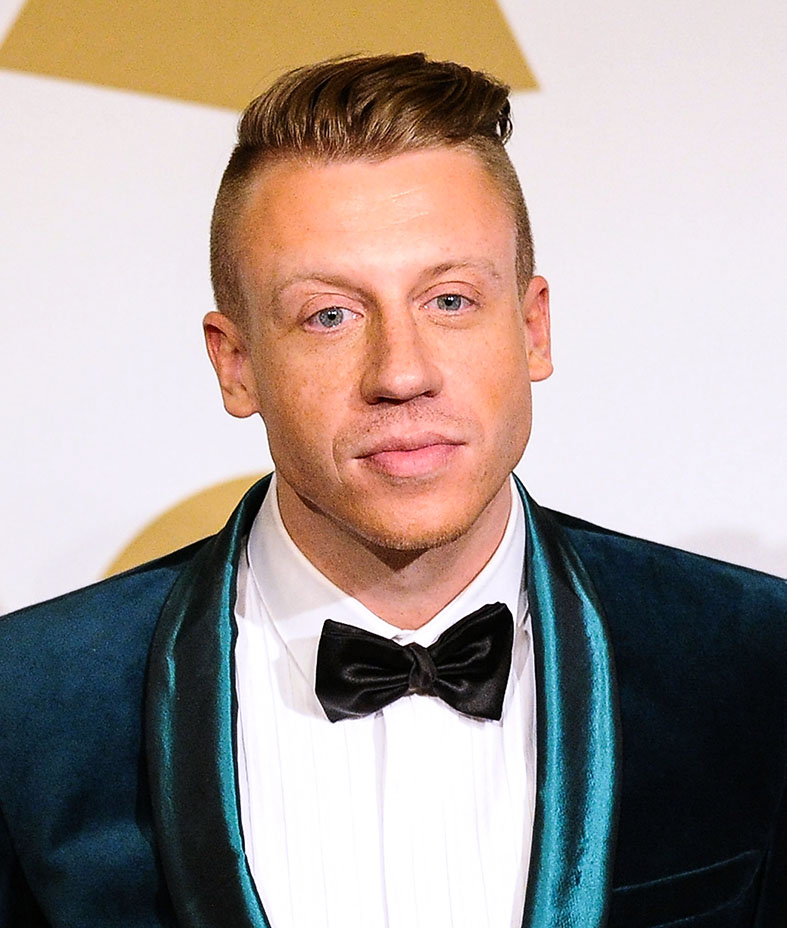