Costume designer Janie Bryant brought vintage style to a mass audience with her work on the AMC series Mad Men, and now she’s bringing it to the mass market.

Bryant is launching a capsule collection with the Burbank-based clothing manufacturer and store Unique Vintage, including 12 vintage-inspired dresses and separates from the 1950s that will go on sale Sept. 25.

“It’s the first time since Mad Men that I’ve gotten to design a fashion collection that’s truly vintage-inspired,” says Bryant, who most recently completed the 1930s-era Hollywood drama The Last Tycoon for Amazon.

“The 1950s is one of my all-time favorite time periods besides French baroque,” notes Bryant, who started out working as a fashion designer and has done several brand collaborations during her costume design career with Banana Republic, Brooks Brothers, Shoes of Prey and Black Halo.

The Janie Bryant for Unique Vintage collection, $68 to $188, is “based on some of my favorite vintage pieces, things I have found and collected, and others that I have sourced for film and TV,” she says. 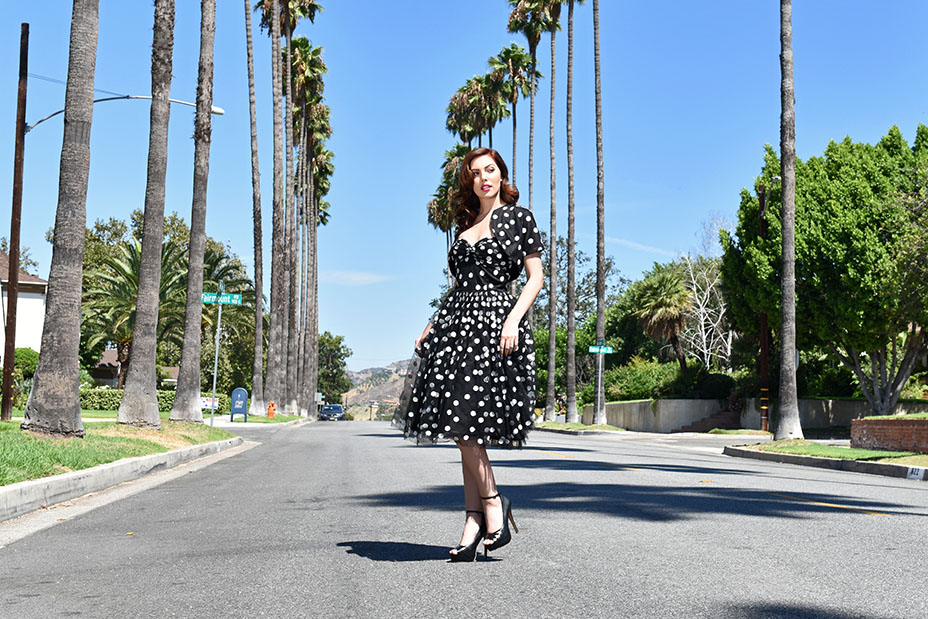 The 1950s remain appealing to women as a fashion decade because the silhouette accentuates the bust, waist and hips, says Bryant, whose favorite piece from the collection is a strapless polka-dot tulle dress with sweetheart neckline. Other styles include a deep-red ribbon swing skirt, a skirt suit and more dresses.

Katie Echeverry founded Unique Vintage in 2000 as a vintage-clothing business and then transitioned it into a vintage-inspired clothing business designing and manufacturing styles inspired by flappers, pinups and more, in sizes to fit modern bodies, from XS to 4X. By 2008, she had opened a store in the heart of Burbank’s retro row on Magnolia Boulevard.

When Bryant’s agent reached out about a collaboration, Echeverry jumped at the chance. “We’re all huge fans. … What Janie created for Mad Men was great for our business because it introduced vintage style to people not thinking of dressing that way prior and pushed customers to our store,” she says. “We had nice growth during that period.” 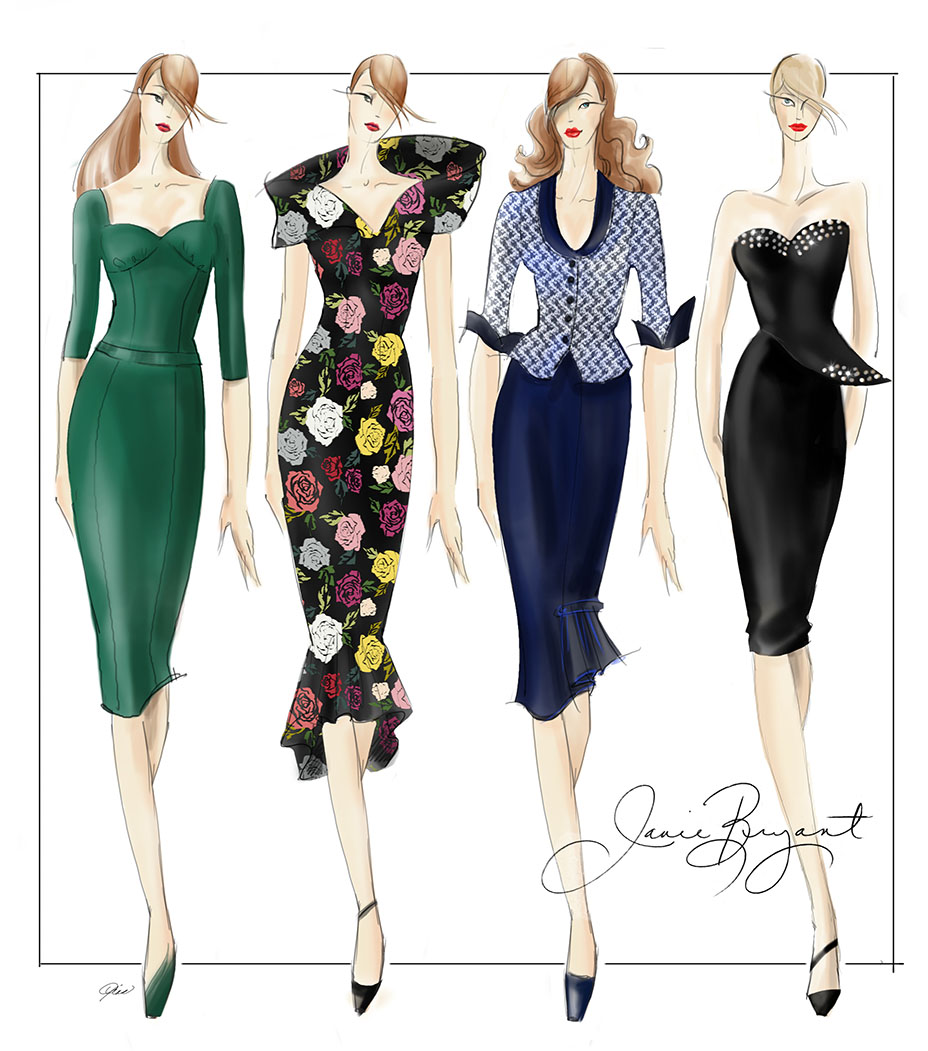 The business of retro clothing is booming, she adds, sharing that her sales have grown 38 percent in the last year, with customers gravitating most often to the looks of Lucille Ball, Audrey Hepburn and Marilyn Monroe.

“A lot of our customers and our inspiration comes from throwback Hollywood,” Echeverry says. “And a lot of that was created by costume designers. So for us to get inspiration from a costume designer and be able to reproduce something in an affordable way, it feels right.”