“I’ve been wanting to do a menswear line for over a decade,” says Janie Bryant, the Emmy-award winning costume designer behind Mad Men.

“Taylor is such a huge fan of Mad Men, and I’m a huge fan of menswear,” Bryant says of the organic start to the collaboration. “It’s like a dream come true for both of us.”

Mad Men was a huge point of inspiration when designing the line, but other influences can be seen in the clothes as well, like Bryant’s work on HBO’s post-Civil War Western Deadwood. “We wanted to be inspired by the ’60s, for sure, and Don Draper; I love the 1960s for menswear,” she says. “But my love of menswear really started when I was designing Deadwood; that’s such a menswear show. There’s a lot of influence from the 1930s and the 1940s as well, like our Bogie white dinner jacket ($1,125) and the Fitzgerald shirt ($150) with the blue and white pinstripe. And I was really inspired by Hollywood and cinema and filmmaking.” 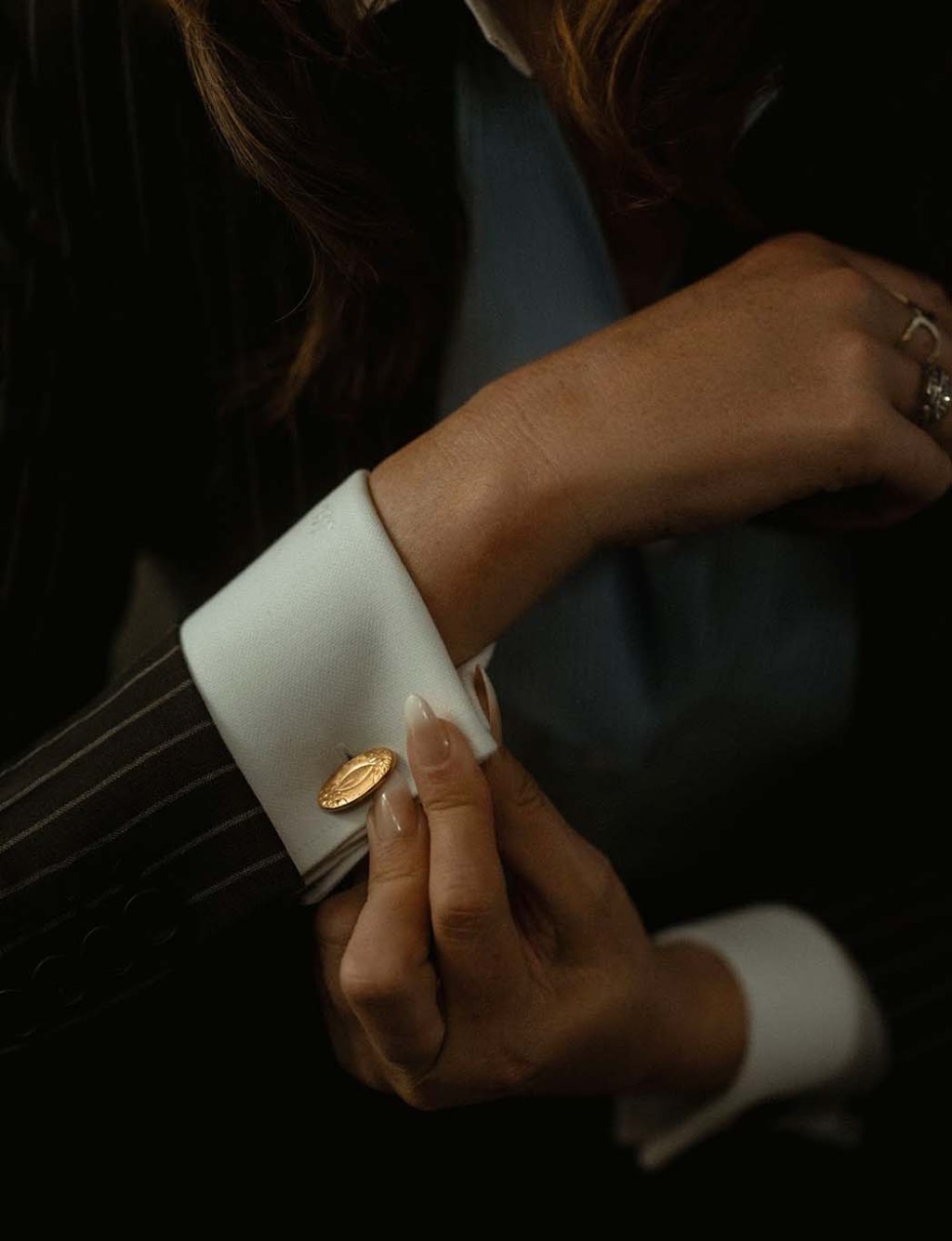 With this collection, Bryant aimed for a warm and masculine feel, especially when picking colors. “I wanted the collection to feel like you would be enveloped by these beautiful clothes,” she continues, “so I just loved the idea of using this very masculine palette mixed with blues. I always think blue is the most flattering color on any skin tone, any man, it’s the best color for them. And of course, because I love glamour, there’s the inspiration from Hollywood glamour in menswear too.”

Designing a collection during a pandemic was not without its challenges, but Bryant happily reports that the team experienced few hiccups during the process, from concept to launch.

“We really had no delays, it was pretty amazing,” Bryant says. “Taylor works with really the best manufacturers, so it was pretty buttoned up. We had such a great design session. I had already done my design inspirations, my design book, before Taylor and I had our actual in-person meeting, and we had been doing a lot of Zoom calls. But we really needed to sit down face to face and look at all the fabrics, do all the colors together, really develop the line in terms of all the pieces we wanted to incorporate. So, we really did need to have that in-person design session together. I really prefer it, anyway; I’m a very hands-on designer, so I really love to be a part of that process. That was important to me.” 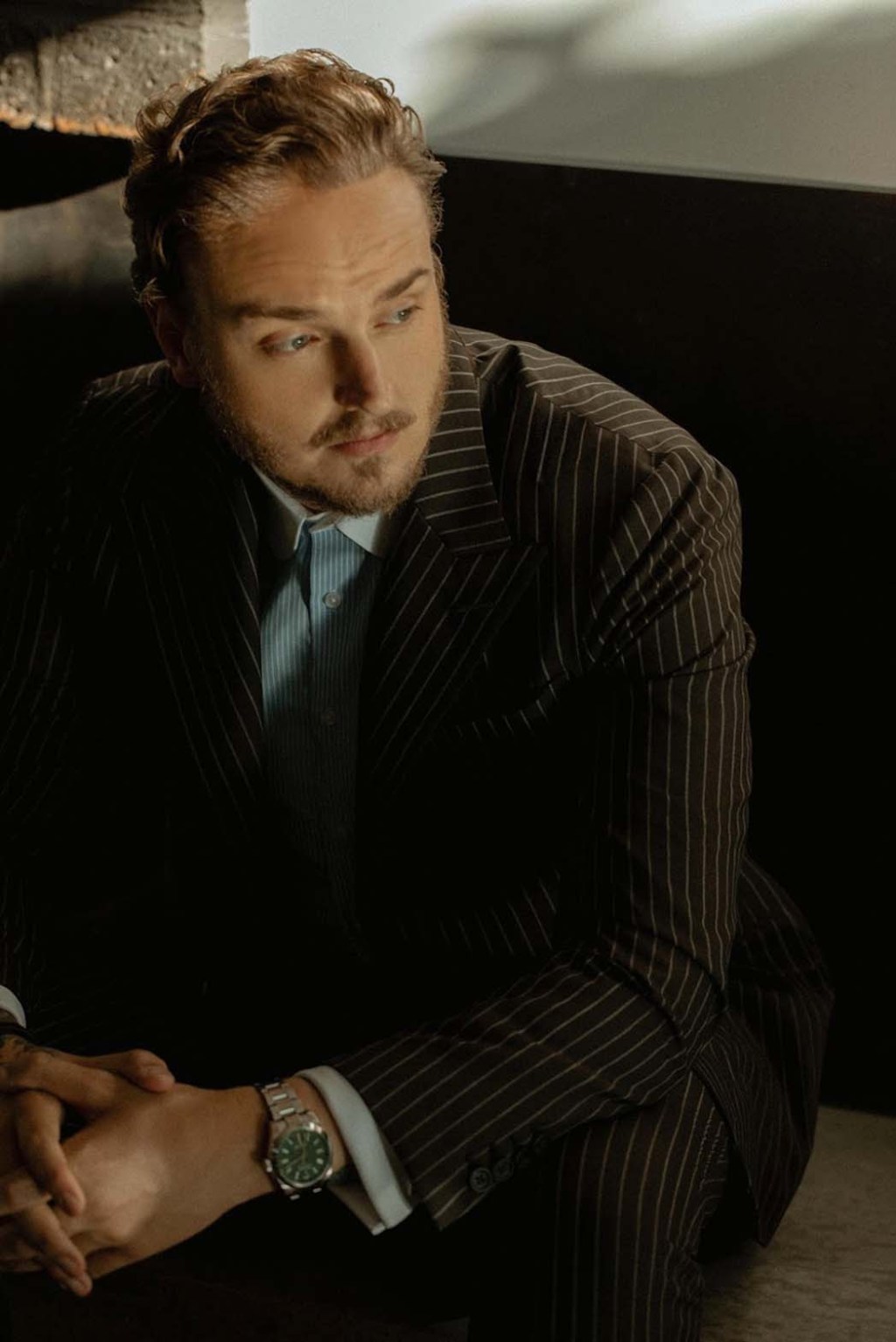 Bryant is now a partner in the Inherent Clothier company, and the collection will be an ongoing part of its offerings. Bryant hopes to continue to add pieces to it. Meanwhile, on the Hollywood front, she is currently designing the second season of CBS All Access’ Why Women Kill and recently finished designing FX’s The Old Man, starring Jeff Bridges and John Lithgow. 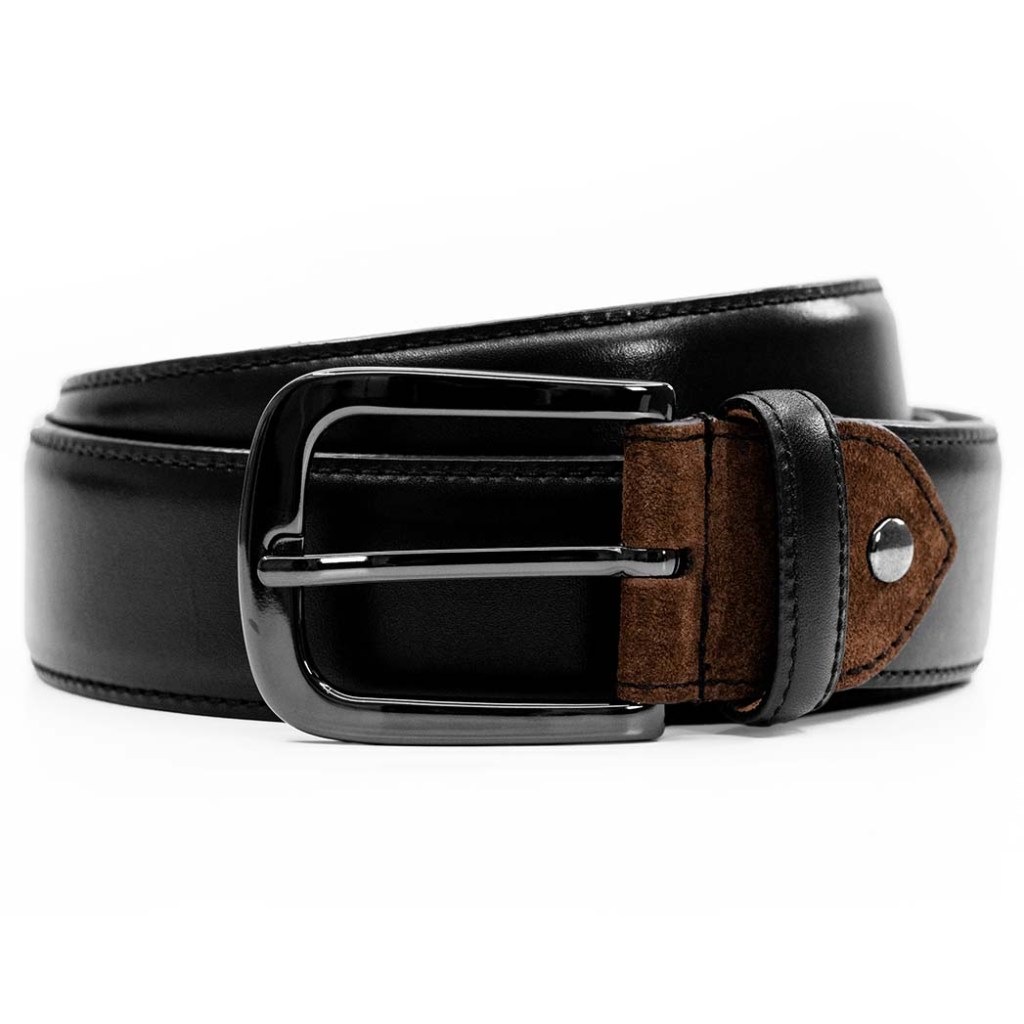