The exhibition, held at the Jean Prouve house at Maxfield, features 13 exquisite designs from the Artisanal range and offers a behind-the-scenes look into the designer’s creative process via mood boards accompanying each piece. Galliano himself did not attend the exhibition’s preview on Thursday night, but his extraordinary vision was present in the glass room that saw China Chow, Rainey Qualley and model Slick Woods in attendance. 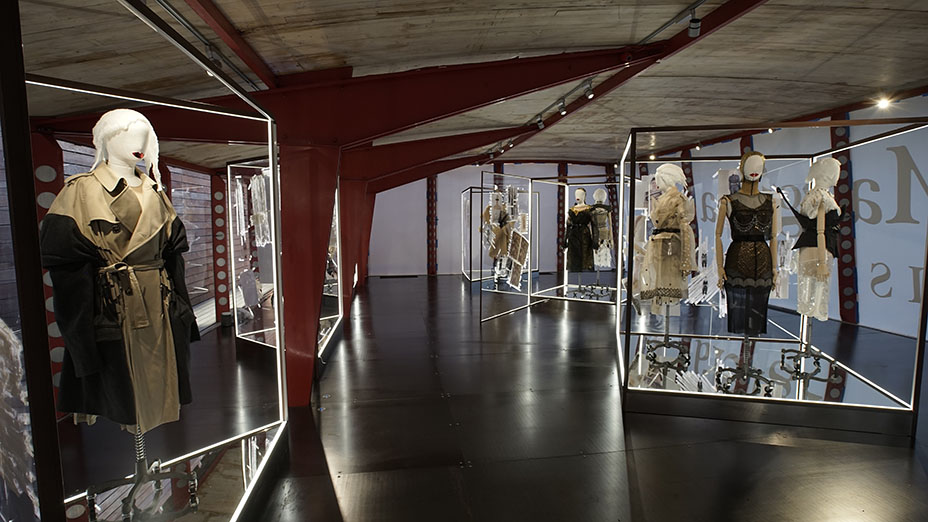 A few standouts included a gold lamé swimsuit underneath a crinoline and chiffon top with a bustier featuring chandelier crystals, worn on the runway with a chiffon pleated skirt by Bella Hadid; a knit bustier top paired with a feather skirt assembled with metal wires and Swarovski crystals; and a gold-painted feather dress under a crinoline coat, cut out to reveal the wearer’s collarbone (a nod to Elizabeth Taylor’s famous trench that revealed her shoulders, according to a rep for the label). 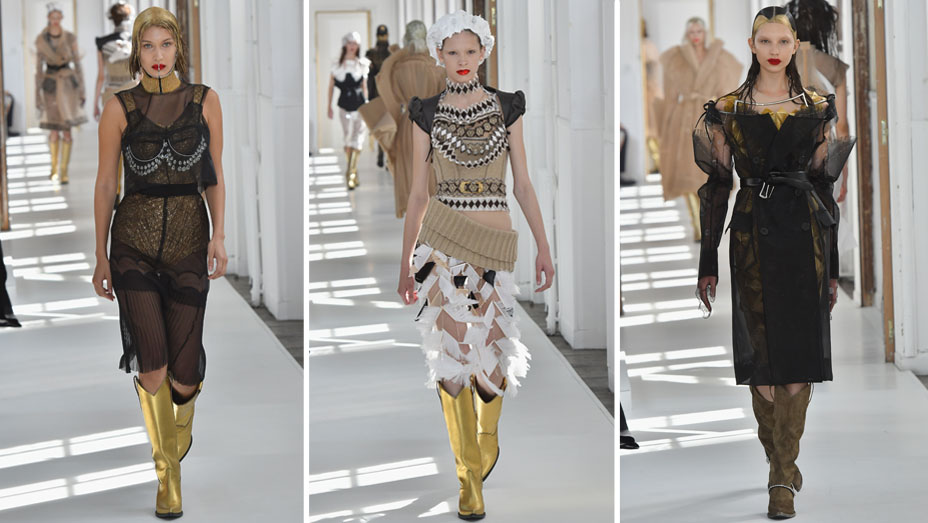 To coincide with the exhibition, Margiela released a limited-edition T-shirt ($390) featuring an animated face motif that draws on the selfie filters seen on social media apps (Snapchat’s puking rainbow filter, anyone?). Social media played a role in Galliano’s preparation for the collection, and runway look seven, which featured the same rainbow-vomit face motif on white tulle with layered cutouts and embroidery, is also on display alongside the exclusive tee at the Maxfield store.

Since being named creative director of Margiela in 2014, Galliano has been praised for his work at the Paris-based fashion house, which was founded in 1988 by Belgian designer Martin Margiela. 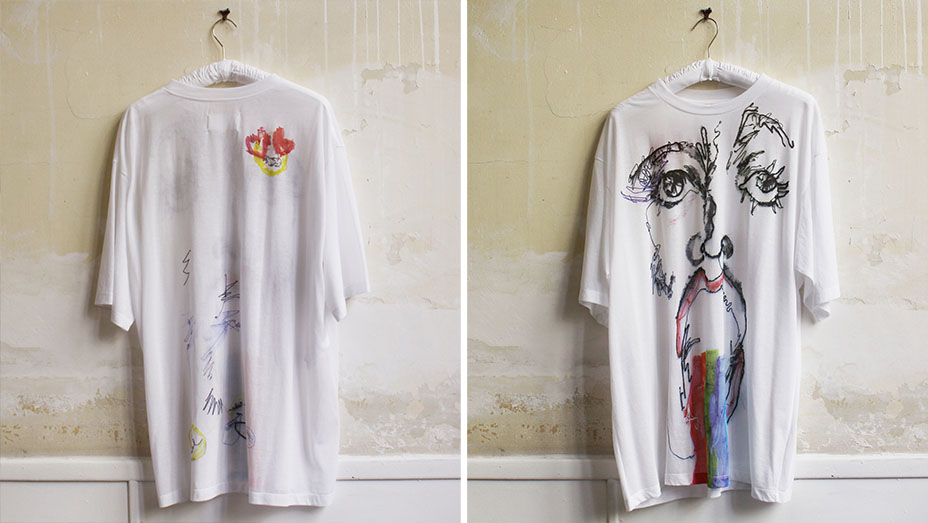 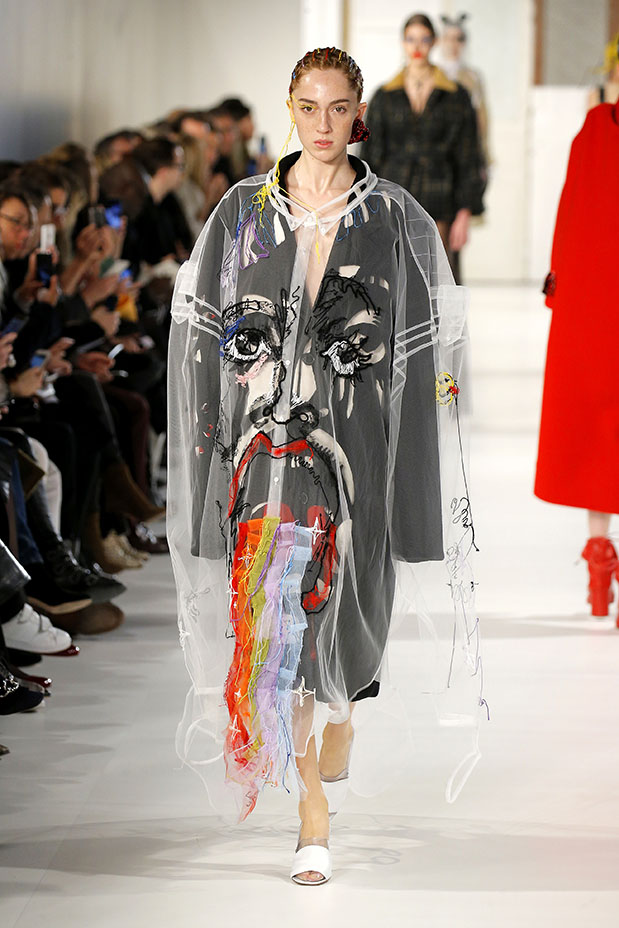