What would Marilyn Monroe’s “shelfie” look like? Which makeup products would Greta Garbo be using today? This is what the Makeup Museum wants visitors to think about when entering its first exhibition, in a space dedicated to bridging the gap between beauty stars of yesteryear and makeup lovers of today.

The museum, which is set to open in May in the Meatpacking District in New York, aims to tell the history of makeup by showcasing items from the beauty cabinets of stars like Monroe, Garbo, Audrey Hepburn, Dorothy Dandridge and Anna May Wong.

The museum’s first exhibition — called Pink Jungle: 1950s Makeup in America — will explore entrepreneurs, icons and artifacts of the decade. Tickets will go on sale in March and a wait list to sign up for early access is live. Tickets range from $25 to $45, with the opportunity to add on experiences such as master classes and beauty services. The exhibition will last for six months, after which it’s likely to travel to other parts of the country, though details have not been confirmed. 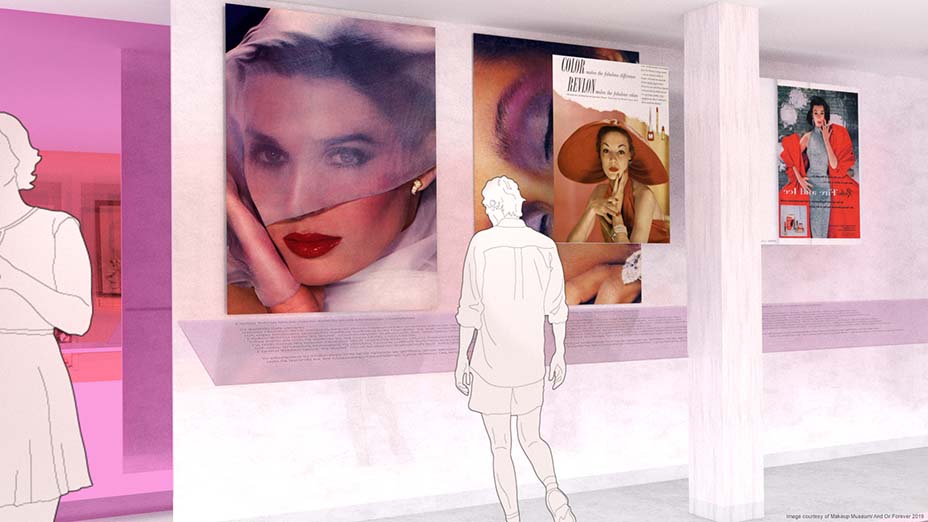 “The 1950s is a perfect time period for the Makeup Museum to start with in the debut exhibition, because the 1950s is the birth of the modern cosmetics industry,” says executive director and co-founder Doreen Bloch. “We’re going to be displaying one-of-a-kind items, something consumers have never seen before in public.” These include personal items (creams, powders and skin pastes) from Monroe and Garbo’s vanities. “Marilyn, to me, is still, today — not to overuse this word — such an icon. Gen Z, Boomer, everyone in between knows her. She’s such a special reference point,” says Bloch.

Rachel Goodwin, makeup artist to Emma Stone, Michelle Dockery and January Jones, also co-founded the Makeup Museum. “Our goal is to be able to house many exhibitions and immerse people in different time periods, and give people a really deep understanding in a very fun way, how integral the beauty aspect of each era was and how it played out,” Goodwin tells The Hollywood Reporter. “What I really do hope is that makeup artists get a museum that legitimizes their craft in a way that has not happened before. We’re called artists, but still seen as being on the fringe. I want to elevate the huge impact makeup artists have had on cultural norms and how they have shifted the way we see ourselves. I want to elevate them to fine art status.” 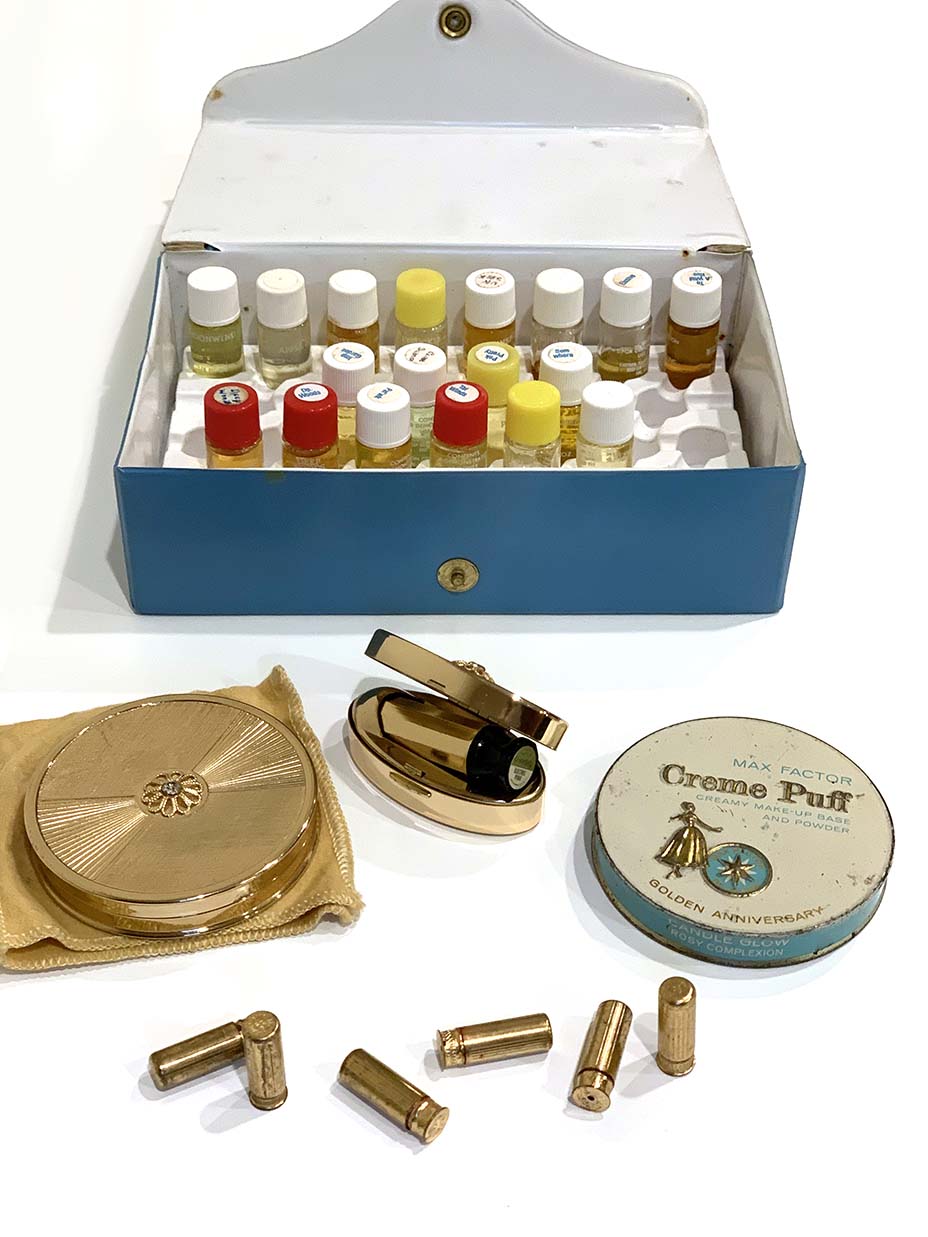 The museum is using knowledge of Monroe to create a “shelfie,” a showcase of all the products that would have lined her beauty shelf that she might have shared online, if Instagram been around in her day (and if she would have embraced it). “What would Marilyn look like, what kinds of brands would she be using?” wonders Bloch. “We have beauty receipts from Marilyn, and that gives a strong historical perspective on the brands she used,” such as the Max Factor Creme Puff foundation that will be shown.

She adds that even though it’s the Makeup Museum, they are also looking at tangential categories, like skincare, haircare and fragrances. So another item on display is Active Phelityl Intensive Cream, said to have been Monroe’s favorite moisturizer. According to Bloch, a jar of Erno Laszlo cream was found next to Monroe’s death bed, as seen in images from the Los Angeles Police Department taken at the time. “Dr. Erno Laszlo created Phormula 3-8 balm specifically for Marilyn to heal an appendectomy scar on her stomach,” adds Bloch. 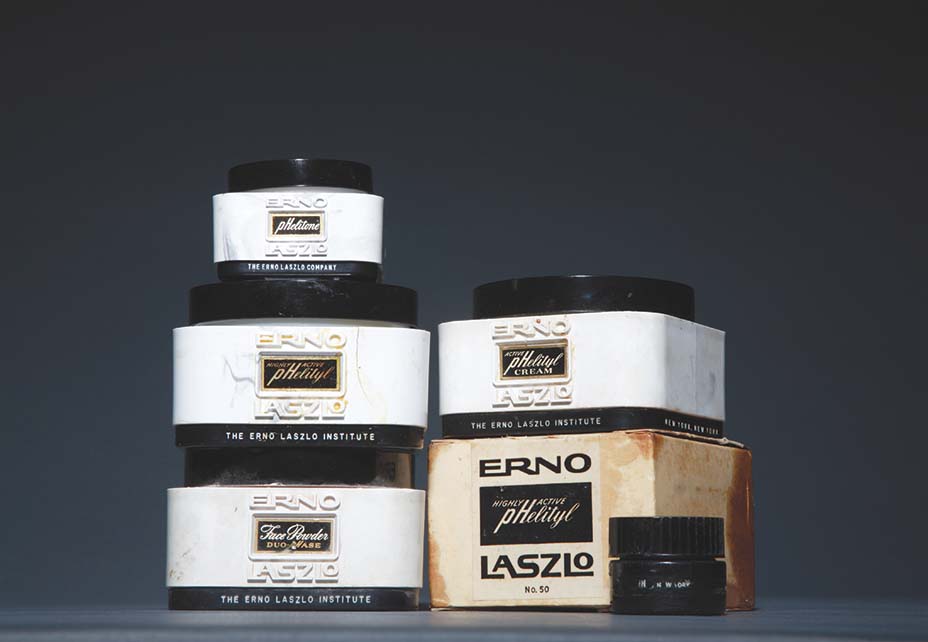 The exhibit will feature original bottles used by Monroe and Garbo, loaned to the museum by Erno Laszlo, where they have been part of the company’s corporate archive. Together with makeup purveyor Alcone, Erno Laszlo is a founding sponsor of the exhibition. “Dr. Erno Lazslo was the skin doctor for Marilyn and Audrey Hepburn and other incredible Hollywood talent. He was the one maintaining their skin,” Bloch tells THR. Erno Lazlo is going to be bringing back one of the products, Shake-It, for the exhibition in a limited edition run available for purchase on site. “It is the original no-makeup makeup that both hydrates and heals skin, and primes skin for flawless makeup coverage. The original primer, you could say,” says Bloch. 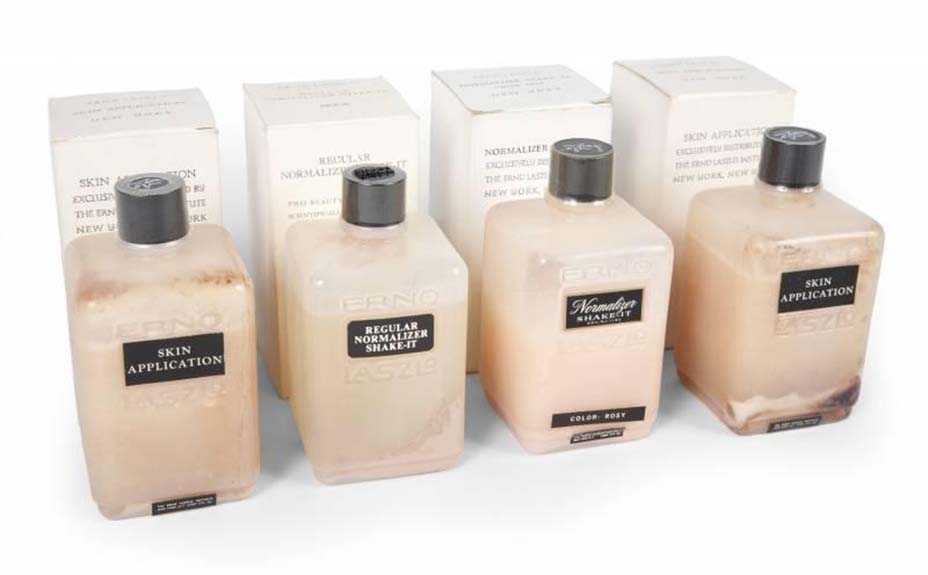 Dubbed the world’s first official museum centered on makeup, the Makeup Museum is working toward establishing a permanent physical space, but for now, it’s semi-permanent, with exhibitions planned to last for six months at a time.

“It’s about time we have a museum dedicated to the expansive history of makeup and adornment and, really, what I view as the original art form, which is painting our faces, painting ourselves,” says Bloch, CEO of beauty research company Poshly Inc., who also worked with Caitlin Collins (former editor of makeup.com) on the project.

Goodwin and Bloch hope to impart a greater appreciation for makeup artistry to the public, starting with the first exhibition beginning with the advertising and marketing imagery of the time. “The ’50s was a time of immense change,” Bloch says. “You have the advent of the color TV, which is game-changing for the makeup industry, where all of a sudden you can actually see the color of Lucille Ball’s lips in I Love Lucy, and how that impacted the sale of cosmetics. You see also how many rules there were at the time for how you were meant to use makeup.” She mentions the system of Max Factor, which prescribed four types of ways women should wear their makeup according to their hair color, as seen in rooms at the Hollywood Museum in Los Angeles. “We’re going to create a spin on that to shine a light on this system in a unique and modern way,” Bloch says. 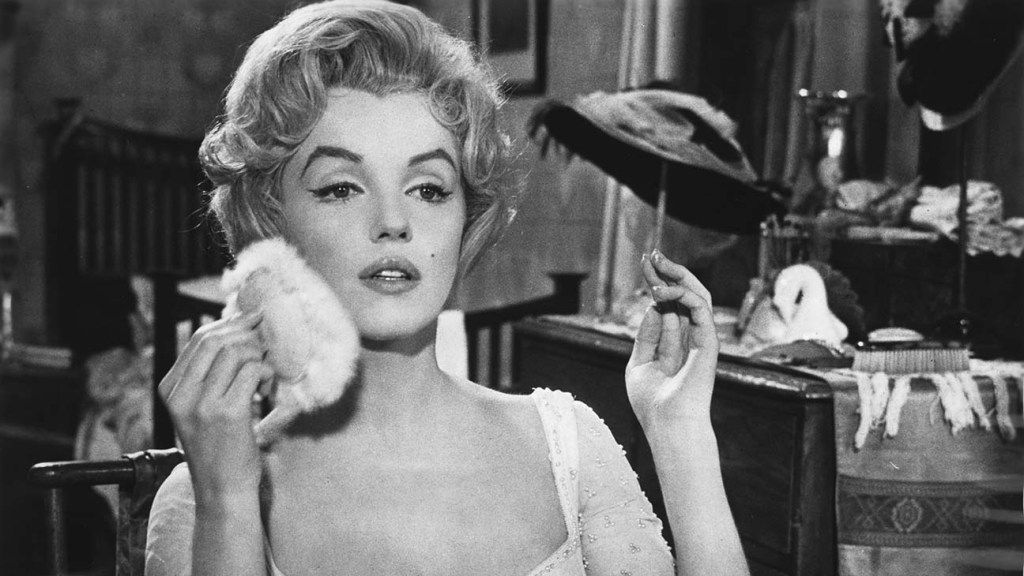 “The icons of the day, like Marilyn, Dorothy Dandridge, Greta Garbo, Anna May Wong, were critical in the dissemination of makeup as an acceptable tool,” she adds. ” Before the ‘50s, there was a lot of stigma related to wearing a red lip, but that became acceptable because of women onscreen.” The museum will showcase iconic looks from the era, particularly the cat eye. “Different women applied that look in their own way. For example, Marilyn often did a double wing on her lid in terms of the winged eyeliner.”

A later section of the exhibition will highlight entrepreneurs like Estee Lauder, Helena Rubenstein and Elizabeth Arden, “who really created the modern cosmetics industry,” says Bloch. And the center is hoping to create a VIP area where visitors can create their own shade of lipstick that fits into a 1950s color context. “It’s part of creating that dialogue through the industry, from brands to consumers to artists to those who are fans.”