Cultural appropriation is a hot topic of discussion in the world of fashion, but Marc Jacobs has always poo-pooed it. That is, until now.

Following his spring 2017 show last September, in which he sent a bevy of white models down the runway in pastel-colored dreadlocks, Jacobs was called out for appropriating the hairstyle traditionally worn by black women and men. Jacobs — who is notably a vocal spokesperson for the LGBTQ community — let the accusations roll off his back.

“All who cry ‘cultural appropriation’ or whatever nonsense about any race of skin color wearing their hair in a particular style or manner — funny how you don’t criticize women of color for straightening their hair,” he wrote on Instagram in response to the digital backlash, adding that the dreads were inspired by the hot pink locks of his friend, producer Lana Wachowski, who is a white trans woman. “I respect and am inspired by people and how they look. I don’t see color or race — I see people.” 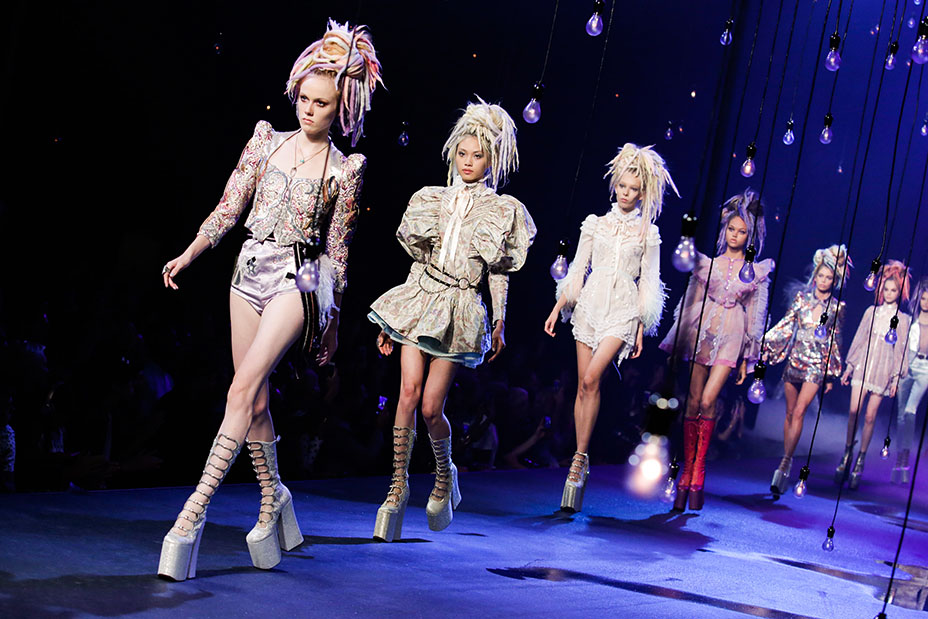 After some reflection, however, Jacobs appears to be singing a new tune. “It’s a very weird time,” Jacobs told InStyle for one of the September issue’s five cover profiles, which also included Selena Gomez and Stephen Colbert. “I feel disconnected, like I don’t see anything in this day other than the internet as being a thing. I feel out of touch with what today really looks like.”

He continued, “What I learned from that whole thing, what caused me to pause after it died down a little bit, was that maybe I just don’t have the language for this, or maybe I’ve been insensitive because I operate so inside my little bubble of fashion.”