It is finally happening. By far the Goop-iest 2020 Democratic presidential candidate, author Marianne Williamson (a self-described “bitch for God”) and actress/Goop CEO Gwyneth Paltrow (whose company has referred to Williamson as a “spiritual legend”) are having a public meeting of the minds next month.

On Thursday, Goop announced that Paltrow and chief content officer Elise Loehnen will be hosting a fireside chat with Williamson on Nov. 16 as the highlight of the first In Goop Health summit, to be held in San Francisco, accompanied by the opening of a permanent San Francisco brick-and-mortar Goop Lab store.

While Williamson is currently running near the bottom of the pack in the polls, and has yet to secure a place in the upcoming Oct. 15 and November debates, maybe her pairing with Paltrow will help her gain traction. What better antidote to the country’s spiritual deterioration than Goop-ification to go hand in hand with Williamson’s philosophies, as outlined in her book, Politics of Love?

While Paltrow would not comment to The Hollywood Reporter on her political leanings or on her forthcoming chat with Williamson, a Goop spokesperson told THR that “Goop/GP aren’t making any political endorsements,” adding that “GP is a huge fan, so this is an extension of that.”

Loehnen told THR: “In many ways, Marianne Williamson is O.G. Goop: She’s been beating a spiritual trail for decades and leading a global discourse on how we’re all connected to each other, to the planet and to the universal force of love. She is venerated not only for her clarity around the courageousness required to move societies forward, but her willingness to step into the middle of difficult and triggering conversations and blast the fog of fear away to reveal the higher, though not always easier, path.” 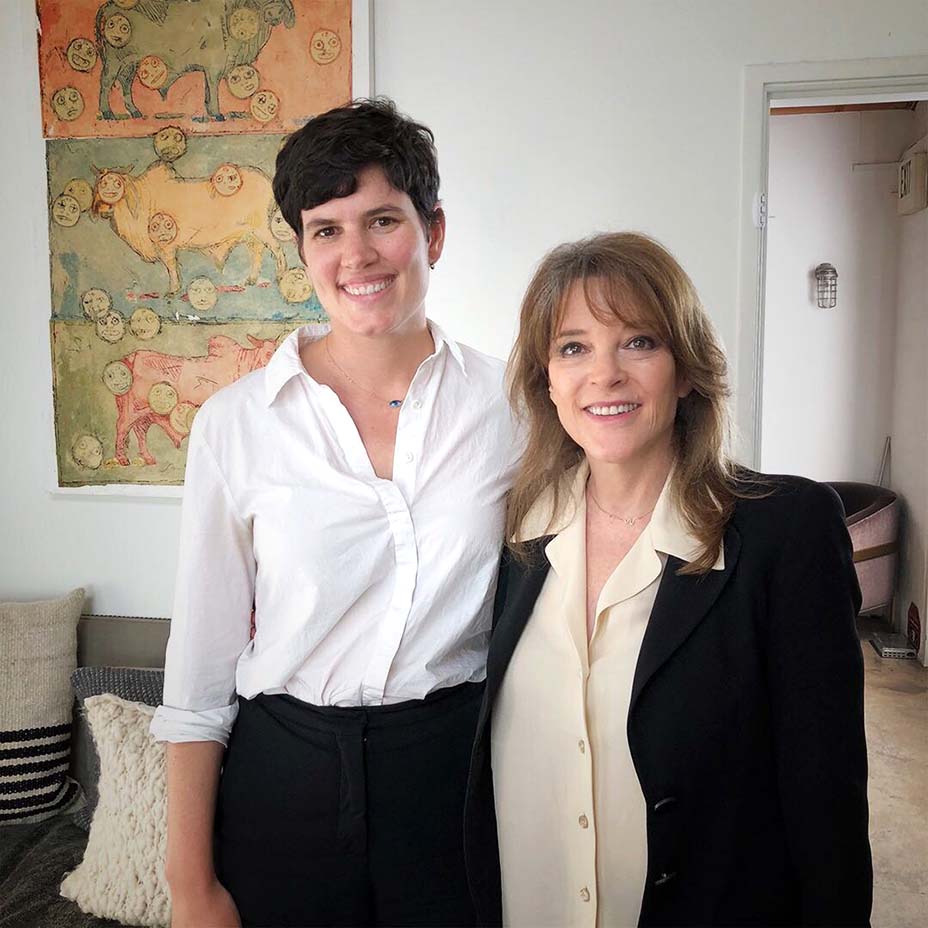 Last July, Goop released a Podcast with Williamson titled “Who Are You in Crisis?” and the introduction on the site reads, “Williamson urges for compassionate resistance, real maturity, and a greater understanding of the dichotomy that is built into the DNA of America. Her insight into crises — and the people she sees us becoming on the other side of it — lights a fire.”

As at previous summits, In Goop Health will feature a mix of panels and workshops that explore the philosophies and products touted by Paltrow’s wellness company, including a retail hall with a “wellness boutique” and “clean beauty apothecary.” Workshops and activities will be held in six spaces themed Think, Glow, Move, Restore, Feel and Reinvent. The day will zero in on “issue-focused talks with leading doctors, scientists, entrepreneurs and boundary-pushing celebrities,” according to a press statement, as well as wellness sessions, from dreamwork to trampoline bounce classes.

Some of the pros confirmed so far include palliative care specialist (and Oprah favorite) BJ Miller and Paltrow’s facialist Anastasia Achilleos. Sophia Bush will join the likes of mindfulness and compassion expert Shauna Shapiro and the environmental author Tatiana Schlossberg, granddaughter of John F. Kennedy.

Tickets for the daylong symposium, which run a steep $1,000, are available starting today at Goop.com.

After hosting a number of pop-ups in the past couple of years in the Bay Area (where the company is reported to have its fourth-most engaged market), Paltrow’s lifestyle brand will open the doors of a permanent Goop Lab at 2121 Fillmore Street in November, around the same time as the Goop summit. New York-based architecture and design firm Ronen Lev is designing the 1,500-square-foot space, which will be the company’s fifth permanent location, joining Los Angeles, New York, London and a space at Montecito’s Rosewood Miramar Beach hotel.

Bay Area shoppers can expect the curated boutique to be stocked with luxury products (a mix of Goop-branded merchandise and other labels) including clothing, accessories, beauty items, gifts and homewares.

Marianne Williamson on Third Democratic Debate: "I'm Not Surprised They Tried to Keep Me Off That Stage"