Continue to The Hollywood Reporter SKIP AD
You will be redirected back to your article in seconds
Skip to main content
November 17, 2018 7:36pm

Marilyn Monroe made history on Saturday, when her 1961 Golden Globe for World Film Favorite Female was put on auction and ultimately sold for an astounding $250,000, making it the top-selling Golden Globe sold at auction.

The award was put on the block at Julien’s Auction’s Icons & Idols: Hollywood, which took place Friday and Saturday. The late starlet’s 1956 Raven Black Ford Thunderbird was also sold for the first time in history for $490,000. Other iconic items connected to Monroe that went under the hammer this weekend included the black satin blouse with matching necktie Monroe wore to a press conference at Los Angeles Airport on Feb. 26, 1956. that sold for $43,750; her copy of Playboy’s first issue with Monroe on the cover signed by publisher Hugh Hefner that sold for $32,000; Monroe’s iconic black-and-white checkered pants that sold for $31,250; and many others.

Monroe wasn’t the only Hollywood figure whose items made splashes at the event. A collection from fashion and costume designer Bob Mackie hit the auction runway with a selection of the nine-time Emmy-winning icon’s ensembles worn by Cher on The Sonny and Cher Show and Cher. Sharon Tate‘s wedding dress — an ivory silk moire mini ($25,000-$50,000), worn to her 1968 marriage to Roman Polanski in London — was also present. 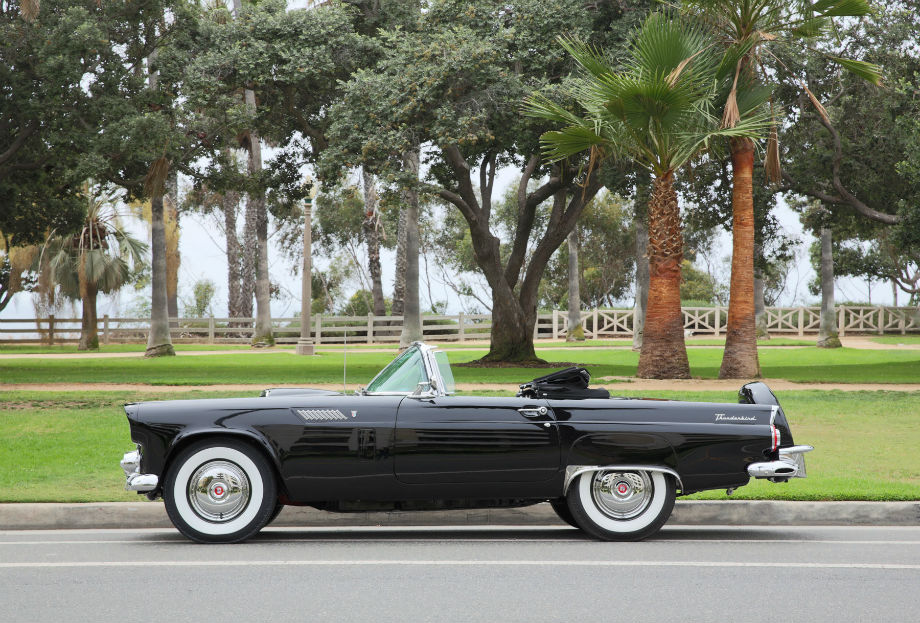 Additionally, late Marvel Comics creator Stan Lee — who died Monday at the age of 95 — was represented at the auction with a rare collection of signed work by Lee featuring a custom-bound one-of-a-kind hardcover book of the first 10 issues of The Amazing Spider-Man, Strange Tales Annual #2, and Amazing Fantasy #15 (Marvel Comics Group, 1962-1964) that sold for $19,200; and Lee’s autographed copy of Amazing Fantasy #15 (Marvel Comics Group, August 1962), featuring the first appearance of Marvel’s most famous character, Spider-Man, that sold for $38,400.

A complete military uniform ?worn by Tom Hanks in his Oscar-winning role as his title character in Forrest Gump, Roy Rogers’ “Nelly Belle”1946 Willys-Overland Jeep, George Clooney’s bat cowl worn as the Caped Crusader in the third installment of the Batman movie franchise Batman & Robin and Jeff Bridges’ famous four-piece ensemble worn as his character The Dude in The Big Lebowski were also sold.