“I’m like right in the middle of your interview — I love it!,” cried Los Angeles style doyenne Lisa Eisner as she greeted designer and Hollywood progeny Marin Hopper at the cocktail-party debut of Bergdorf Goodman’s pop-up shop spotlighting the Hayward and Hopper collections Thursday night in Manhattan. The shop will remain open through March 26. 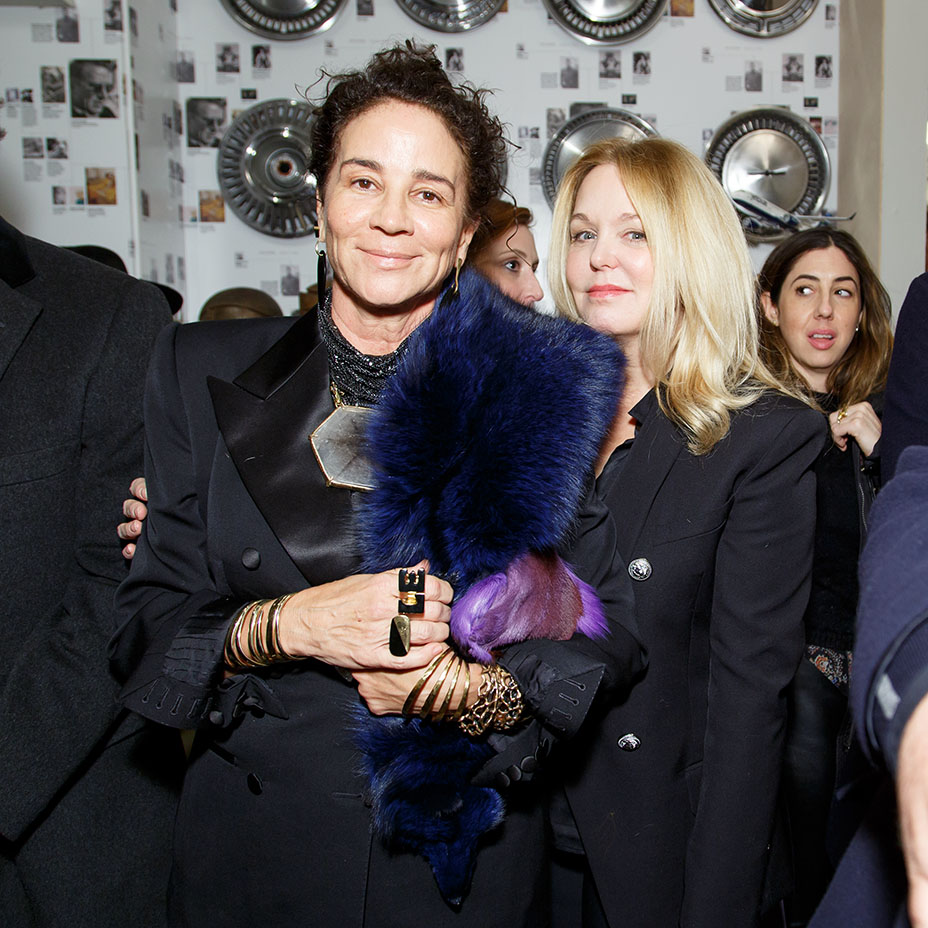 Eisner and her husband, entertainment lawyer Eric Eisner, had stopped by on their way to the Tom Ford women’s fashion show at the nearby Park Avenue Armory. As the crowd surged, Hopper had been explaining in staccato sentences about the origin of the collaboration with Bergdorf’s before Eisner got between me, my tape recorder and the designer.

Move Over Giorgio, Tom Ford is The New King of Beverly Hills

“It’s very exciting because every season Bergdorf’s comes to Hayward House to buy the collection,” Hopper said, referring to her own store-cum-showroom on the Upper East Side, where the Hayward handbag and Hopper unisex clothing and accessories collections are displayed alongside furniture and artwork from Hopper’s legendary Hollywood heritage. “The environment has been so successful that we just thought we’d bring it here and everything is for sale — the furniture, the art — along with the accessories.” 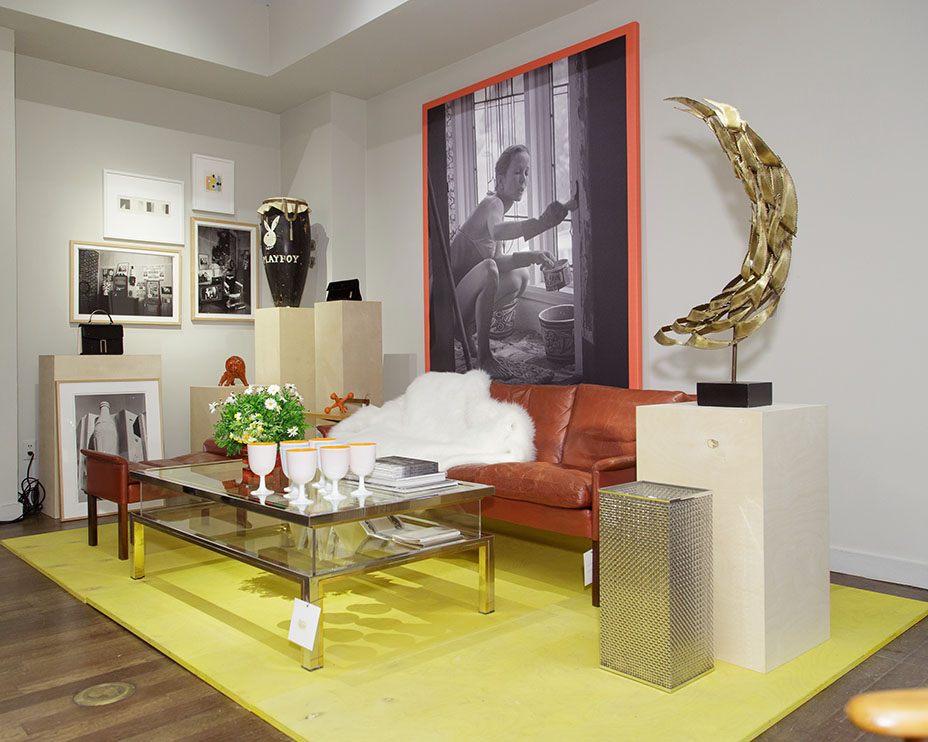 And it’s a formidable heritage. Hopper’s famous parents are the author Brooke Hayward (whose classic book Haywire chronicles her own life as the daughter of true Hollywood royalty, agent and Broadway producer Leland Hayward and iconoclastic actress Margaret Sullavan) and the late actor and photographer Dennis Hopper. The ‘60s union of her parents was also illustrious, with her childhood home at 1712 Crescent Heights Blvd. the center of a circle that included the likes of Jane Fonda and Roger Vadim, artist Jasper Johns, Ike and Tina Turner, and designer Rudi Gernreich. The couple also hosted Andy Warhol during his early excursions to L.A., and Warhol’s 1964 screen test of Hayward and Hopper is featured in one of the store’s windows to celebrate the partnership. 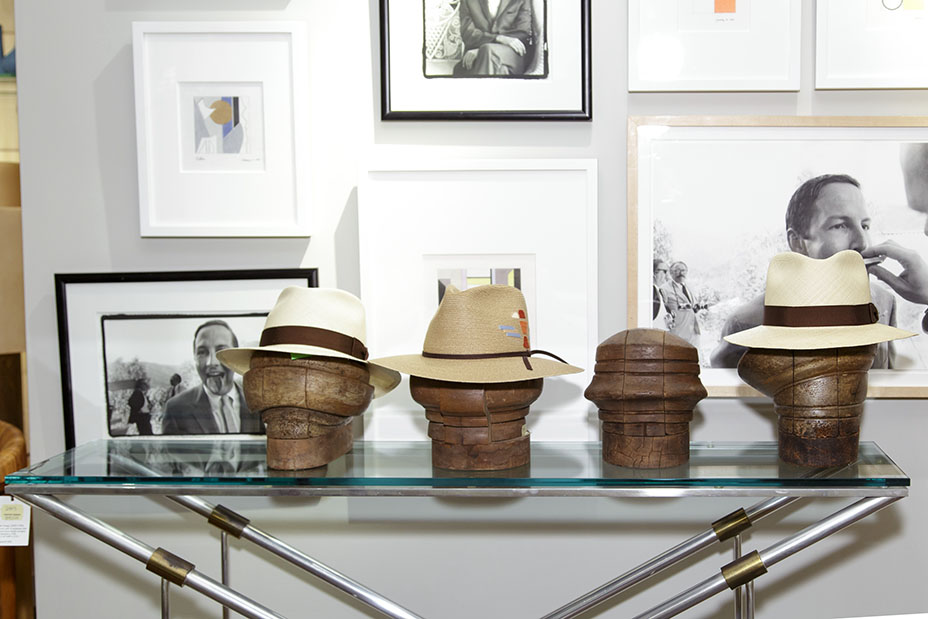 Hayward made only a fleeting appearance at the party and her childhood friend Fonda, who had planned to co-host, was home in bed with the flu. Spotted in the crowd, though, were L.A. style-setters like Lily Lodge’s Ariana Lambert Smeraldo, and Decades’ and QVC’s Cameron Silver, looking over the colorful handbags, embroidered T-shirts, sunglasses, tabletop wares and fine jewelry from the current Hayward and Hopper collections as well as curated photographs, artwork, furniture and assorted heritage items, down to even Dennis Hopper’s record albums. On one wall, a collection of circular medallions turned out to be, upon further inspection, vintage hubcaps.

“I personally curate from vintage California style,” Marin Hopper said, “and some of it’s midcentury, some of it’s ‘70s, ‘80s.” The hubcap display was inspired by the late artist Tony Duquette, a family friend who often repurposed found objects into his artwork. “He was just so masterful at combining the high-low and making something great out of it.” 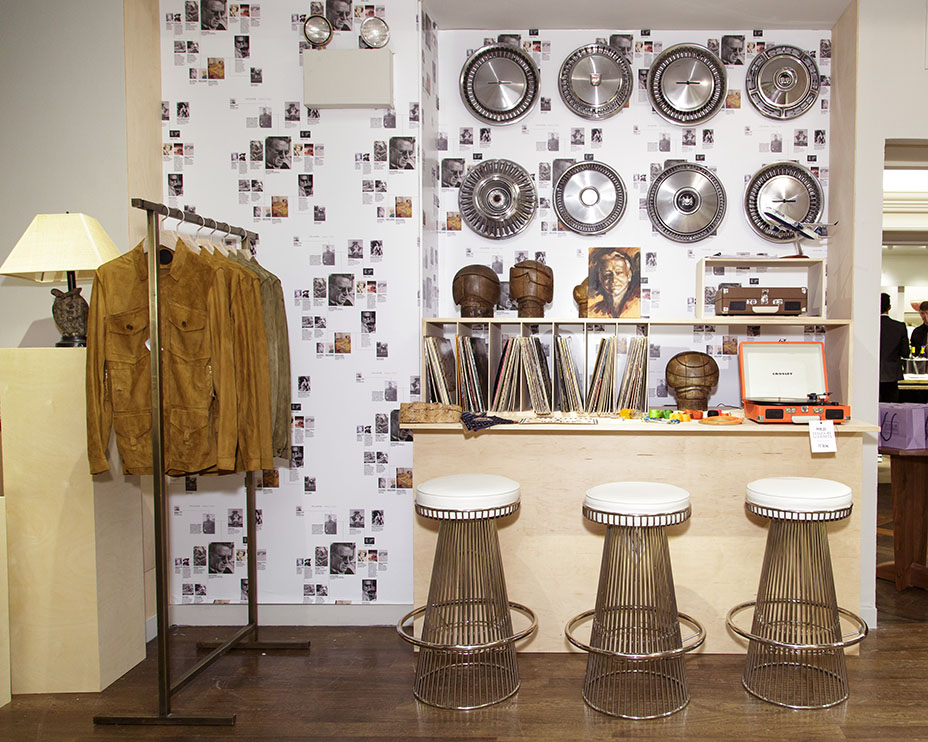 “It’s a true story. It’s a genuine story. It’s a heartfelt story. It’s an American story,” Hopper continued, clad in a blazer, stirrup flares and pointy white boots. “All the bags are made in America. It’s really fun to show a different side of America.

“My father used to tell me all the time — I’d say, ‘Dad, you’re such a great collector’ — he had such a great instinct for great collections,” she remembered. “He said, ‘I just buy what I love. Never buy because of value. Only buy what your heart tells you [that] you love.’ And that’s what the Hayward-Hopper story is about.”