Some have compared it to a cinnamon bun and others, a UFO — but on Wednesday night the Frank Lloyd Wright-designed Guggenheim felt most like a solar system. While caviar-garnished amuse bouche and flutes of Veuve circulated at a Dior-hosted pre-party for the museum’s International Gala, guests including Marion Cotillard, Alexa Chung, Dope actor Shameik Moore, Chvrch’s Lauren Mayberry and Makenzie Leigh moved round and round the museum’s curved concrete ramp — setting into an orbit that revolved around R&B singer Banks, who lit up the space with a performance just after 10:30 p.m.

“This is a place I visited when I first came to New York,” designer Rachel Roy told Pret-a-Reporter just after bumping into designer pal Wes Gordon. “My brother started his career taking tickets at the Guggenheim and now he is chief curator of the MoMA, so I have a soft spot for this space.”

Hannah Bronfman was similarly nostalgic: “I grew up in New York and went to school right here, but I haven’t been back in a few years, so it feels so good to be here tonight,” she said. Dressed in a black and white leopard jacquard jacket and pants from pre-fall 2016, she noted her outfit was “something I tried on over the summer and thought ‘how could I afford this?’ and had to leave the store without it — so I’m really excited to be wearing it this evening.” 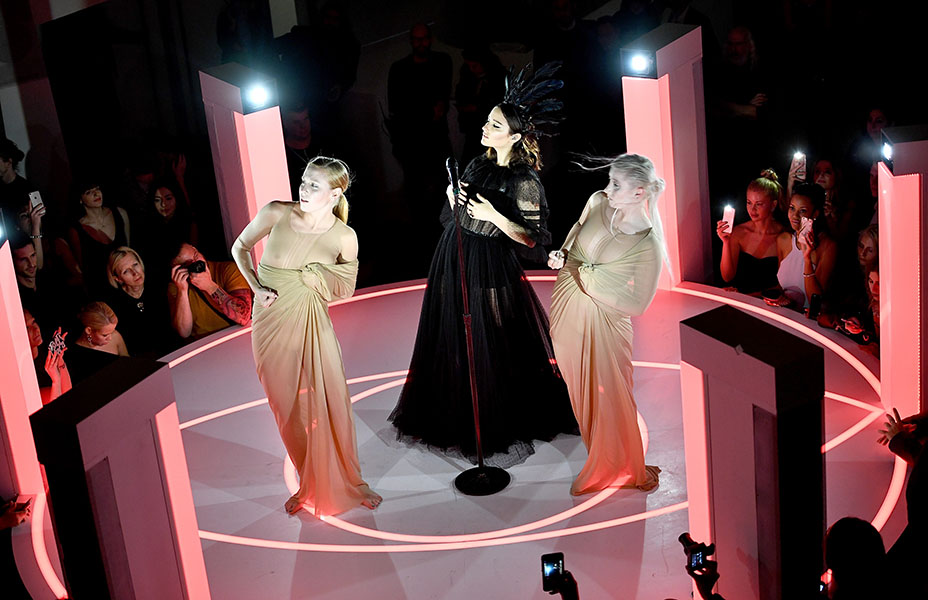 One of the few guests wearing a look designed by Dior’s new creative director Maria Grazia Chiuri, who presented her debut collection for the fashion house in September, was Banks. “I can’t believe I’m here wearing this dress,” she remarked onstage of the custom long, pleated black tulle and lace dress she wore with a feathered headdress that’s silhouette flickered against the concrete walls.

Amid the clothing, the performance and the selfie-primed backdrop — it could have been all too easy to overlook the artwork hanging on the walls: innovative yet spare geometric paintings in shades of black, white and grey by late artist Agnes Martin.

Those who paused to look a little deeper though, would have been easily able to draw a connection between the artist, a pivotal figure in the male-dominated art world of the 1950s, and Grazia Chiuri, who is the first woman to helm the storied Parisian fashion house since its inception in 1946. Among those tuned-in — perhaps unsurprisingly — was Rachele Regini, the designer’s 20-year-old daughter who looked at each image carefully while wearing a look from the feminist-focused runway collection that she in part inspired. 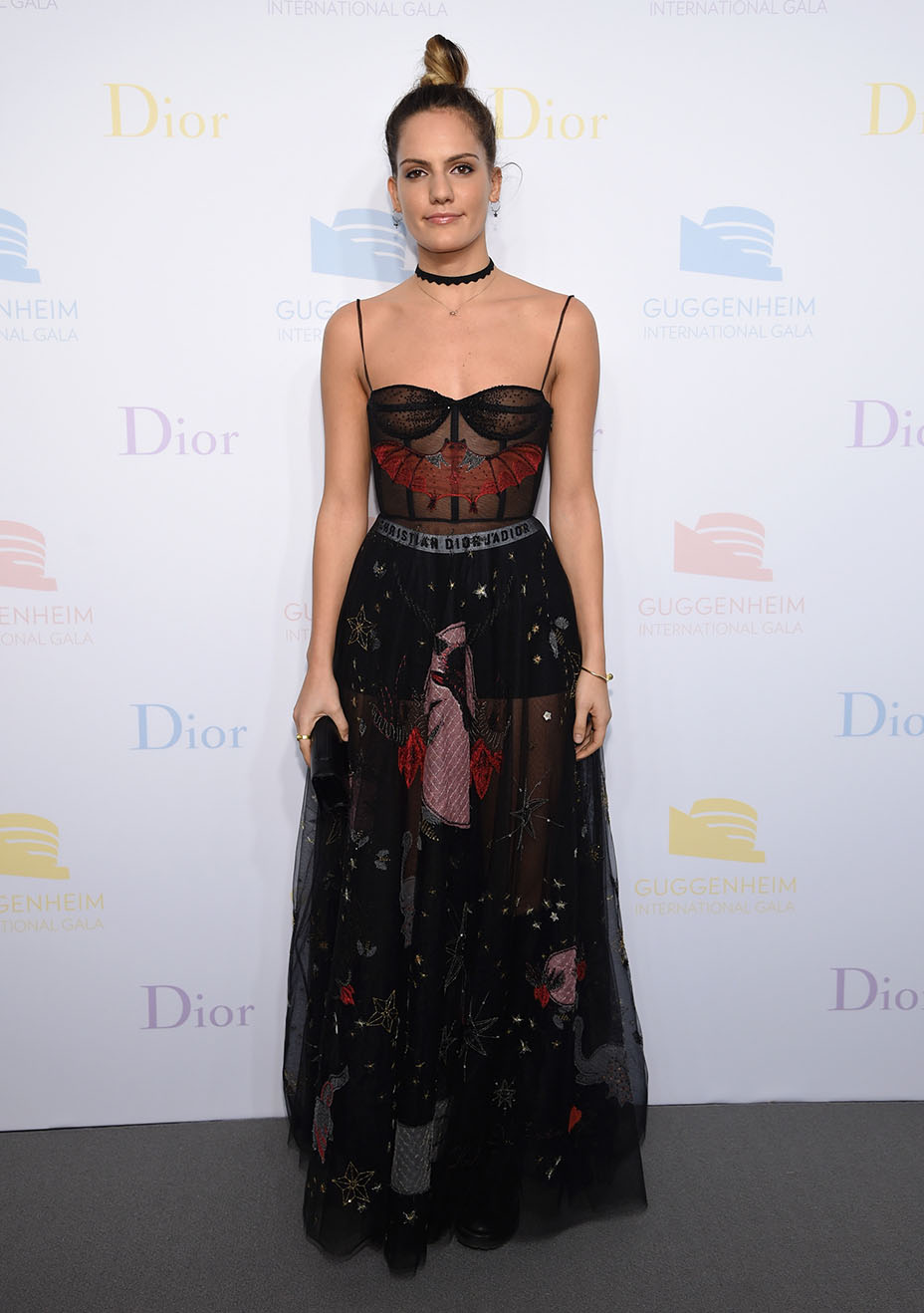