You could argue that no other label has been as prolific on the red carpet as the duo of Mark Badgley and James Mischka, who in the three decades of their business have dressed everyone from Taylor Swift to Jennifer Lopez, Winona Ryder to Halle Berry, Rihanna to Madonna and many more.

“We’ve been doing it long enough that we remember when an actress called a designer herself,” Badgley says. “It’s sort of decision by committee now: the stylist, the publicist, the producer — even a boyfriend gets a say. But when they come to us, they know what they’re going to get: unapologetic glamour.”

Tonight’s 8 p.m. debut of Badgley Mischka’s Spring 2019 collection at New York’s Spring Studios should feel more like a party than a runway show. Guests will be greeted with champagne, and the vibe will be undeniably festive as the Badgley Mischka duo celebrates the 30th anniversary of their label. The pair incorporated their brand on Aug. 8, 1988, “so it’s always easy for us to remember, plus it’s a very auspicious number for Chinese numerology,” Mischka says.

“We’ve done traditional fashion shows for 30 years now, so we wanted to celebrate in a slightly different way,” Badgley explains. “It’s a more intimate guest list, and the show is more cabaret-style, with cocktails and a beautiful setting.”

The clothes at tonight’s event likewise will feel celebratory. “For James and I, this collection highlights everything we love most about what we do,” Badgley says. “Each dress is really special. We scoured the world for the most beautiful fabrics, and the embroidery and beading this season we think is truly beautiful.”

“This collection takes everything we’re about to the nth degree,” Mischka adds.

Not content to focus solely on that anniversary collection, Badgley Mischka also will introduce new product offerings. Dresses for little girls for a touch of mommy-and-me glamour seemed like a no-brainer, and they’re working with Los Angeles-based Parker Smith to add denim to their sportswear group, polished jeans that are “embellished and treated as you might expect from us,” Mischka says.

Also making its debut tonight will be the pair’s first fragrance; with plans to scent the room via diffusers, attendees will literally smell it in the air. To create their eponymous eau de parfum, Badgley Mischka worked with perfumer Richard Herpin, the “nose” who has created scents for Tom Ford, Van Cleef & Arpels and others, and TPR Holdings, the same company that produces Oscar Blandi Hair Care, Mally Beauty and the Zihr men’s skincare line. 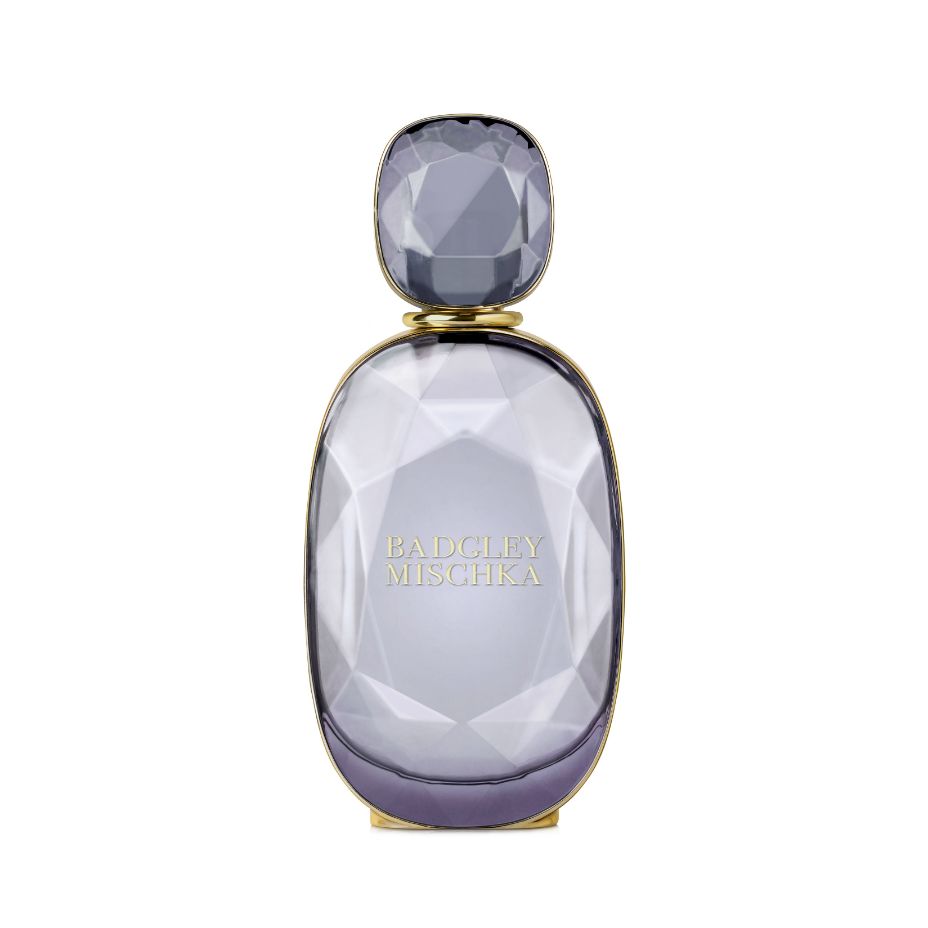 Housed in a faceted, amethyst-toned bottle, the fragrance features a magnolia heart inspired by the flowering trees in the backyard of a Kentucky vacation home the duo once owned, complimented by notes of amber and musk. “We were always enchanted by those magnolia blossoms, but we also liked the idea of creating a scent that felt like a floral champagne,” Mischka says. “The bottle is also really luxurious, like a piece of jewelry. It’s faceted and feels weighty in the hand.”

Such projects indeed seem like a lifetime from the rack of 10 cocktail dresses that comprised Badgley Mischka’s first collection. The pair met at New York’s Parsons School of Design, but went their separate ways to work at other labels before realizing their shared aesthetic could be a business. Early on, they had coined a phrase: “One zip and you’re fabulous,” a mantra of instant glamour that has changed little over 30 years. “We very much believe in that philosophy,” Badgley says. “When James and I first started, it was all about sportswear; the New York industry was inundated with it. Grunge and layering with five different pieces were also popular, but that never appealed to us. Maybe one of the reasons for being around 30 years later is that we haven’t tried to be everything.”

While they were building a healthy following via retailers, both agree it was the red carpet that rocketed their names into the mainstream. “I would say 1995 and 1996 were our big moments,” Mischka says. Teri Hatcher’s appearance in a silver brocade gown at the 1995 Emmy Awards, followed by Winona Ryder in a blush organza gown with matching stole at the 1996 Academy Awards, indeed changed everything. “Up until then, people thought [Badgley Mischka was] a Russian female designer,” Badgley notes. “It wasn’t until those red carpets that it became clear we were two guys in New York. It had a huge effect on our business.” (A 2015 coffee-table book, Badgley Mischka: American Glamour, showcases these and other moments.)

As early cheerleaders of the power of the red carpet, the pair became the go-to label long before other brands recognized the opportunity. “We dressed Jennifer Lopez for the Oscars four times,” Mischka points out.

Among their all-time favorites: Helen Mirren, who consistently has worn Badgley Mischka for a wide range of red carpets and press tours. “She always looks amazing and is so inspiring to work with — she’s always put together just beautifully,” Badgley says. 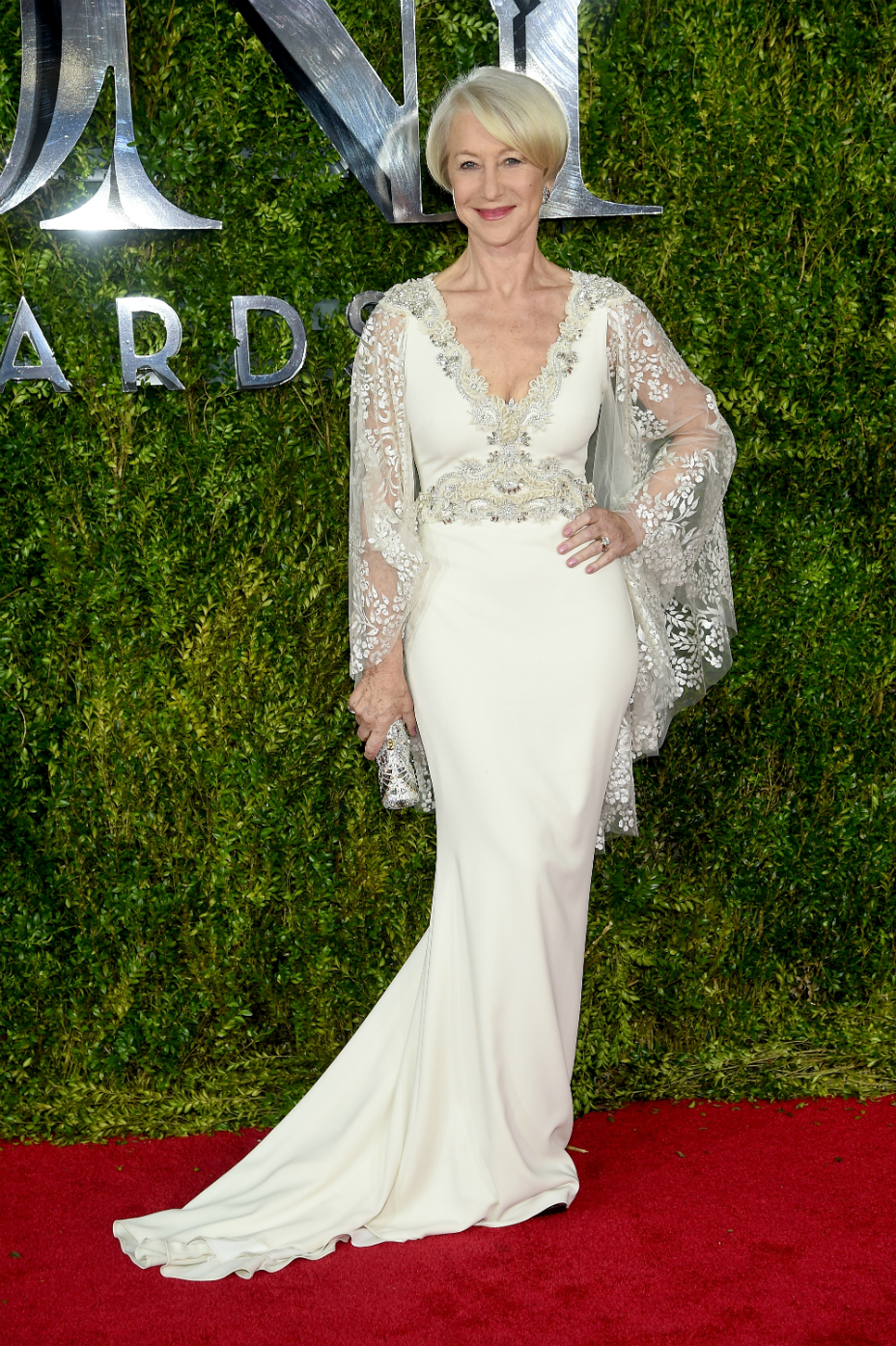 While current red carpets have evolved to feature a global roster of designers — “and contracts for everything, for fragrance, for makeup, for clothes,” Mischka adds — the pair is content with the relationships they continue to nurture. “We’ve always loved working organically and intimately with our clients,” Mischka says. “We really prefer working with them directly, and they know we’ll come up with something perfect.”

The longtime partners solidified their relationship in another way in 2013: They got married. It’s easy to sense the yin and yang of their union, in the way they effortlessly finish each other’s sentences, but they’re also quick to admit how each complements the other.

“James has a laser focus when he needs to,” Badgley says. “Sometimes fashion can be a very emotional business, but he doesn’t let the minutiae get in the way. He stays very focused and can kick into high speed when he needs to. He’s also very honest.”

“And Mark is always so great about keeping the emotion and the passion in everything,” Mischka says.

As they take their bow at tonight’s show, the duo will be thinking not only about 30 years — “a lifetime in fashion,” Mischka calls it — but also the inherent value of that partnership. “This is a fun, exciting business, but it’s also a pressure cooker on a daily level,” Badgley notes. “To have a partner in this is a real asset. I don’t know if I would have wanted to do it solo.”

Says Mischka, “We’re still in it for a long time, together.” 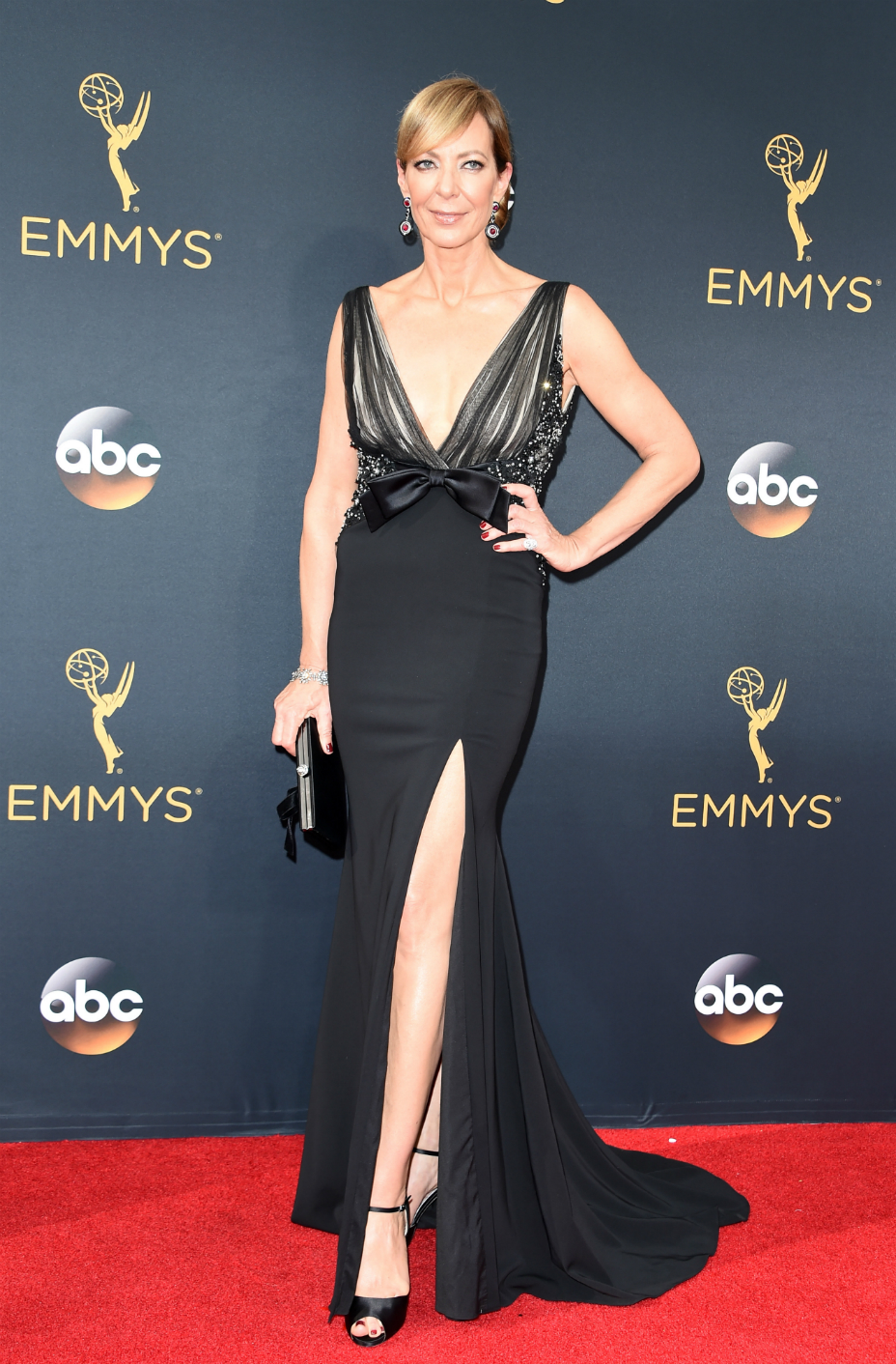