“My mom worked at Nordstrom,” actor Mark Ruffalo said, above the din of the surging crowd. “At Horton Center in San Diego. They were all blown away here. She worked there for eight years until she retired.”

Ruffalo was taking in the scene Tuesday night at a perch near a rack of brightly colored bandleader-style trousers and military shirts from the Calvin Klein 205W39NYC spring collection at the opening of the Seattle-based retailer’s first foray into Manhattan.

So, Butt Masks Are a Thing Now

“It’s pretty amazing,” he says, looking around the store. “I got to come in here a few days ago and have a look around. And, yes, I have a few things set aside,” Ruffalo adds, laughing. “I live on the Upper West Side, so it’s really convenient for me.”

That might come in handy if the actor needs to pick up a few extra duds as he embarks on his worldwide press tour for Avengers: Infinity War, due out April 27.

“I just got back from Mexico City, and I’m going to Shanghai next week,” he marvels. “There are 30 actors going all over the world.”

Back on the isle of Manhattan, the Nordstrom family is staking their retail claim with the 47,000-square-foot, three-level, stand-alone men’s store on West 57th Street, a stone’s throw from Columbus Circle’s Time Warner Center and not that far from the existing menswear troika of Barney’s, Bergdorf Goodman Men’s and Saks Fifth Avenue to the east. 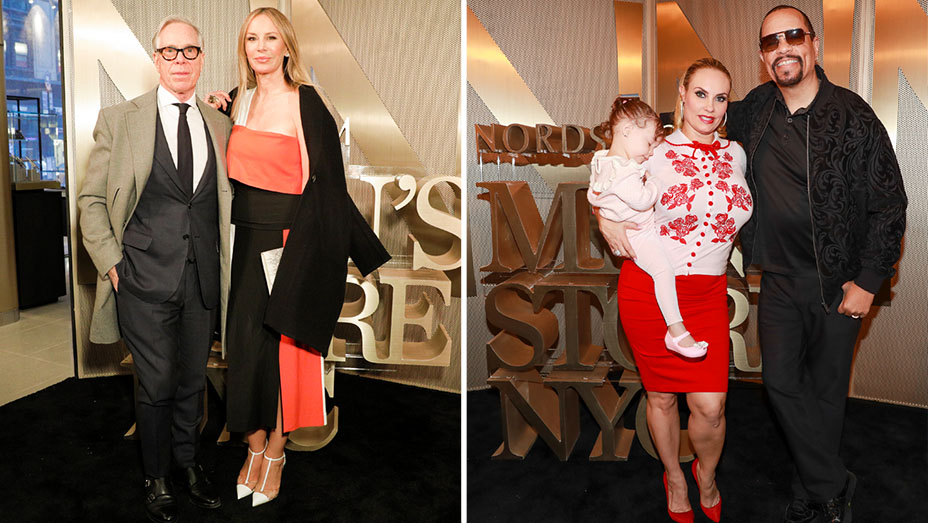 It’s the first salvo in a one-two punch from Nordstrom, with an expansive 320,000-square-foot women’s store currently under construction across the street and set to open in the fall. The combined ticket for entry to New York’s fabled lineup of stores is estimated at a cool $500 million or so.

With Hearst’s publishing quarters just around the corner, it’s no surprise that many of its star editors dropped by to check out the store, including newly installed Elle editor-in-chief Nina Garcia, her Harper’s Bazaar counterpart Glenda Bailey and Esquire’s top guy Jay Fielden, as well as his fashion director Nick Sullivan.

“I’m from Seattle, so I grew up with Nordstrom’s,” Carl says when asked what he thinks of the store. “I have already done some shopping.”

As Pete Nordstrom, who is also chief merchant, noted in industry bible Women’s Wear Daily earlier this week, many of the store’s loyal customers come for the drool-worthy selection of footwear: “That goes back to our roots — we sold only shoes for 60 years.”

On the lower level, as waiters passed sirloin tidbits wrapped around shoestring potatoes and mini lobster rolls and DJ Premier and The Badder Band pumped the beat, the crowd swarmed in the commodious shoe department, with everything from icy-pink Valentino sneakers to caramel Santoni wingtips. There also is a shoeshine stop and sneaker-cleaning station, part of the store’s emphasis on customer service both old-school and newfangled.

Digital screens will display bespoke suit options, and drop-and-go returns can be made at the store with customers scanning an item at a digital kiosk without the need to flag down a salesperson.

Human interaction comes with the fleet of tailors on staff (said to be the largest in town) for quick alterations and some special outreach for those times when a customer decides he just has to have that Balenciaga jogging pant at midnight. He can make that impulse buy online and a presumably smiling Nordstrom’s associate will be there to meet him at the door to the store along with the item all wrapped up to go, day or night.