Among the attendees were Thomas’ husband Phil Donahue, Cristina Ferrare and Henry Winkler, who presented Thomas with the Champion of Children Award.

Before going over a laundry list of her accomplishments (including four Emmys, a Peabody, a Golden Globe, a Grammy and the Presidential Medal of Freedom), Winkler noted, “Marlo Thomas is that girl that every woman wanted to be, that every boy fell in love with. She is beautiful, she is brilliant, she has style and poise and lives her life in kindness.” 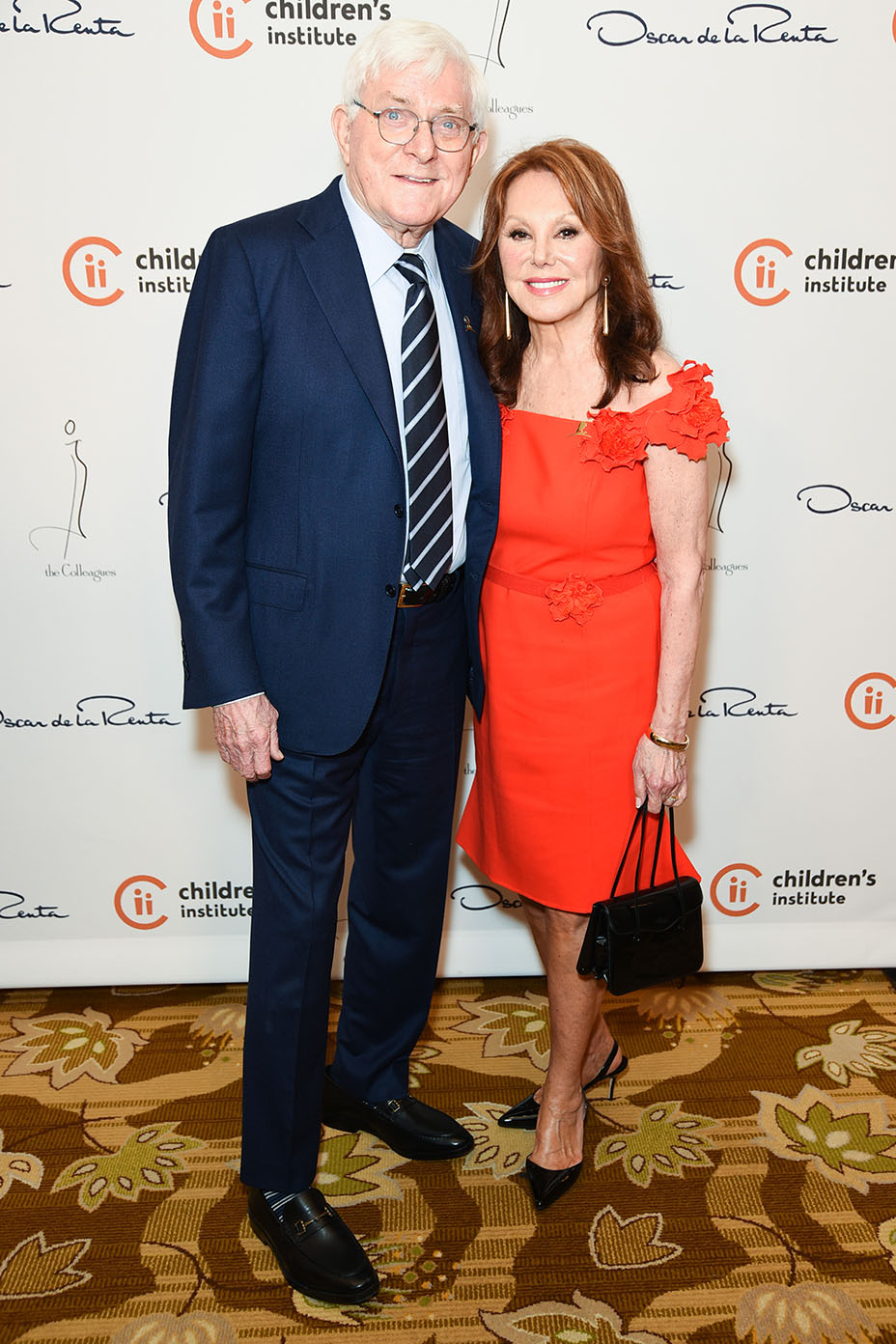 Taking the stage in a red dress from the Oscar de la Renta resort 2019 collection, the 81-year-old actress reminisced, “Of all the life lessons that my parents instilled in my siblings and me, the most precious came wrapped in one life-changing bundle, St. Jude’s Children’s Research Hospital, which our dad [Danny Thomas] founded in 1962. He talked about St. Jude so much, we thought he was one of our uncles.”

Pausing for laughs, Thomas continued: “In the lobby there was a party going on, there was ice cream and cake and confetti and balloons and the happy clamor of kids running around with little party hats. I said to the nurse, ‘Whose birthday party is it?’ She said, ‘It’s not a birthday party, it’s an off-chemo party.’ There were all these children celebrating and deriving strength from one child’s turn for the better. I realized at that moment that I had walked into a place, a community, where hope actually lived. As I was standing there, a mother walked over to me with a little 5-year-old girl to say hello. The little girl was so adorable. The mother said, ‘Do you know who this lady’s daddy is?’ The little girl proudly answered, ‘St. Jude.’ I fell in love with her, and with the spirit and hope in this wonderful place. These children have changed my life. I’m a different person because of them.”

The actress also spoke of her time on the 1960s sitcom That Girl, on which she starred and executive produced.

“I started off thinking I was just starting a funny show as a young woman trying to make it as an actress in the big city, but quickly I would realize that there were millions of little ‘That Girls’ all around the country; girls who were just waiting to have their dreams ignited,” said Thomas. “When the mail started coming in,  it was startling. We got the usual ‘I love your flip [hairdo]’ kind of letters, but we also heard from desperate girls. ‘I’m 16 years old. I’m pregnant. I can’t tell my father. What should I do?’ ‘I’m 22-years-old, I’ve got two kids, no job and a husband who beats me. What should I do?’ These girls had no one to go to, but this fictional girl that they identified with … they felt as though she was their friend. My assistants and I tried to find places of refuge for them to go to, just like The Colleagues do today, but there was no place for them to go. I noticed that mail, and it politicized me.”

Over the span of their 69 years influencing Los Angeles, The Colleagues have raised over $25 million and helped to serve thousands of underprivileged children through the Children’s Institute. Tuesday’s event was no exception, with $61,000 raised in an on-site auction that included a New York Fashion Week experience complete with two front-row tickets to the spring 2020 Oscar de la Renta collection; a sketch from the brand’s fall 2019 runway show; a five-night escape to de la Renta’s private villa in the Dominican Republic; a four-night package at the Four Seasons Resort Maui at Wailea; and a three-day experience at the Villa d’Este Hotel in Italy.

Rounding out the afternoon was a presentation of the Oscar de la Renta fall 2019 collection, as seen at New York Fashion Week.

“I’m very proud to be championing Oscar’s causes,” said Garcia, who helms the line with co-creative director Laura Kim. “He really believed in supporting underprivileged children. Not just here, but across the world. He opened an orphanage in the Dominican Republic, and it’s a part of our duty to continue his legacy by supporting the things that he really believed in, as well.”

Of Thomas, the woman of the hour, he added: “I think she looks stunning!”