Continue to The Hollywood Reporter SKIP AD
You will be redirected back to your article in seconds
Skip to main content
August 3, 2017 12:58pm

The 5-foot-10 beauty stepped out at The Peninsula Hotel in Beverly Hills, clad in a plunging Shaina Mote dress that revealed her Perfect Shape bra (“It gives you that extra lift,” she says) from the new range. In addition to the Perfect Shape style, the Body by Victoria collection also offers the Unlined Demi bra and the Lined Demi bra, with prices starting at $34.50.

Hunt was styled by Danielle Nachmani, who also works with Spider-Man: Homecoming star Laura Harrier, for the evening. 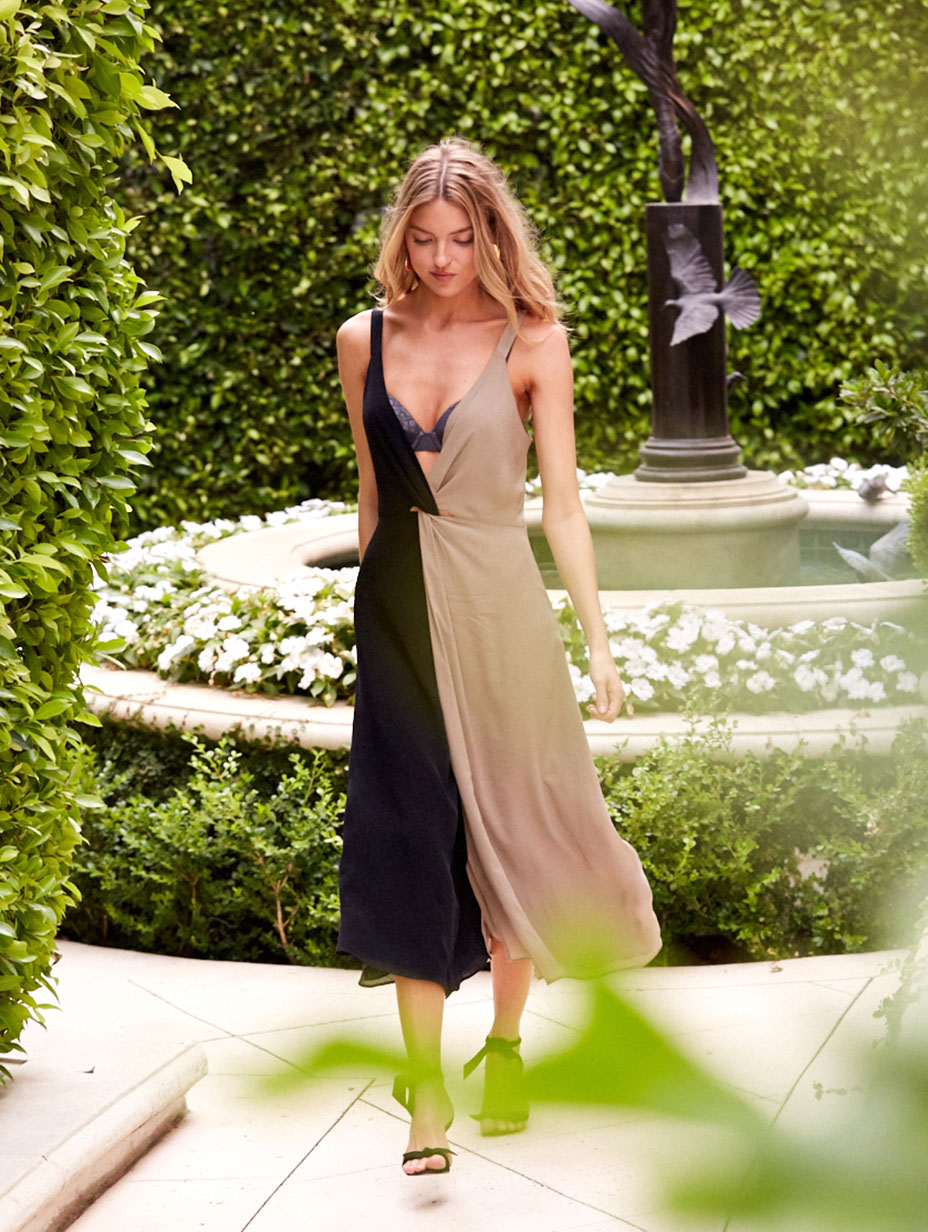 The 28-year-old model shares that she enjoys working with Nachmani because “she’s a bit more minimal and that’s sort of more my vibe.” Hunt adds: “I think in this era, there’s a lot of extra-ness going on, just in general, it’s always all about making a moment. I like that she pays attention to detail and can make a moment in a subtle way.” Indeed, Nachmani is all about keeping it simple, yet impactful, as she previously told The Hollywood Reporter, “There are really beautiful pieces out there, and allowing them to live on their own is something that’s an homage to the designers.”

When it comes to her go-to outfit, New York-based Hunt says, “It’s hard to beat denim cut-offs and a t-shirt.” However, in the fall, she’s a fan of “throwing on a blazer or leather jacket. I think that easily makes any outfit more sleek.”

While in town, Hunt shares that she’s like to shop at Isabel Marant and Marni and getting a bite at In-N-Out and Cafe Gratitude. “I love In-N-Out burgers,” she says. “It’s like a ritual — I have to have an In-N-Out burger every time I’m here.” We don’t blame you, girl.