“I’m not a model, so this is all new for me,” Mary J. Blige said backstage before the debut of Dennis Basso’s Spring 2019 collection at Cipriani 42nd Street. “But Dennis is a good friend; I was so honored that he asked me.”

Blige qualified for her runway walk in ways beyond modeling, of course. Basso said he based his latest collection on powerful women, a phrase that easily could apply to the nine-time Grammy winner and 2018 double Oscar nominee (for Best Supporting Actress and Best Original Song, both for Mudbound). Currently shooting Body Cam in New Orleans, Blige also appears in Basso’s latest ad campaign, images that will largely be seen in publications later this year, making her appearance on the runway a surprise for many in the audience.

“It’s an amazing journey to work with her, and I’m thrilled she agreed to do the show,” Basso said. 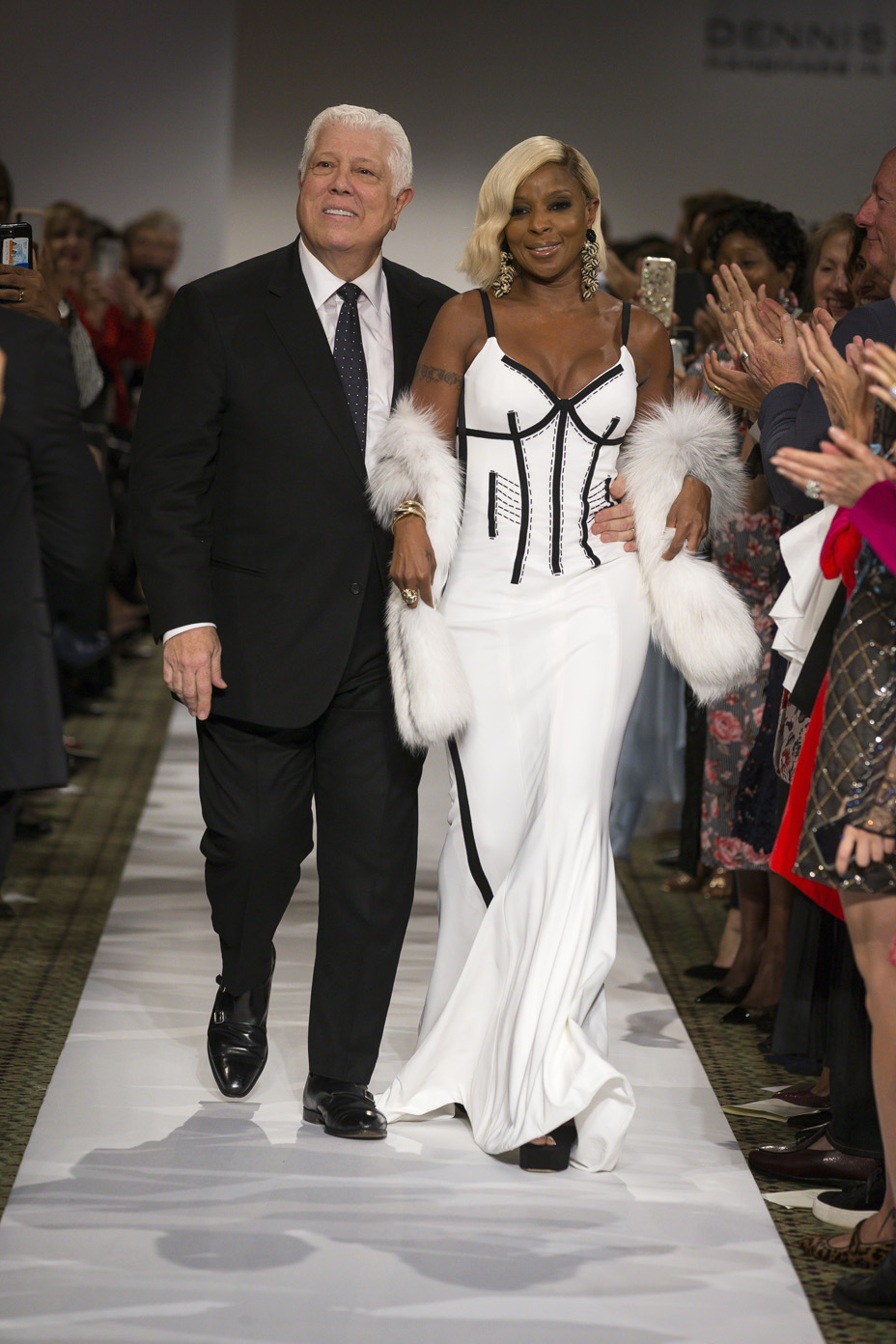 The pair has worked together for several years, and Blige is clearly a fan. “He’s been part of my career since I’ve been coming up,” she said. “I love that he can go chic or he can go street, and he also can combine the two really well. When we did the [campaign] shoot, we barely needed to do any tailoring; everything fit so well. He’s great with all body types, and is especially nice with curves.”

Basso’s desire to celebrate women included a special nod to Marella Agnelli, the 91-year-old Italian style icon and widow of former Fiat chairman Gianni Agnelli. “I was inspired by strong, important women, a feeling that’s modern and international,” he explained. “You’ll see that in the detailing, in the hand embroideries, all made in the USA.” (The designer is indeed proud of that status, including “Handmade in New York City” under his name on the runway backdrop.) 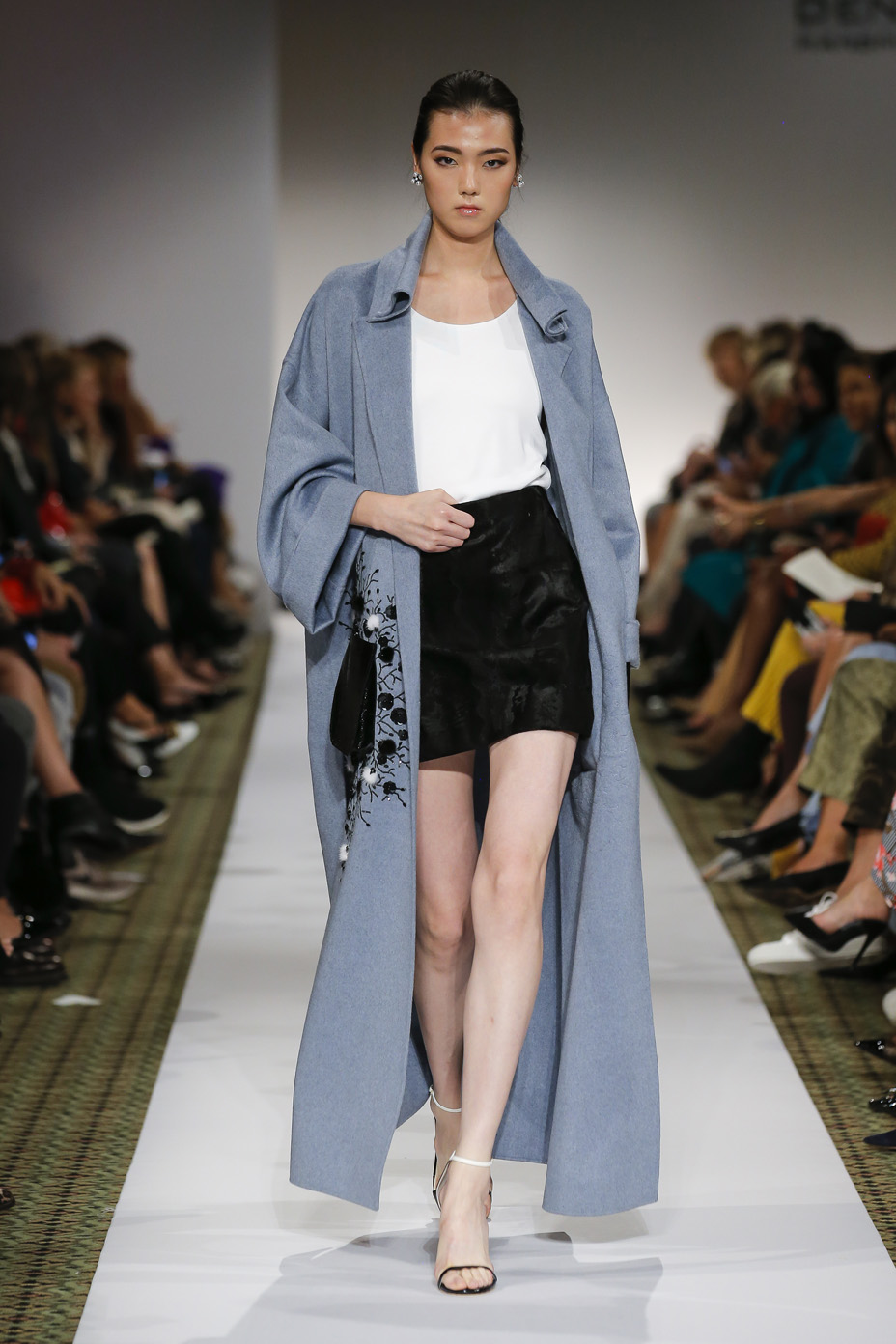 The handwork in this collection indeed was among its highlights, from the beading and embroidery that surrounded a black alligator pocket on a denim-blue cashmere coat to the flurry of black and white feathers on a sleeveless cocktail dress. We’ve also seen ribbons floating down the backs of gowns at several spring shows, and Basso offered up his own: an elegant option with a sleeveless white gown embellished with red floral embroidery, a red velvet ribbon and bow nestled in its cowl back.

Basso’s fans — Susan Lucci, Lorraine Bracco and Martha Stewart were among those in the front row — also love him for another reason, and Blige long ago signed on for that as well, she said: “He makes the best furs.”

For Blige’s finale moment, Basso designed a bespoke white jersey gown, its seaming highlighted by black grosgrain ribbon that also was used for the subtly beaded shoulder straps. It nicely suited both her style and the show’s theme; said Blige of her inclusion in Basso’s strong-women statement, “I feel powerful, I feel free, and I feel like me — no one’s going to stop that.” 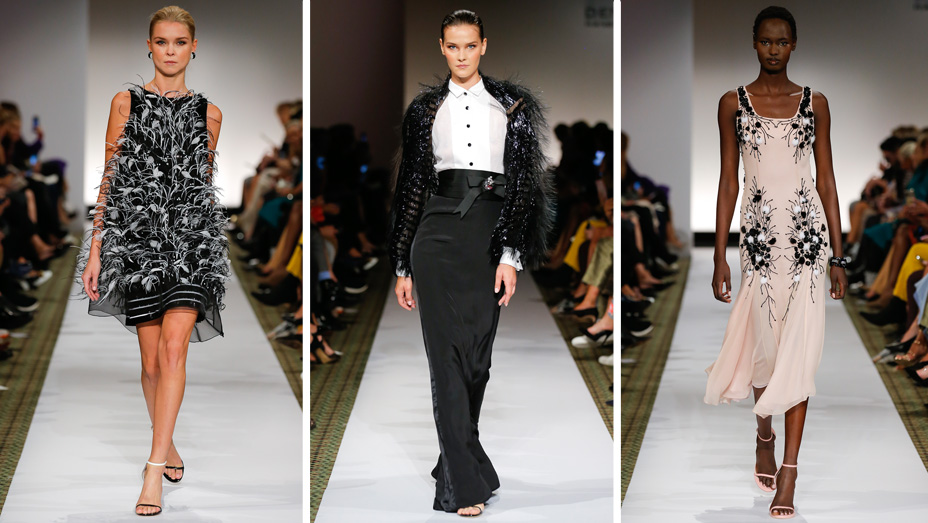 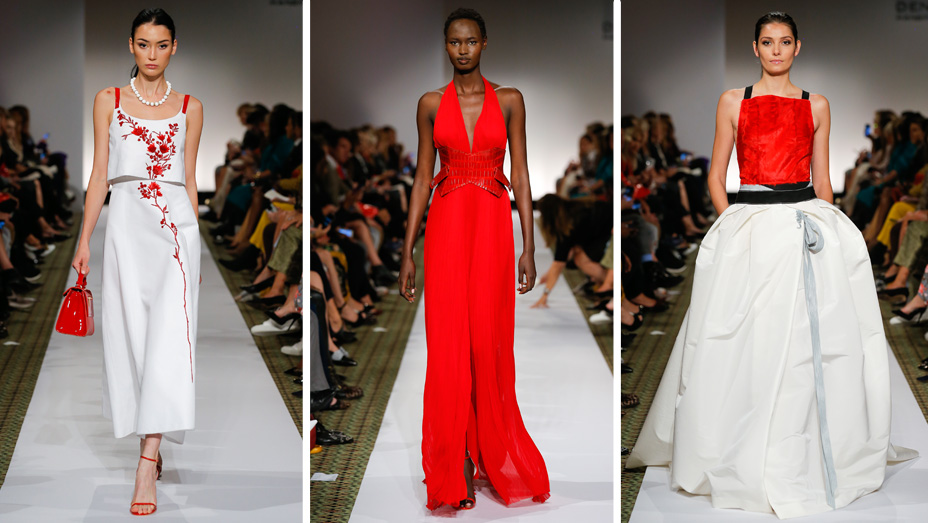