Todd Snyder lived every celeb superfan’s dream when he bumped into beautiful actor Matt Bomer at the designer’s very first CFDA Awards five years ago, and it was Bomer who reached out to him.

“He came up to me and said to me, ‘Hey I love your stuff,’’ recalls Snyder, who launched his eponymous label in 2011. “I was just blown away, obviously I’m a huge fan of his. Honestly, I don’t know if I said anything, I was a bit speechless.” The modest Snyder, an alum of Polo Ralph Lauren and J. Crew, was attending the prestigious awards as a nominee for the CFDA’s Swarovski menswear award — so he was a bit of a celebrity himself. His all-American, classic-with-an-edge aesthetic also earned him a spot as a CFDA/Vogue Fashion Fund finalist in 2013, as well as a 2016 nomination for CFDA menswear designer of the year.

Over the next few years, the designer cultivated a relationship with the actor, who, he noted, had been a longtime customer of his brand. So when Snyder asked Bomer to appear in his fall campaign, it felt natural. The game plan for the photo shoot, he explained, was for Bomer to simply be himself. 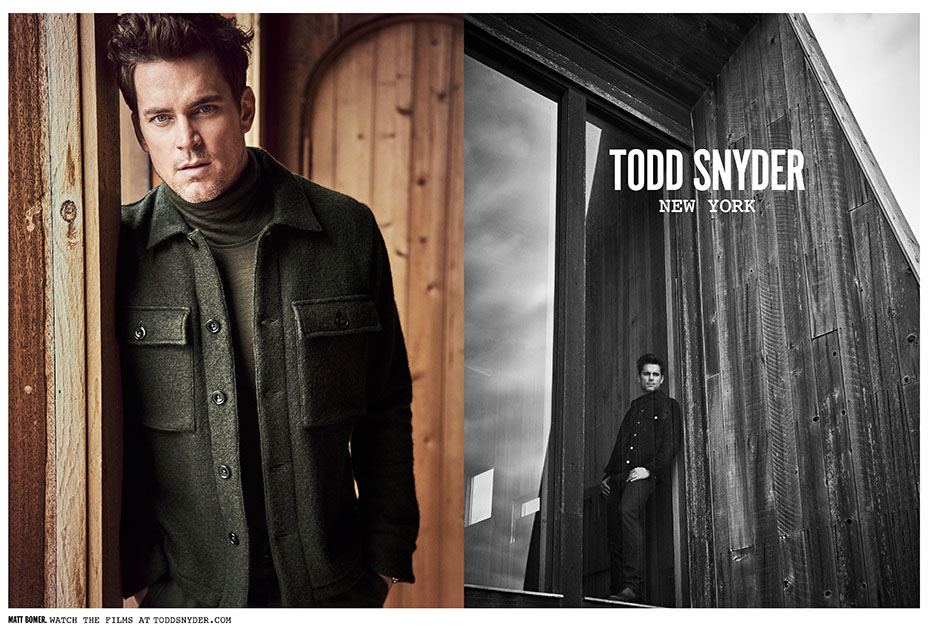 “We wanted to tell our brand’s story through other people,” added Snyder, “and Matt is someone who has great values and he’s a family man. He just fits our guy and who we want to be inspired by. And obviously he’s good-looking.”

The brand enlisted English photographer Matthew Brookes for the shoot, which took place on Fire Island in New York with the beach and a few mid-century modern homes as the backdrop for the rugged and masculine images. “So often [Bomer] looks almost perfect on screen, and I think he really likes the idea of looking more like he does every day,” said Snyder, adding that the actor didn’t shave for four days.

Bomer’s good looks, of course, make the images all the more special. “I’m sure he’s been told he’s beautiful so many times that I would think it would get annoying,” joked Snyder. “But I would have no clue.” 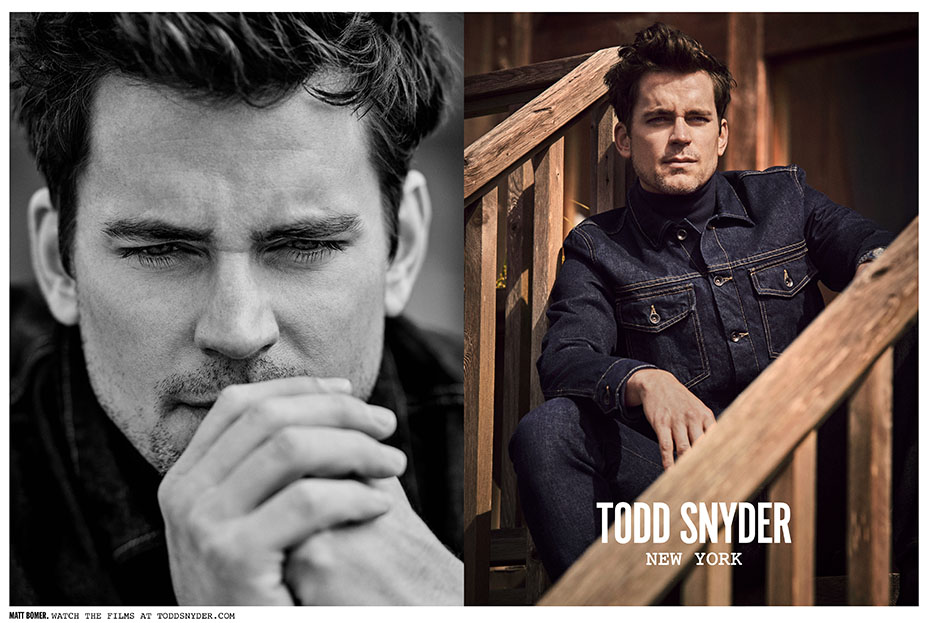